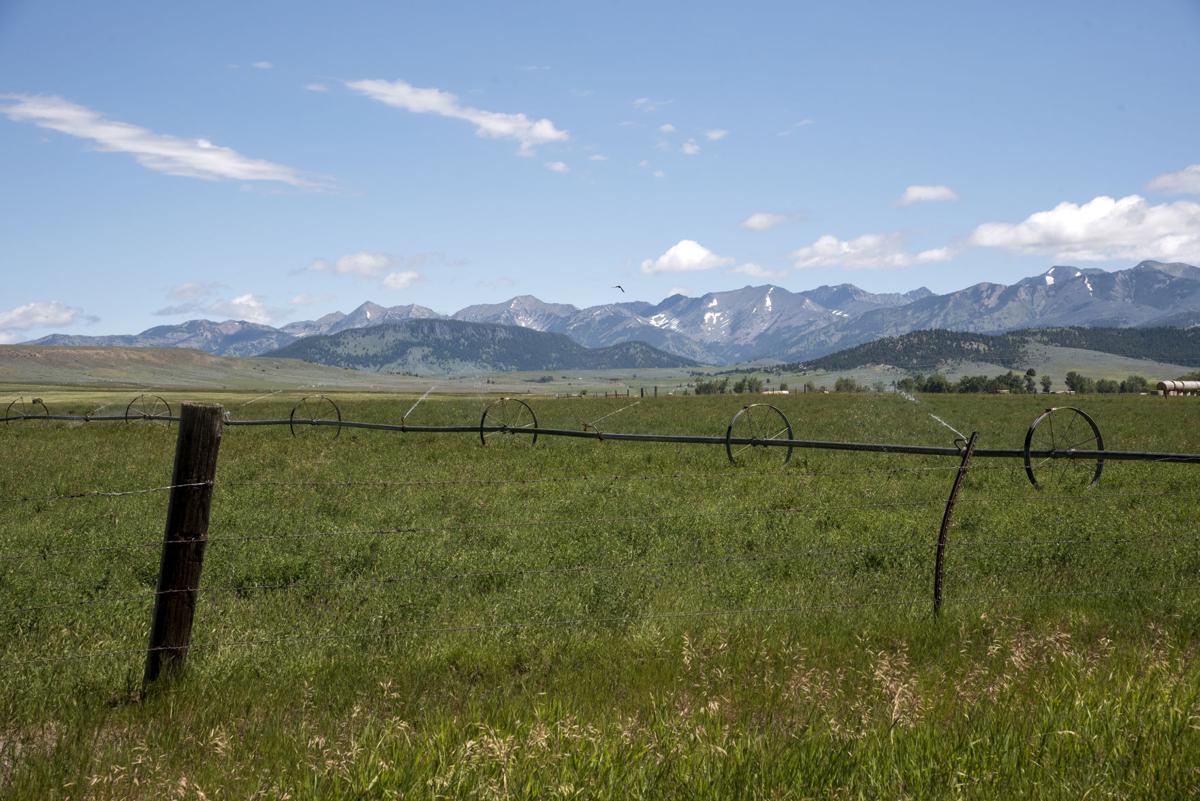 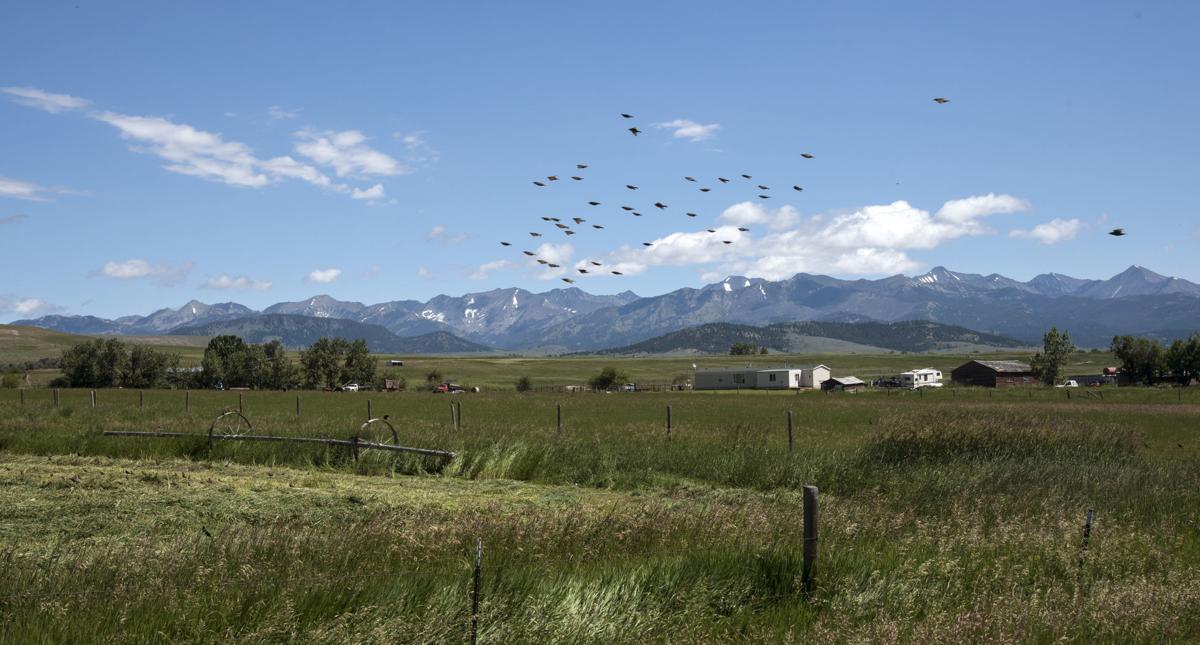 Federal officials have formally approved a land deal in the southern Crazy Mountains northeast of Livingston, moving ahead with swaps with two ranches and leaving a third and more controversial trade untouched.

The U.S. Forest Service released a final decision Monday approving the South Crazy Mountains Land Exchange. Under the deal, the Forest Service will trade about 1,920 acres of federal land for 1,877.5 acres of private land in the island mountain range.

The swaps create a more contiguous block of public land in that part of the range, which is notorious for its complex mix of land ownership and public access conflicts. The exchange also locks in a couple of road easements.

Plenty is left to do before the land officially changes hands, but the decision issued Monday represents the final approval of the exchange, which the landowners and the Forest Service had been talking about for more than a decade.

The land exchange was put out for public review in fall 2019 as a package of trades with three ranches. Trades with Rock Creek Ranch and the Wild Eagle Mountain Ranch are going forward. A trade with Crazy Mountain Ranch won’t advance.

That part of the deal drew heavy opposition from hunters and groups like Backcountry Hunters and Anglers and the Montana Wildlife Federation. They raised concerns that the Forest Service was giving up lowland elk habitat that’s accessible for hunters for land surrounding two mountain lakes deeper in the range.

In the decision, Acting Forest Supervisor Kathy Minor wrote that the land exchange with Crazy Mountain Ranch was pulled because of concerns from the public “about the loss of public access for hunting and to a lesser degree fishing” on the public land the agency had proposed trading to the ranch.

Federal officials aren’t slamming the door shut on that deal, however. Minor wrote that the decision allows for “additional consideration” of that piece. If the agency decides to go forward with the Crazy Mountain Ranch trade in the future, officials would write a new draft decision notice and put it out for a 45-day objection period. 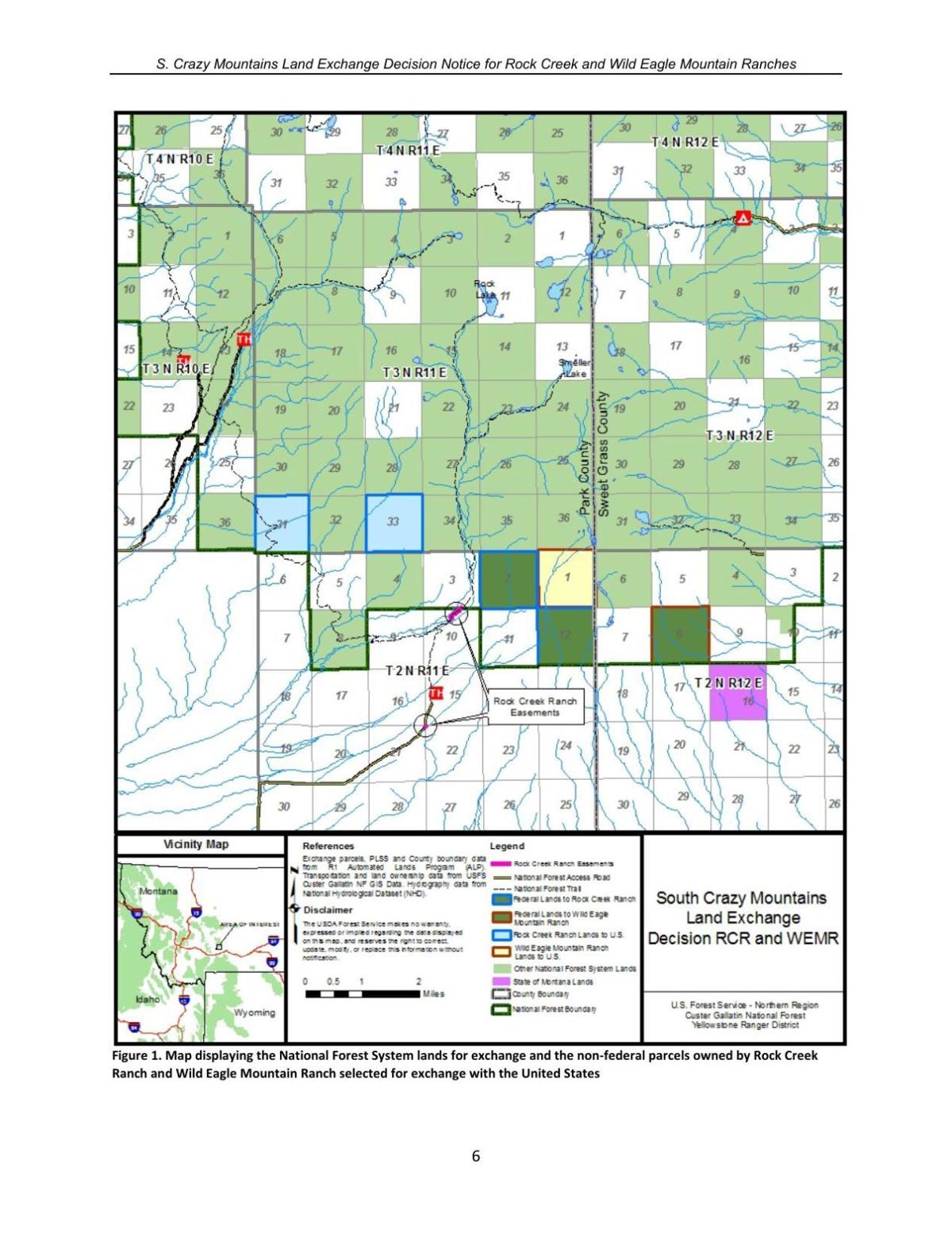 Both ranches have agreed to place conservation easements on the property they’ll receive, preventing future development.

Rock Creek Ranch is donating the two road easements in the deal. One erases a 100-foot gap in recorded easements on Robinson Bench Road where it crosses the ranch’s property. The other is a permanent administrative easement for the Forest Service on Rock Creek Road, which doesn’t come with public access.

Marna Daley, a Forest Service spokesperson, said in an email Monday that officials will now review the title files. Once that review is complete, the parties involved will sign the exchange agreement. She said they hope to sign deeds on the land in July.

Michael Wright is the Chronicle’s managing editor. He can be reached at mwright@dailychronicle.com or at 582-2638.

Michael Wright is the Chronicle's managing editor. He has been with the Chronicle since 2015. As a reporter, he covered the environment and politics.