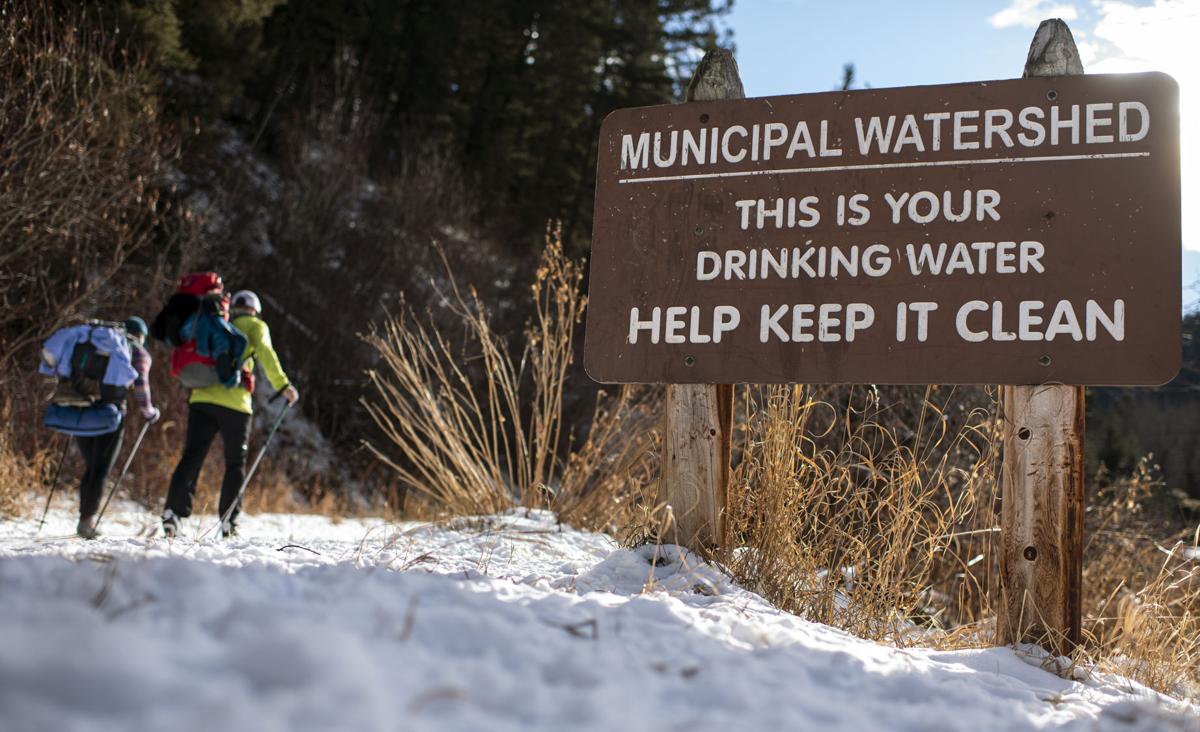 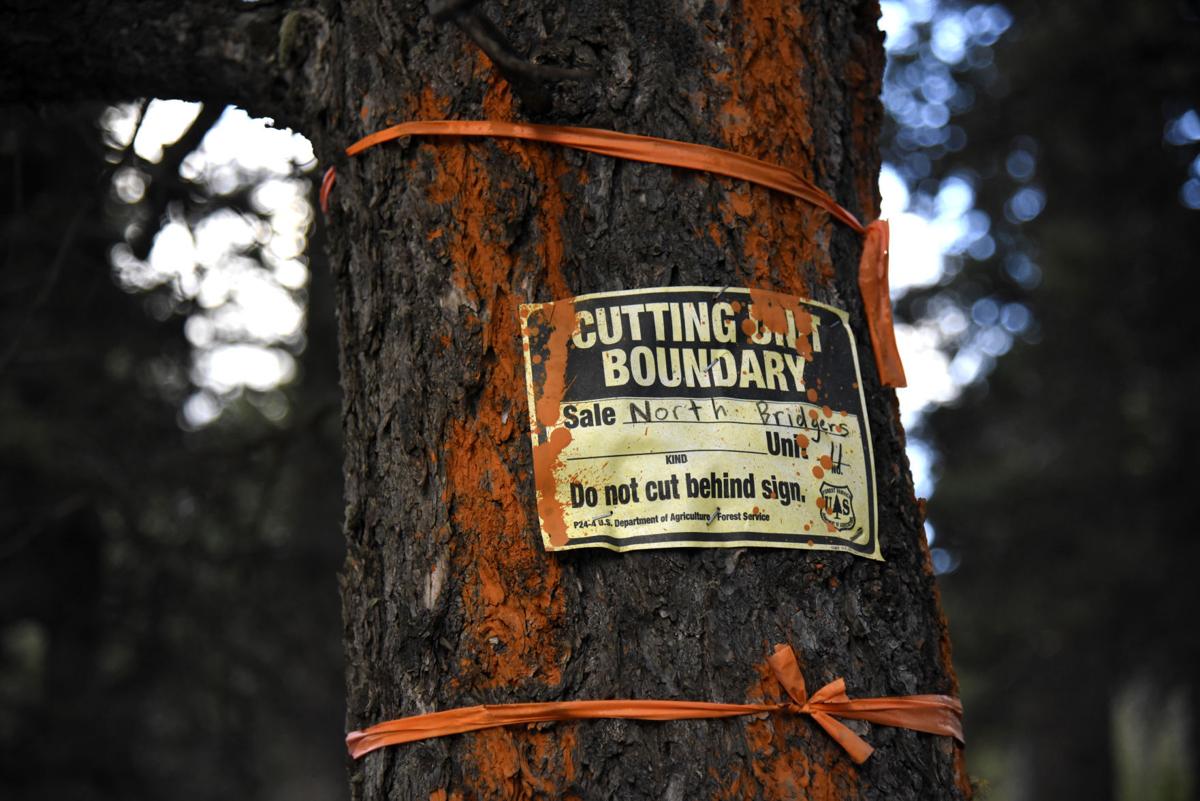 A sign designates the boundary of the logging project in the North Bridgers on Oct. 15, 2020, off Fairy Lake Road. The marked trees are those that the Forest Service has decided to keep, while the unmarked trees will be logged. 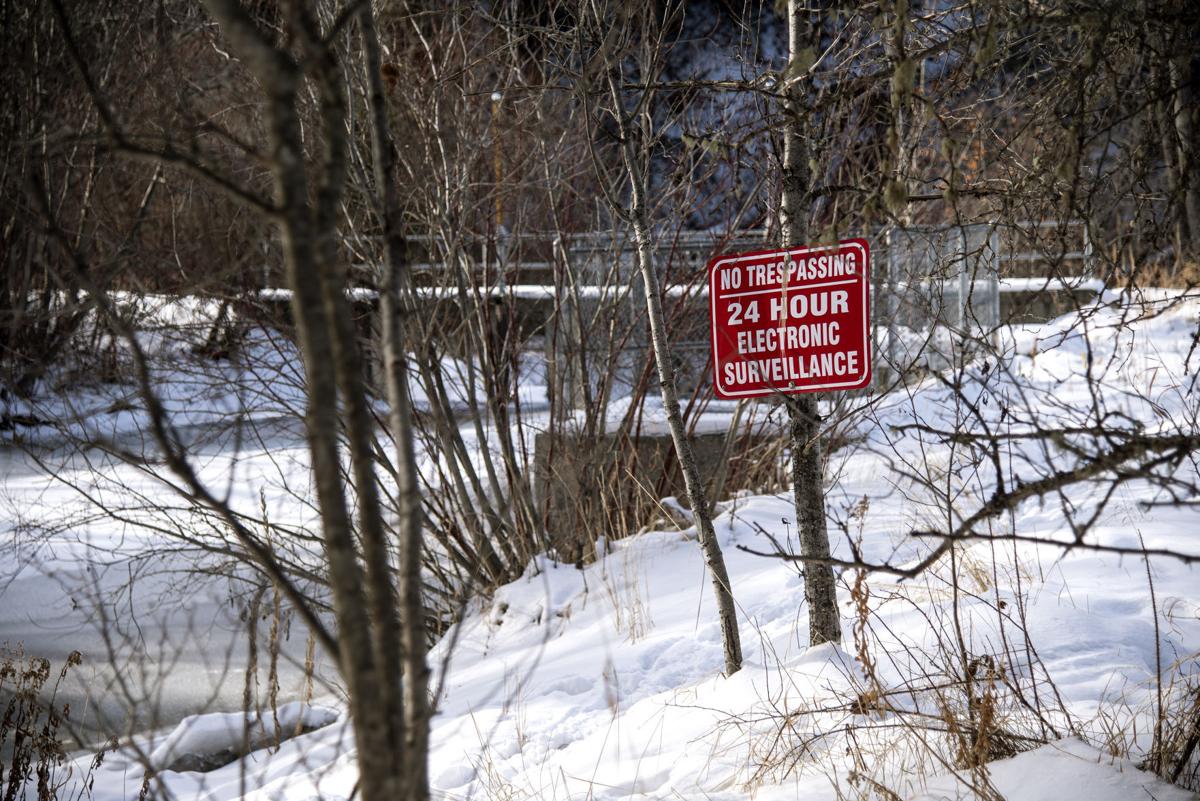 Bozeman Creek flows through a municipal watershed facility on Dec. 18 ,2020, off of Sourdough Canyon Trail. 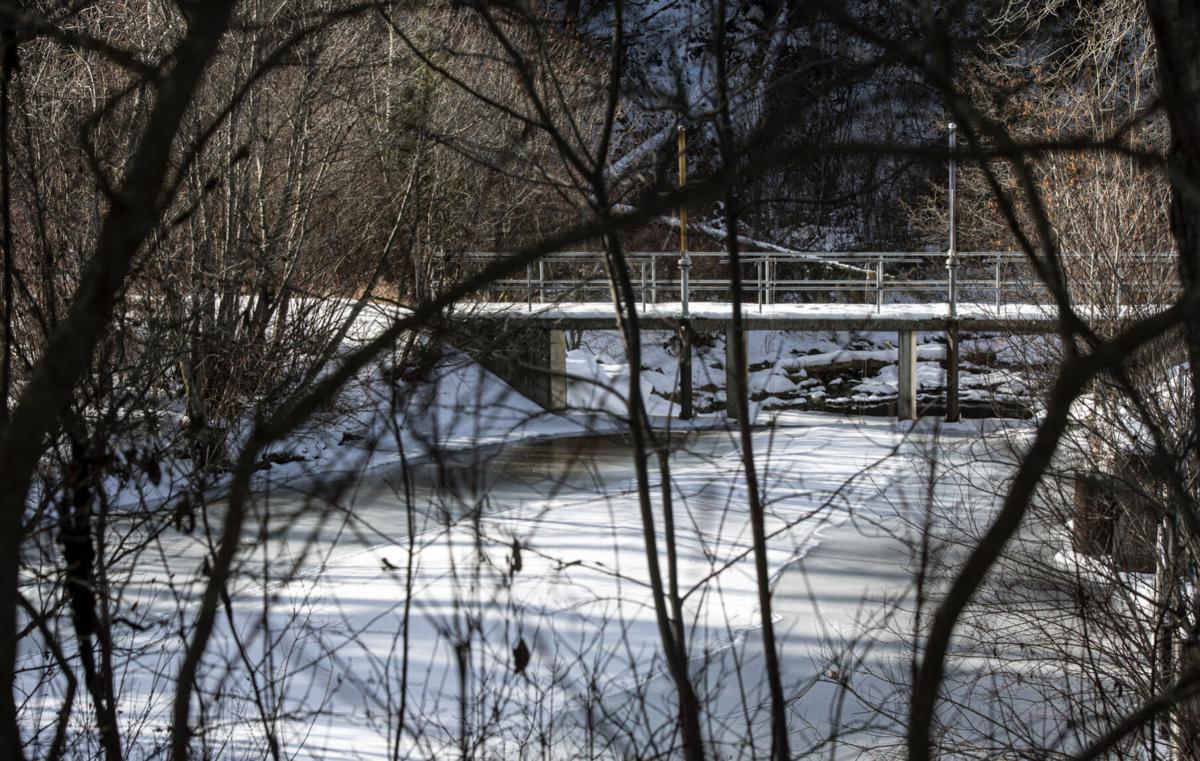 Bozeman Creek flows through a city water facility on Dec. 18, 2020, off of Sourdough Canyon Trail.

A sign designates the boundary of the logging project in the North Bridgers on Oct. 15, 2020, off Fairy Lake Road. The marked trees are those that the Forest Service has decided to keep, while the unmarked trees will be logged.

Bozeman Creek flows through a municipal watershed facility on Dec. 18 ,2020, off of Sourdough Canyon Trail.

Bozeman Creek flows through a city water facility on Dec. 18, 2020, off of Sourdough Canyon Trail.

A federal judge dismissed an environmental law firm’s attempt to block three timber projects around Bozeman and Hebgen Lake Thursday, but the firm isn’t giving up on the case.

Cottonwood’s lawsuit focused on three timber projects —the Bozeman Municipal Watershed Project in the Gallatins, the North Bridgers Forest Health Project in the Bridgers and the North Hebgen Multiple Resource Project north of Hebgen Lake. The Forest Service approved the projects in 2011, 2018 and 2017, respectively.

The watershed project calls for thinning and burning on approximately 4,700 acres of forest in the Bozeman and Hyalite Creek drainages. Officials are concerned a large wildfire in the Gallatins could contaminate Bozeman’s water supply, since 80% of the city’s water comes from those drainages. They hope reducing fuels there will protect the city’s water, firefighters and homes if a fire breaks out.

The North Bridgers project involves thinning and logging on around 2,300 acres from Bridger Bowl to north of Flathead Pass. Work is set to occur along Fairy Lake Road, on Battle Ridge, on Grassy Mountain and along Brackett Creek. Officials want to remove trees that have been killed by pine beetles. The project was approved under a categorical exclusion — a legal provision that lets agencies speed up environmental review.

The North Hebgen project involves just under 5,700 acres of logging spread out over approximately 73,000 acres. Forest Service officials hope to reduce the risk of a wildfire in the area threatening homes. They also hope the work will help restore aspen stands.

This July, Cottonwood Environmental Law Center attorney John Meyer sued the Forest Service over the watershed and North Bridgers projects. He wrote that the Forest Service approved both plans under an outdated forest plan that doesn’t account for climate change.

Failing to supplement the forest plan’s review is a violation of the National Environmental Policy Act, he claimed, as agencies must supplement their review of projects when “significant new circumstances” arise. Meyer then filed a motion to enjoin the North Hebgen case, since that project was also approved under the 1987 forest plan.

Morris tossed out Cottonwood’s argument that the Forest Service didn’t adequately consider climate change. He wrote that since the Forest Service in the process of establishing a new plan, supplementing its old plan to account would be “duplicative.”

“At this point, we’re excited to move forward with these projects for the greater good of the landscape,” said Corey Lewellen, Bozeman District Ranger.

Jason Brey, Hebgen Lake District Ranger, said the decision ensures work on three distinct timber sales within the North Hebgen project can move forward into the next season. Some companies have already completed some of the work, he said.

Now that the lawsuit has been dropped, the watershed and North Bridgers project can also continue as planned, Lewellen said. The Forest Service is in the process of awarding contracts to timber companies for the watershed project, and they anticipate work could start some time in the summer. Prescribed burning could start in the spring, though the timing largely depends on weather conditions.

A logging contract for the North Bridgers project was awarded to the Sun Mountain Lumber, according to Lewellen. Workers have sprayed for noxious weeds and did road maintenance, but logging operations haven’t started yet.

Lewellen anticipates work on the project will start some time this summer, but the timing isn’t certain. Logging companies have discretion on when they can start work, but they ultimately need to follow all the Forest Service’s decisions on timing.

The public should expect to see logging equipment and forest service crews hauling timber out of the mountains around Bozeman while the watershed project goes on, according to Lewellen. They should also expect to see prescribed fire, smoke and burn piles. Temporary closures will also occur on hiking trails.

Brey said people should wait to judge the projects until three to five years post-treatment, when aspen start to rejuvenate and the burn piles are gone.

“That’s when you’ll really start to see the benefit of what we’ve accomplished on the landscape,” he said.

Meyer said he plans to take his case to the Ninth Circuit Court of Appeals, and he’s hopeful judges there will favor his claims. He said the Forest Service needs to supplement its forest plan to account for climate change before letting the projects continue.

“Climate change is the most existential threat facing humanity,” he said.

All three projects came under fire before John Meyer, Cottonwood’s attorney, took them on this summer.

Alliance for the Wild Rockies and the Native Ecosystems Council both challenged the watershed project in 2012, claiming it threatened critical lynx habitat. A judge put the project on hold for seven years before lifting the injunction this April.

The same two groups sued the agency again in 2019 over the North Bridgers project. They argued the Forest Service didn’t adequately consider the project’s impacts on the environment. A federal judge sided with the Forest Service this June.