Incumbent U.S. House Rep. Greg Gianforte of Bozeman is hoping to defend his seat in the midterm election against Kathleen Williams, also of Bozeman. 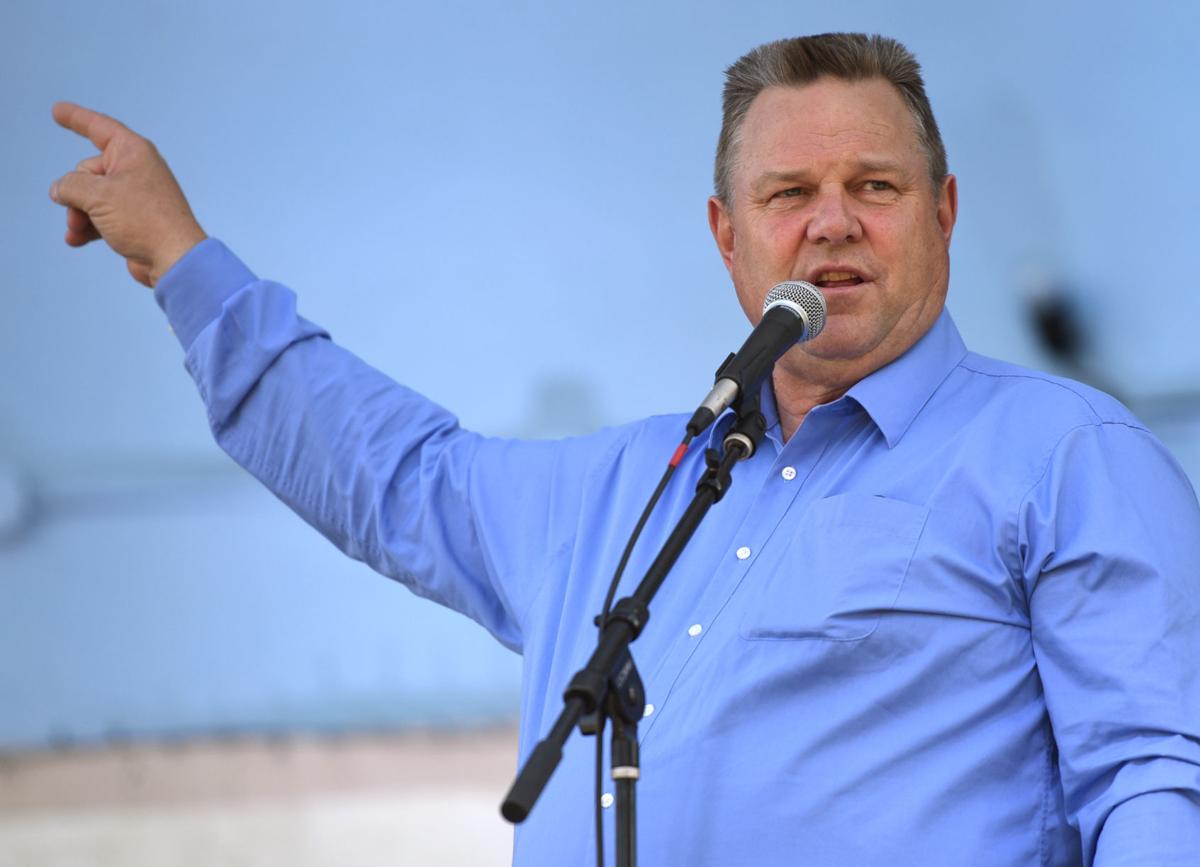 In this Chronicle file photo, Sen. Jon Tester gestures to the Absaroka Mountain Range as he speaks to the crowd gathered for the Last Best Outdoors Fest on Friday, Aug. 31, 2018, in Livingston. 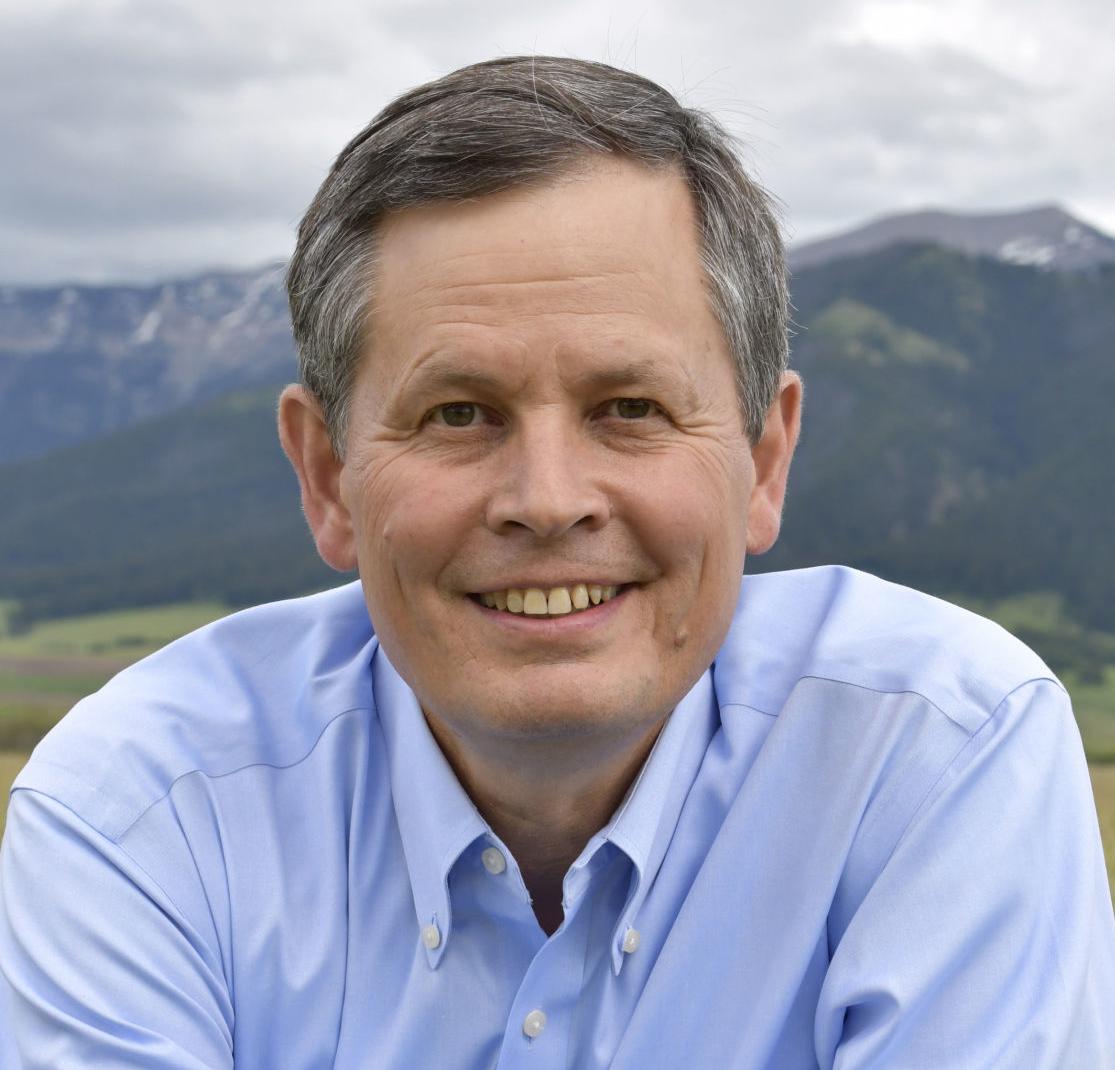 Incumbent U.S. House Rep. Greg Gianforte of Bozeman is hoping to defend his seat in the midterm election against Kathleen Williams, also of Bozeman.

In this Chronicle file photo, Sen. Jon Tester gestures to the Absaroka Mountain Range as he speaks to the crowd gathered for the Last Best Outdoors Fest on Friday, Aug. 31, 2018, in Livingston.

“State of Change” is a Chronicle series on climate change in Montana. Chronicle journalists fanned out across the state over the last several months to report on the impacts of climate change, the changes to come and how people are responding.

Discussion of climate change has become increasingly visible as young people speak out and groups like the Sunrise Movement and the Citizens Climate Lobby demand action from elected officials.

Rep. Greg Gianforte and Sens. Steve Daines and Jon Tester all say climate change is an issue that must be addressed, but they have divergent views on the role Congress should play in reducing greenhouse gas emissions and adapting to the already-changing climate.

Their contrasting views are part of the larger picture in Congress, where — despite the scientific consensus that climate change is happening and is human-caused — lawmakers debate its existence, disagree on what federal action should be taken and have made little progress in tackling it.

Gianforte, a Bozeman Republican, views human activity as one of several factors — including unhealthy forests that absorb carbon inefficiently — contributing to climate change.

To reduce greenhouse gas emissions, Congress must focus on innovation rather than regulation, which will hamper the economy and increase costs for consumers, Gianforte said.

He rejects proposals like the Green New Deal, which the Sunrise Movement supports and which sets goals that include having the United States convert to 100% clean and renewable energy by 2030 and supporting communities that rely on fossil fuel. He also doesn’t support the Citizens Climate Lobby’s push to tax carbon, which has been introduced in the House as the Energy Innovation and Carbon Dividend Act.

Because he sees regulation as ineffective, Gianforte said he stands behind President Donald Trump’s decision to withdraw from the Paris climate agreement, which he believes was unfair because it didn’t hold accountable countries like China and India, whose greenhouse gas emissions are increasing.

“The alternative approach is to invest in innovation so that we expand new sources of energy, both renewable as well as improved efficiency of fossil fuels, including coal, oil and gas,” Gianforte said. “I think that Congress should be focused more on incentives to increase innovation and improve the environment in the process.”

Among the pieces of legislation he backs are bills that make it easier for power plants to invest in technologies that reduce their carbon emissions.

Daines, also a Bozeman Republican, shares many of Gianforte’s views. He too said climate change is happening and humans are one contributing factor.

“To suggest that it’s human-caused is not a sound scientific conclusion,” he said. “There is a human component, here, but I think it’s important to recognize there are also natural trends, given the climate is always changing, it’s never static, it’s always increasing or decreasing.”

He added that the youth movement on climate change indicates people might be misinformed about the issue because the United States’ carbon emissions are the lowest they’ve been in 15 years and are continuing to decline. Carbon emissions fluctuate annually but have generally dropped between 2005 and 2017, according to the Environmental Protection Agency. Emissions rose between 2017 and 2018 based on research from the Rhodium Group, an independent research organization.

Daines attributes the recent decline in carbon emissions to fracking, which has led to increased use of natural gas. While natural gas emits less carbon than other energy sources like coal, it has contributed to a rise in methane — another greenhouse gas.

“I don’t think the story about what’s actually happening here in the United States is being told broadly enough,” Daines said. “I think about the concerns many young people have in Montana, (and) I’m not sure they’re hearing some of these important statistics about what the facts are, what the science is currently telling us.”

Like Gianforte, Daines sees innovation rather than proposals like the Green New Deal or a carbon tax as the key to address climate change.

“When you look at some of these crazy ideas like the Green New Deal, the way I look at this is we need to ensure that we find policies that can be bipartisan and that also support Montana’s diverse energy portfolio,” he said. “... The balance is what Montanans want to see. They want to see us protecting the environment … as well as ensuring we can have affordable, reliable energy.”

He backs bills like the EFFECT Act, the Carbon Capture Modernization Act and the USE IT Act, which would facilitate the development of technologies that capture carbon and prevent it from entering the atmosphere. He would like Congress to pass laws that improve forest management, so forests can capture carbon more effectively and are less likely to catch fire and release significant amounts of carbon into the atmosphere. He also supports the continued development of renewable energy through efforts like streamlining the permitting process for renewable energy projects on public lands.

Daines doesn’t see a need to rejoin the Paris agreement, which he views as an unfair deal, because he believes initiatives like those he supports will be more meaningful and effective in tackling climate change and could serve as examples for other countries.

Unlike Gianforte and Daines, Tester, a Democrat from Big Sandy, said climate change is human-caused and he isn’t willing to rule out any potential solutions. He sees problems with the Green New Deal, namely that it guarantees a living wage for all, which he said distracts from the issue of climate change, but said his reservations aren’t enough to rule it out.

“One of the things that we’re not doing and haven’t done — with the exception of the Lieberman bill (Lieberman-Warner Climate Security Act) 10-12 years ago — is have a debate about what the solutions could be. … To be in denial about it is not practical.”

Because climate change needs to be addressed, he said withdrawing from the Paris agreement “just sends the wrong signal” to the rest of the world about the United States’ stance on the issue. He advocates for rejoining the agreement.

Tester said rather than supporting specific bills related to climate change he would like for lawmakers to hear from their constituents and to come together to develop workable ways of reducing emissions and adapting to climate change. For him, no legislative approach is off the table.

“I think the sooner we get after it the better it’ll be,” he said. “I don’t think this problem is going away. … I think it requires people working together. I think the longer this goes, the solutions become a lot more hard.”