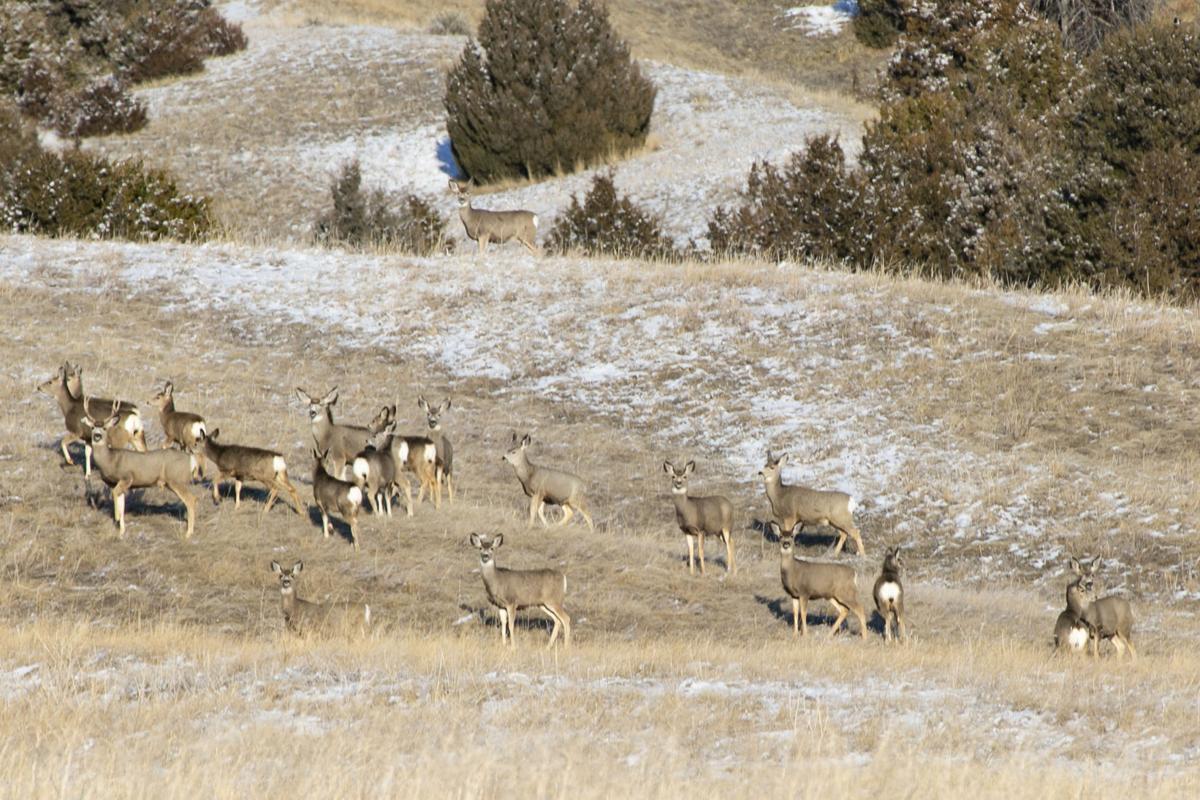 Mule deer graze on a hillside. 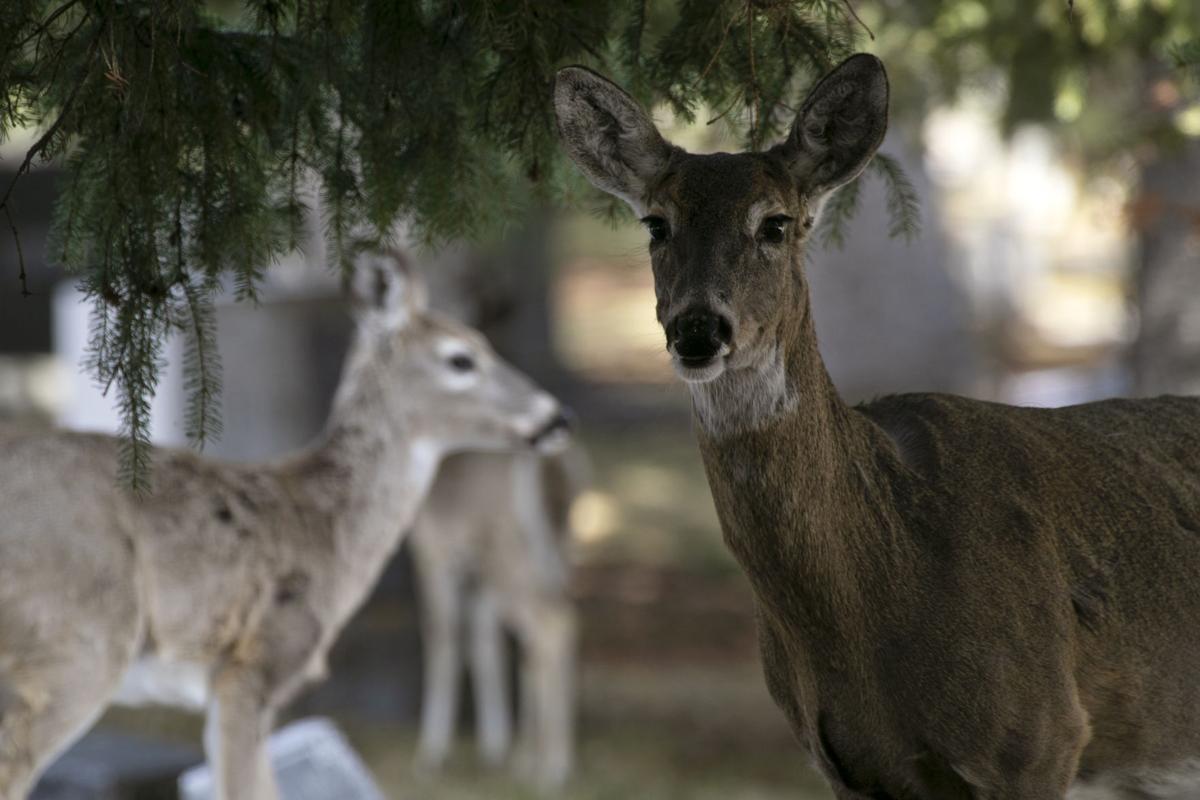 A family of deer hide under a pine tree Wednesday, April 8, 2020, at Sunset Hills Cemetery in Bozeman. 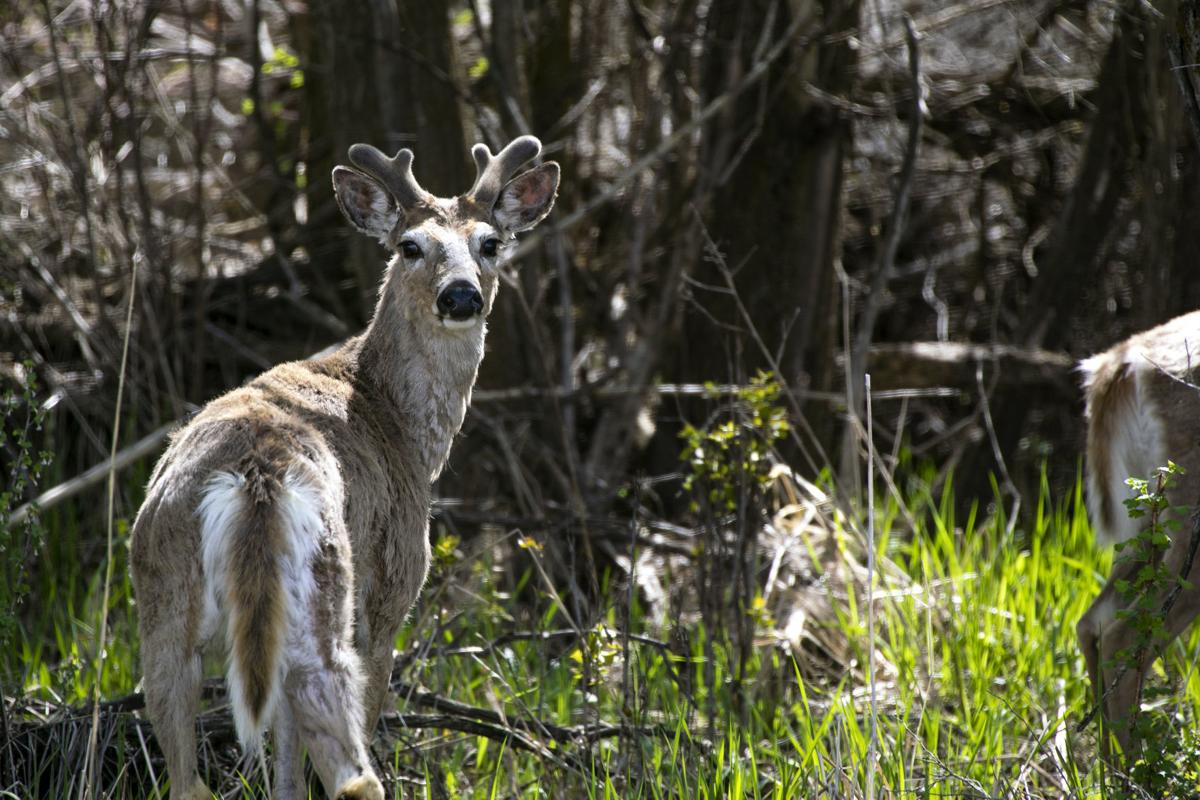 A white-tailed deer walks through the woods along Springhill Road on Tuesday in Bozeman.

Mule deer graze on a hillside.

A family of deer hide under a pine tree Wednesday, April 8, 2020, at Sunset Hills Cemetery in Bozeman.

A white-tailed deer walks through the woods along Springhill Road on Tuesday in Bozeman.

Officials have detected more than 100 positive cases of an always-fatal disease in deer, elk and moose over the past five months, and samples throughout the state are still being processed.

Out of more than 7,000 game samples tested for chronic wasting disease between July 1 and Dec. 3 across the state, Montana Fish, Wildlife and Parks identified 134 positive cases, the department announced last week.

Cases this year represent just over 40% of the 316 total cases identified in Montana since 2017. The state’s primary surveillance effort this year is complete, though results are still coming in, according to officials.

It took officials 12 fewer days on average to process samples this year compared to last year, according to FWP. Moose samples took longer because they had to be shipped to Colorado State University.

“We have really appreciated their help, as have hunters,” he said. “We had some new areas with detections as well, which does reinforce the assumption that the disease is widespread across the state.”

Five hunting districts around Bozeman, Dillon, Sheridan and Lake Fort Peck saw positive CWD cases for the first time this season. About a quarter of the 335 whitetail deer sampled in Hunting District 322 near Sheridan tested positive.

CWD is an always-fatal disease that targets the nervous systems of ungulates. It spreads through direct contact between animals and has caused declines in wildlife populations in certain areas. Montana’s first case in the wild was detected in 2017.

FWP identified Gallatin County’s first case of the disease in a whitetail deer this May. This June, the state approved a statewide management plan to address the spread of the disease. It focused surveillance in northwest, southwest and eastern Montana this year.

At a meeting Thursday, the Montana Fish and Wildlife Commission will consider expanding whitetail deer harvests in portions of hunting districts 320, 325 and 330 in southwestern Montana to reduce whitetail deer numbers and gather more CWD samples.

“The focus of further sampling in these hunting districts will allow for a broader understanding of CWD distribution in the area, reduce deer densities, particularly within river bottom areas, and provide a better understanding of disease prevalence,” officials wrote.

Federal health officials encourage people not to eat meat from infected animals, but the disease has not been shown to infect humans.

Instruments should be washed in bleach solutions, and people should avoid consuming or processing the brains, spinal cords, eyes, spleens, tonsils and lymph nodes of game animals.

Bozeman School Board approves more than $290,000 in severance for superintendent

Bozeman School Board approves more than $290,000 in severance for superintendent