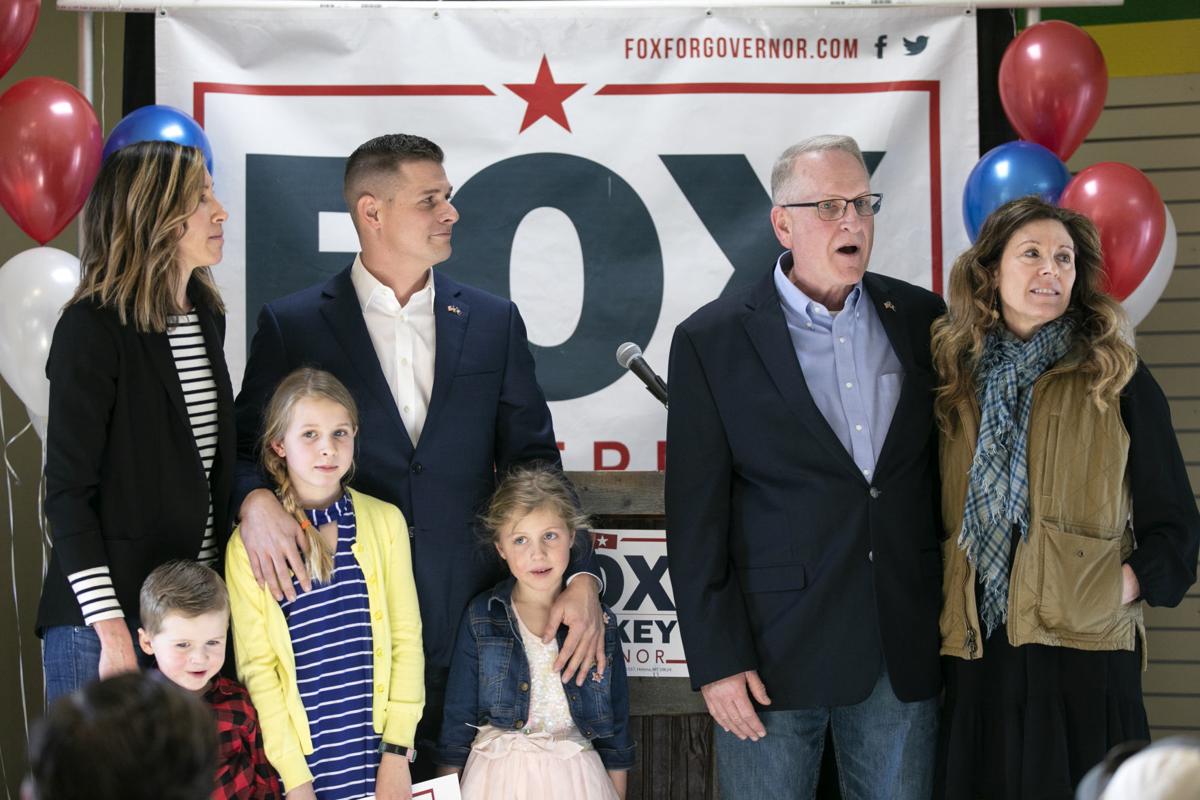 Jon Knokey and Tim Fox stand with their families after a press conference Wednesday, Jan. 29, 2020, at Frontline Ag Solutions in Belgrade. 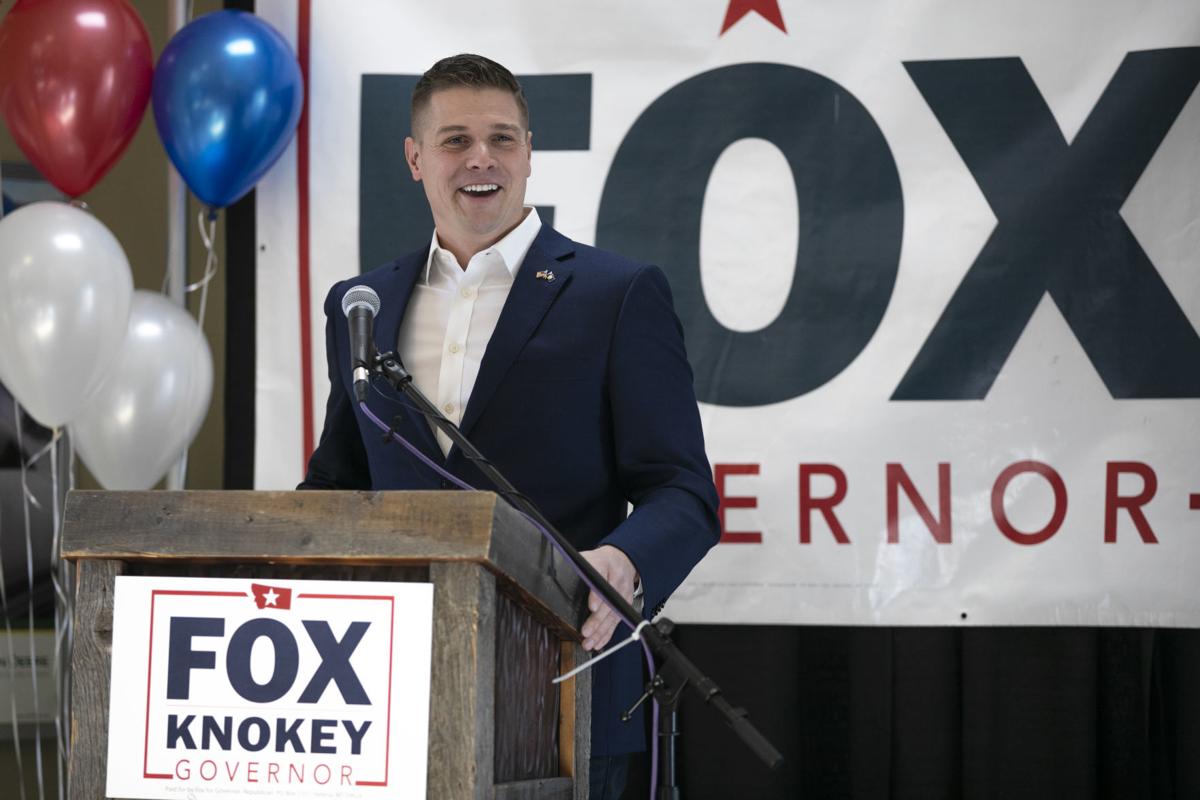 Jon Knokey is announced as Tim Fox’s running mate in the 2020 governor race Wednesday at Frontline Ag Solutions in Belgrade. 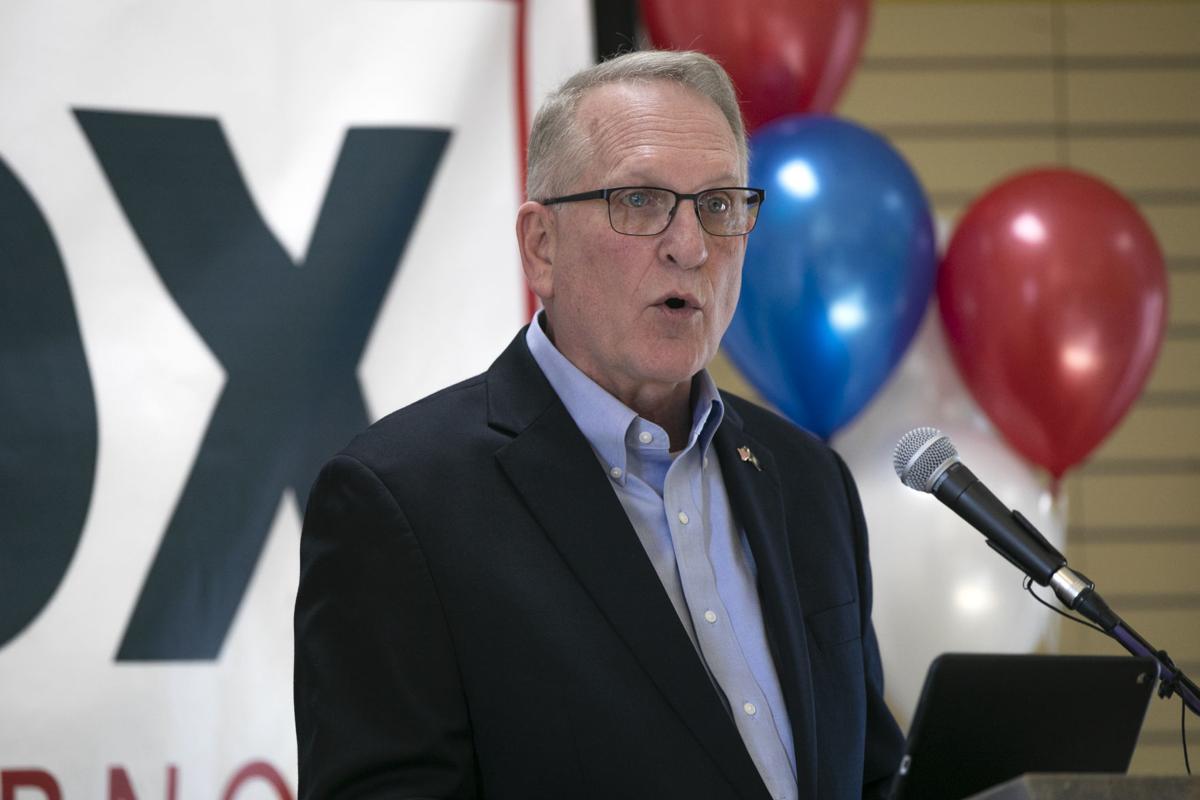 Tim Fox speaks before announcing Jon Knokey as his running mate in the 2020 governor race Wednesday, Jan. 29, 2020 at Frontline Ag Solutions in Belgrade. 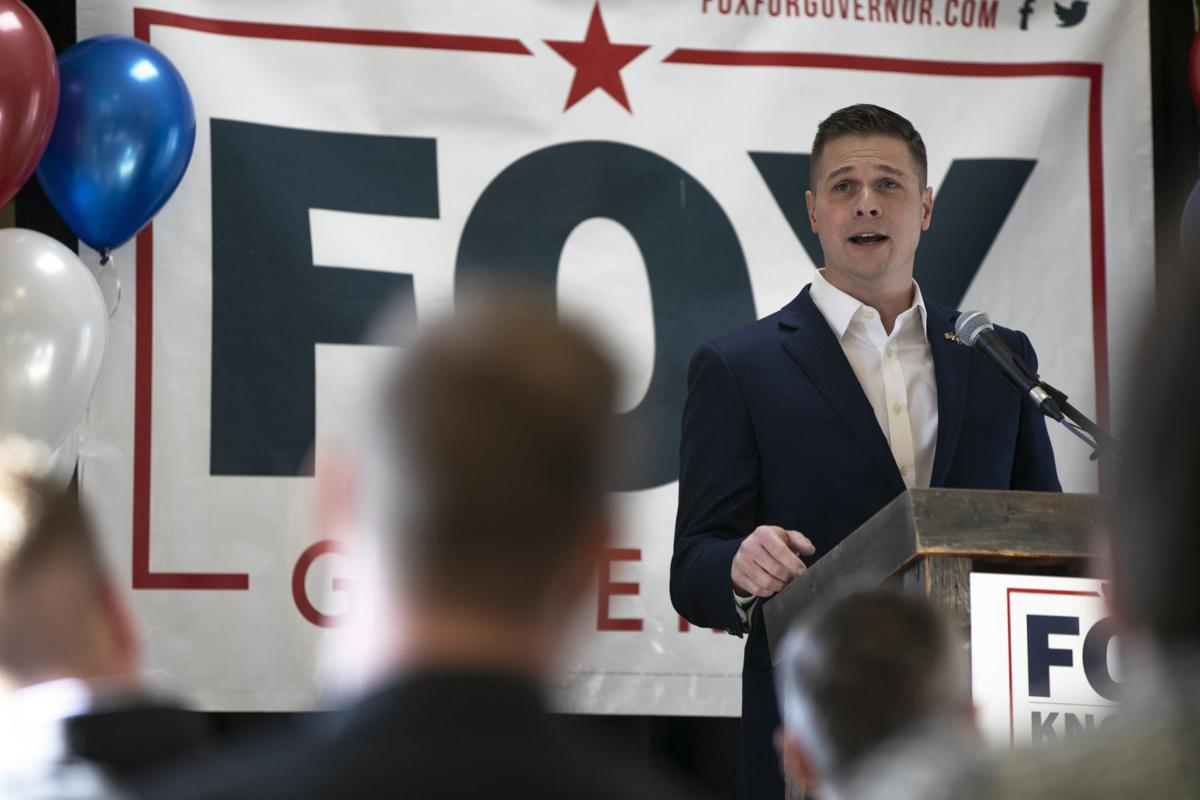 Jon Knokey gives a speech after being announced as Tim Fox’s running mate in the 2020 governor race Wednesday, Jan. 29, 2020 at Frontline Ag Solutions in Belgrade. 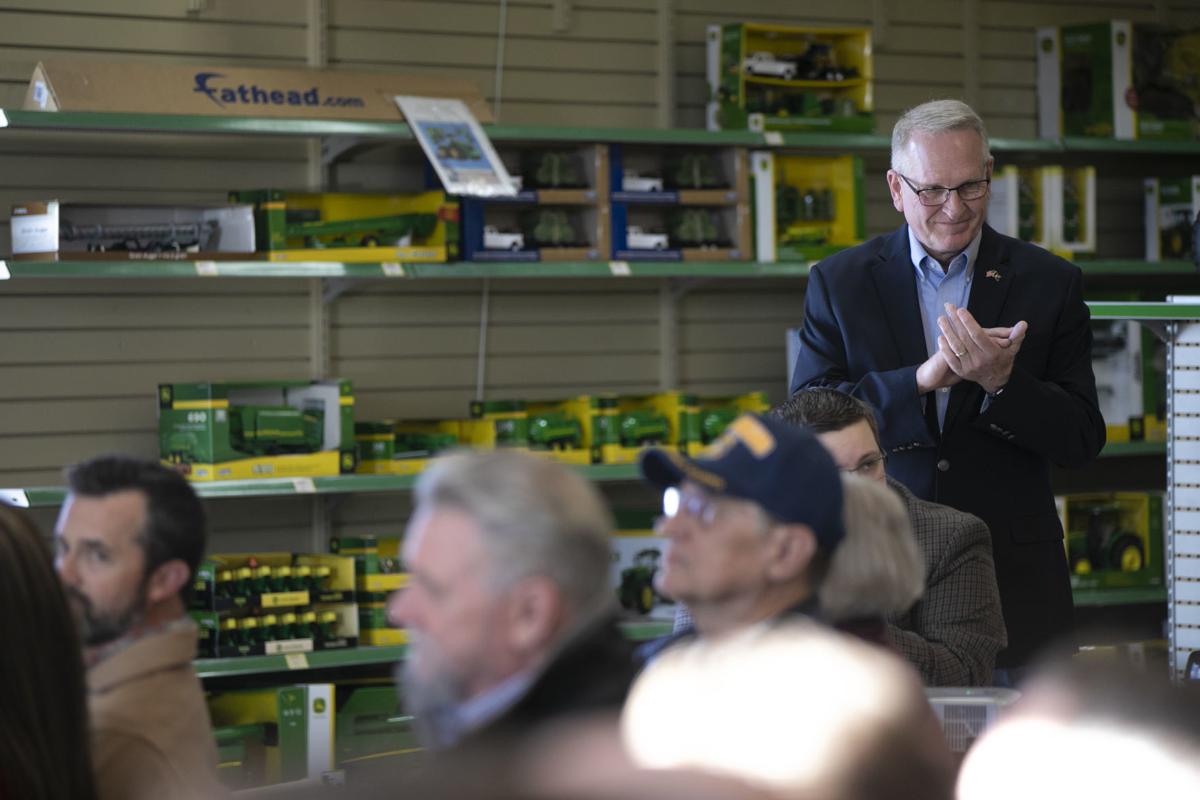 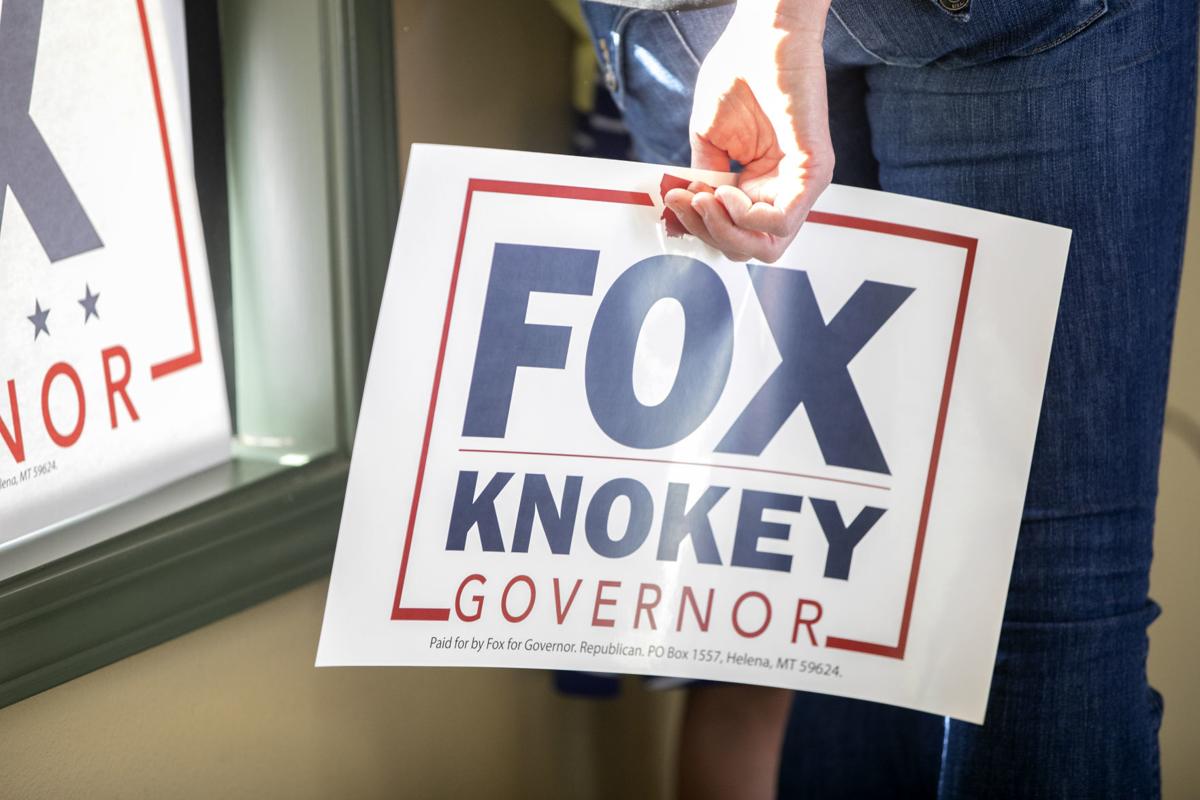 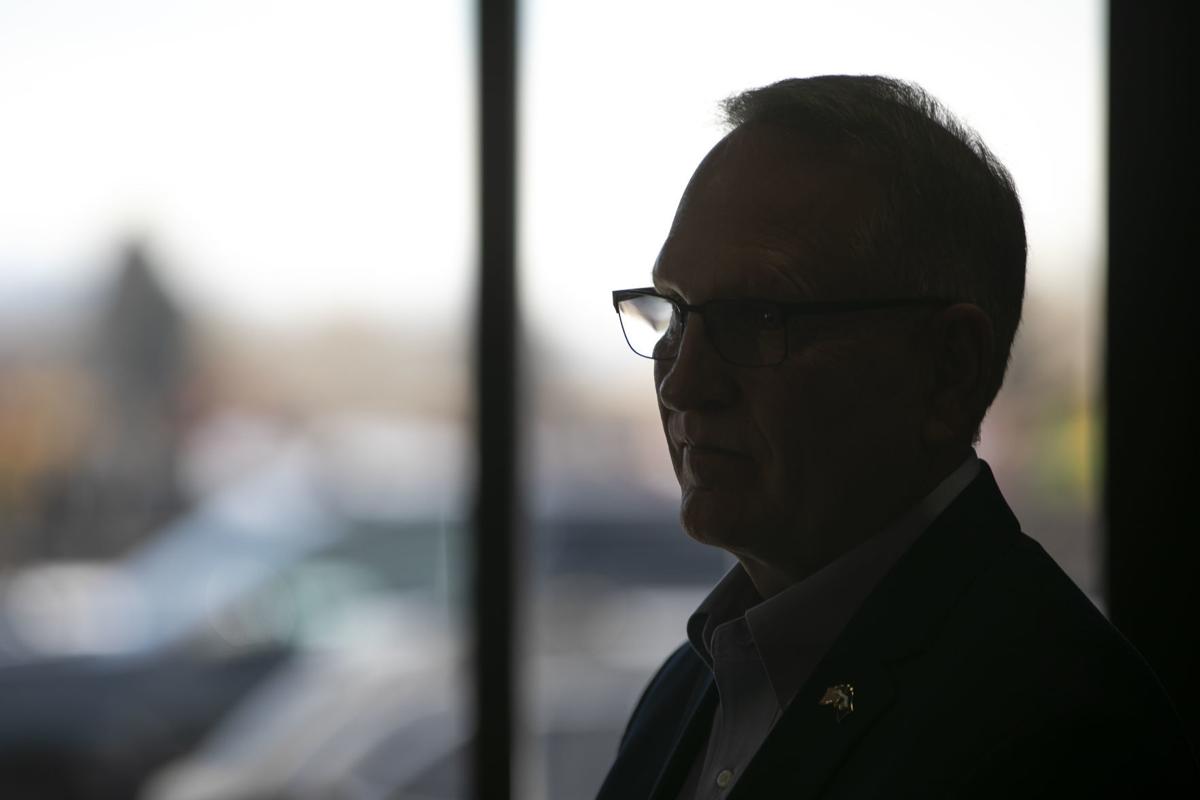 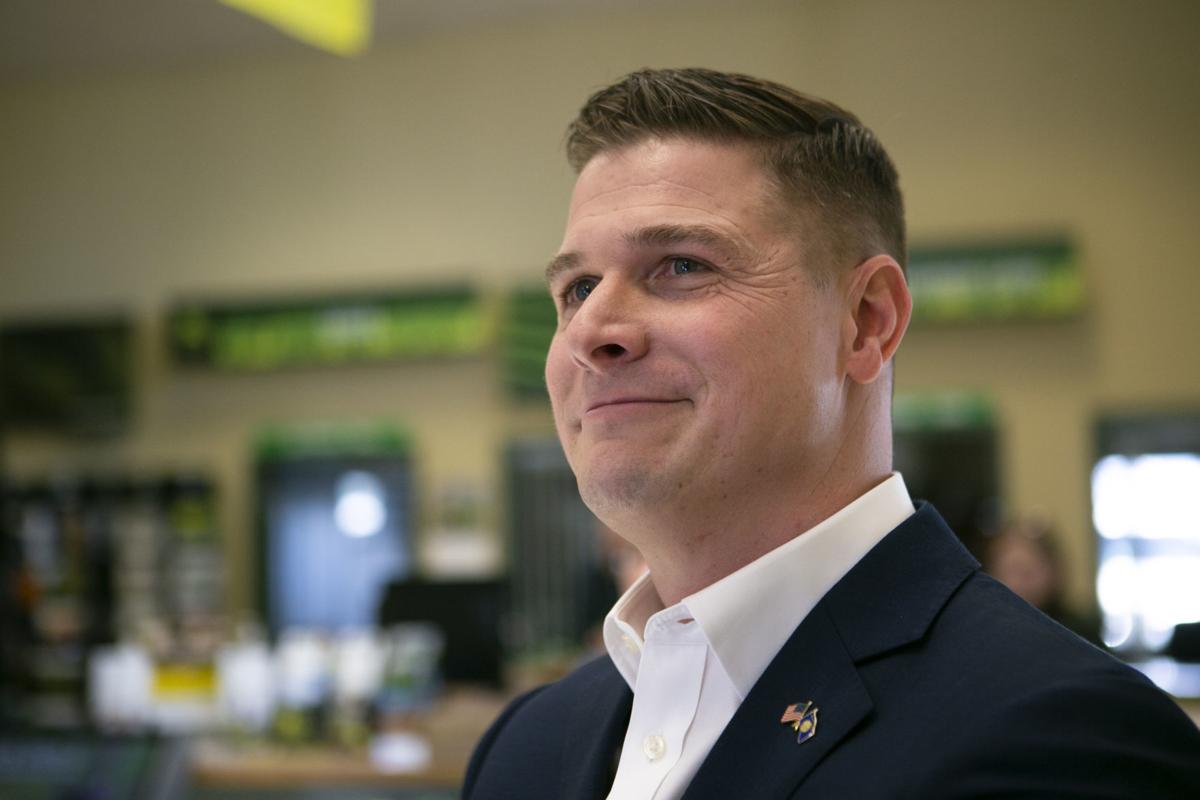 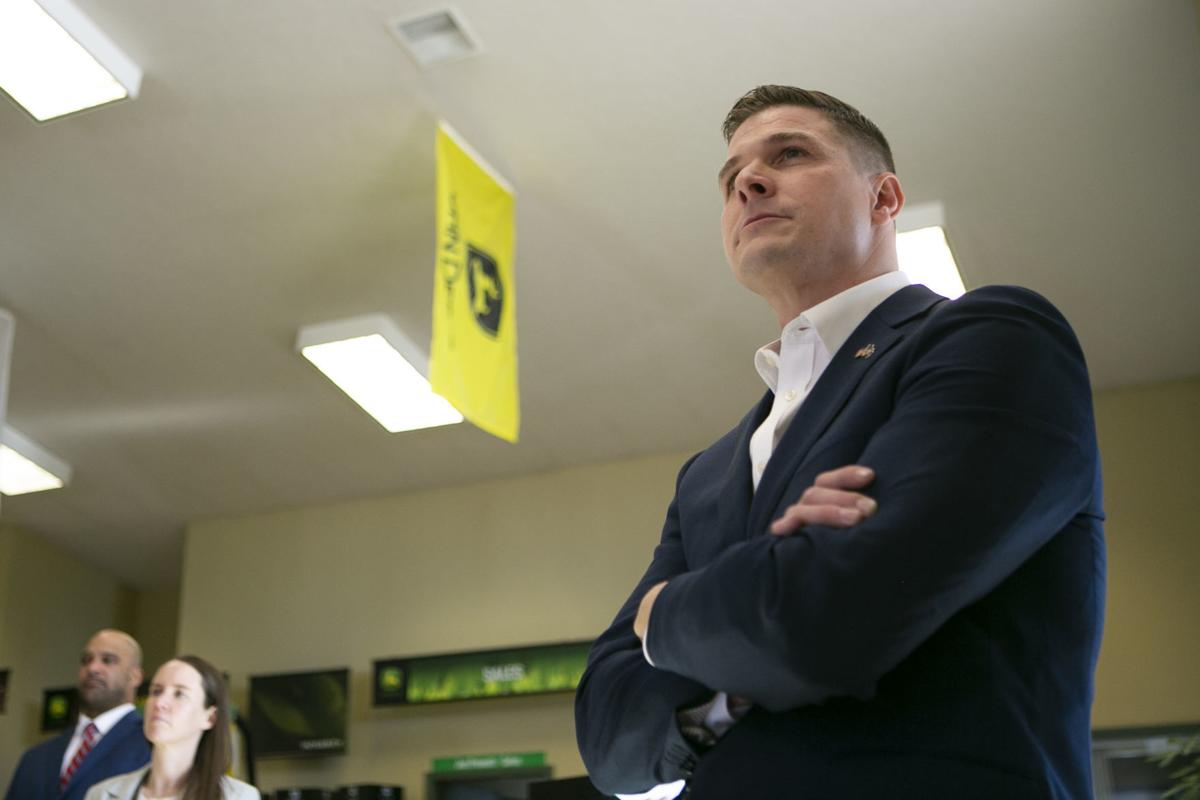 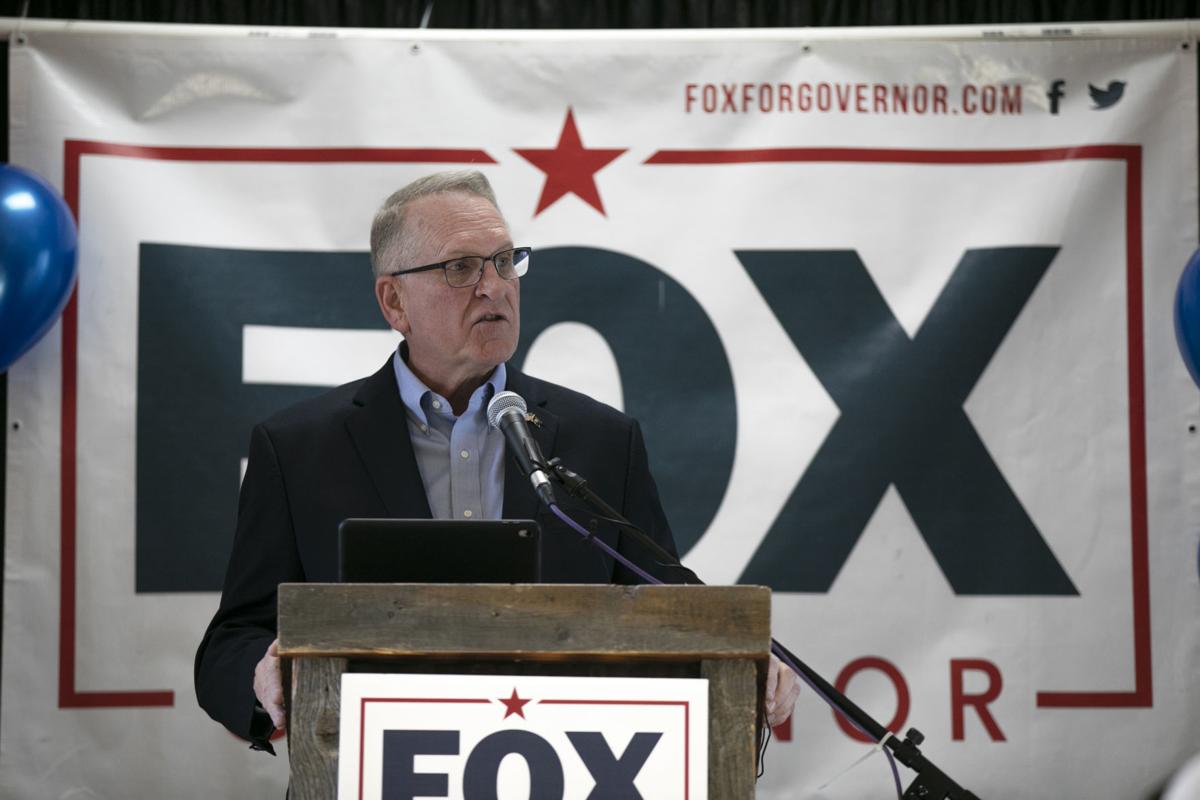 Jon Knokey and Tim Fox stand with their families after a press conference Wednesday, Jan. 29, 2020, at Frontline Ag Solutions in Belgrade.

Jon Knokey is announced as Tim Fox’s running mate in the 2020 governor race Wednesday at Frontline Ag Solutions in Belgrade.

Tim Fox speaks before announcing Jon Knokey as his running mate in the 2020 governor race Wednesday, Jan. 29, 2020 at Frontline Ag Solutions in Belgrade.

Jon Knokey gives a speech after being announced as Tim Fox’s running mate in the 2020 governor race Wednesday, Jan. 29, 2020 at Frontline Ag Solutions in Belgrade.

Attorney General Tim Fox selected former Bozeman state Rep. Jon Knokey as his running mate on Wednesday, saying that they're the only Republicans who can end the 16-year hold Democrats have had on the governor’s office.

“If we are united in electing a Republican, we have only one choice: that man, right there, Tim Fox,” Knokey said in a speech at Frontline Ag Solutions in Belgrade. “We win with Tim!”

Fox and Knokey will face state Sen. Albert Olszewski, of Kalispell, and U.S. Rep. Greg Gianforte in the June primary. Olszewski has announced state Sen. Kenneth Bogner, of Miles City, as his running mate. Gianforte has yet to pick a candidate for lieutenant governor.

Fox and Knokey announced their campaign in front of about 50 people who sat in folding chairs and stood in the entryway of the John Deere dealership. Fox spoke from a stage adorned with a campaign sign and red, white and blue balloons. He used a YouTube video to introduce Knokey, who then took the stage.

Knokey, 38, was born in Portland, Oregon, and graduated from Montana State University where he majored in business and was a quarterback for the football team. He received a master’s degree in public administration from Harvard University and a master’s degree in business administration from Dartmouth College. He is now the manager of corporate strategy for John Deere.

In 2016, Knokey narrowly beat incumbent Rep. Chris Pope, a Democrat, to earn a spot in the state House representing Bozeman. He filed to run for reelection in 2018 but withdrew due to family obligations.

As a freshman legislator, Knokey sponsored a bill that would have given $10.2 million to the Department of Public Health and Human Services to provide a $5 per hour wage increase for people who work with the elderly and those with disabilities. A subsequent bill triggered budget cuts that undid his effort. Knokey also sponsored a bill that required Medicaid appropriations to go only toward Medicaid expenditures. The bill was vetoed by Gov. Steve Bullock, a Democrat.

Knokey and his wife, Meghan, have three young children. Knokey said he’s running with Fox to give his children — and all of Montana — a positive future.

“We must put the Montana family first,” he said. “We often fight Republican vs. Democrat, urban vs. rural or the collar we wear: blue or white. But change is not about division and polarization.”

In a speech, Knokey outlined the campaign’s focus. He said he and Fox are committed to improving public safety and will support the agricultural industry. The campaign will also grow the economy by investing in small businesses, cutting taxes, bolstering career and technical education, increasing government efficiency and improving infrastructure.

He called Helena “stale and bureaucratic” after the leadership of former Democratic Gov. Brian Schweitzer and Bullock, who is term-limited from running for reelection.

Knokey emphasized Fox’s record of winning statewide elections and his conservative track record, which he says makes him stand out from his main challenger, Gianforte.

Like Knokey, Fox, who is term-limited from running for attorney general again, emphasized his electability.

“Republicans like the fact that I’m the most electable governor candidate in the general election and that I don’t carry the baggage that weighs heavily on some candidates,” Fox said.

Fox said he was drawn to pick Knokey as his lieutenant governor because of his business acumen and his knowledge of the legislative process and the state budget.

Fox, 62, grew up in Hardin and attended the University of Montana where he graduated with a bachelor’s degree in geology. He later earned a law degree and a master’s in public administration from UM. He worked for years in private practice and state government.

He first ran for attorney general in 2008 and lost to Bullock. When Bullock ran for governor four years later, Fox beat Democrat Pam Bucy to become attorney general. He was reelected in 2016 when he beat Bozeman Democrat Larry Jent.

Gianforte, 58, who founded RightNow Technologies in Bozeman and then sold the company to Oracle, outpaces Fox and Olszewski, 57, an orthopedic surgeon and former flight surgeon in the Air Force, in fundraising.