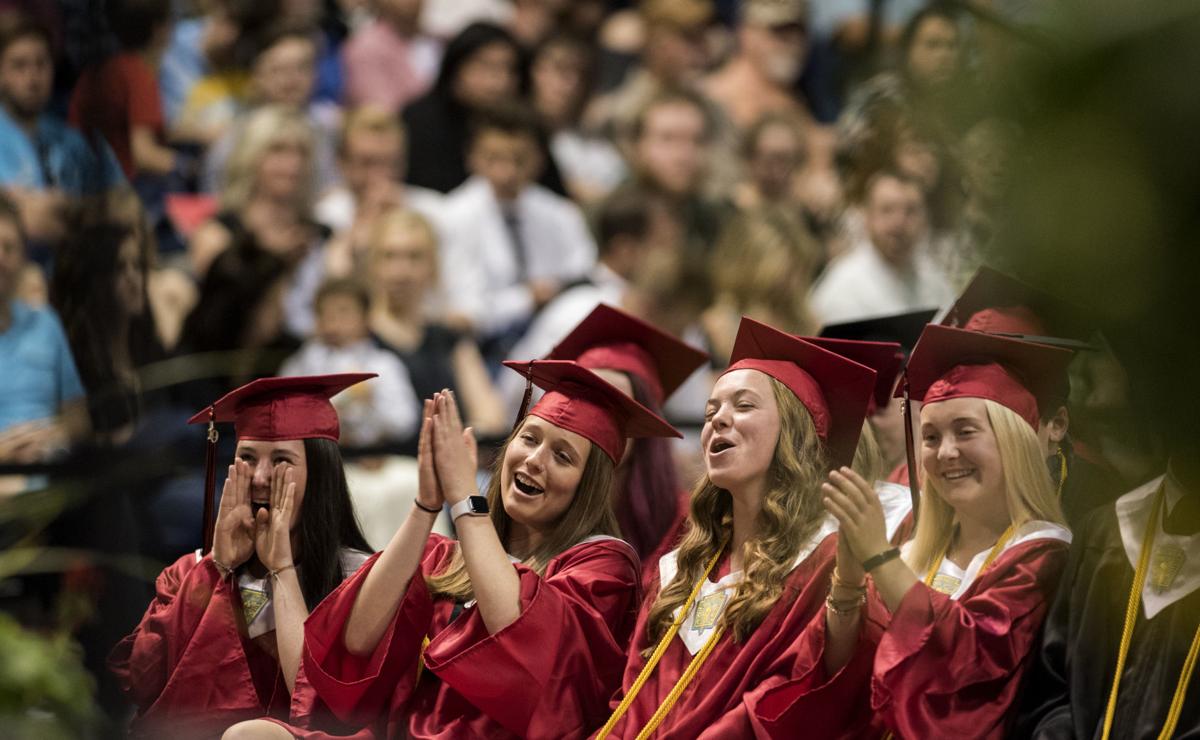 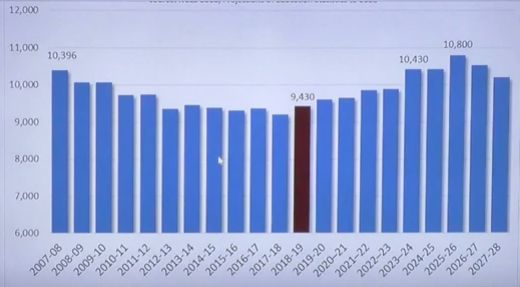 The number of students graduating from Montana high schools dropped over the last decade, losing about 1,000 students compared to the 10,400 who graduated in 2008. But in 2019 the number turned the corner and it's expected to grow over the next eight to 10 years.

The number of students graduating from Montana high schools dropped over the last decade, losing about 1,000 students compared to the 10,400 who graduated in 2008. But in 2019 the number turned the corner and it's expected to grow over the next eight to 10 years.

Enrollment has been falling at most Montana University System campuses, but there’s good news on the horizon.

After dropping for years, the number of Montana high school graduates has finally hit bottom and is expected to increase in the next eight to 10 years.

“There’s an agreement we have reached the low point and those graduate figures are expected to again climb over the next eight years,” John Thunstrom told the Montana Board of Regents at their meeting last week in Bozeman.

“We have reached the trough in high school graduates,” said Thunstrom, referring to projections from the Western Interstate Commission for Higher Education.

MUS officials have been watching for years as the number of Montana high school graduates has steadily declined. The number has fallen from about 10,400 to 9,430 from 2008 to 2019.

That hurts enrollment at most Montana public college campuses. Over the last nine years, the count of all students in the MUS system has fallen from more than 36,800 to 32,417, as measured in full-time equivalents.

Counting just Montana resident college students, their number fell to 20,154 full-time students this fall, a drop of 5.5% from last year. Enrollment has declined at campuses in Missoula, Billings, Butte, Great Falls and Havre.

The Bozeman campus has set fall enrollment records in 11 of the last 12 years, in part by attracting record numbers of out-of-state students, as well as large numbers of Montana high school grads.

Demographics aren’t the only reason MUS enrollment has taken a hit – a strong economy with a low unemployment rate lures many high school graduates straight into the workforce.

Christian said the university system needs to attract more of the 45% of Montana high school graduates, about 3,700 students a year, who don’t get any schooling after high school.

He said he also wants to lure more of the 20% who leave the state for college, to keep “some of the best and brightest here in Montana.”

One way the university system hopes to reach potential students is through a new online portal. It’s intended to make it easier for high school students to find out about the wide range of career, training and college options offered by the state’s two-year and four-year colleges.

It also offers a centralized, simplified way to apply to Montana colleges.

The website will get more information in front of students and families earlier, so it’s easier to act on, said Brock Tessman, deputy commissioner of higher education.

“This is a big deal,” Tessman said. Christian called it “one of the most important things I’ve undertaken.”

Some 120,000 Montanans have some college credits but never graduated, which could affect the state’s economy because, in the future, 69% of jobs are expected to need post-high school education, said Galen Hollenbaugh, Labor and Industry commissioner.

The difficulty of attracting high school graduates who never went to college or tried it and dropped out was illustrated by “Become an Alum,” a pilot project of the state Department of Labor and Industry, the University of Montana and Missoula College.

Reaching out to some of the 5,000 students who left UM without graduating, the pilot program got 52 to enroll in Labor Department job training programs. “Become an Alum” found the training also requires lots of one-on-one counseling because the barriers and reasons people dropped out originally – like needing day care or life events – still exist, Hollenbaugh said. He said officials hope to take what they learned in the pilot project and expand it across the state.