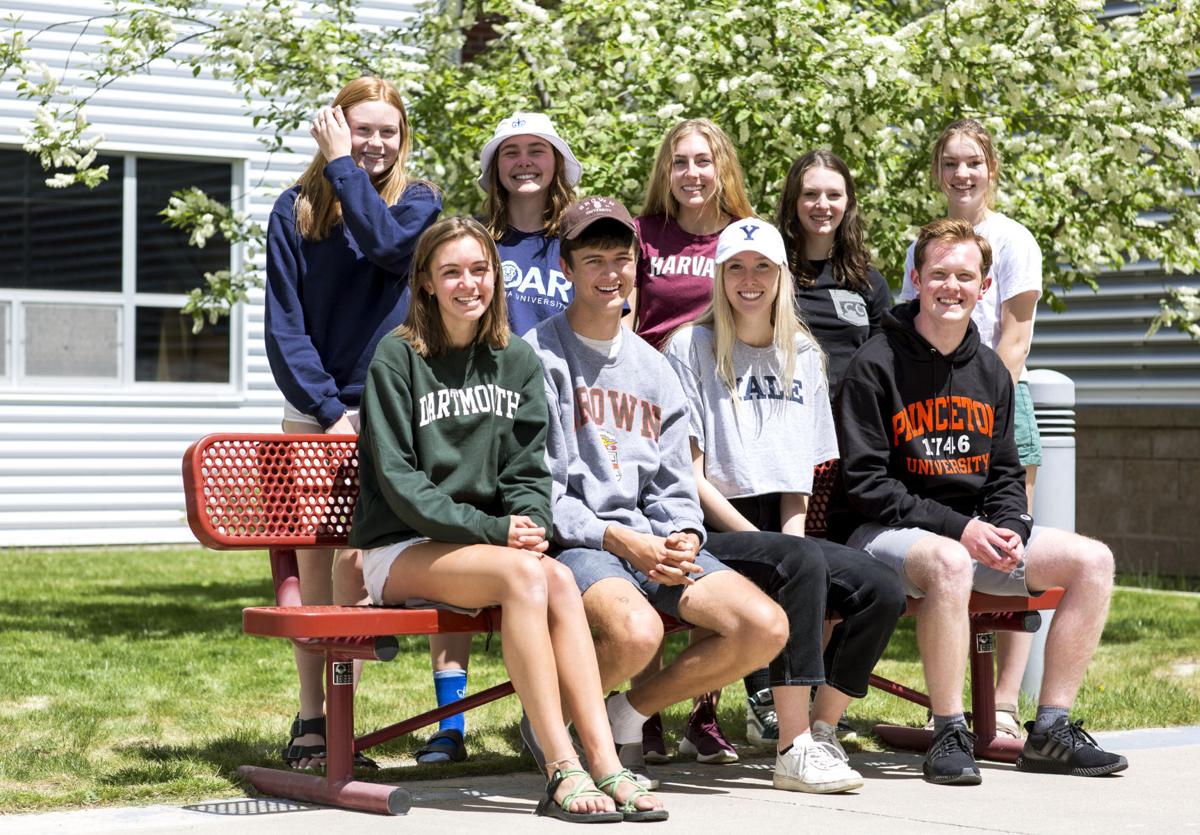 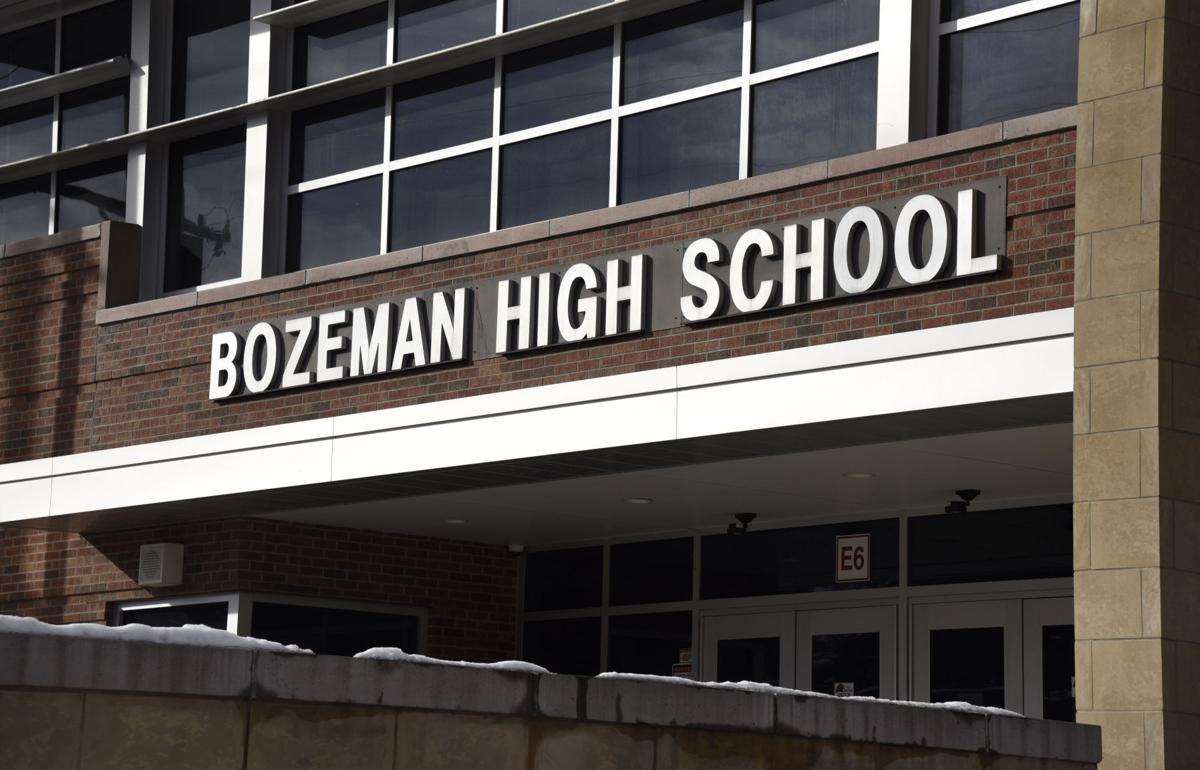 The sign on Bozeman High is shown in this 2020 Chronicle file photo.

The sign on Bozeman High is shown in this 2020 Chronicle file photo.

Despite pandemic challenges and fluctuating modes of learning, the group of graduating seniors represents one of the highest numbers of Ivy League acceptances for the high school.

“It’s atypical to have this number accepted,” said Lauren Covington, a College and Career Center counselor.

While the high school typically has students accepted into a few of the prestigious schools, Covington said, the district has never had all of the top eight Ivy League schools represented in its student acceptances. Some students were accepted to multiple Ivy League schools.

Students aren’t required to report where they were accepted or what their plans are post-graduation so the high school’s records aren’t a complete rendering. But in her six years with the district, Covington said, she hasn’t heard of this many students accepted into some of the nation’s top universities.

Both Bozeman High and Gallatin High have College and Career Centers to help students with college application, financial aid and scholarships, Covington said. Gallatin High won’t have senior students until next school year.

Covington said the Ivy League acceptances are an example of a determined group of students. She also said it is important to acknowledge the hardships many students have faced with limited access to in-person learning, increased family responsibilities and slipping motivation in the past 15 months.

Applying during the pandemic

For some students, the shifts in education during the pandemic, both at the high school and college level, allowed more flexibility in their applications.

Many of the students said the blended learning model, where they learned in person two days a week and online for three days, gave them more time to focus on college applications.

“I feel like I had a lot more time to write stuff, especially when we were only in class two days a week. I spent a lot of time those other days working on essays and stuff,” said Esmie Hurd, who is attending Yale in the fall.

A few students said the blended model gave them time to apply to more schools than if they had been in person full time. Online learning gave them the opportunity to spend those days focused on writing and editing college essays, they said.

Student essay subjects ranged from the cemetery downtown to making TikTok videos to eating chicken strips to driving down Main Street with a car karaoke microphone, with students saying they enjoyed getting feedback from each other.

“I thought I was going to write about something super academic but instead I wrote about scooping bird poop off a boat with my grandpa,” said Aleutia Morris, who was accepted into Cornell University but has decided to attend Western Washington University.

Universities were also making changes in admissions due to the pandemic. Many college admissions offices started posting virtual tours, interviews with alumni and admission counselors online.

“The colleges because of COVID, they put all of these resources online that didn’t exist before, so it was actually a lot easier to find information, said Mason Scurry, who decided to attend Brown University.

With many of the universities making submitting SAT and ACT scores optional, the students found themselves balancing whether or not to submit their own test results.

“Being test optional was really interesting,” Morris said. “ I didn’t send in my test scores and so I was like I had no chance. But then I got in with the essays, which was surprising to see them take the holistic look at the application because I think a lot of people didn’t really believe that.”

Some students took a strategic approach in deciding which schools to submit their test scores to, if any.

“I submitted to some, not to others,” said Parker Summerhill, who plans to attend Princeton University in the fall. “Mostly, I looked at my score and their median score and if it was close than I kind of flipped a coin in my head. … I really don’t think they matter as much as people say.”

A lot of the students said they thought test scores would be a more important part of their college applications.

“I was expecting tests to play a way bigger role than they actually played. When things went test optional I was kind of freaked out. I was like ‘what does this even mean,’ but I think it ended up still being holistic,” said Ani Hadley, who is committed to Columbia University.

Advice for next year’s students

With the college admissions process behind them and their eyes set on a June 6 graduation, the students reflected on what advice they would give next year’s seniors.

“I would actually say enjoy their time in high school and not actually focus on college as much and to not be as stressed because things will work out eventually,” said Amelia Hartshorn, who plans to attend Dartmouth College.

Maria Riek, who was a National Merit Scholarship winner, said the scholarship wasn’t initially on her top priority list until her competitive side kicked in.

It’s easy to forget about applying for scholarship when students are in the middle of the college application process, Riek said. But it’s still important to take time to apply and “have the money to go to where you want to.”

Riek was the only Bozeman High senior to be named a National Merit Scholarship winner, which pools from preliminary SAT scores of 1.5 million high school juniors. There were 15,000 semifinalists in the country, which is narrowed down to a selective group of $2,500 scholarship recipients.

Claire Vlases, who is a Coca-Cola Foundation Scholar, advised future applicants to research many scholarships and then set their own schedule and pace in submitting them.

She decided to apply for the Coca-Cola Foundation because it was easy enough to submit her resume and then it became progressively more selective from there. Vlasses was one of 150 students selected from a pool of 99,403 applicants.

Cooper Knarr, who’s decided to attend Harvard University, said, “Success isn’t really measured off of where you go to college, especially undergrad. Just focus on chasing your dreams and letting your ambitions guide you to where you go.”