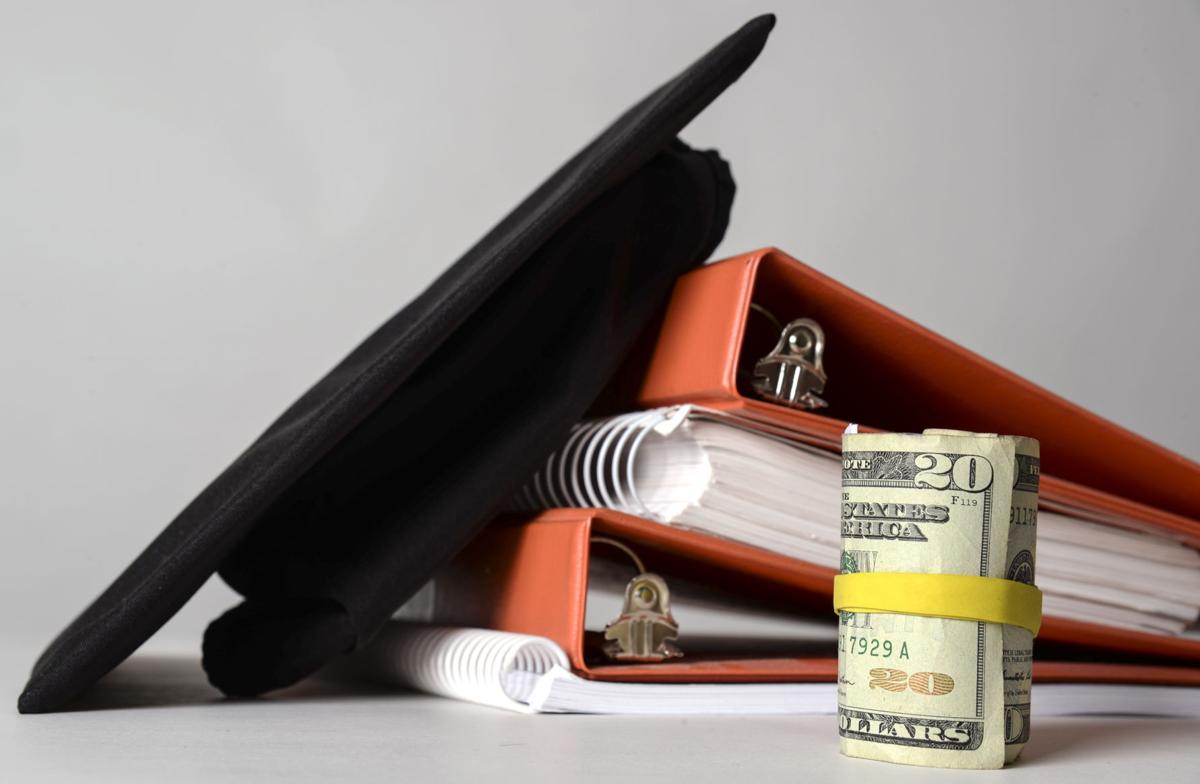 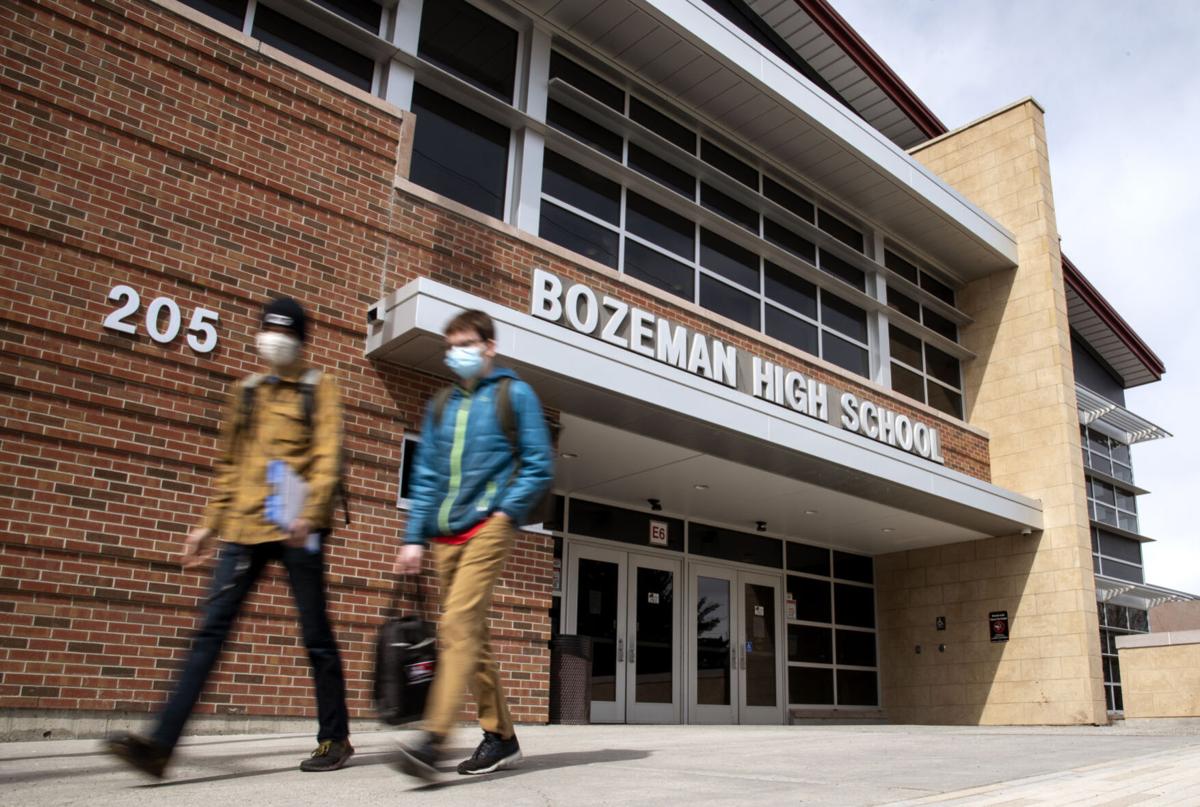 Public school supporters and advocates are pleased with the results of the 2021 Legislative session, adding they dodged a few bills that might have increased privatization and lessened local school district control.

The bills passed by the Legislature potentially mean more money for public schools grappling with enrollment fluctuations due to the pandemic and a dip in property taxes for Montana residents.

“It’s very heartening and a reflection of the trust our members earn every day that bubbles up and percolates and makes its way to the legislators ears and forms their actions,” said Lance Melton, executive director of the Montana School Boards Association.

Two bills, one that would have created a public charter school system in the state and one that would direct public schools to return funding associated with students with learning disabilities if a student leaves the public school system, rallied support from many school-choice advocates but worried some public K-12 supporters. Both failed to pass.

“I think we fared pretty well in this legislative session and made significant gains,” said Debra Silk, general counsel and associate executive director for the Montana School Boards Association.

One of the large tasks in front of the Legislature this session was to manage and distribute the federal COVID-19 Elementary and Secondary School Emergency Relief funds.

“The overwhelming X-factor was ushering the federal relief funds for our public schools,” Melton said.

While the state legislature was required to disperse the funds, Melton said the major piece of the puzzle for school districts was how they would be able to use those funds to address budget gaps.

“We’ve done a typically pretty good job at predicting our enrollment,” said Mike Waterman, the Bozeman School District’s director of business services. “It worked exceedingly well, right up until the pandemic. That threw us a little out of whack.”

From fall 2019 to fall 2020, the district lost about 350 students in the elementary district. It had planned for an increase of 50 students during that time.

While the district is reaching out to those families who still live in the district but did not attend this year, it’s hard to know when and how many students will begin returning to public schools.

With school budget’s based on enrollment counts from the previous year, unexpected fluctuations in the interim can cause budget gaps.

A provision in House Bill 630 helped to address that uncertainty by allowing districts to classify enrollment increases and fluctuations for the next two years as “COVID related events,” opening the door for them to use that money to cover any gaps, including “avoiding precipitous cuts in their budgets and keeping people employed,” Melton said.

“What that does, is it means school districts can use the federal funds in more flexible ways than they might have otherwise,” he said.

HB 630 was transmitted to Gov. Greg Gianforte on May 4 but has yet to be signed into law.

While the Elementary and Secondary School Emergency Relief funds are welcomed in the Bozeman School District, Waterman stressed that it is a one-time increase.

As the district looks ahead for the next two years, Elementary and Secondary School Emergency Relief money will be prioritized for addressing learning losses related to the pandemic, continuing to employ existing staff and as a funding source for any enrollment increases, Waterman said.

“It’s shuffling things around (in the budget) to address the issues of COVID but also to put ourselves in a position for long-term success,” he said. “We’re trying to strike the balance with those things.”

Gerry Goede, head administrator with Heritage Christian School in Bozeman, said the Office of Public Instruction should distribute funds around June 1. The money is primarily meant to go toward cleaning supplies, equipment like thermometers and some technology needs.

While he doesn’t know how much Heritage Christian will receive, he said the areas it addresses are about 2-3% of its budget.

“Everything is helpful,” he said.

One bill that seemed to have wide bipartisan support, passing the Senate unopposed and passing the House 97-1, was aimed at lowering property taxes across the state through recreational cannabis sales tax. House Bill 663 was transmitted to the Governor’s office on May 4 but has not been signed yet.

Waterman said every district is required by state law to levy a certain amount of taxes based on student enrollment and the size of the tax base, roughly 25% of district mills. HB 663 would reduce the portion paid by taxpayers in that 25% by providing funding from cannabis sales tax collected through the state.

“So the amount of money the school district gets won’t change, but instead of local taxpayers it will come from the marijuana sales tax,” Waterman said.

The district was “thrilled to see that,” he said, calling it one of the best things to come from this legislative session.

“We’re well aware of the impact that property tax has on our residences and businesses,” Waterman said. “We’re constantly advocating for ways to reduce property taxes.”

Melton said the Legislature was looking for ways to spend the income that would come in from cannabis sales. The bill earmarks 25% of cannabis tax revenue to the general fund to increase the guaranteed tax base formula that funds schools.

By increasing the guaranteed tax base, property taxes can decrease, he said.

At the start of the legislative session, public school supporters raised concerns over a bill that would increase tax deductions for private school scholarship donations, potentially diverting money away from public schools.

House Bill 279 increased the maximum tax deduction from $150 per taxpayer to $200,000 for donations to private school scholarships. The deduction can be spread over three years. The bill was also transmitted to the Governor’s office on May 4 but has yet to be signed.

Although the Montana School Boards Association initially opposed the bill, Melton and Silk said they were able to push for amendments to allow similar tax deductions for donations made to public schools or school districts for “innovate educational programs.”

“With the amendments we were able to get in there, there’s a level playing field with people being able to donate to the public schools,” Silk said. “I don’t necessarily like the private schools side of it, but it’s the best we could do coming out of this session.”

Melton said the approved amendments were able to streamline the process of donation to public schools. Previously, donations to a public school would cycle through the Office of Public Instruction and then be redistributed to every school in a three county radius of the donation.

“As a result, our schools will have a fighting chance to be able to work with community constitutions,” Melton said. “They can donate directly to that school district and be assured that it will go towards innovative education.”

With 90% of Montana families enrolled in public education, Melton said he anticipated public schools could receive just as much funds as, if not more than, private schools but in smaller, more frequent donations instead of one big chunk of money.

Goede with Heritage Christian School said when the initial tax credit was passed about five years ago, the school was receiving limited scholarships through it, which “didn’t affect the budget.”

With 2022 being the first year people can donate under the deduction changes, he said it’s unlikely to make an impact on the school’s budget until a year or two later. At most, scholarship donations like that would account for 2% of the budget, he said.

“It will definitely help the families that have a harder time paying tuition,” he said. “For the people who want to come to private schools, we want to make it an option.”

For both public and private schools, the next two years will be a time of managing the lingering impacts of the pandemic and the budget implications of bills like the expanded tax deductions for donations.

“We are grateful for the bipartisan support of our schools,” Melton said. “Democrats, Republicans, moderates, conservatives, liberals, all pulled together and did a solid job for Montana schools.”