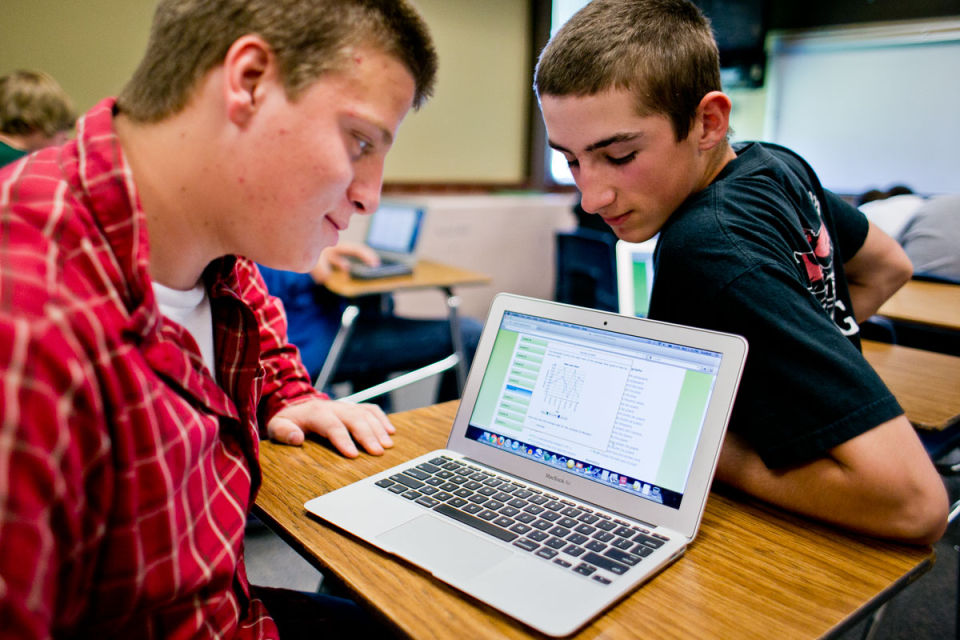 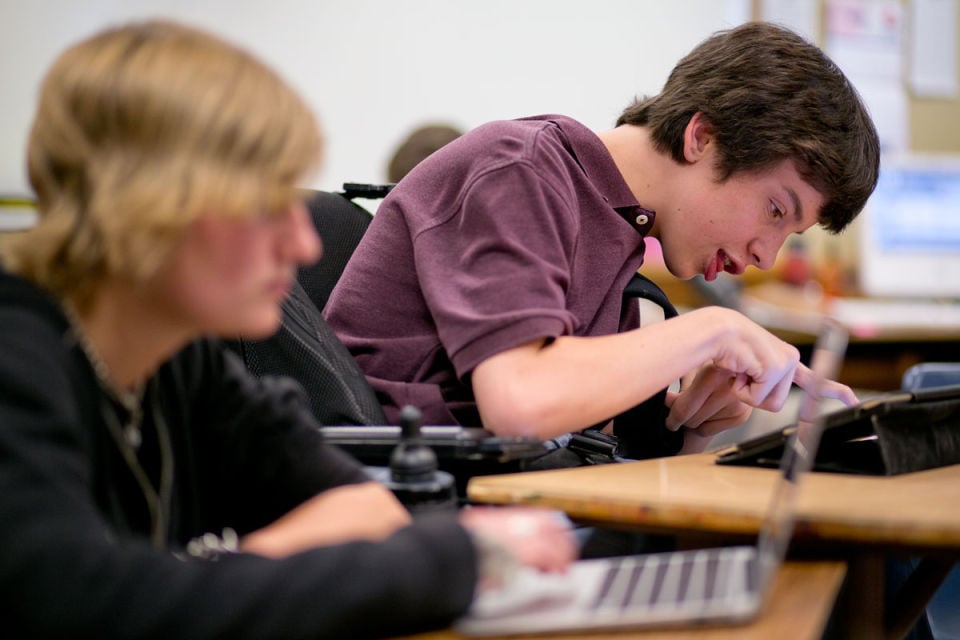 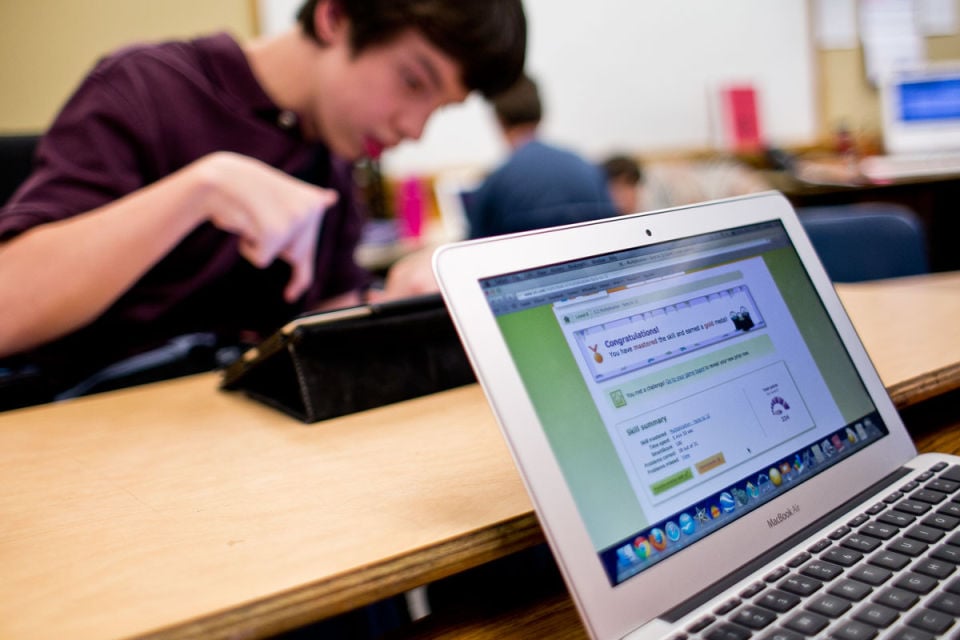 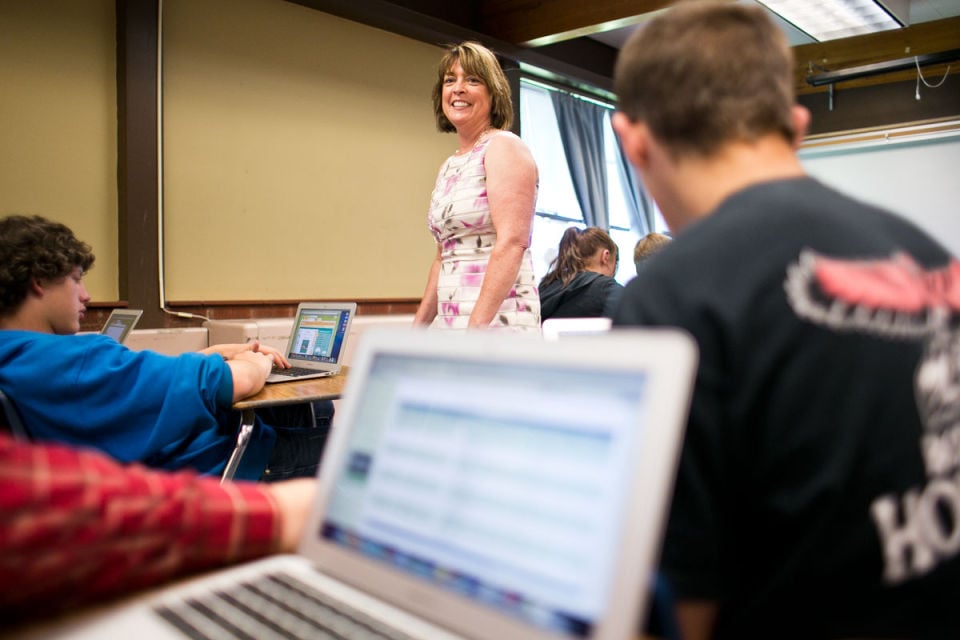 Math teacher Mary Anne McMahon discusses with her students as they work on math problems on the IXL Learning online math program at Bozeman High School on Monday, June 10. 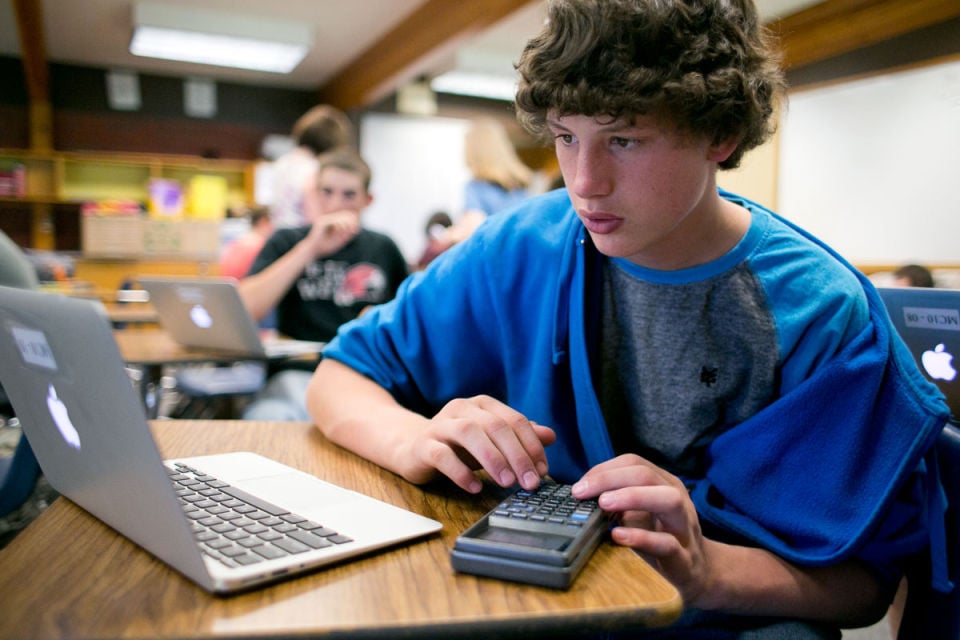 Math teacher Mary Anne McMahon discusses with her students as they work on math problems on the IXL Learning online math program at Bozeman High School on Monday, June 10.

Bozeman High math teacher Mary Anne McMahon recalls about half the freshmen who walked into her transitions math classes at the start of the school year told her, “I’m bad at math.”

Yet by the last week of school, many of the same students have improved by “leaps and bounds,” McMahon said. A lot now enjoy math, thanks to IXL Learning, an online program that makes math seem more like a video game than a boring lesson out of a textbook.

In one year, she said her students have gained two or three years’ worth of math skills.

“It’s been so successful,” McMahon said Monday. “A lot of kids don’t like paper and pencil work. They love computers.

“I want to make them like math more, build their confidence. Then they’re going to try new things.”

This year, McMahon tried the IXL program for the first time, one day a week in her three transitions classes. Next school year, she will take over the Math Lab, which provides lots of one-on-one tutoring, and Bozeman High is investing roughly $7,000 to make it available to all students.

Kayla Konzen, 15, said she likes IXL because it’s hands-on, she doesn’t have to take notes and she can work at her own pace.

“It feels like you’re playing a game,” Konzen said. “You’re not having a teacher stand over you saying, ‘That’s wrong.’”

Instead, when the computer says her answer was wrong, it’s private, and the program explains the math problems “super well,” Konzen said. “Being by myself, it’s comfortable, relaxed. You don’t feel pressure.”

“It’s great,” said Jacob Jorgenson, 16, who uses a motorized wheelchair to get around because he has cerebral palsy. “I have a slower brain process than most kids. It has really assisted me, doing math at my own pace.”

McMahon said she had always taught upper-level math classes, and when asked to take on the transitions class for freshmen who struggled with math or whose skills weren’t ready for algebra, she felt lost and scared.

She asked the advice of her brother, Dick McMahon, who teaches middle school math in Helena. He said his students love to work on computers and can’t wait to do IXL.

With no money in the high school budget for new software, McMahon applied for a $1,000 Spark Grant from the Bozeman Schools Foundation, and last fall “Fun with IXL” was one of 14 grants awarded. By December, her students started using it.

Students can click on a math skill they need to know, like multiplying fractions or solving linear equations or reading bar graphs. That opens up a series of math problems teaching that skill. If the student answers incorrectly, the program shows what they need to learn and offers less difficult problems so they can be successful and gain confidence. Problems gradually get harder.

Colette Jadis, Math Lab coordinator, said some parents are excited that their kids can use IXL at home over the summer.

Ike Hallford and Tyrell Fergusson, both 16, said their math grades used to be low B’s, but now they’re getting A’s. If he doesn’t understand what the teacher taught with a traditional lecture, Hallford said, he can go over it on the computer, which teaches in a slow, steady way.

One side benefit: “This has made me like working on computers more than I used to,” Fergusson said.

“It’s fun,” said Ami Wales, 14. “You can play like math games. It makes it easier to understand. You want to do more.”

Other benefits, McMahon said, are that students’ spelling, punctuation and skills at reading carefully have all improved.

McMahon said she grew up in a family of 15 kids – 10 siblings and five foster children – and her parents always stressed the importance of making a difference in the lives of kids. She’s excited about what the new software will do for math students next year.

“They love it,” she said. “The foundation deserves a lot of credit. … I never would have been able to do it without the grant.”

Police searching for suspect who shot man in Bozeman