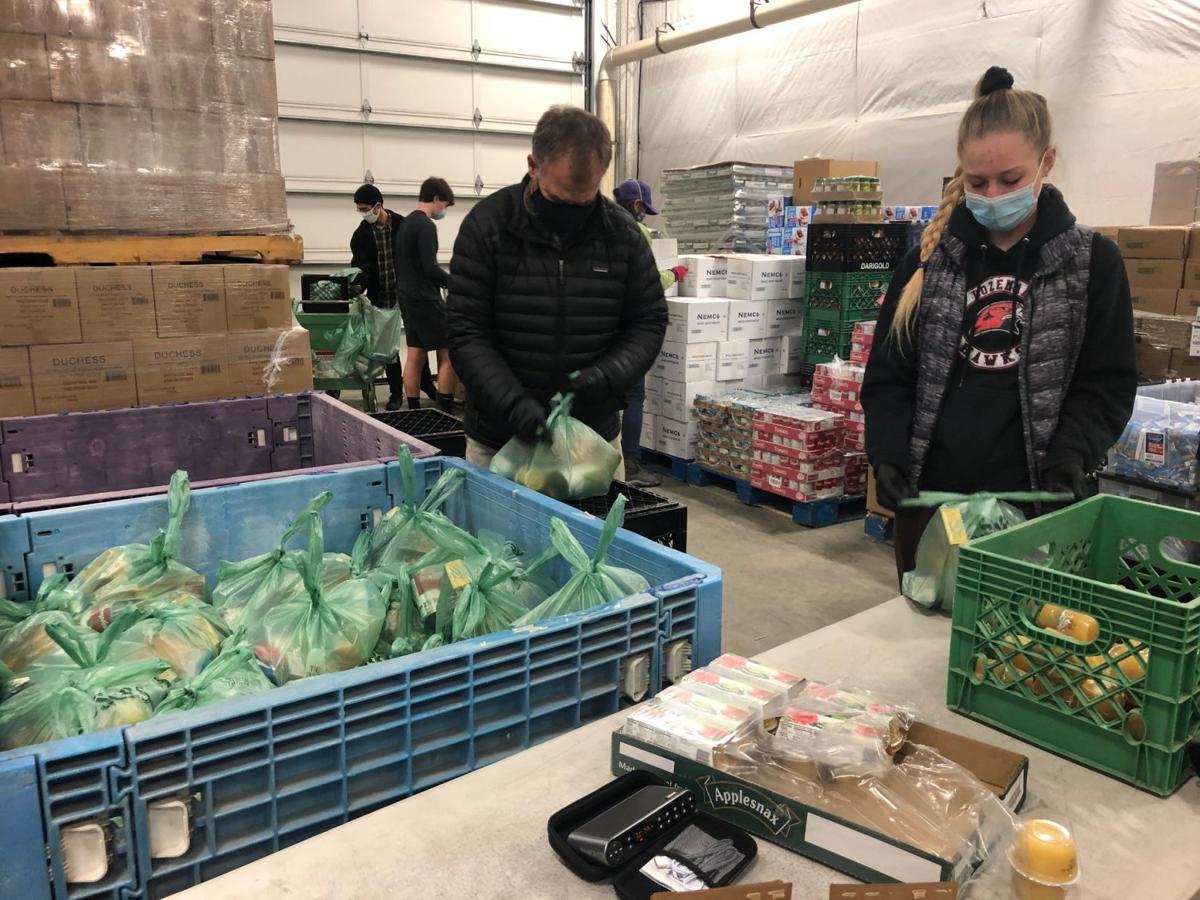 Bozeman Schools Foundation Board member Roland MacNichol and student Ayla Slate fill the KidsPacks, providing food for students over the weekends, on Feb. 2. 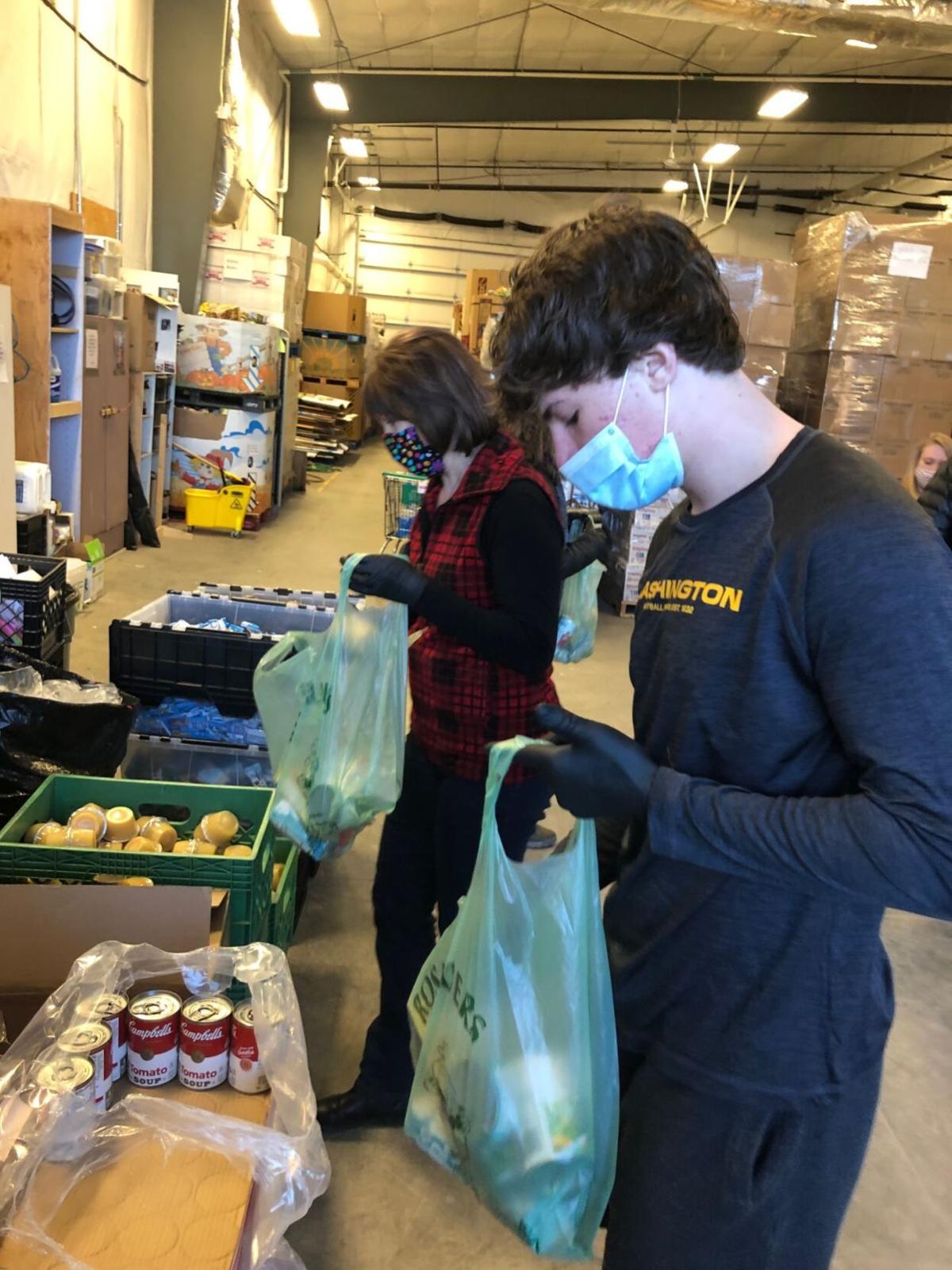 Bozeman Schools Foundation Board member Roland MacNichol and student Ayla Slate fill the KidsPacks, providing food for students over the weekends, on Feb. 2.

Elementary school families in the Bozeman School District will be receiving a brown paper bag soon, as part of a fundraiser to raise awareness around food insecurity.

Bozeman Schools Foundation has partnered with Gallatin Valley Food Bank and HRDC for the second year to raise money for their KidsPack program.

Elementary school students will receive a paper bag with information about food insecurity in the area and the program. Families are asked to fill the bags with cash or a check to be returned at the end of the week. Middle and high school families will receive details about the fundraiser via email.

KidsPack is a bag full of food that goes home to food insecure students at the end of the week to ensure families have enough food over the weekend for kids. The bags, which are handed out by the students’ schools, are filled with items like canned fruits and vegetables, granola and nonperishable milk.

“It’s hard to learn when you’re hungry,” said Judy Slate, director of Bozeman Schools Foundation. “Some kids might think they’re acting out or can’t pay attention but don’t realize there are some underlying factors and one of those might be hunger.”

Slate said they chose to partner with the two organizations to not only raise money but to also help raise awareness about food insecurity in the area.

The foundation estimates one in eight elementary students in Gallatin Valley face food insecurity. On average 115 Bozeman kids receive the KidsPack each week, according to Slate.

A Montana State University survey conducted during the early months of the COVID-19 pandemic in 2020, found food insecurity had increased for Montanans. Before the pandemic, 11% of the survey respondents were food-insecure but that number rose to 18% during the pandemic.

Respondents also reported food was harder to find, especially in remote conditions. Roughly 77% of people surveyed said some of the food items they needed were unavailable, according to the survey results.

In the survey, 34% of people also reported financial hardship due to COVID-19.

There has “definitely been the need” for the students this school year, Slate said. The blended learning model, where students were in schools two days out of the week, did make it “a little more difficult” to get the bags to students, she said.

Last year, the fundraiser raised over $11,000, Slate said. She said they are already well on their way to meeting this year’s fundraising goal of $15,000. The foundation received a $10,000 donation from Finally Restaurant Group, which owns restaurants throughout the state, including Bozeman’s Rib and Chop House.

“Our goal now has gone up, and we would love as much as we can raise,” Slate said.

She said the fundraiser was designed to have kids and their families participate. The foundation employees especially enjoyed when they received bags full of coins, knowing young kids had gathered the coins from their houses.

“It was intended to involve children,” Slate said. “When we had bags of coins, it was kind of special.”

Donations can be made online. Families and kids over eight years old can also contact the food bank to volunteer to pack the food bags each week. During a volunteer event on Tuesday, Slate said they packed 319 bags in under an hour.