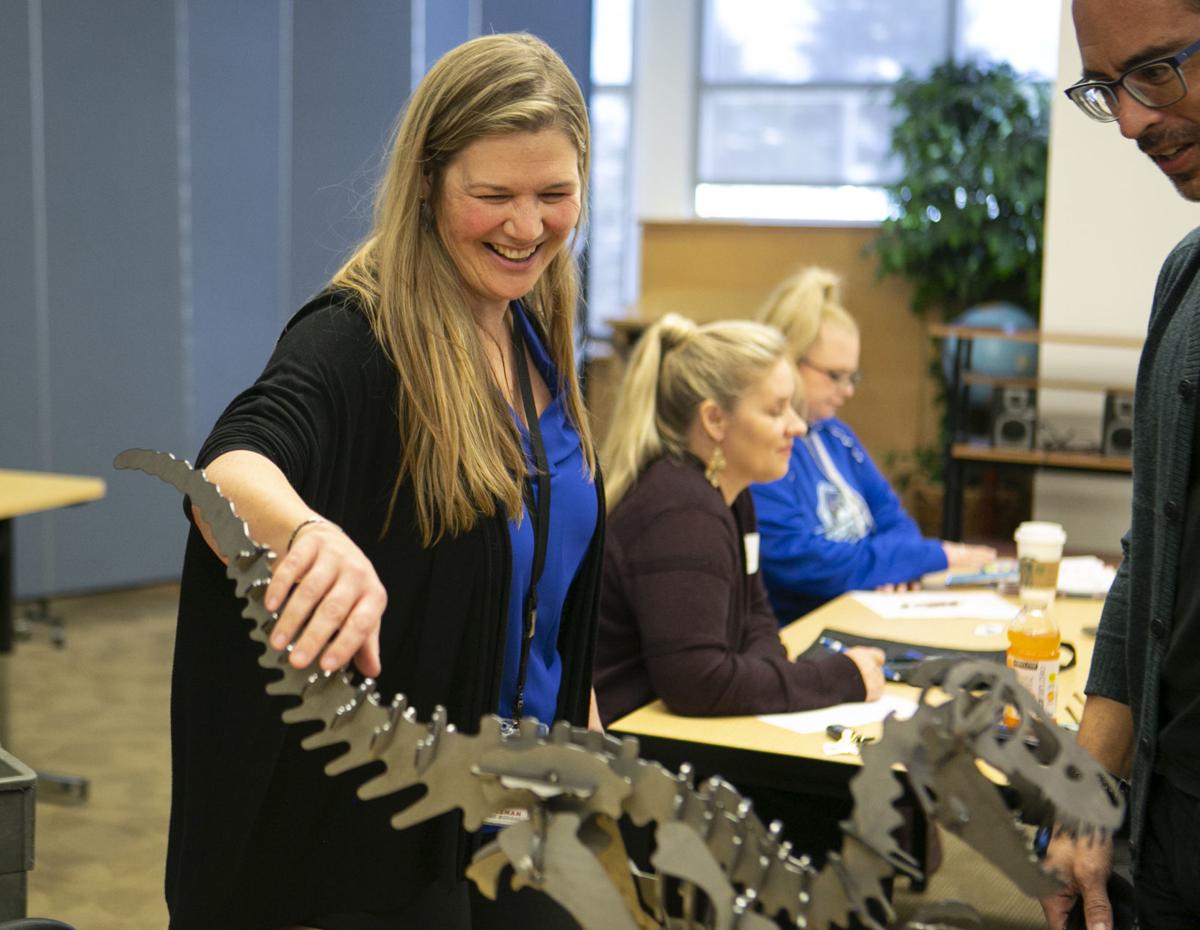 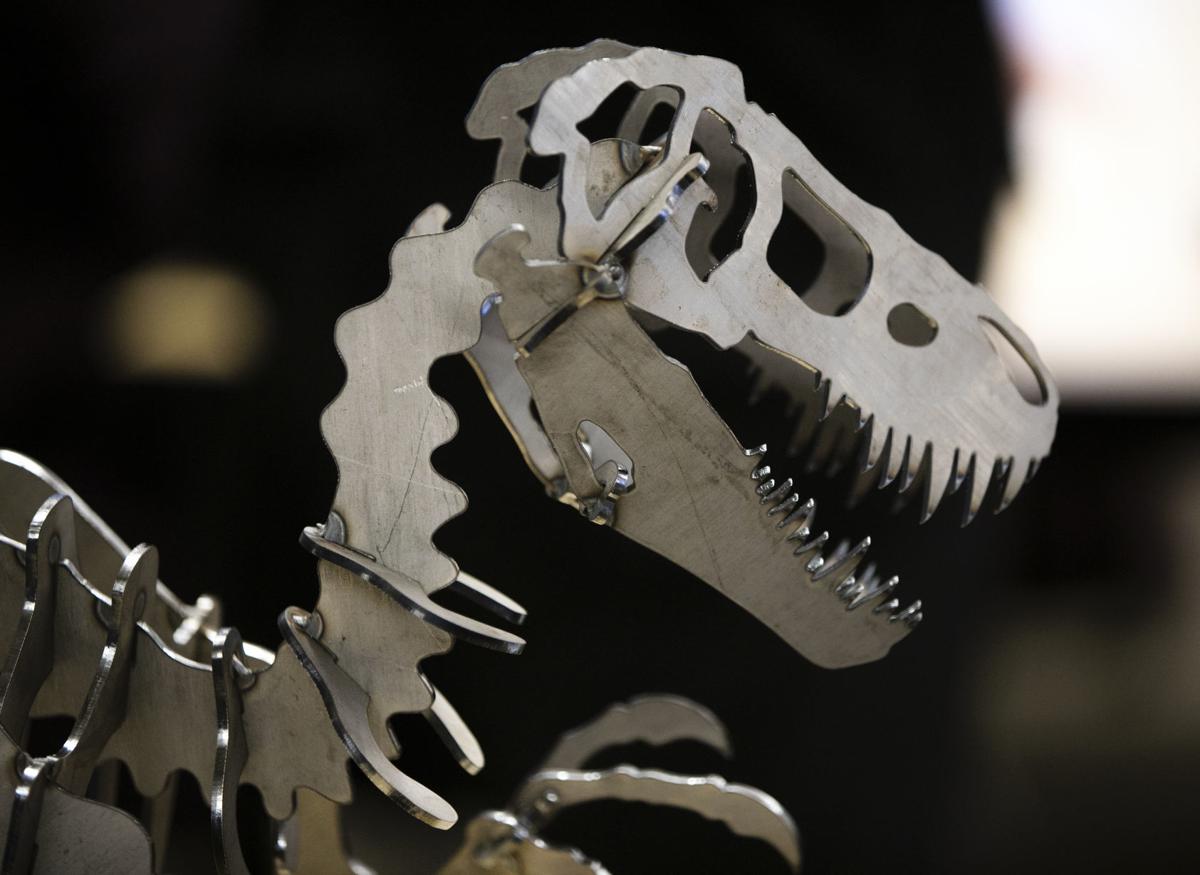 A miniature version of a proposed raptor sculpture is presented at the Gallatin High Parents Council on Thursday at Bozeman High.

A miniature version of a proposed raptor sculpture is presented at the Gallatin High Parents Council on Thursday at Bozeman High.

There was a lot of excitement when a mockup of a dinosaur sculpture was shown to parents whose kids will attend new Gallatin High School, future home of the Raptors.

“I love it,” said Kim Sacry, president of the Gallatin Parent Advisory Council. “It’s so cool.”

Moms grabbed their cell phones to take photos of the mockup.

“I just sent a picture to my daughter and she’s losing her mind already,” one dad said.

Nothing is set in stone, but this is a possibility, Schnee told the parents.

She said steel fabricators at Johnson Metal Works made the raptor model after reading a story in the Chronicle that reported school officials were talking about trying to get a dinosaur sculpture for the entry of the new high school.

Schnee said the steel company is working with the Museum of the Rockies to make sure the sculpture would be anatomically correct — fixing the raptor’s posture and getting the correct claw on its foot raised menacingly.

It could cost roughly $30,000 for a sculpture that would be 7 feet high and 11 feet long, she said. Would the parents be interested in raising half of that if the school provided half, Schnee asked.

Sacry said she thinks the parent group and community would support it.

At Johnson Metal Works, owner Scott Johnson said Friday that he and his crew are excited about the sculpture, even though his kids are just 1 and 3 years old, a long way from high school. Johnson said his 13-employee company contributed about 30,000 pounds of steel for the new high school’s construction, including its staircases.

Chuck Gardenhire, in charge of the company’s estimating and designing, created the dinosaur mockup. He said was reading the newspaper one Sunday and learned that school officials were interested in some sort of raptor sculpture.

“I came to Scott and said, ‘We can do this,’” Gardenhire said. “We put our heads together … ‘Let’s make a mockup, let’s get the community involved.’”

Gardenhire said he wants to work with the museum to fix any inaccuracies in the mockup.

“It’s an artist’s rendition,” he said. “We want to make it realistic.”

The $91 million Gallatin High School is under construction in northwest Bozeman, scheduled to open this August. Bozeman High School’s student body, now the largest in the state, will then be split between the two schools, and the $25 million renovation of Bozeman High will begin.

Schnee said she feels excited about the raptor sculpture. After all, she pointed out, the Bozeman High campus has about 10 sculptures.