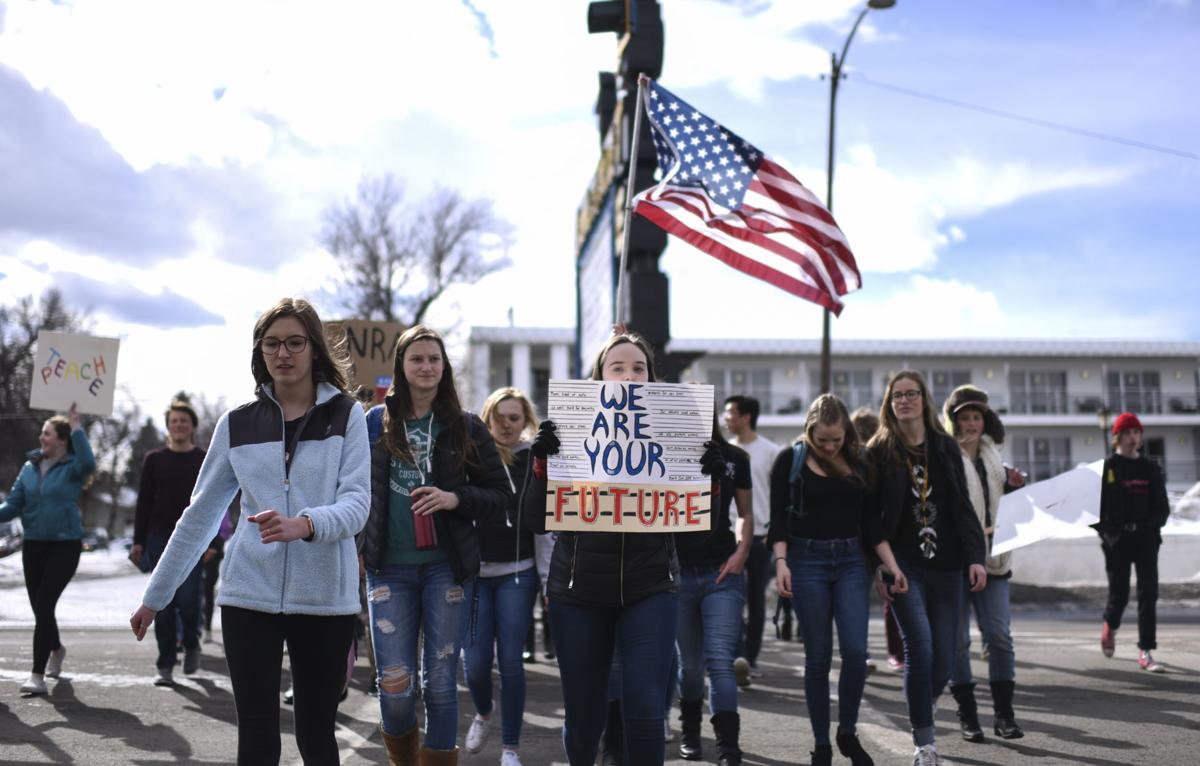 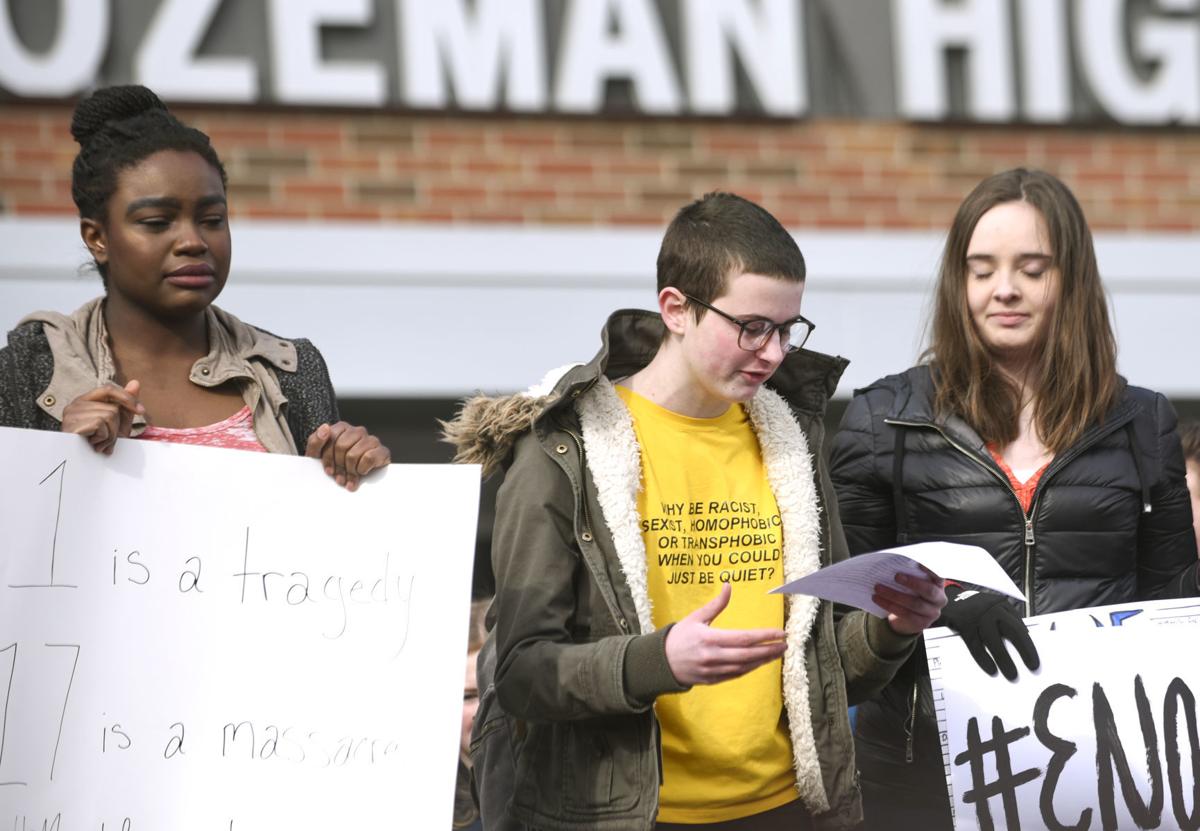 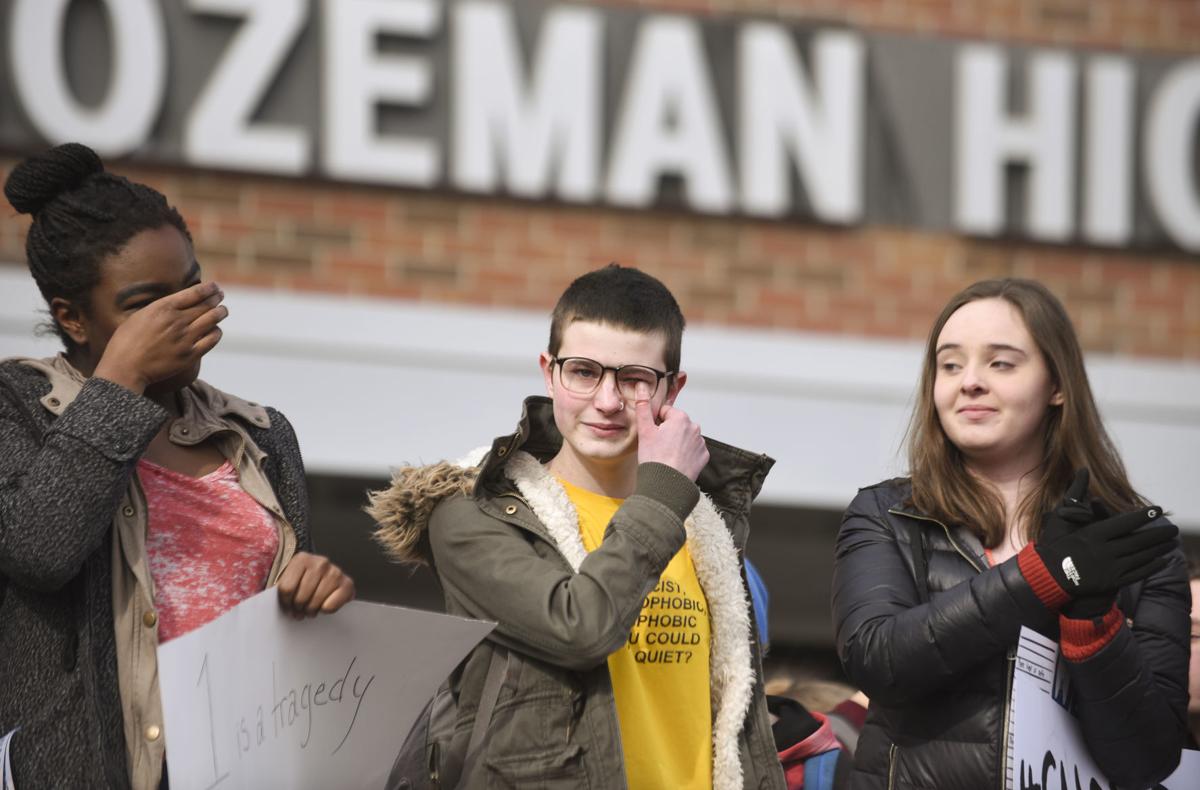 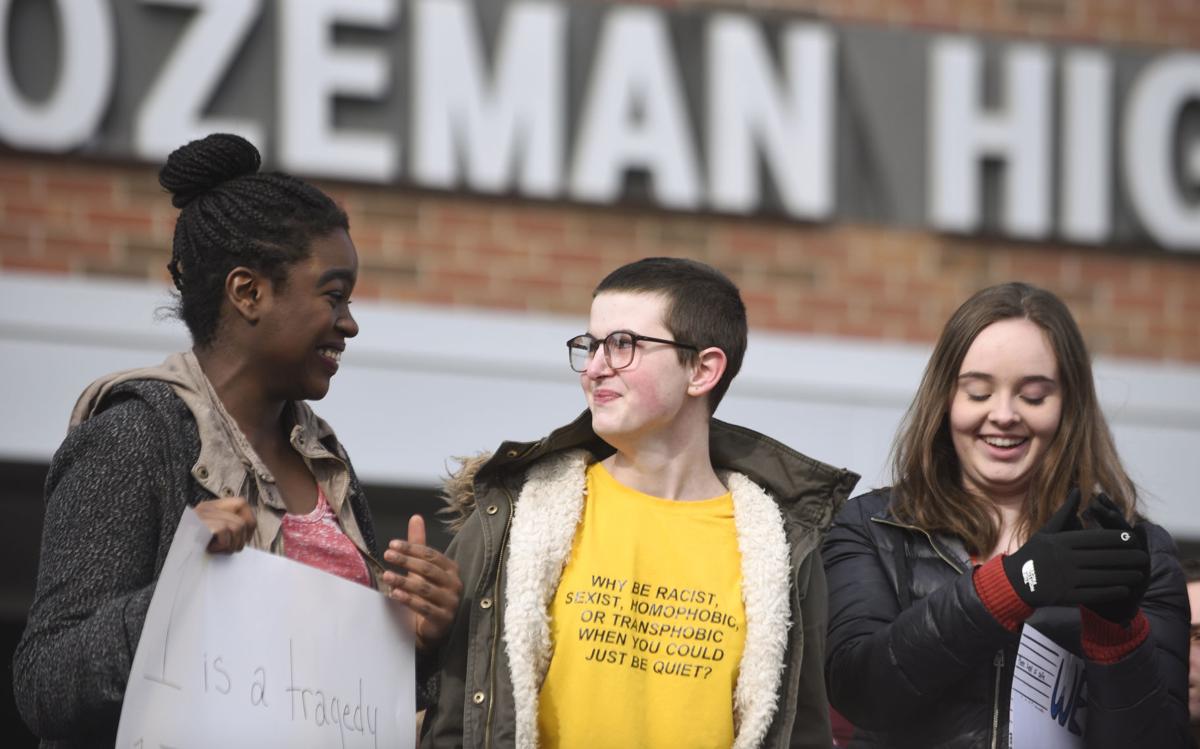 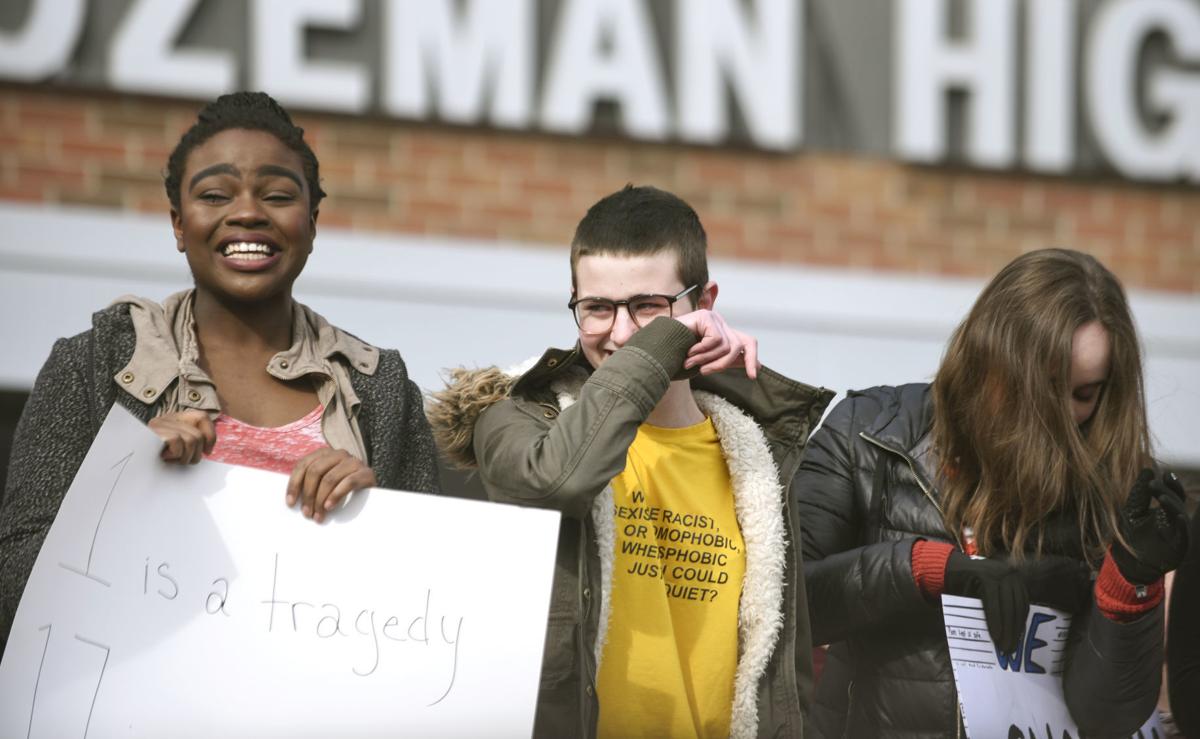 Hundreds of Bozeman students walked out of school Friday to hold peaceful protests against the gun violence that killed 17 students and teachers at a Florida high school and against the political inaction that followed America’s mass shootings.

More than 350 Bozeman High students marched in the morning from their school’s steps to downtown Bozeman, chanting slogans like, “This is what democracy looks like,” “Enough is enough” and “Hey, Hey, NRA, How many kids will you kill today?”

Another 250 students walked out at Sacajawea Middle School in the afternoon, and read aloud the names of those killed in Florida. A similar protest was held at Chief Joseph Middle School, and officials said 250 walked out there, too.

“We are marching for our lives today!” said Bozeman High senior Favour Bright, a protest organizer and state speech and debate champion, standing before hundreds of students gathered on the high school’s front steps. “Teachers, as much as we love them, should not carry guns!

“A lot of people think we are anti-gun. No, we are pro-life!”

Freshman Timea Laatsch, one of about 15 ad-hoc protest organizers, became emotional as she told the crowd that now every time she says goodbye to her mom, she has to wonder if it’s the last time.

“Now in every class, I think where I would hide if there’s a shooter,” she said.

Some people say gun control won’t work, Laatsch said, but she’s “sick of it being so easy” to get guns. Australia imposed strict gun laws after 35 people were killed, she said. “Why isn’t 1,077 killed in America enough for America to do something?”

About 100 parents and community members came to show support and applauded the high school students.

“I am so proud of our young people,” said the Rev. Roxanne Klingensmith, deacon at St. James Episcopal Church. “We need to do something about gun violence. In my position as clergy, I think God would want me here. I don’t think Jesus would be carrying a gun.”

As students marched along the sidewalks to Main Street, they carried signs saying “Enough” and “Protect your kids not your guns” and targeting the AR-15 rifle that killed people at the Florida school.

A group of five boys stood on a sidewalk, watching the march and speaking up for the National Rifle Association.

“They’re unfairly blaming the NRA,” said sophomore Cody Petersen, 15, a gun owner and hunter. He said his reading suggests there’s a strong correlation between America’s increased use of mood-altering drugs and the increase in mass shootings.

“I think teachers should be armed and trained,” Petersen said.

At South Willson Avenue, students crowded onto the sidewalk in front of U.S. Sen. Steve Daines’ office, and their chants echoed off the old brick buildings.

Henry Hardin, 17, a senior, said he wanted to ask Daines, a lifetime NRA member, what he’d do to end gun violence.

“We are being slaughtered because a broken system has done nothing to stop this,” Hardin told the crowd. “He is more concerned with the safety of the NRA than of his own former high school.”

Unless Daines changes his votes, Hardin declared, young people will vote and change history in the next election.

Daines said this week in a video on his website that schools should be secured similar to the way airplanes were secured after 9/11, with pilots allowed to carry firearms and airport perimeters being secured.

An hour after the students’ walkout started, they marched back to the high school. Juniors Myah Kelley and Margo Gaillard said they thought the protest had gone really well. “I’m pretty proud of the turnout,” Gaillard said.

Kelly Diehl, one of several moms marching with the students, ran into her daughter Lydia and gave her a hug. Diehl said she thinks such demonstrations will do some good.

“It’s awesome what the kids in Florida have done and I want our kids to step up, too,” she said.

Students gathered once again on the school’s front steps and chanted, “Not in our school, Not in any school.” The group’s final shout was, “Thank you, Bozeman Police!”

Timea, 15, said the protest had been “amazing.” “The turnout was fantastic, the support from the community was fantastic,” she said.

School Superintendent Rob Watson, several administrators and some teachers had walked along to monitor the student marchers, make sure they followed traffic rules and stayed safe. Watson had asked students to be respectful and law-abiding, and they had done that, crossing the streets as police directed, he said. “I felt it went as good as it could go.”