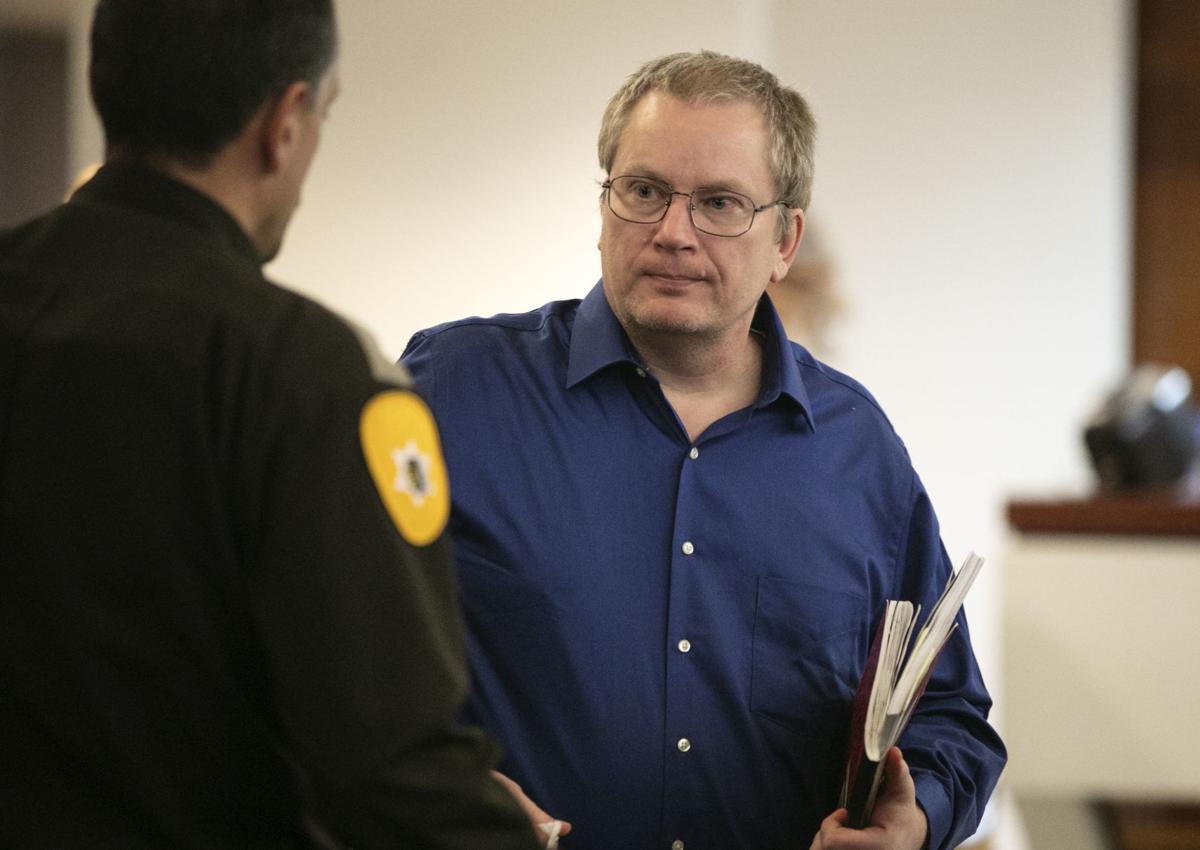 Defendant Joseph Paul DeWise exits the courtroom at the end of opening statements Monday, Dec. 2, 2019, at the Law and Justice Center in Bozeman. 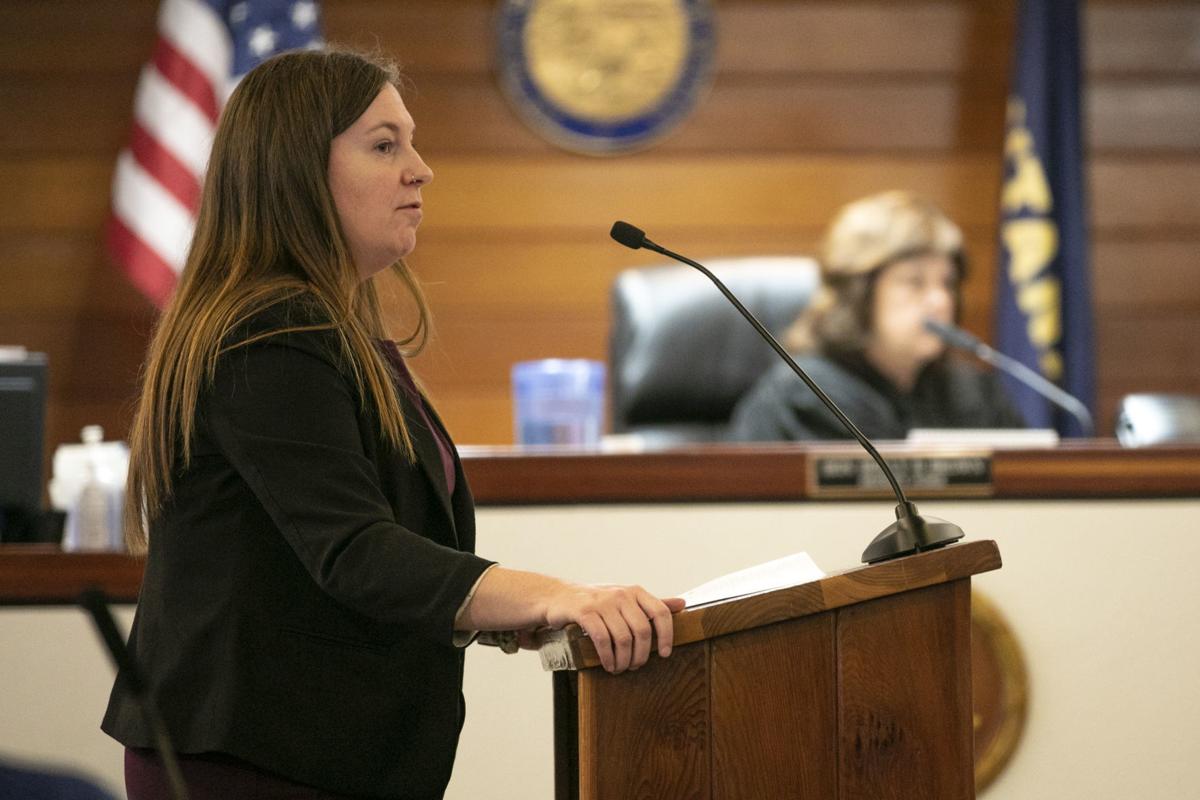 Defense attorney Annie DeWolf gives her opening statements in the trial of the murder of Lauren Walder DeWise Monday, Dec. 2, 2019 at the Law and Justice Center in Bozeman. 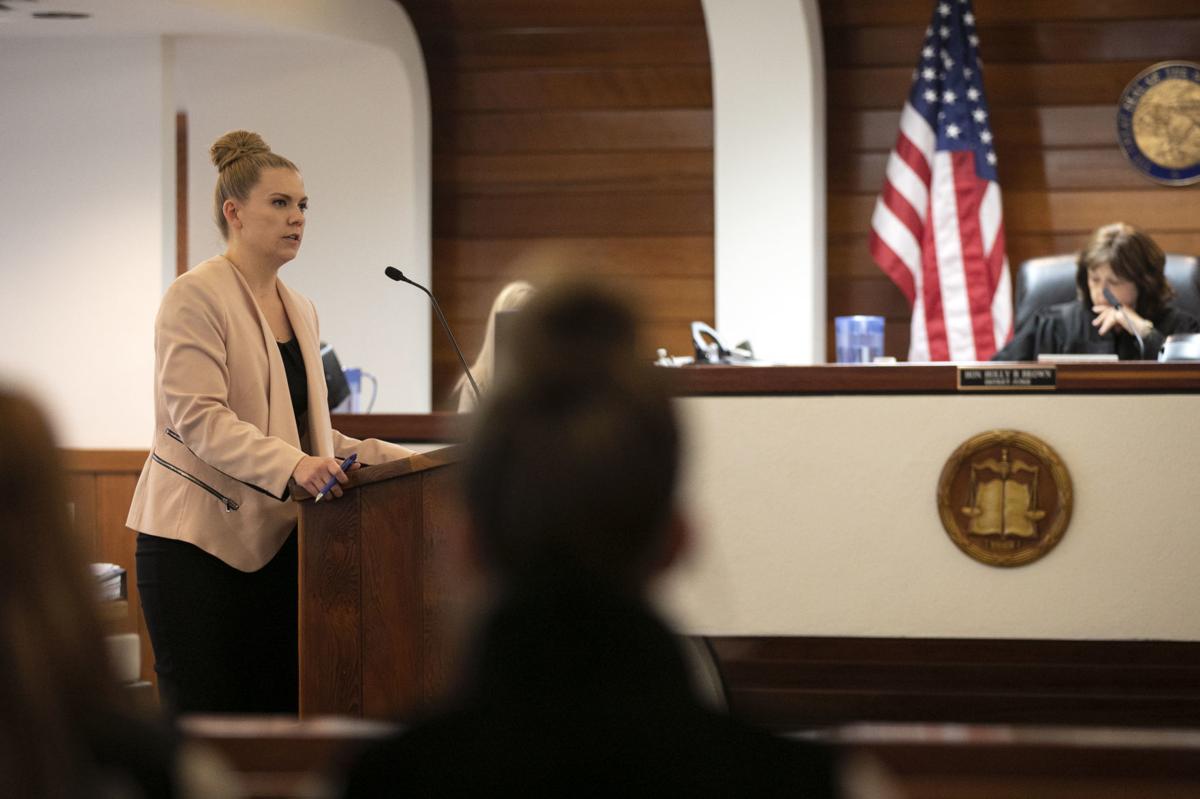 Prosecutor Jordan Salo makes her opening statement in the trial of the murder of Lauren Walder DeWise Monday, Dec. 2, 2019 at the Law and Justice Center in Bozeman.

Defendant Joseph Paul DeWise exits the courtroom at the end of opening statements Monday, Dec. 2, 2019, at the Law and Justice Center in Bozeman.

Defense attorney Annie DeWolf gives her opening statements in the trial of the murder of Lauren Walder DeWise Monday, Dec. 2, 2019 at the Law and Justice Center in Bozeman.

Prosecutor Jordan Salo makes her opening statement in the trial of the murder of Lauren Walder DeWise Monday, Dec. 2, 2019 at the Law and Justice Center in Bozeman.

The trial of a Belgrade man accused of killing his estranged wife and injuring her roommate began Monday with talk of lies, infidelity and jealousy surrounding the January 2018 shootings.

During opening statements in Gallatin County District Court, prosecutors told jurors that his estranged wife’s alleged infidelity motivated Joseph Paul DeWise to kill her. DeWise’s attorneys refuted that argument by saying he tried to save their marriage and witnesses lied to police about the shootings.

The arguments mark the beginning of a 10-day trial that will dig into the 2018 shootings. DeWise is charged with deliberate homicide for the death of Lauren Walder DeWise and attempted homicide for shootings and injuring Ashley Van Hemert.

The trial will feature testimony from Van Hemert, law enforcement officers and two of DeWise’s kids. If convicted, DeWise could face up to life in prison.

Annie DeWolf, DeWise’s defense attorney, said DeWise met Lauren and fell in love while they were both married to other people. Lauren and DeWise eventually married each other after getting divorced.

They then moved to Montana and Lauren became the breadwinner of the family after DeWise had a mountain biking incident that left him unable to work.

DeWolf said their marriage started to get “rocky” and that DeWise caught Lauren with two other men. DeWise will admit that he was mean to Lauren, DeWolf said, but he was doing what he could to make their marriage work.

DeWolf said the people who claimed to have witnessed the murder have lied to law enforcement.

“A story that was made up after they had talked to their mother, (DeWise’s) ex-wife,” DeWolf said, referring to DeWise’s two kids who will provide testimony in the case.

Jordan Salo, prosecutor in the case, outlined a number of witnesses and evidence she said would show how DeWise acted toward Lauren leading up to the homicide and what he did after to cover it up. She said jurors would also see that DeWise had “motive, opportunity and the means” to kill Lauren.

Salo said the lack of evidence should be considered evidence. She said that when police brought DeWise in for questioning, he listed every gun he owned but left out the gun that was used to kill Lauren. It was found in a pond the morning of the incident.

Salo said the jurors would also hear from DeWise’s 15-year-old son and 17-year-old daughter. DeWise brought the son to the home where the shootings happened the night of the incident and spoke to his daughter early the next morning.

“She will tell you that her father confessed that he had just killed Lauren,” Salo told jurors, referring to DeWise’s daughter.

Jurors also heard testimony from Belgrade police officer Jarrod Robinson, who was the first officer to arrive at the house after the incident. Robinson’s testimony set up video from his body camera of him entering the home on the morning of the shootings of Lauren and Van Hemert.

Robinson is seen moving through the first floor of the home with his gun drawn. Van Hemert could be heard crying for help from upstairs. When Robinson gets to her, Van Hemert is lying on the floor next to blood stains. She begs multiple times for the officer not to shoot her.

Van Hemert, wary of the officer, asks repeatedly if Robinson is a police officer and continues to ask for help. When Robinson asks what happened to her, Van Hemert replies that she didn’t know and was unaware that she was bleeding.

DeWise has been held at the Gallatin County jail on $1 million bail since the shootings.

Since his arrest, DeWise has been charged with two new felonies. He faces a separate charge of felony tampering with evidence for calling his daughter against a court order. He also faces a separate felony assault on a peace officer charge that accuses him of punching a detention center officer in the face.

The Chronicle's coverage of the trial of Joseph Paul DeWise, who is accused of shooting his estranged wife and her roommate in Belgrade in Jan…

A caller reported a 12-pack of beer was stolen. Officers took a theft report.