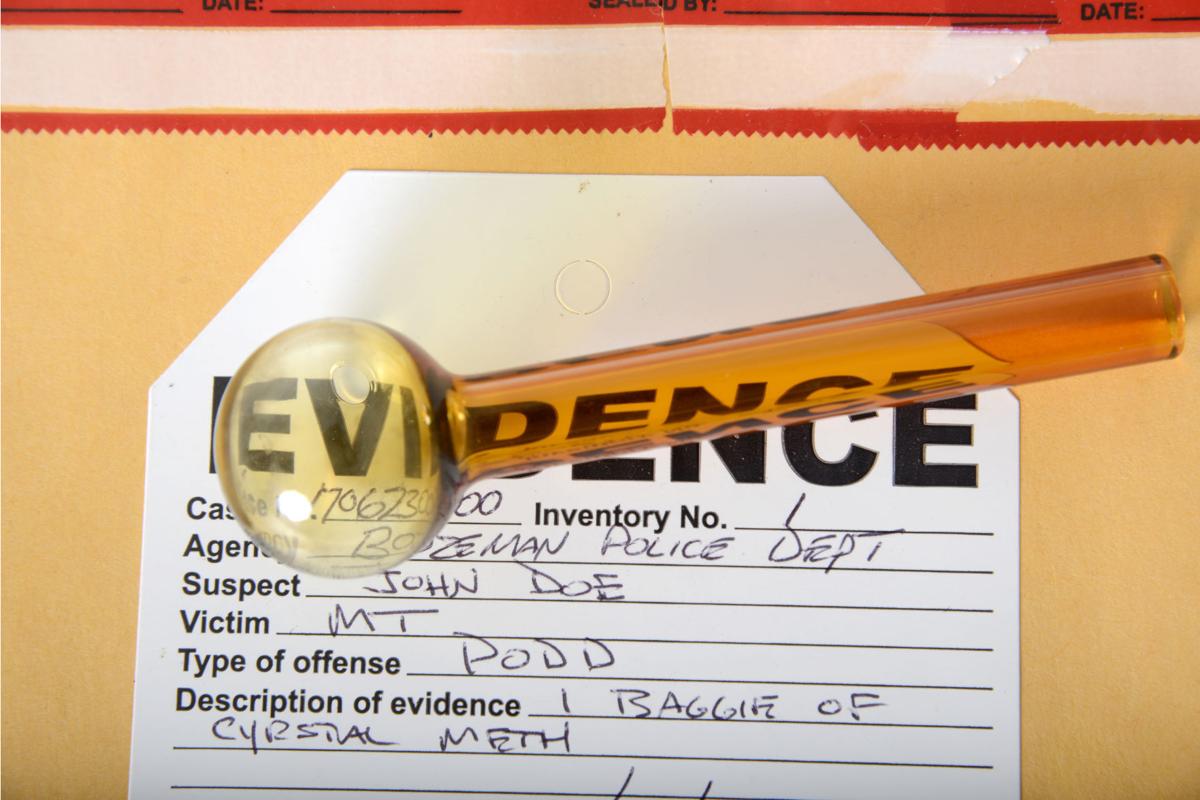 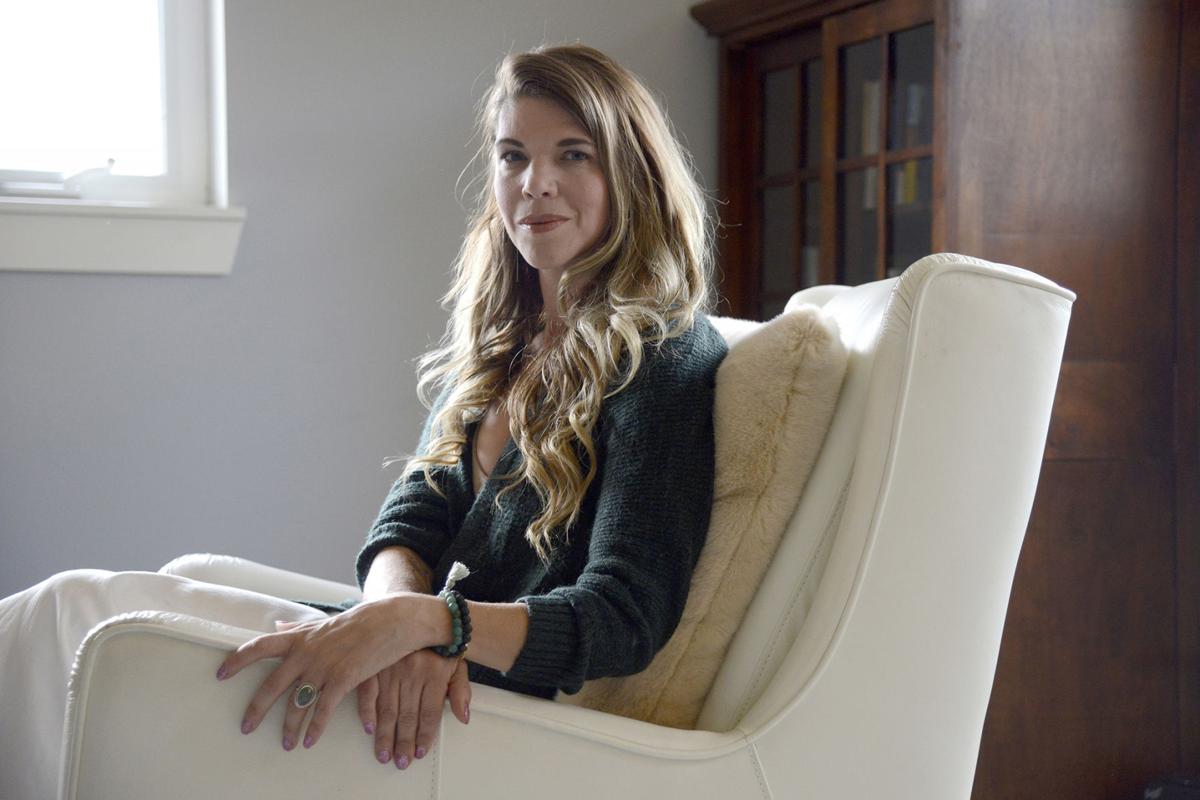 Rachel Dunkel, a licensed addiction and mental health counselor with Bridger Peaks Counseling & Recovery Services, is photographed at her office on Friday, June 25, 2021.

Legal supply chains of all kinds felt the pressure of the pandemic, but illicit supply chains — like the flow of methamphetamine into Montana — appeared to have seen a shorter slowdown and a quicker recovery than legal counterparts.

The quantity of meth was on the rise before the pandemic in Gallatin County and the other six counties where the Missouri River Drug Task Force operates, said Ryan Stratman, the captain of the task force and a deputy captain with the Gallatin County Sheriff’s Office.

In fall 2019, the amount of meth in the are grew as prices fell, which likely meant that there was a surplus of the drug in the area. It’s the same economic principle as anything legal — if there’s more bananas for sale than people want to buy, the prices will likely drop to get the inventory moving.

But as pandemic restrictions took hold, just like legal supply chains, the supply of methamphetamine was constrained — at least briefly — a global shift that made it harder to get the drug from where it was produced to where it’s sold and consumed.

“Initially, we saw a decrease in amounts and we saw an increase in price,” Stratman said. Travel restrictions, enforced with relative strictness at the U.S.-Mexico border, slowed down the movement of meth, temporarily.

“We saw the change in the last six months,” he said. “We’ve seen larger amounts (of meth) coming to Montana.”

The pandemic affected out-of-country, large-scale meth labs’ ability to get the precursor chemicals to make meth and the ability to get the finished product across borders. But “lasting long-term impacts on the supply chain and methamphetamine production appears to be minor or negligible,” according to the Drug Enforcement Agency’s 2020 National Drug Threat Assessment.

Some reports to the DEA indicate that some meth traffickers overinflated the pandemic’s impact on their ability to get precursor chemicals or move their products and held drugs or charged higher prices as the amount of meth available dwindled, the report says.

During 2020 and the pandemic, meth overdose deaths increased by almost 35%, according to the DEA’s 2020 Year in Review, and exceeded the number of cocaine-related deaths.

Two of the DEA’s largest meth busts in recent history also happened during the pandemic; first, more than 2,200 pounds seized in Los Angeles in October 2020, then more than 3,000 pounds seized just a few days later in San Diego.

In Montana, people appeared to be using meth more often during the first few months of the pandemic. A Millennium Health report showed a 34% increase in urine samples testing positive for meth between March 13 and May 31, 2020, compared to Jan. 1 through March 12, 2020.

“All around Gallatin County right now, our primary focus is meth. And I would say that’s the primary focus in Montana,” said Stratman. “As we grow, law enforcement and investigators, we struggle to keep up with the growing number of cases that we’re receiving.”

The Missouri River Drug Task Force operates in seven Montana counties, including Gallatin and Park counties. The task force includes officials from the FBI, Homeland Security, DEA and county and city agencies, like the sheriff’s office and Bozeman Police Department. It investigates drugs of all kinds but, like Stratman said, has an emphasis on meth.

“What we look to investigate is primarily the large drug investigations, those organizations and those individuals bringing large amounts (of illicit drugs) into the state and into our community,” Stratman said.

A majority of the meth in the United States is produced in large laboratories in Mexico and then smuggled into the country, where it’s distributed and consumed, according to the DEA 2020 National Drug Threat Assessment.

Meth seizures at the southwestern United States border increased by 74% between 2018 and 2019, according to the DEA report. The number of meth labs found by law enforcement in the U.S. has been on the decline since 2012 after the country banned purchasing large amounts of chemicals used to make the drug. The Missouri River Drug Task Force finds one or two meth labs in the state per year — in hotel rooms, cars and private residences, Stratman said.

But despite decreasing domestic meth production, the number of deaths related to meth use both nationwide and in Montana have increased since 2015. An estimated 12,900 Montanans over the age of 12 used meth from 2018 to 2019, and crimes related to meth — which include possession and possession with intent to sell — have increased 124% since 2014, according to a January 2021 Meth Use in Montana report from the Department of Public Health and Human Services.

The DPHHS Summary of Methamphetamine Use in Montana, a more comprehensive report published in August 2020, found that from 2009 to 2014, between two and 16 Montana residents died every year from meth overdose or had meth ruled as a contributing factor to their death. Between 2015 and 2018, that increased to between 24 and 34 people dying every year.

About 68% of all instances of children being removed from their homes due to abuse and neglect in Montana involve parental drug use. Of those cases, 65.3% had methamphetamine listed as the primary drug, according to the summary report.

“As long as there’s a demand for it, there’ll be a supply for it,” said Bozeman Police Department Detective Captain Cory Klumb. “Once they have walked down that path, it becomes a habit. So we have got to stop it from ever occurring in the first place.”

Early education could be a major asset in helping people know the risks of meth use, Klumb said. The school resource officers can do some education, but it’s also important for parents and guardians to talk to children about meth, Klumb said.

In other words, the solution is focusing on prevention and treatment — not punishment.

“You can’t arrest the problem away,” he said.

The isolation, loss and trauma that so many people experienced during the pandemic has some mental health professionals anticipating what is sometimes called the “second pandemic,” an expected spike in mental health issues as peoples’ brains catch up to the past 18 months.

Americans, especially young adults and teenagers, have already reported thinking more or more seriously about committing suicide and are experiencing more symptoms of depression and anxiety, according to the CDC’s Mental Health, Substance Use and Suicidal Ideation During the COVID-19 Pandemic weekly reports.

Dunkel said that, in her professional experience, people who had traumatic experiences, especially during their childhood, are at a higher risk of substance abuse disorders than people who didn’t experience trauma. And the trauma doesn’t need to be one major, horrifying experience, she said — it could be “small T trauma,” like experiencing a family divorce, having family dynamics shift in a major way or living through a pandemic.

“The reality is, the pandemic was actually traumatic,” she said. “Some people might not have experienced that like a big T trauma … but for some, it was.”

Substance abuse generally doesn’t start with a drug like meth or heroin, but with more widely available intoxicants like alcohol. That means that people who could eventually be using a drug like meth to cope with the trauma of the pandemic might not be doing so right now, but could be in the future.

Meth and other amphetamines tell the body to create the same neurochemicals that it releases naturally, but at an exponential rate compared to the amount released during other activities with the same reaction, like eating, Dunkel said.

“The way our body understands those neurochemicals is that they’re essential for survival,” she said.

The flood of those chemicals to the brain makes the brain think that getting that feeling again is more important than anything else.

Dunkel works with her patients to help them see that using drugs is a form of coping instead of shaming them for the choices that led to addictions.

“One of the things that we come up against in our culture is this idea that (people who are addicted) are deviant or criminals,” Dunkel said. “A lot of it is really more about coping, coping with life challenges, and there could be co-occurring disorders such as mental health concerns.”

There isn’t a isn’t a one-size-fits-all treatment for meth addiction, but community and family support is essential for any kind of treatment to work, Dunkel said.

“I think it would be inaccurate to say that there’s not a component, with some people, that involves mental illness,” he said.

He added that the impacts of the pandemic on the world of addiction, especially for young people who lived through it, will be something to keep an eye on.

Reducing the amount of meth in the Gallatin Valley, or anywhere else, will require a three-pronged approach, Stratman said.

“There’s enforcement, there’s education and there’s treatment,” he said. “It’s not one of those branches that’s going to be able to solve our drug issues in the United States. It’s a team effort between those three. I think we’ve come a long way over the years with working with each of those branches, but we can always improve.”