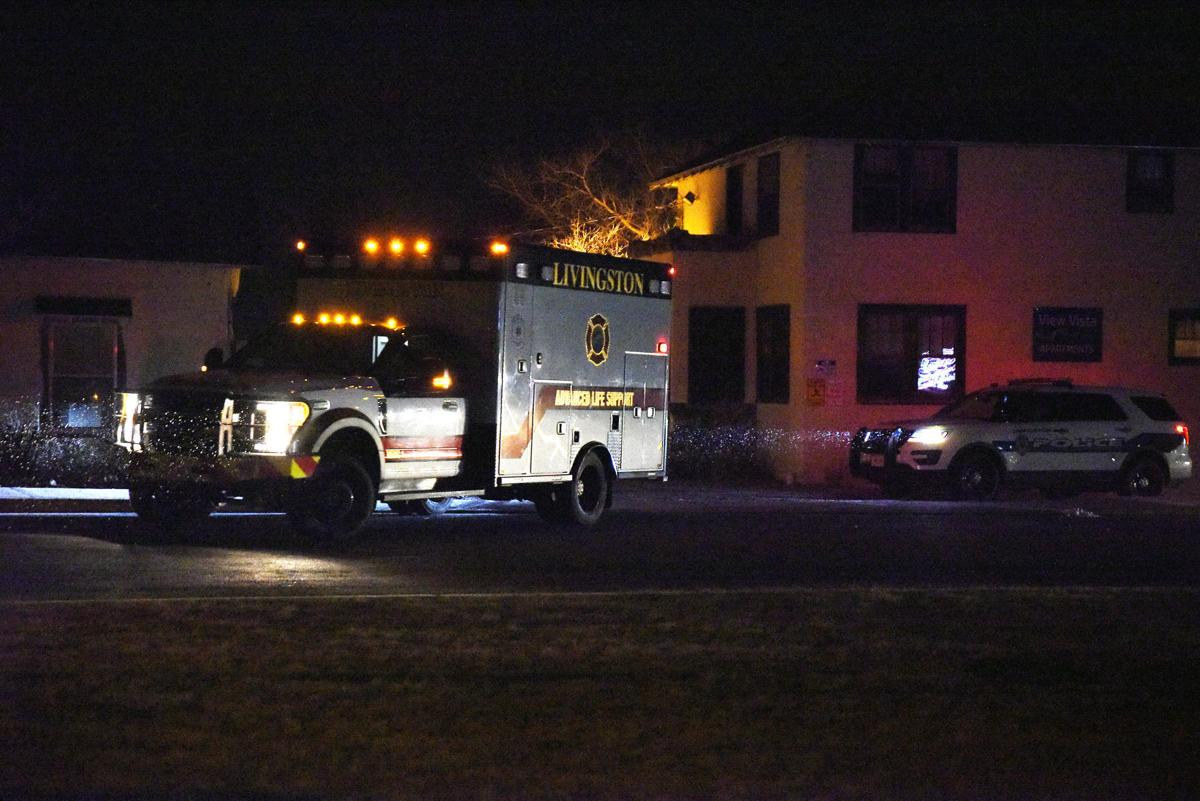 A Livingston ambulance pulls away from a police standoff after a suspect exchanged gunfire with police officers around 10 p.m. on Wednesday. A few patrol cars followed the ambulance to the Livingston hospital. 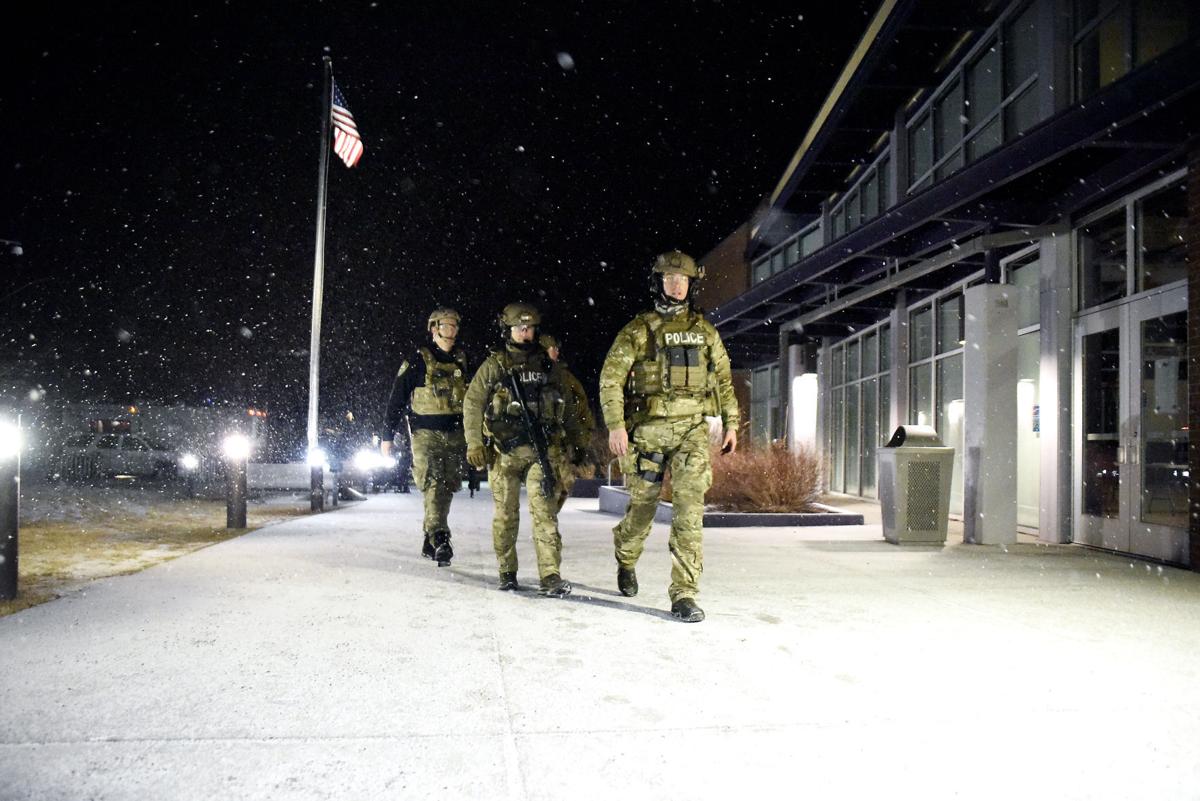 Members of a swat team return to base at Park High School after a shootout between officers and a Livingston man who barricaded himself inside his trailer.

A Livingston ambulance pulls away from a police standoff after a suspect exchanged gunfire with police officers around 10 p.m. on Wednesday. A few patrol cars followed the ambulance to the Livingston hospital.

Members of a swat team return to base at Park High School after a shootout between officers and a Livingston man who barricaded himself inside his trailer.

LIVINGSTON — A man is still in the hospital here after a standoff with police in a trailer park on the city’s east side ended with several shots exchanged between the man and officers late Wednesday night.

Michael Marfuta, 49, was taken to the Livingston Hospital after being injured in a shootout with police around 10 p.m. Wednesday. He surrendered to police shortly afterward. His injuries were non-life threatening.

No law enforcement officers were injured in the incident.

Marfuta confronted deputies with a knife on Tuesday, after deputies tried serving him an eviction notice.

Law enforcement surrounded Marfuta’s home and tried to negotiate a peaceful resolution with him. A more than 30-hour long standoff ensued with Marfuta firing a gun at officers several times throughout the incident.

Police were prepared to use less than lethal options but had “no choice” to fire back when Marfuta began shooting at them, said Park County Sheriff Brad Bichler.

“He engaged my deputies in an extreme volley of high-powered rifle fire, and then we had to engage back with live fire,” he said.

Bichler said that officers shot Marfuta once near his right shoulder, but Bichler was unsure exactly where.

Bichler said that Marfuta has been charged with attempted homicide, criminal endangerment, assault with a weapon and obstructing a peace officer. He will be seen in Park County Justice Court when he is medically cleared.

Since the incident is considered an officer-involved shooting, the Department of Criminal Investigations is investigating the incident and processing the crime scene.

Bichler said he didn’t know how many guns were inside Marfuta’s home or what investigators found there.

He said he hoped the state would wrap up collecting evidence to get displaced neighbors back into their homes by Thursday afternoon.

Bichler thanked the residents of Livingston and Park County for their patience throughout the incidents and for donations of food, water and Gatorade.

In a civil complaint filed against Marfuta in Park County District Court in September, plaintiffs View Vista Community, Inc., a nonprofit, said Marfuta refused to sign a lease agreement when the organization took over the park a year ago. The nonprofit said in the complaint that Marfuta had not paid rent since April and had been served with several notices.

Marfuta sent the nonprofit’s attorney Jon Hesse two emails, dated June 23 and July 24, that were included in the complaint against him. Marfuta told the organization that a standoff like this was inevitable and that the only way he was leaving was “in a body bag.”

“Any force you bring against me will result in a significant self defense response,” Marfuta wrote to the organization in July.

Bichler said he was aware of the complaint and that law enforcement had taken every step it could to “avoid at all costs” a standoff. He said the issue was a civil one that ultimately resulted in a court order.

“As far as the steps being taken to keep this from happening, we wanted to try to extend as much time as we could to try to put things in place,” Bichler said.