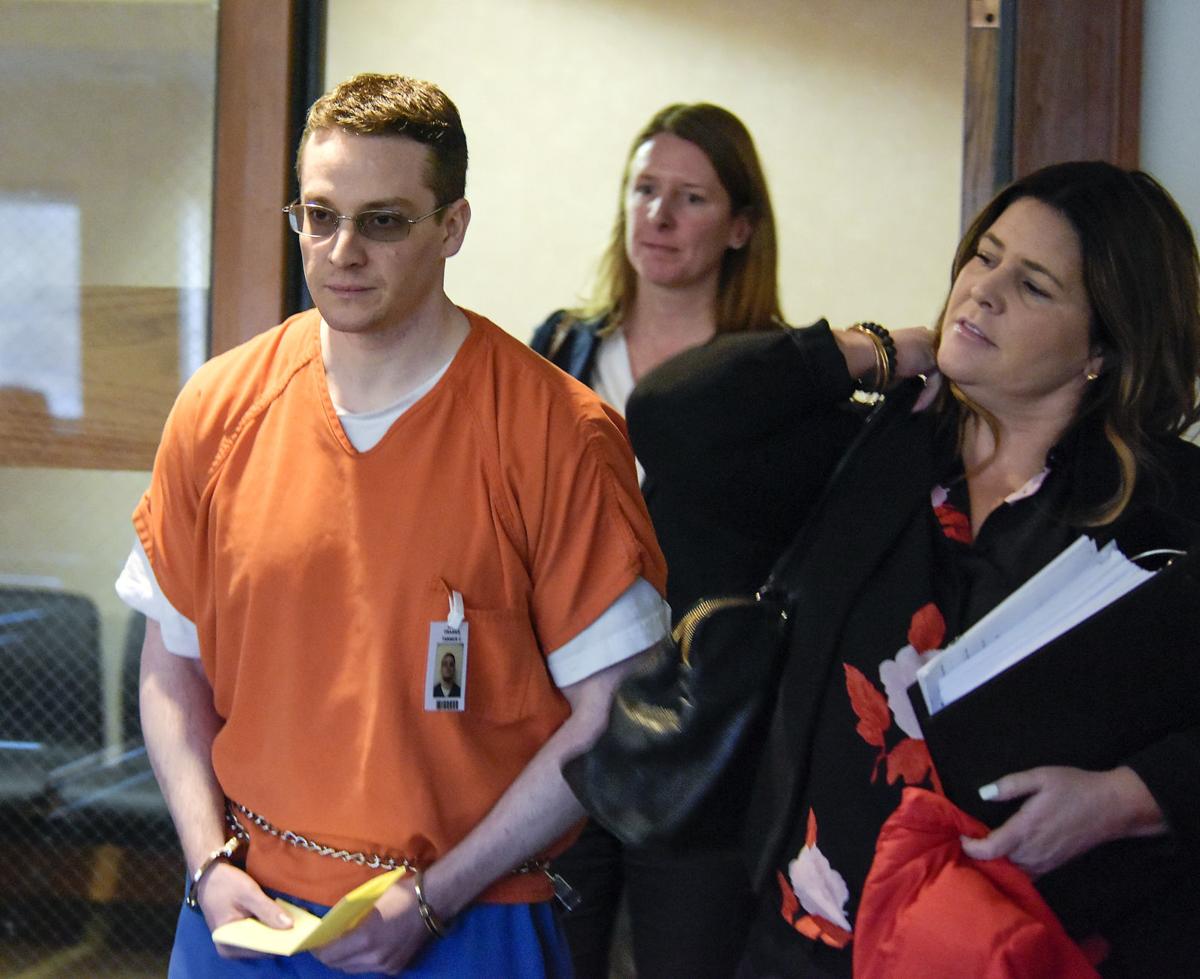 Tanner Franks, left, is escorted into court by his attorneys for his sentencing in December. 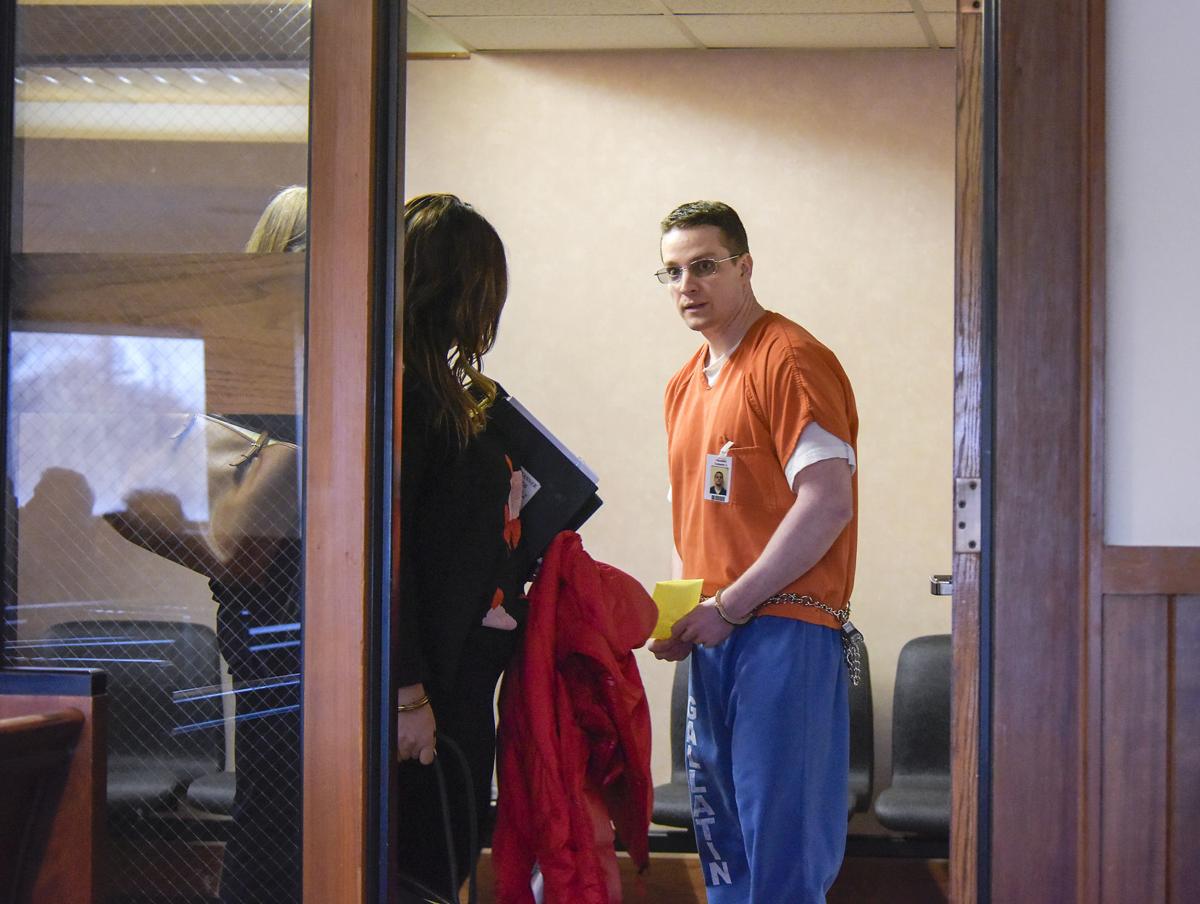 Tanner Franks meets with his attorneys before walking into court for his sentencing on Monday. Franks was sentenced to 50 years in the Montana State Prison. 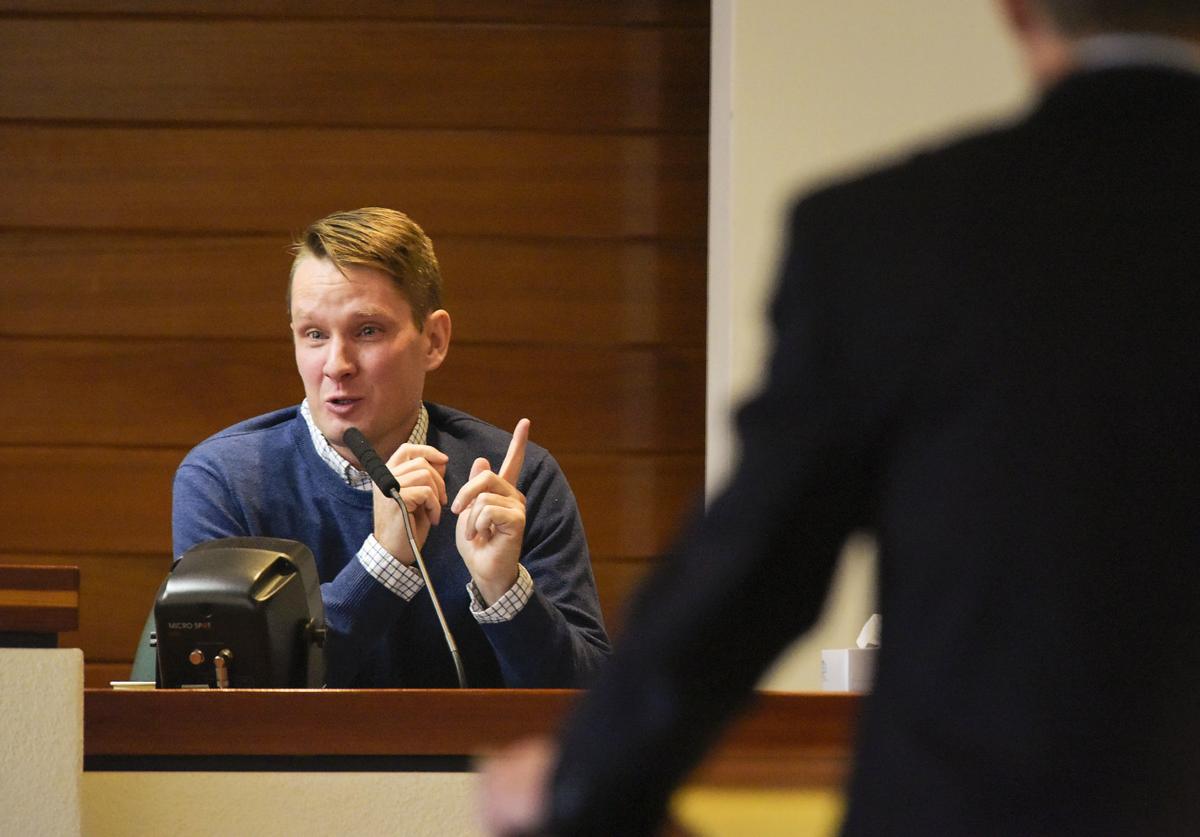 TOP: Tanner Franks, left, is escorted Monday into court by his attorneys for his sentencing. ABOVE: Tyler Franks gives emotional testimony Monday that his brother, Tanner Franks, lied that his father lived a “double life” and abused them.

Tanner Franks, left, is escorted into court by his attorneys for his sentencing in December.

Tanner Franks meets with his attorneys before walking into court for his sentencing on Monday. Franks was sentenced to 50 years in the Montana State Prison.

TOP: Tanner Franks, left, is escorted Monday into court by his attorneys for his sentencing. ABOVE: Tyler Franks gives emotional testimony Monday that his brother, Tanner Franks, lied that his father lived a “double life” and abused them.

A Bozeman man was sentenced to 50 years in prison Monday for stabbing and killing his father in 2017.

Tanner Franks, 37, was sentenced to the Montana State Prison for mitigated homicide in the death of his father William “Bill” Franks. Tanner is also required to pay $3,500 for Bill’s funeral expenses and was given credit for serving 756 days at the Gallatin County jail.

Following a plea agreement, Judge Holly Brown ordered that there be no restriction on when Tanner could seek parole. Under state law, Franks must serve 12-and-a-half years before becoming eligible for early release.

Tanner pleaded guilty to the charge in October and said his father was “controlling, manipulative and, at times, very physically abusive” to him and his family. At that hearing, Tanner said, he lost control of himself after years of abuse and stabbed his father to death with a knife.

He declined to speak during Monday’s sentencing.

Tanner’s aunt and brother testified that he was lying about his father living a “double life.” They painted a different picture of what Bill was like, saying that he did a lot for the community through his work at Bozeman High School. Bill spent more than three decades at the high school as a teacher and administrator. He retired in 2007 as associate principal.

Tyler Franks, Tanner’s brother, gave emotional testimony and had trouble speaking without crying on the witness stand. He said Tanner’s statements that Bill was manipulative and abusive are lies.

“I don’t know why you can’t take accountability, responsibility or admit that,” Tyler said.

He said Bill was the only person to help Tanner when he needed it and that he didn’t deserve what happened to him. Tyler said the killing devastated the family.

Tyler asked that prosecutors include a no-contact order between him and his brother in their sentencing recommendations.

“Tanner had his chance for help,” he said.

Kathleen Franks Bailey, Bill’s sister, said they lost their support system because they could always count on Bill and that it’s been extremely hard. She said the family has suffered for too long, and that they that wanted Tanner to “do the right thing” so that Bill could rest in peace.

Bailey said Tanner brutally murdered her brother and ran from the scene of the stabbing. Bailey said she can’t imagine what Bill endured.

“Our family is hoping and praying that today we could finally have closure — no more nightmares of the final minutes of his life,” she said.

When prosecutor Eric Kitzmiller asked what punishment she would like to see for Tanner, Bailey said she wanted him to get the maximum amount of time in prison for the stabbing. She said no one should die the way Tanner killed his father.

Elisabeth Montoya, Tanner’s attorney, said Tanner didn’t object to the state’s recommendation for sentencing as long as there are no restrictions on when he can seek parole. She said Bill’s double life and his control, manipulation and abuse of Tanner led to Tanner’s actions.

Montoya said letters submitted to the court vouched for Tanner, saying he was a good friend and was abused by his father. She said the overarching theme from letters submitted on behalf of Tanner and his father was that there was “two different worlds going on.”

“To some, William Franks was a hero. To others, he was not a hero,” Montoya said. “That has been the contention of the defense here all along.”