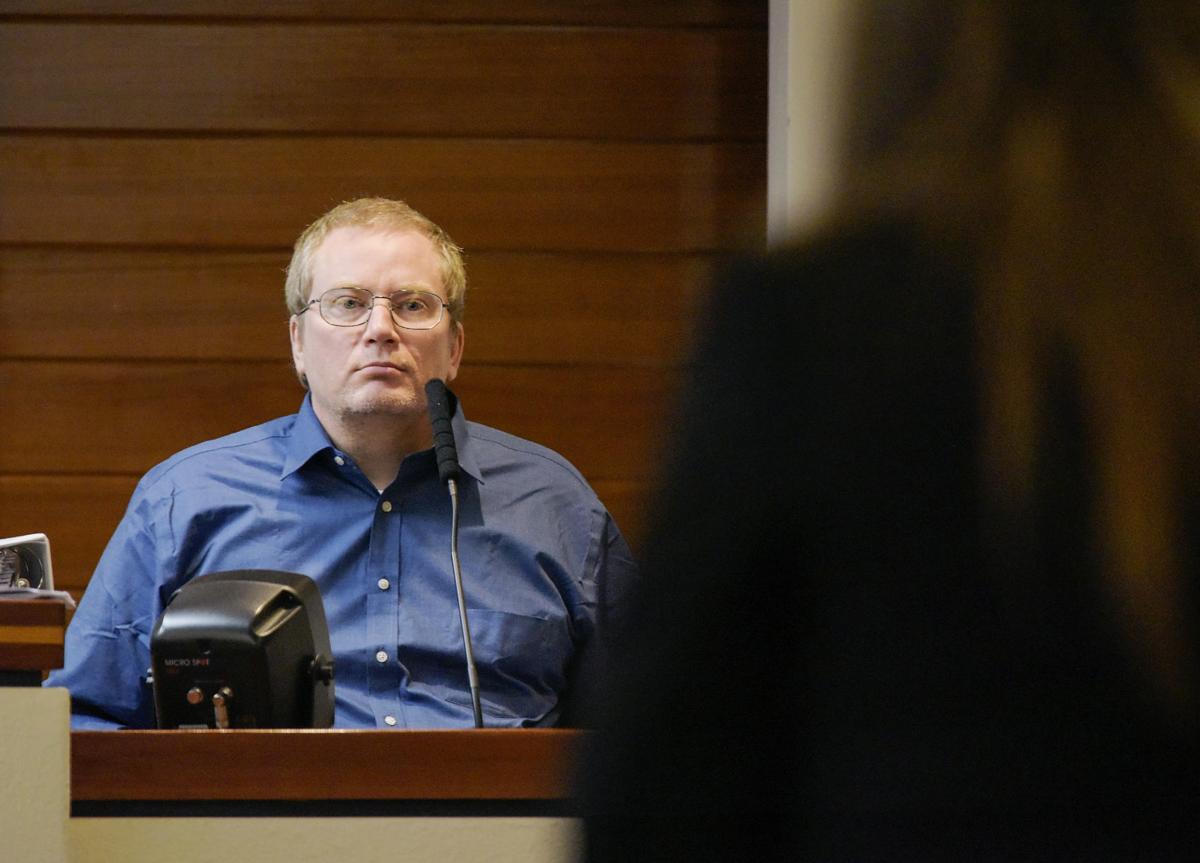 Joseph Paul DeWise takes the witness stand on the sixth day of his homicide trial in Gallatin County District Court. 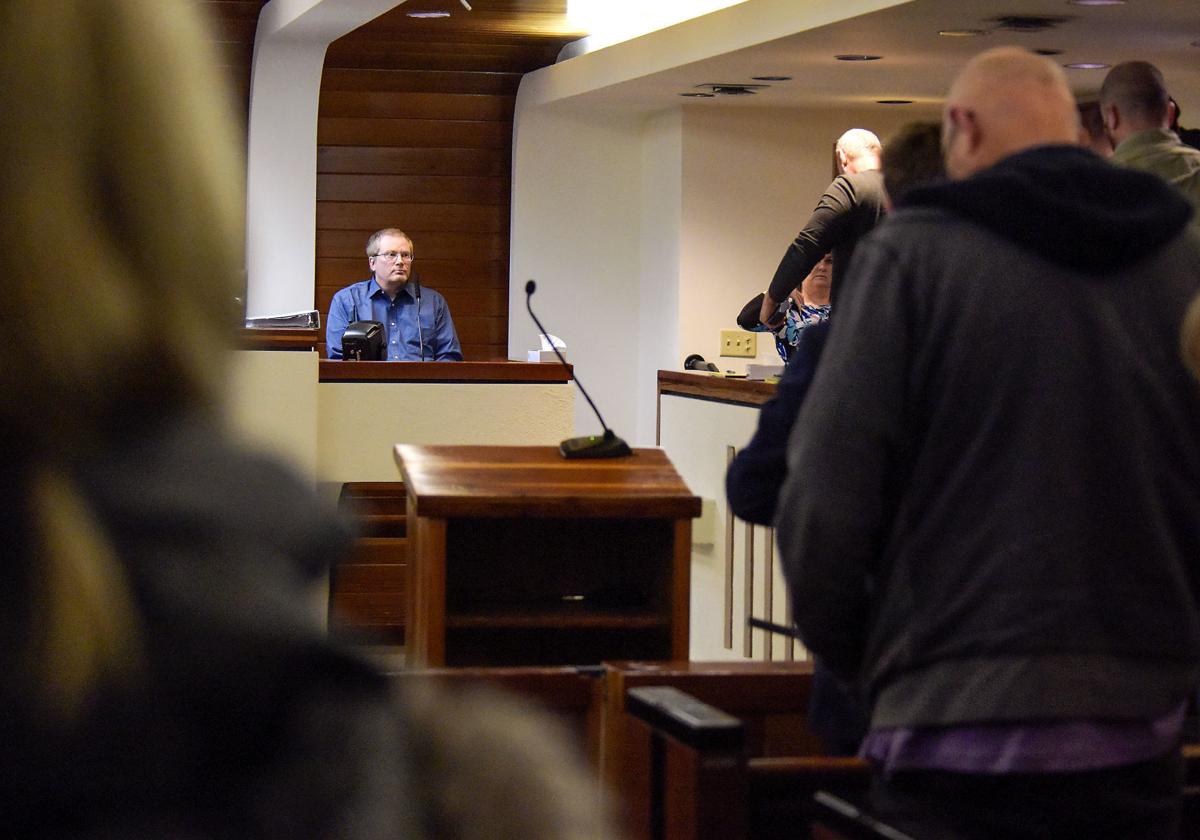 Joseph Paul DeWise watches jurors escorted out of the courtroom at the end of the sixth day of his homicide trial in Gallatin County District Court.

Joseph Paul DeWise takes the witness stand on the sixth day of his homicide trial in Gallatin County District Court.

Joseph Paul DeWise watches jurors escorted out of the courtroom at the end of the sixth day of his homicide trial in Gallatin County District Court.

The man accused of killing his estranged wife and shooting her roommate took the stand late Monday afternoon, filling much of the final hour of the sixth day of his trial.

Joseph Paul DeWise’s testimony in Gallatin County District Court marked the beginning of the defense’s attempt to convince jurors that he didn’t kill his estranged wife Lauren Walder DeWise or shoot and injure her roommate on Jan. 6, 2018, in Belgrade.

DeWise’s testimony came after the prosecution finished its arguments and was stopped by Judge Holly Brown around 5 p.m. He is expected to take the witness stand again Tuesday and could be cross-examined by prosecutors.

DeWise painted a sweet picture of his relationship with Lauren before they moved to Bozeman. He told jurors how they met in Florida and said it was the most passionate relationship he had ever been in.

He also said he had a close relationship with his three kids, two of whom testified against him last week.

“They’re very independent and they stand up for themselves,” DeWise said. “They’re also very intelligent and capable.”

DeWise and Lauren left Florida in 2013 and visited multiple states while living in an RV. He said they enjoyed life then, adding that they would find reservoirs in the middle of nowhere and DeWise would fish while Lauren watched from the RV.

They eventually settled in a buddy’s backyard in Plains, Montana, in July 2015. He said he and the kids loved life in the town and didn’t want to leave when Lauren landed a job at a bank in Bozeman a little more than a year later.

“Moving was not what we wanted to do — me and the kids — but at the same time, Lauren really wanted that opportunity and she didn’t want to go by herself,” he said.

But after the move, the marriage began to decline. DeWise described an incident in July 2017 when the two fought after an event up Hyalite Canyon. DeWise had been drinking moonshine mixed drinks — unknowingly, he said — and he and Lauren began arguing on the car ride home.

He said Lauren was mad at him because he hurt his knee for a second time about a week earlier, and the injury was putting a strain on the relationship. Lauren told him she never heard of anyone getting hurt so much and DeWise said she “had just been really going off on me since I hurt my knee.”

“I just, I guess I just couldn’t take it,” DeWise said.

DeWise said he hit Lauren in the arm about 10 times while sitting in the passenger seat. He said he wasn’t looking at her when he did it and that he thought he was hitting the car. When he felt her arm, DeWise said he “just kept doing it.”

The next day, he visited her at the bank. Lauren’s coworker sat him down and asked about their marriage. He said he told the coworker that they were having problems and it looked like they might be headed toward a divorce.

“I didn’t mean to say it, but it spread to the bank and it upset her a lot,” DeWise said. “She didn’t want people knowing things.”

His testimony followed one other witness from the defense, a friend of his.

The day began with the final witnesses from the prosecution, four law enforcement officers who recalled what they discovered through their investigation after the shootings.

The officers talked about a gun registered to DeWise that he failed to mention any of the three times they asked him to list his firearms. They also talked about boots DeWise is seen wearing in surveillance footage from a Bozeman Town Pump the night of the shootings. Detectives were unable to retrieve the boots.

Prosecutors presented evidence that showed conflicting reports of what DeWise told investigators. Text messages between Lauren and DeWise showed DeWise’s volatile behavior toward her. Cellphone location records showed DeWise visited Lauren’s home multiple times despite telling investigators he had only been there once.

The Chronicle's coverage of the trial of Joseph Paul DeWise, who is accused of shooting his estranged wife and her roommate in Belgrade in Jan…