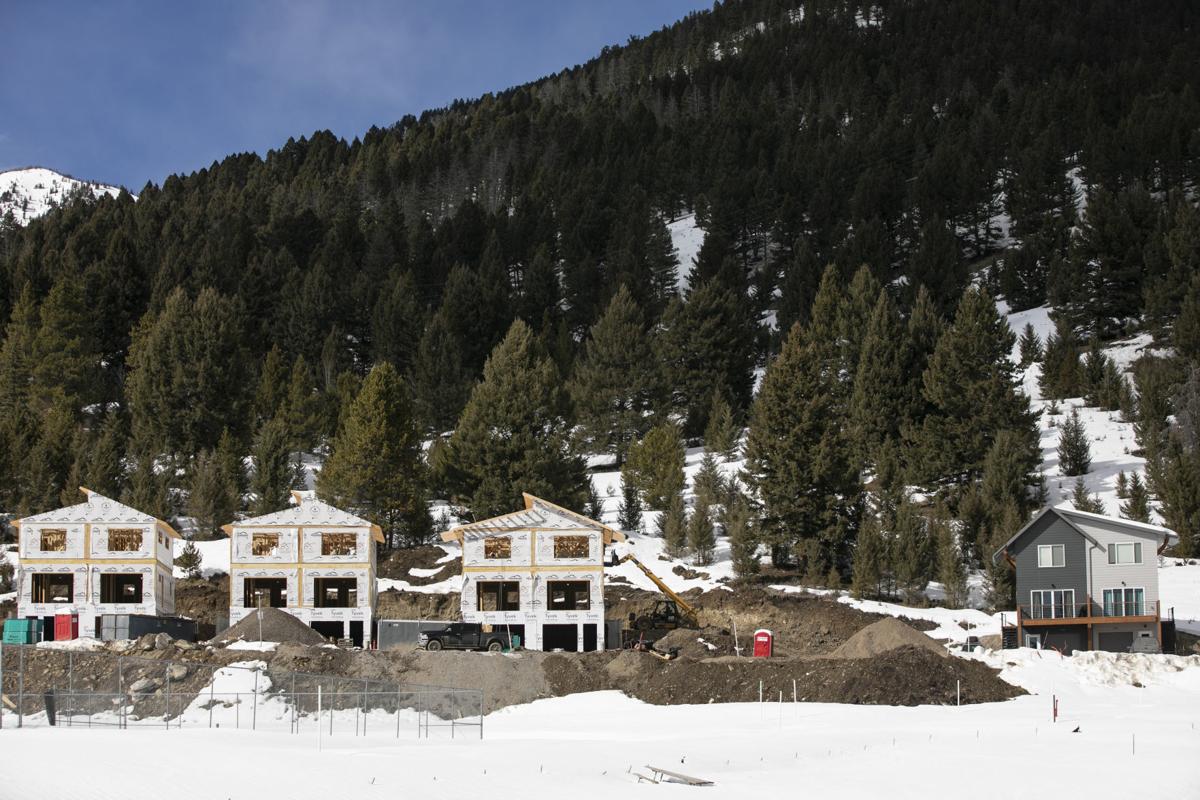 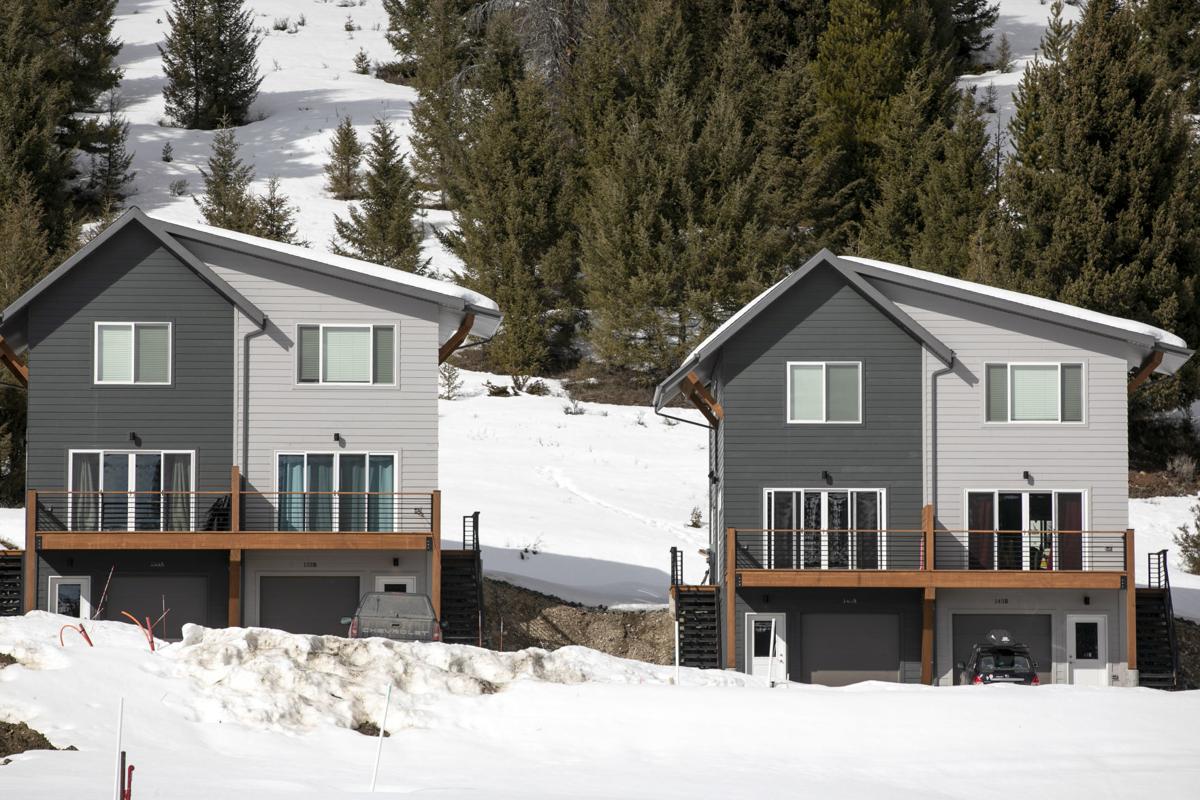 BIG SKY — The mountains brought Waylon MacNaughton and Rebecca Boyd here a decade ago. They spent several years renting an apartment near Big Sky Resort but knew they wanted to stay, so they began looking to buy a home.

They couldn’t find one they wanted at a price they could afford. Even a studio was astronomically expensive.

MacNaughton, a property manager, and Boyd, a retail buyer for the Yellowstone Club, eventually heard about the MeadowView Condominiums, a new affordable housing project, and joined the waitlist. This fall, they moved into their new Arapaho Trail home, which overlooks the Big Sky Community Park and has two bedrooms and a garage.

MacNaughton and Boyd are among the first owners of the MeadowView Condominiums, the first deed-restricted housing in Big Sky. The development is one of the first significant efforts to address Big Sky’s need for hundreds of below-market-rate units.

The first 18 units were completed a few months ago with the remaining 34 now under construction. Once construction finishes, the new units will provide homes to some of the 50 people now on the Big Sky Housing Trust’s waitlist.

But the housing trust, which is developing the project, faces a $1.2 million deficit on the final 34 units due to mid-project design changes, the growing cost of supplies and a workforce shortage that has led to higher labor costs and expensive building delays.

The deficit could result in a 10% increase in sale prices.

Even with the cost increase, Big Sky officials remain optimistic there is a path forward for the handful of affordable developments that are in the works and are forging ahead with projects.

The first studios at the MeadowView Condominiums sold for $140,000. The initial two-bedroom units sold for $285,000 or $305,000 depending on the particular unit. Those prices are about 30% below market and are targeted at households with maximum incomes of $110,000. Final prices for the remaining units have not yet been set.

“We’re reluctant to increase the price because we want to keep them affordable,” said Laura Seyfang, director of the Big Sky Housing Trust, which is building the MeadowView Condominiums. “Even without the price increases, the homes would be hard for some people to attain.”

The housing trust can’t pay the high wages that other developments can, so Seyfang said she is exploring modular construction for future projects, meaning units would be built elsewhere and then assembled on-site, thereby reducing the number of local workers needed.

The housing trust has received a $120,000 donation from the Yellowstone Club, which will help offset some of the $1.2 million deficit. Seyfang said she might also seek money from the Big Sky Resort Tax Board, which has previously provided money for the project. She is also asking for in-kind contributions from contractors on work like paving and landscaping.

The Big Sky Resort Tax Board’s appropriations process for next year has already begun. The board will have to balance competing priorities as it decides whether to fund new affordable housing projects or provide money to assist the Big Sky Housing Trust with the MeadowView Condominiums deficit.

“I’m not sure if the board would support additional money for MeadowView as part of the upcoming appropriations process, but I feel the resort tax has been a major contributor to this project, and we’re partners with the housing trust on this, so we need to see it through,” said board chair Kevin Germain.

Tax board takes the lead

In 2013, the Big Sky Chamber of Commerce started a group to explore affordable housing development. The group’s work culminated with a 2014 study that inventoried the town’s existing housing and outlined future needs.

Over the following years, the committee unsuccessfully pushed for bills before the state Legislature that would have allowed towns to increase the resort tax by 1% with the additional revenue allocated to workforce housing.

In the absence of dedicated tax revenue, the Big Sky Resort Tax Board, which distributes the revenue from the town’s 3% sales tax, has become a major funder of affordable housing.

“It’s important for us to invest in workforce housing because we really want year-round workers to live in Big Sky because they make our community,” said Germain, who works for Lone Mountain Land Company, a major developer in the area.

In 2017, the board made its first significant contribution to affordable housing, providing $1.05 million to the Bough Big Sky Community Subdivision, a workforce housing project in the South Fork neighborhood. The Gallatin County Commission rejected the preliminary plat for the project over issues with emergency egresses. The project hasn’t moved forward since.

In 2018, the resort tax board provided $1.5 million to a down payment assistance program, which 11 of the 18 MeadowView Condominium owners used to purchase their homes. The board also contributed $100,000 to update the 2014 housing study.

Last year, the resort tax board gave $1.75 million to the Big Sky Housing Trust, enabling the organization to sell the MeadowView Condominiums at a below-market rate.

The resort tax board also gave $400,000 to Habitat for Humanity of Gallatin Valley last year for two triplexes the nonprofit is building for teachers with the Big Sky School District. The triplexes, located near Lone Peak High School, were also funded with a $600,000 mill levy that voters approved last year.

The six units are now under construction. The Big Sky School District has yet to set up an application process or waitlist for the units. Rent will be between $750 and $1,500 a month — about 27% below market rate — depending on the tenant’s living situation and salary, said superintendent Dustin Shipman.

“We don’t get the consistency for our teachers or our community,” he said. “We are doing this so our teachers can live here and we can create a stronger community. I could go on all day about the astronomical rent prices here and the effects they have.”

Depending on the leasing results of the first units, the school district may explore construction of additional units in the future, Shipman said.

Some Big Sky developers are also working on projects advertised as workforce or affordable housing, but it isn’t clear what price those units will sell or rent for.

The Powder Lights subdivision is now moving forward after delays related to a 2017 lawsuit. Developers have said the 40-unit subdivision will include long-term affordable rental units.

The Quarry, a 265-unit development in south Gallatin Canyon, is also in the works and will include apartments and single-family homes, which the developer has said will provide workforce housing.

Lone Mountain Land Company is building 78 multifamily rental units in Big Sky Town Center, which will target local residents and those working for the company and its affiliated businesses.

While the Big Sky Housing Trust and resort tax board are focused on housing for year-round residents, local businesses are working to alleviate the housing shortage by targeting seasonal employees, Seyfang said.

Lone Mountain Land Company, which oversees the Spanish Peaks Mountain Club and Moonlight Basin, has 300 housing units for its employees, including those at the River Rock Lodge. Soon, the company will also have rental units for employees at Buck’s T-4 Lodge, which it acquired earlier this month. By 2025, Lone Mountain Land Company plans to have 1,400 housing options for Big Sky employees.

“The overall result of this effort is not only providing more options for employees of our affiliated businesses but also alleviating housing pressure for others living and working in and around the Big Sky community,” said Bayard Dominick, vice president of development for Lone Mountain Land Company, in an email.

The Yellowstone Club, another major employer in Big Sky, provides housing — often in hotels — in Bozeman, Big Sky and Gallatin Gateway for 500 employees, which is about 75% of its winter-seasonal workforce.

Big Sky Resort is also expanding employee housing. The resort now has 500 employee units and is working on Mountain Lodge East, which will soon house 150 employees near the ski slopes.

“Every seasonal worker that Big Sky Resort accommodates leaves another residential option open for someone else,” president and chief operating officer Taylor Middleton said in an email. “This is especially important considering many seasonal workers are short-term visitors, freeing up long-term housing for long-term residents.”

A work in progress

Even with this patchwork of projects, Big Sky needs to continue to build housing, which will require significant funding.

Big Sky’s first-ever strategic plan, which came out this fall, named affordable housing a top priority and listed a number of possible ways to address the issue, including developing programs for employer-assisted homes, requiring developers to include below-market units in their plans and providing incentives for homeowners to convert short-term rental properties to long-term rentals. The plan estimates this work will cost $28.7 million over the next 10 years.

To pay for this work, the resort tax board provided $1.65 million to the housing trust for this year. The board is also considering asking voters to earmark 1% of the existing 3% resort tax for workforce housing. The revenue from the 1% tax could then be used as backing for bond issues for larger projects, Germain said.

The Big Sky Housing Trust is now working on a fundraising plan and hopes to bring in more individual donations, Seyfang said.

Another major obstacle to affordable housing is water and sewer services.

The Big Sky County Water and Sewer District is in the midst of a $35 million upgrade and expansion. The added capacity would include 500 sewer hookups specifically for affordable housing projects. In May, voters will decide whether to increase the 3% resort tax to 4% with the additional 1% going toward the expansion.

“Water and sewer is a limit for housing,” said Candace Carr Strauss, CEO of the Big Sky Chamber of Commerce. “We cannot build anything, including affordable housing, without it.”

Strauss has been involved in affordable housing efforts in Big Sky for years. She’s pushing for the passage of the water and sewer district ballot issue. She’s seen challenges with both efforts, but she’s optimistic.