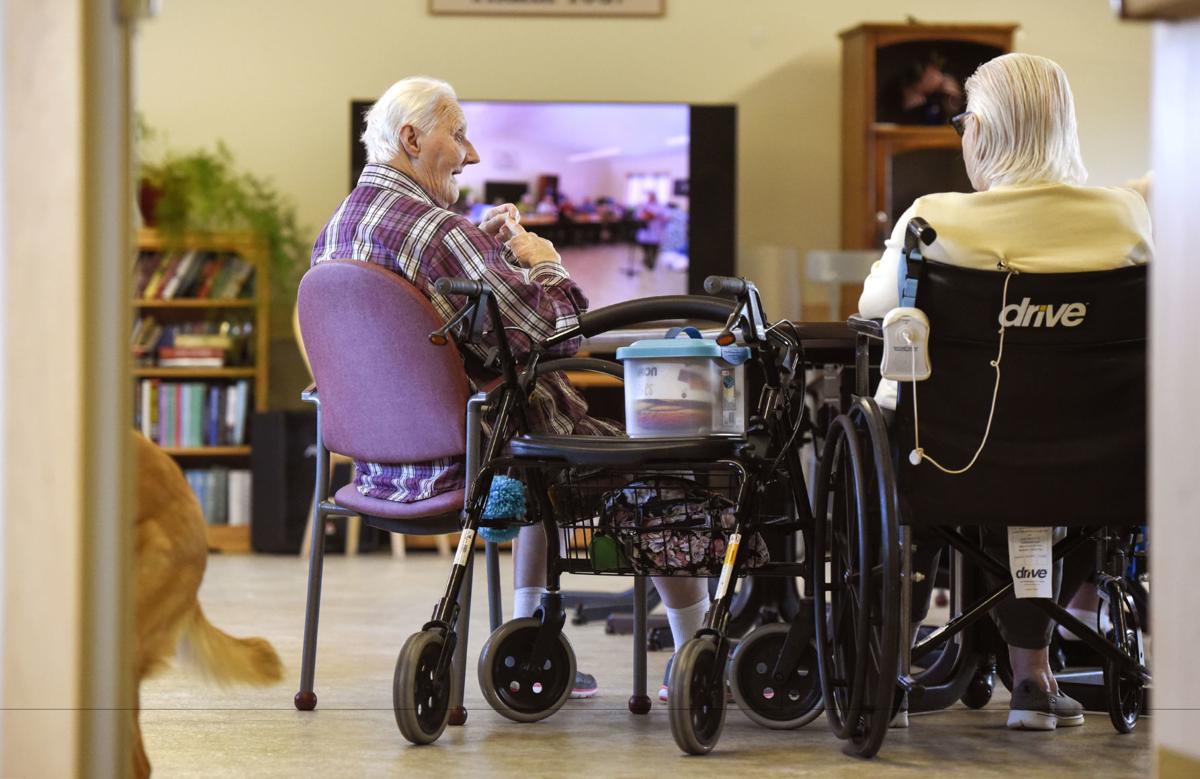 Residents Virginia Thoreson and Raymolee Clevenger wait to begin an art project in the activity room of the Gallatin County Rest Home on May 23, 2019. 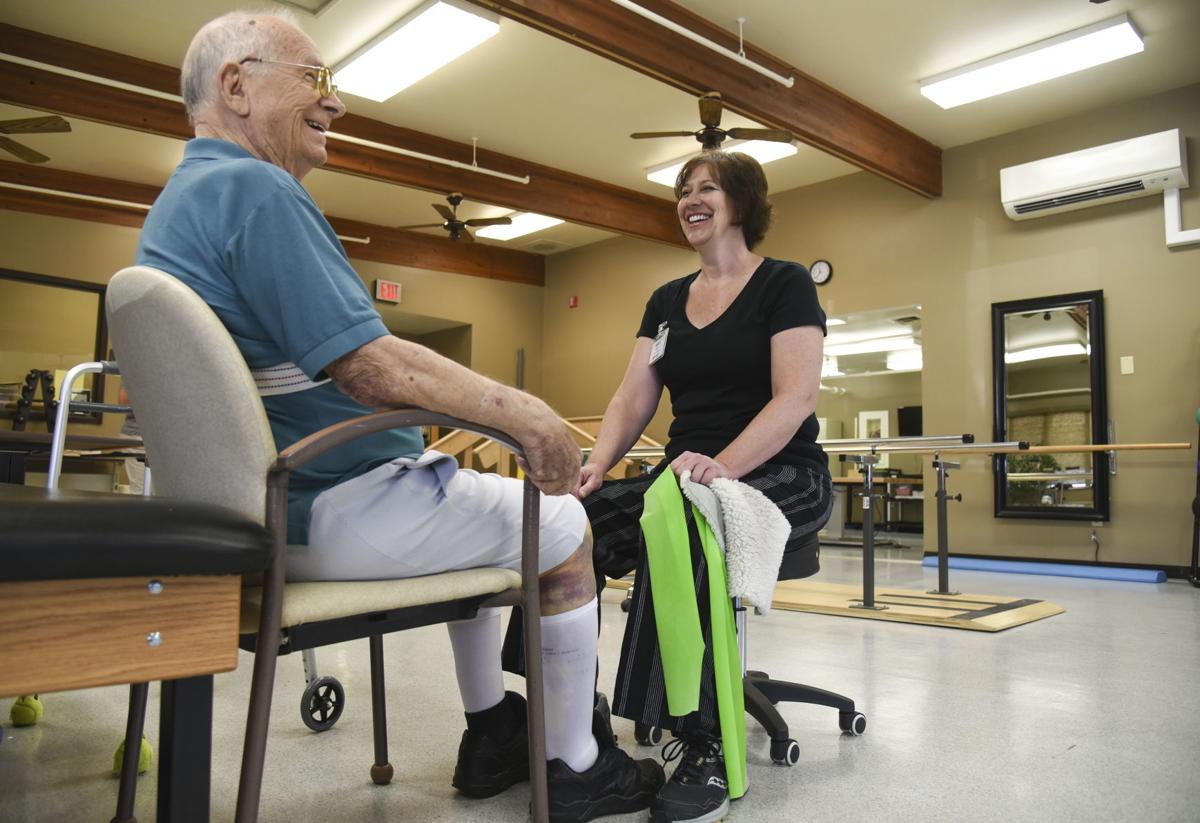 In this Chronicle file photo, Marla Davis, a physical therapist at the county-run Gallatin Rest Home, helps Virgil Carl recover from a knee replacement surgery on Thursday, July 12, 2018, in the home’s rehabilitation gym.

Residents Virginia Thoreson and Raymolee Clevenger wait to begin an art project in the activity room of the Gallatin County Rest Home on May 23, 2019.

In this Chronicle file photo, Marla Davis, a physical therapist at the county-run Gallatin Rest Home, helps Virgil Carl recover from a knee replacement surgery on Thursday, July 12, 2018, in the home’s rehabilitation gym.

Gallatin County residents will see an increase in taxes next year to pay for several new county positions, raises for employees and the county rest home.

The county commissioners unanimously approved a final budget of $200.1 million on Tuesday for the next fiscal year.

“This is a little more taxes raised than we’ve done in the past,” said Commissioner Joe Skinner. “This year, we came to a point where with the growing population and demand for services, we really needed to start raising taxes to make up for some of the things we haven’t done.”

Besides taxes, other funding for the budget will mostly come from anticipated revenue sources like grants and fees.

The tax increase will cover about $1.9 million in staffing increases, which commissioners have said are needed to respond to the expanding workload that comes with the county’s growth. The new positions include a behavioral health specialist for the Gallatin City-County Health Department, a legal assistant for the county attorney’s office, and an evidence tech forensic analyst and a community-based crisis therapist for the sheriff’s office.

The commissioners also increased salaries about 4.5% for most employees and 3.5% for elected officials, which went into effect July 1.

The tax increase will allow the commissioners to increase their support for the Rest Home by $749,550, bringing tax support for the facility to $1.05 million for next year. The commissioners decided to provide this one-time increase while they search for a sustainable way to operate the facility. The Rest Home was financially self-sufficient for many years but has recently struggled in part because Medicaid doesn’t reimburse for the full cost of care.

During public hearings this summer, the commission heard supplemental budget requests from department heads, elected officials and outside organizations and turned down several of them in what they said was an effort to limit tax increases. The rejected requests include improvements to countywide computing systems, $100,000 for Alcohol and Drug Services to compensate for lost grant money and $92,000 for the Gallatin River Task Force, a local nonprofit looking to study options for wastewater treatment in Gallatin County.

“I think we made some difficult but important decisions, and I’m very happy with the way it ended up,” Commissioner Don Seifert said.

In the November election, the commissioners will seek voter approval for a separate tax increase to pay to replace the Law and Justice Center. They are asking the voters to approve a $59 million bond issue to finance the project. The bond would increase taxes beginning next fiscal year about $34.10 annually for the owner of a $200,000 home.

“I don’t have concerns about the tax increase affecting the vote (on the Law and Justice Center),” Skinner said. “Nobody likes to increase taxes, but we haven’t increased taxes a lot in the last 15 years, and I don’t see this as unreasonable.”

An earlier version of this story misstated how this year's budget compared to last. The error has been corrected.