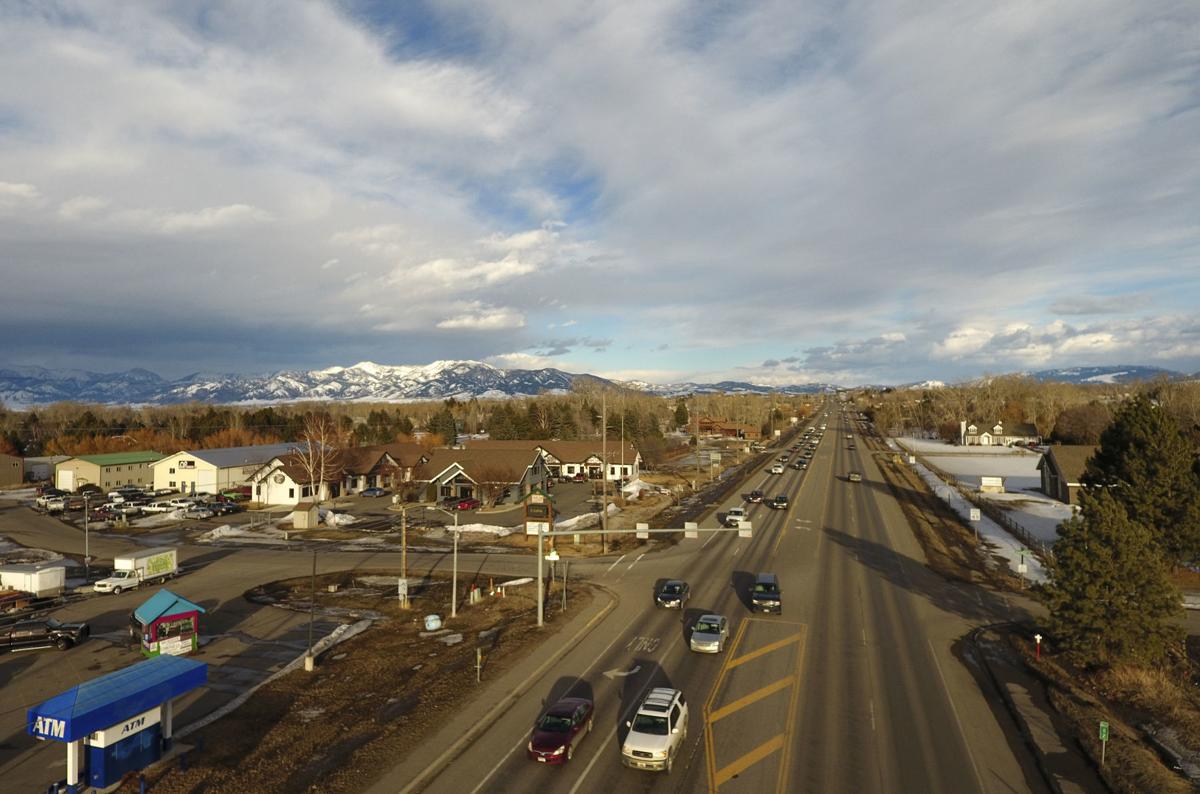 As Bozeman continues to grow, the city's largest budget yet calls for more money for projects and city staff. 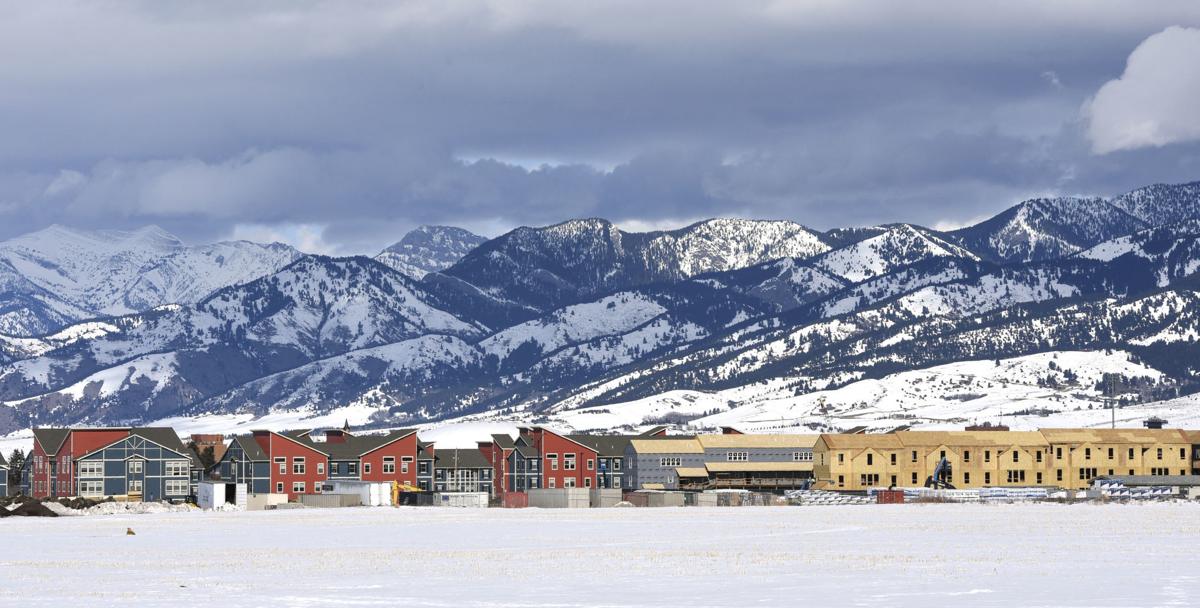 Over the past six years, Bozeman has been growing at a rate of 1,100 new residents per year. Growth is the primary economic driver of the economy.

As Bozeman continues to grow, the city's largest budget yet calls for more money for projects and city staff.

Over the past six years, Bozeman has been growing at a rate of 1,100 new residents per year. Growth is the primary economic driver of the economy.

Commuters traveling in and out of Bozeman have seen one of the growing pains that come with Gallatin County being one of the fastest-growing areas in the nation.

With only a couple of routes to adjacent cities like Belgrade and Livingston, traffic tends to pile up during peak times. According to a report by Prospera Business Network, about 16,600 workers employed in Bozeman live outside the city limits, and about 7,500 people who live in the city work outside its boundaries.

The means travel time to work for Montanans was about 18 minutes, but, because of worker inflow/outflow, commuters in Gallatin and Park counties can expect lengthier commutes as the norm.

Between 2000 and 2016 the city added 17,000 new residents. That translates to roughly 1,100 new residents every year and an annual growth rate of 3 percent, roughly six times the nation’s average for cities from 2000 to 2010, according to a report commissioned by Bozeman to look at economic, demographic and real estate trends in the city.

The same report said based on the area’s growth, the valley may move to an urbanized area designation in the 2020 census, which is mandated when a city’s population reaches 50,000 or more.

If the city surpasses the 50,000 threshold, the county, Belgrade and Bozeman must form a Metropolitan Planning Organization to help with transportation planning.

Because funding and existing laws change from year to year, it’s hard to speculate what will happen when the city crosses the 50,000 mark. Legislation that doles out the money for these programs expires in 2020, around the same time the census comes out.

Federal law mandates the establishment of an MPO when that happens, which helps with transportation planning. The cities also receive federal money for projects outlined in a plan.

The planning organization, he said, forces the group to prioritize and move projects forward.

“It provides an open dialogue, and the projects come out of a plan that’s based in science as well as politics and public opinion,” Finch said.

The planning group also helps put some numbers to problems the group thinks it is going to run into down the road. The money can help pay for projects like a bike path, long-range transportation plans and special studies.

Martin Matsen, director of community development for Bozeman, said after the city surpasses the population marker it would collect a Community Development Block Grant that is currently given to the state and county and distributed to the city. The program provides annual grants to use on things like housing, community services and social services.

With the increase in population, Matsen said the city would determine what to do with that money, rather than being told by the state or county. With that, he said, it could help fund some projects the city is currently working on like affordable housing and addressing mental health issues.

At first glance the idea of having to plan out the future with federal money looks pretty enticing, but there are some downfalls that come with crossing over the 50,000 mark.

Jeff Ebert, Butte district administrator for the Montana Department of Transportation, said it brings structure to planning. But it can also complicate things.

Ebert said with an MPO, the area would be constrained to do certain projects with a limited pot of money that changes every year, based on population. And that provides a level of uncertainty, he said.

“There’s some positive to both sides of it, don’t get me wrong,” Ebert said.

Currently the state gets roughly $1.81 million in federal money to create the MPO.

David Kack, program manager for the Western Transportation Institute, said he has some concerns about what adding a fourth MPO to the state would mean for that pot of money. He said if no new money is added to the funding source, the state could be looking at splitting the same pot of money from three cities to four.

Furthermore, he said the new designation could affect the way Gallatin County gets funding for its transit systems, like Streamline and Galavan. Federal money accounts for about 54 percent of the funds to the two transit systems, Kack said, and an urbanized classification would shift that funding to a different pot of money.

“Half of the funding for all these transit systems goes away, and I don’t know if you’re going to find that elsewhere,” he said.

The elephant in the room

The major thing about the new designation is that Bozeman, Belgrade and Gallatin County would be forced to work together on a long-range transportation plan.

Randy Carpenter, project director for Future West, is hopeful that will mend some of the frayed relationships between Gallatin County and Bozeman.

Gallatin County District Court recently dismissed a lawsuit between the county and the city regarding road improvements in front of Regional Park. A new Law Enforcement building on the campus of the Law and Justice Center has been in limbo for a couple of months with the county claiming they want to work with the city, and the city saying they need more time to explore an option on their own. And just two years ago the county declined to participate on a master transportation plan with the city, citing their plan was sufficient.

Carpenter said an MPO would force the county and city to work together on a regional scale, something he’s been advocating for a long time.

Bozeman and Gallatin County cannot plan separately for the growth that is happening in the city, he said.

“If you want to plan on a regional scale you have to develop those relationships,” Carpenter said.

There is no guarantee that an MPO will result in better planning for the next 100,000 people that get added to the county, he said. If the city and county work together, Carpenter said he is optimistic that better relationships would develop.

“It’s not a silver bullet,” Carpenter said. “It’s going to take political people to reach across the aisle to work together.”

County Commissioner Joe Skinner said he doesn’t see the county and city’s relationship as damaged. There are some disagreements on a couple of things, but generally he said they’ve been working well together.

“Just cause we don’t agree on everything doesn’t mean the whole relationship is frayed,” Skinner said.

The city and the county worked hard on the last Law and Justice Center proposal that was voted against in 2016, he said. The two have also worked together in the past on a joint county 911 Emergency Communications Center and the city’s third fire station, and continue work on a coordination committee that is charged with planning growth between Bozeman, Belgrade and Four Corners.

“We showed that we were very capable of working together,” Skinner said.

Bozeman City Commissioner Chris Mehl said he agrees with Skinner, and that the coordination committee is one example of how they’re working together now. But he said he also sees Carpenter’s point of having that cooperation.