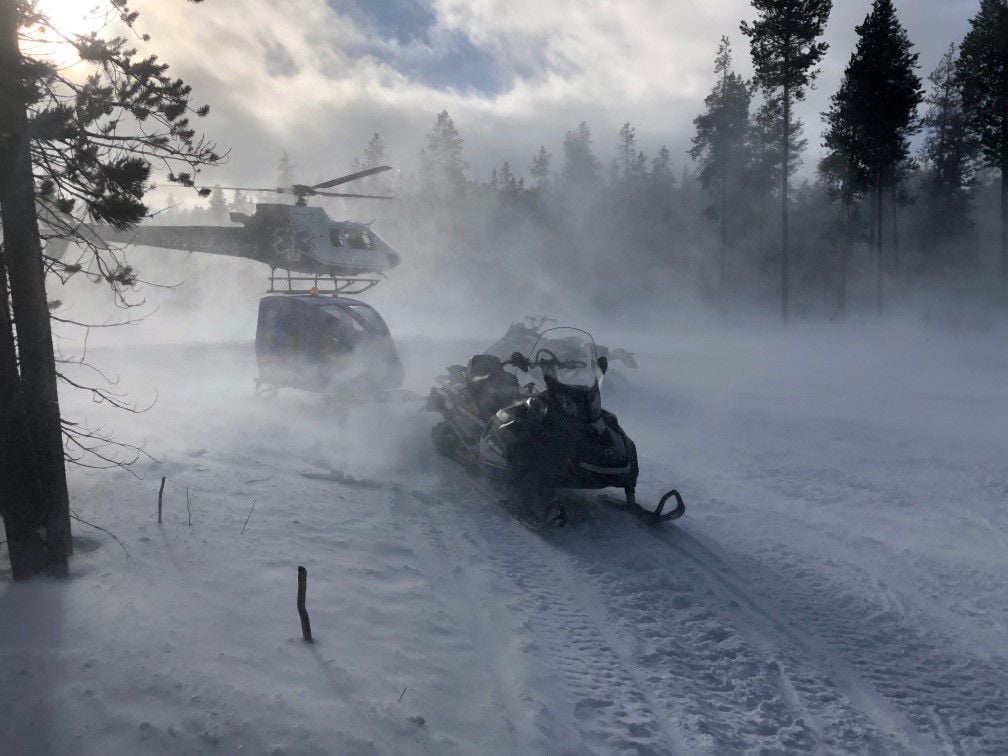 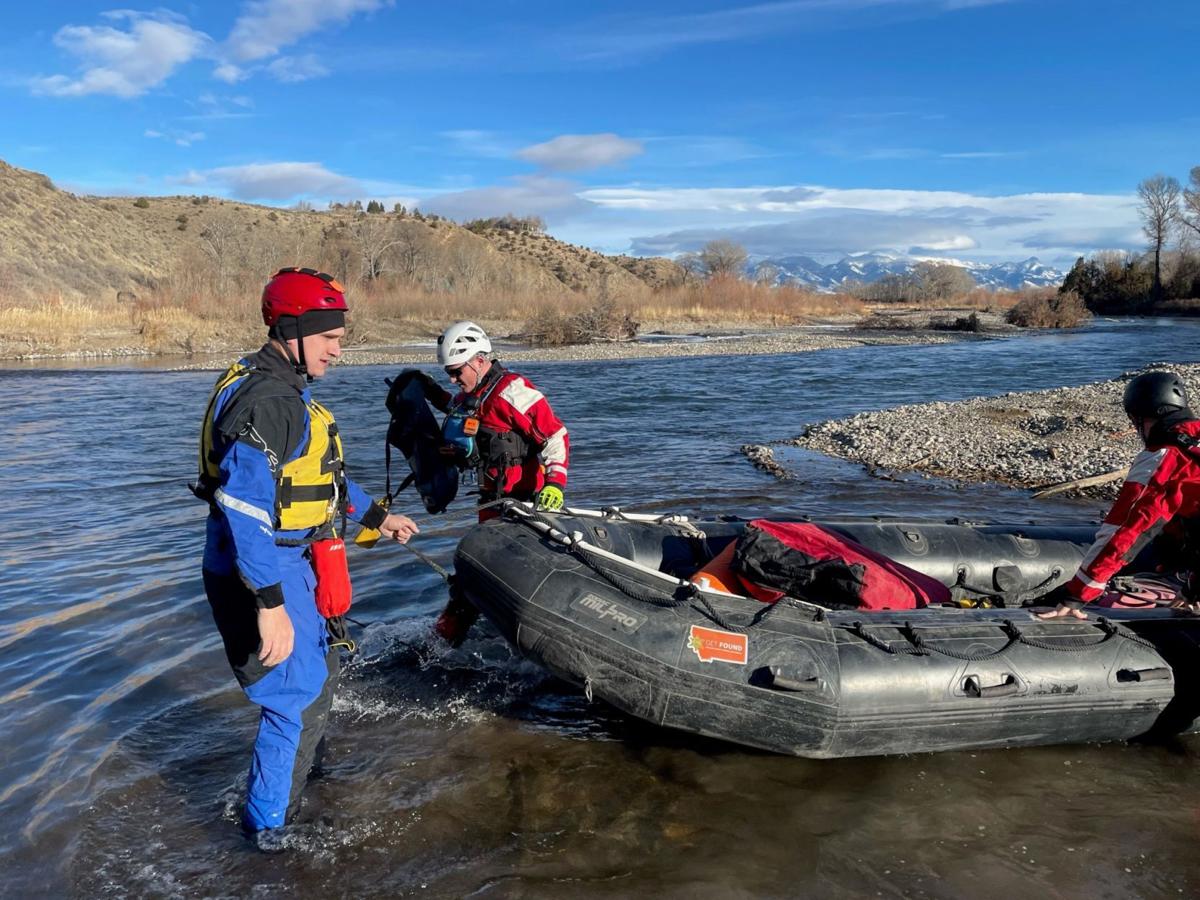 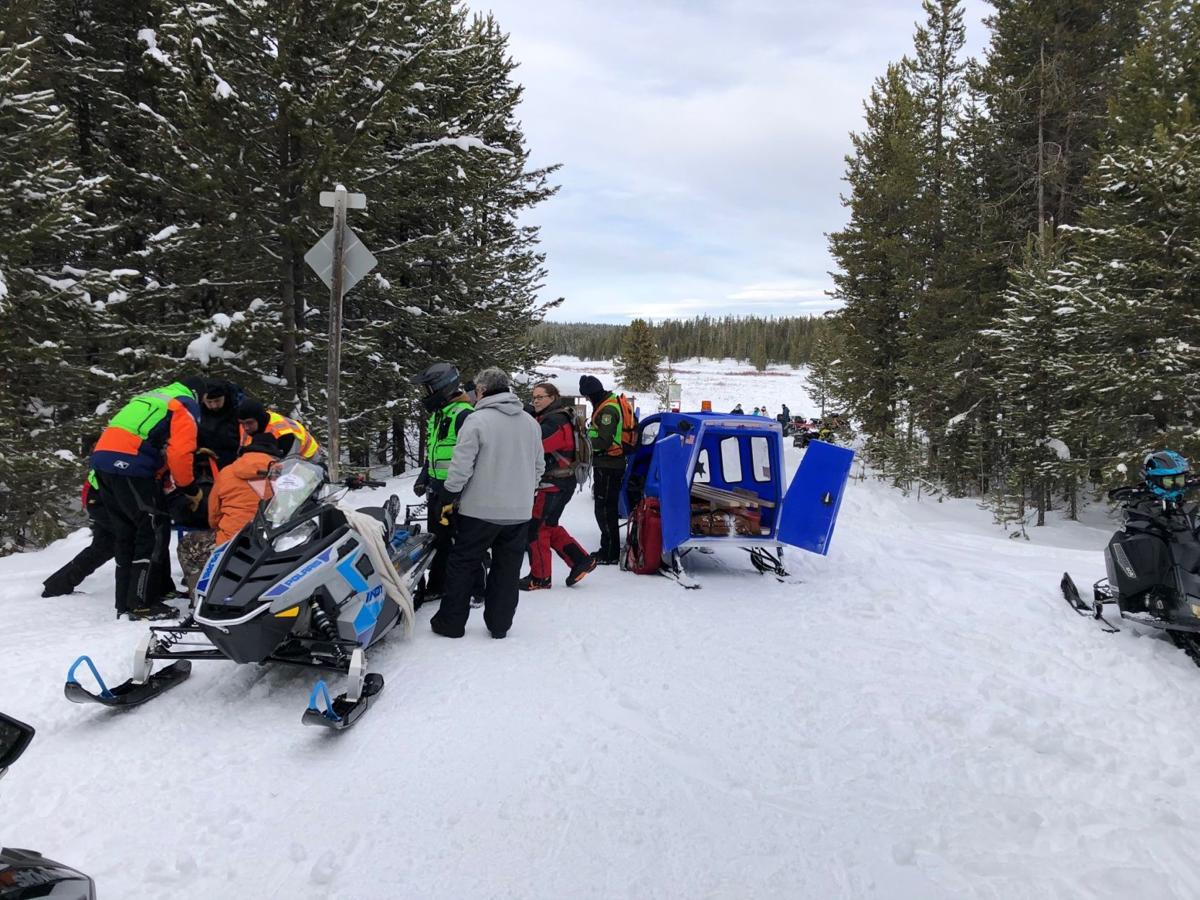 Gallatin County’s search and rescue team has responded to several calls since Christmas Eve, most of which were for snowmobile wrecks that involved tourists and first-time riders.

Gallatin County Sheriff’s Capt. Scott Secor, who is the search and rescue commander, said most of the calls involved people’s “first time experiences” doing whatever they were doing.

“They had a few bobbles along the way,” Secor said.

On Dec. 24, just before 1 p.m., a family reported a 57-year-old woman crashed a snowmobile about 5 miles south of West Yellowstone on Whiskey Trail. Rescuers found the woman and used a rescue sled to take her 2 miles to a medical helicopter. She was then flown to Eastern Idaho Regional Medical Center.

On the same day, a 41-year-old man and his 11-year-old daughter crashed their snowmobile into a tree on the Big Sky Trail system, about 8 miles north of West Yellowstone. The two decided to go to the hospital in their car after an ambulance crew evaluated them.

On Christmas Day, a 43-year-old woman went off the Two Top trail, flipped her snowmobile and broke her leg about 8 miles southwest of West Yellowstone. She was taken by ambulance to the Madison Memorial Hospital in Rexburg, Idaho.

Not three hours after that incident, a 63-year-old woman fell and injured her knee while skiing the Rendezvous ski trails about 3 miles south of West Yellowstone. Her friends took her to a hospital.

The next day at 7:15 p.m., a 25-year-old man and a 28-year-old man got their snowmobiles stuck in snow and trees in the backcountry about 16 miles northwest of West Yellowstone.

They had walkie-talkies but no gear to survive the night. Searchers later found them down a steep embankment and were able to get them unstuck. No one was injured.

Then, on Sunday, crews responded to a completely different type of rescue on the north end of the county. A 26-year-old man and his 63-year-old mother capsized their canoe around 1 p.m. on the Gallatin River, just east of Nixon Gulch Bridge. They lost their canoe in the water and were unable to walk out due to terrain and cold exposure.

SAR members got them out of the water and to a nearby ambulance on Nixon Gulch Bridge.

Secor said none of the injuries sustained in any of the incidents were life threatening.

While rescuers found all of the injured people, Secor said things could have turned out much worse for some of the snowmobile incidents.

Everyone plans for the best-case scenario, Secor said.

“What they don’t plan for is the accident that happens,” he said.

The county’s search and rescue team is made up of volunteers overseen by the sheriff’s office. Trained deputies act as incident commanders when the volunteers receive a call.

Most of the rescues over the weekend were “fairly straightforward,” Secor said. However, he said volunteers responding to an incident are put in the same dangerous conditions the person being rescued is stuck in.

The bottom line, he said, is that volunteers could get hurt.

“It’s always risky to our volunteers to send them out,” Secor said.

5 things to know about health care changes in Montana