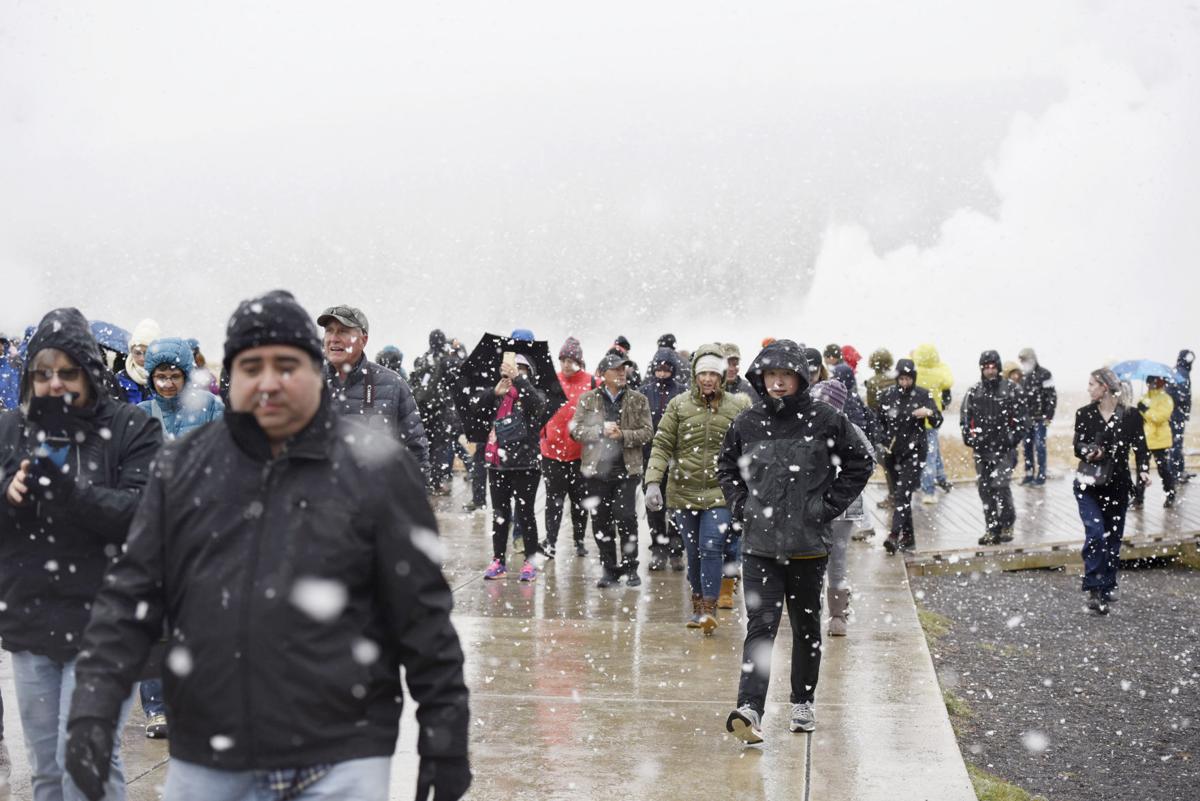 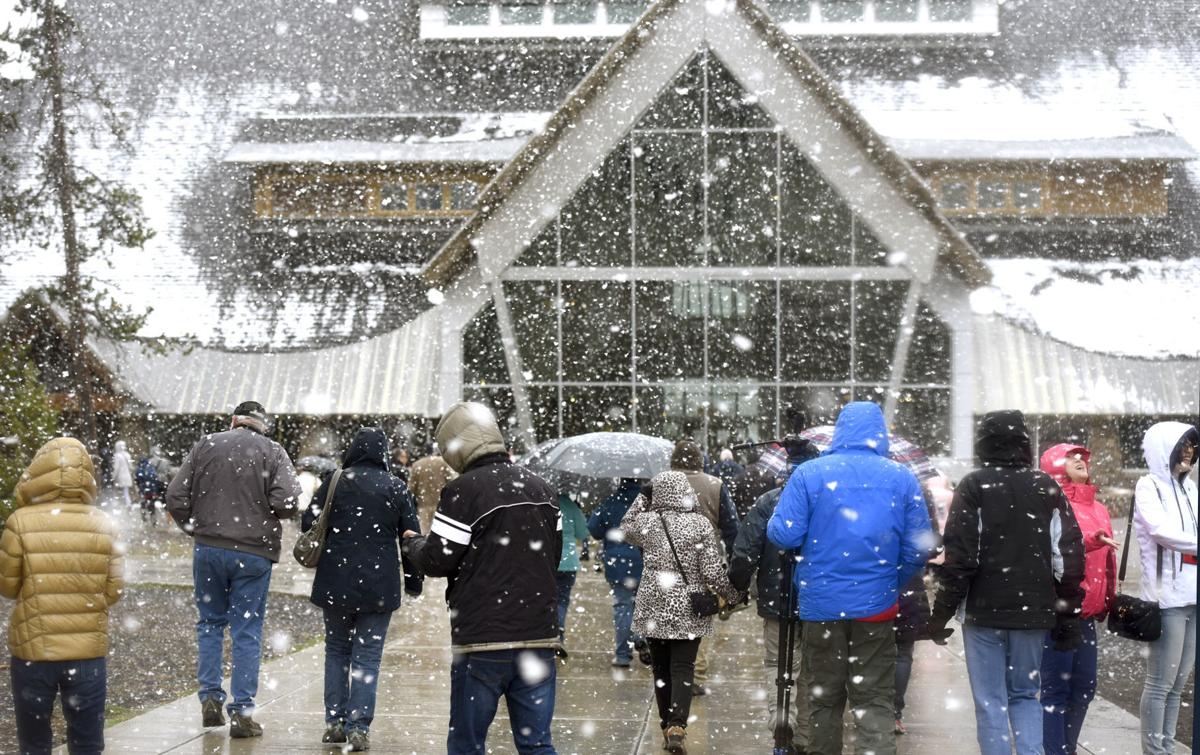 Park visitors retreat to the visitor’s lodge after watching Old Faithful erupt in the falling snow on Friday, Oct. 4, 2019, in Yellowstone National Park.

Park visitors retreat to the visitor’s lodge after watching Old Faithful erupt in the falling snow on Friday, Oct. 4, 2019, in Yellowstone National Park.

Cathy Whitlock, one of the state’s top experts on climate change, said this region also offers unique opportunities for learning and research that MSU should focus on in a serious way to earn the nickname it trademarked in 2006 – the University of Yellowstone.

Whitlock, a regents professor and the first scientist from a Montana university elected into the National Academy of Sciences, spoke Thursday to a crowd of about 100 at Reynolds Recital Hall. Her talk was part of the university’s spring convocation events to welcome back faculty and staff at the start of the new semester.

MSU puts out three times more studies and publications on the Yellowstone region and spends twice as much researching this area as campuses like Stanford, Oregon and the University of Montana, Whitlock said. Yet no one knows it.

Years ago MSU trademarked the phrase University of Yellowstone, mainly as an idea for branding the Bozeman campus and attracting students.

Now Whitlock said she’s working with a campus committee on the University of Yellowstone Initiative, to put out a plan this spring and “put some meat on the bones” of the idea. It’s much more than branding, she said.

“Every student should have a meaningful experience in Yellowstone,” Whitlock said. “Yellowstone should help them be better global citizens. This is where they can learn, become critical thinkers.”

And given the drastic changes coming from a warming climate and an exploding population, there’s a lot for students and professors to think about.

Average temperatures have risen dramatically in recent years, she said, and by the end of this century this area could be 10 degrees hotter.

“We’re moving into uncharted territory,” Whitlock said. She added she agrees with young people who see climate change as “an existential crisis.”

Whitlock has been studying Yellowstone’s ecology since the fires of 1988, when 40% of the national park burned. As the climate gets hotter, fires become more likely. White bark pine, a key grizzly bear food, is becoming scarcer. Already wolverines, amphibians and cold water fish like trout are suffering. And by the end of this century, she said, “we’re simply going to lose our snowpack.”

Yet lots of people are leaving worse places to move to the Yellowstone area. Since 1970 our population has doubled, Whitlock said. Some have predicted that by 2060 Bozeman’s population could grow to the size of Minneapolis today.

“’MSU is poised to be the essential academic institution that will help to determine if Greater Yellowstone can survive both climate change and the coming wave of humanity moving into this region,’” Clark said.

Asked by an audience member about the fires raging in Australia, Whitlock said the country is so dry, she doesn’t think people there can simply solve the problem through better management.

“I think it’s the future, honestly,” she said.