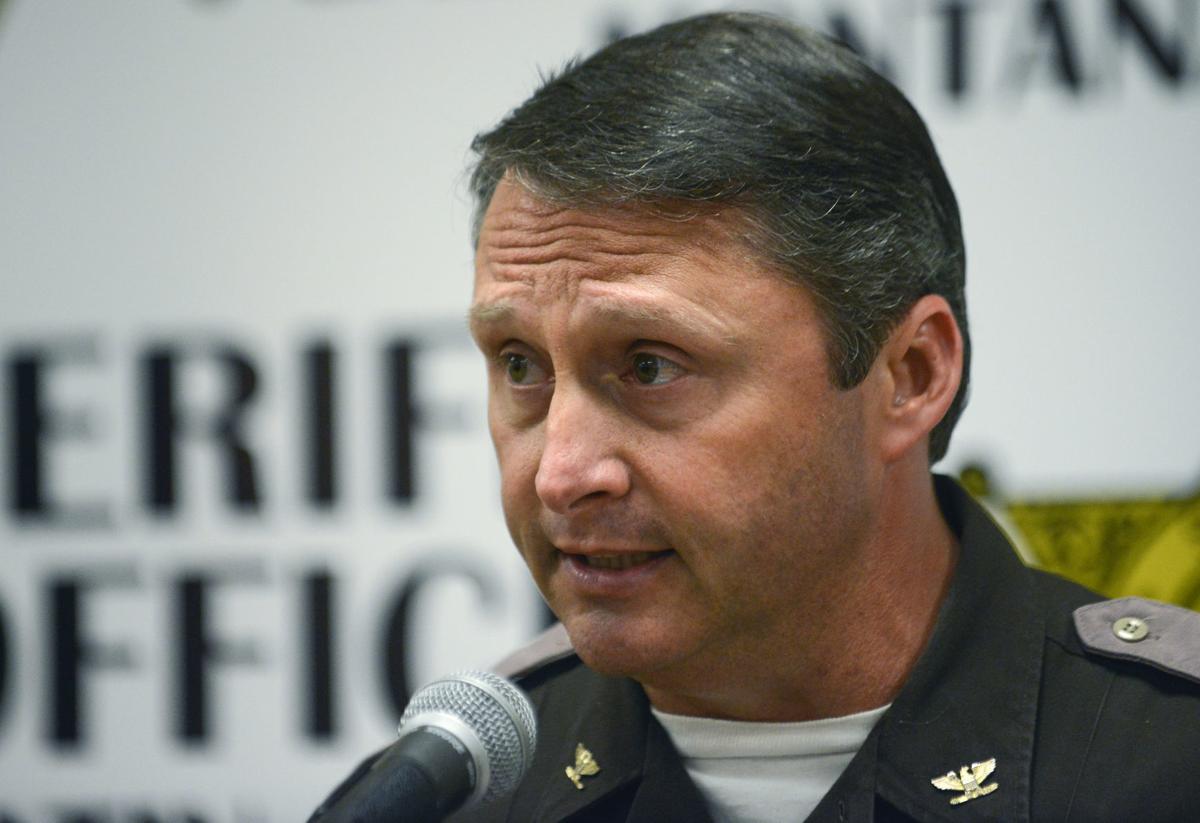 Gallatin County Sheriff Brian Gootkin, 48, has filed for re-election. He stands outside of City Hall on Friday afternoon.

Gallatin County Sheriff Brian Gootkin, 48, has filed for re-election. He stands outside of City Hall on Friday afternoon.

The Gallatin County sheriff said this week the best way to protect the valley is to keep deputies and Bozeman police in the same building. That clashes with the $36.9 million plan city officials say fixes Bozeman’s top safety concerns.

With Nov. 6 elections nearing, city leaders’ are stressing the importance of a Bozeman Public Safety Center at Rouse and Oak. That would move city police and courts out of the aging Law and Justice Center shared with Gallatin County.

Sheriff Brian Gootkin announced in a Facebook post Sunday he couldn’t allow the city’s “‘marketing’ and ‘messaging’ to go on” without giving his opinion.

“Separating police officers, deputy sheriffs, detectives, and command staff, and replacing us with firefighters who have very different duties and responsibilities does not make you safer; it actually does the opposite,” Gootkin wrote.

Gootkin’s post collected hundreds of responses and was shared nearly 100 times. In an interview Monday, Gootkin said the city’s branding tells voters if they don’t approve the ballot, “that somehow or another makes you less safe.”

“My world is the safety of our people,” Gootkin said. “I’m not doing this to divide us. I want the people to have one complex to come to where they have all they city and county criminal justice needs together.”

The proposed Bozeman center would house city police, municipal courts, victim services and a new base for Fire Station No. 1. City leaders call it a four-in-one fix, though they add Gallatin County will eventually need its own solution.

“Our professional assessment is that given Bozeman’s growth and aging facilities, the city needs a new public safety center,” according to the statement. “We believe this is the best way to provide for safety, is the most efficient and least costly approach, and provides for growth in future years.”

In a separate interview, Chief Crawford said the sheriff’s office priority is the unincorporated parts of Gallatin County while his department’s priority is the city. He said when there’s overlap, they’ll continue to work together.

“I’m committed to maintaining a strong positive relationship with the sheriff and between our two organizations regardless of what he wants to say or do,” Crawford said. “We’ll work to mitigate any downsides to being in separate buildings.”

This is the third initiative to go before voters for a new spot for Bozeman police and courts. The second, a $68.3 bond in 2016, offered a home both to the county and city.

Until April, it looked like Gallatin County and Bozeman were going to try to create another plan together. Then the city began to lean toward a Bozeman solution, using the city plans from 2014 that voters rejected but this time with a fire station folded into its blueprint.

In a letter to Mayor Andrus on April 30, Gallatin commissioners said they wouldn’t create a competing proposal for the November ballot.

“Should the city commission formally vote to put the Rouse Street proposal to the Bozeman city voters, the County Commission does not want to stand in your way,” according to that letter.

Since then, city leaders touted that letter as the county’s support for the Bozeman center. On Monday, county commissioners said that’s not accurate.

“I think our letter is pretty clear. We just didn’t want to influence their election so we decided we wouldn’t take any official stance as a commission,” said Gallatin County Commissioner Don Seifert.

Deputy Mayor Chris Mehl said the city repeated the county’s support with Gallatin commissioners in the room several times without being told otherwise.

City Manager Andrea Surratt said the city took the county’s graciousness to not place a competing issue on ballots as an example of their support.

“We have not provided any letters of support for or against it,” White said. “The city’s proposal seems to make sense for the city, that’s it. Does it make sense for the entire county? We’ve always said a dual facility was something we thought we were heading towards.”

He said while there’s a lot of talk around the governments working together, that’s something voters turned down. County leaders are watching for what Bozeman voters decide in November, White said.

In the meantime, the county is adjusting plans once intended as a Bozeman-Gallatin County combination to be a county facility. White said that plan — which is in its final stages and doesn’t have a price tag yet — could go before voters within a year and a half.

Less than three weeks before the election, as city officials continued pitching the proposed Bozeman public safety center to voters, another G…