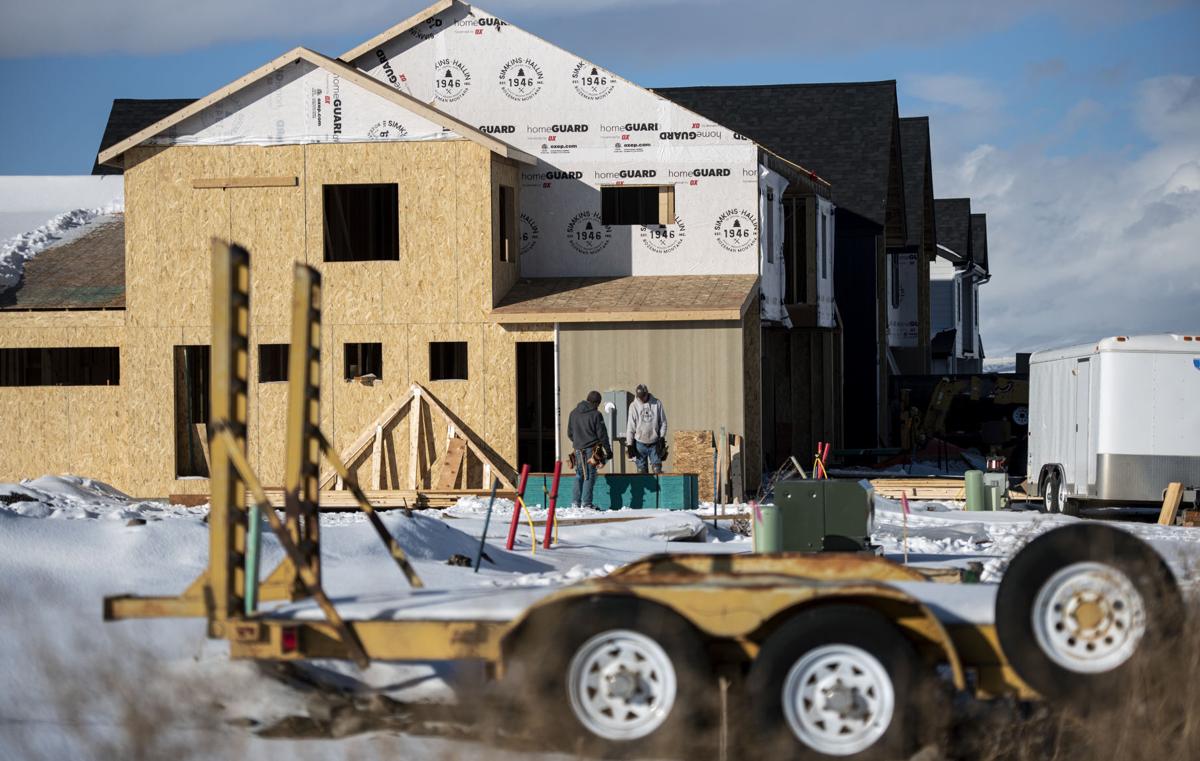 Construction workers build a new house off of West Oak Street on the west edge of town Feb. 5, 2021. 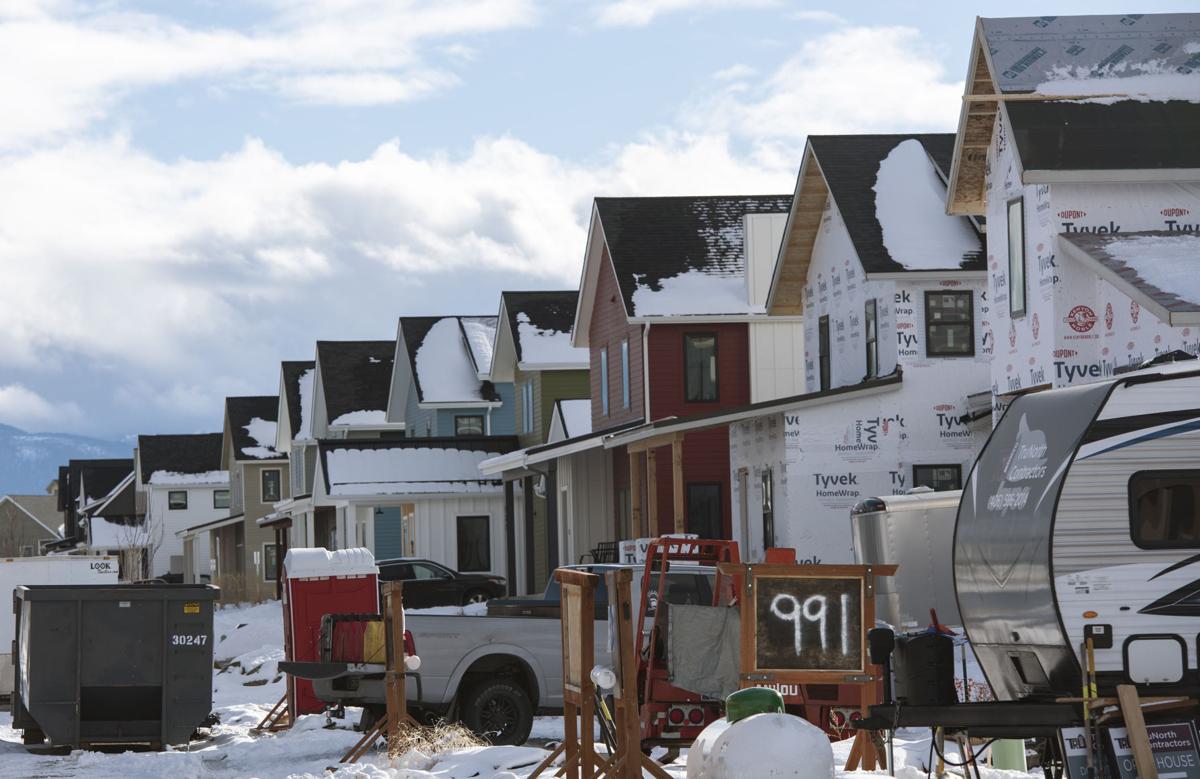 A new house is added on to a string of new homes being built along Auger Lane on Feb. 5, 2021. 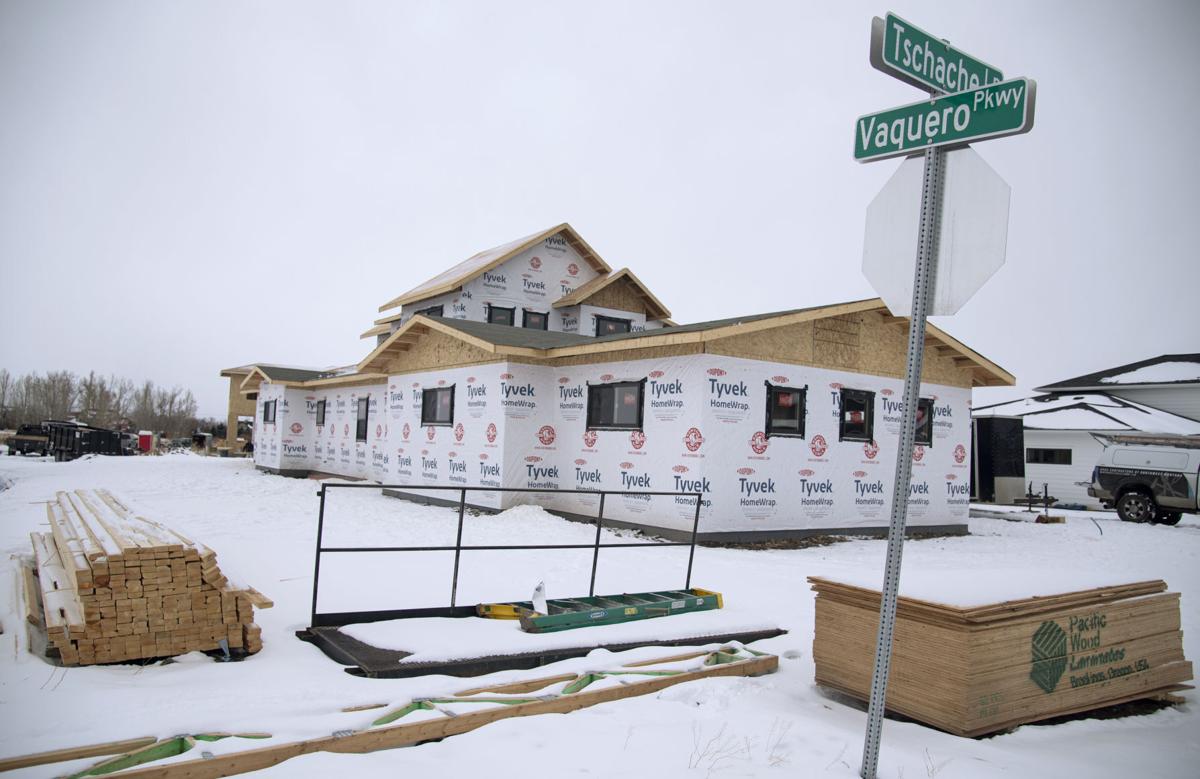 A string of new houses are being built along Vaquero Parkway on Feb. 4, 2021.

Construction workers build a new house off of West Oak Street on the west edge of town Feb. 5, 2021.

A new house is added on to a string of new homes being built along Auger Lane on Feb. 5, 2021.

A string of new houses are being built along Vaquero Parkway on Feb. 4, 2021.

Chronic understaffing of the city’s building inspectors is causing headaches for some developers in Bozeman.

Getting a full staff in the office has been a struggle for years, Bozeman director of community development Marty Matsen said, but the issue has reached a new level: With five of the eight inspector positions vacant, Bozeman is now allowing developers to use third-party engineers for some inspections.

“We’ve always been down a couple of positions but we’ve been able to maintain (and) keep on schedule and meet the customers’ needs,” Matsen said. “Just, you know, working through lunches and the extra stuff that people do when things are busy. But with the vacancies that we currently have, it became a little bit more critical.”

The city is trying to hire for those vacant positions, Matsen said, but are contending with some factors outside their control.

Ironically, Matsen said the department’s woes seem to be somewhat related to what is keeping them so busy: the city’s rapid growth and the housing crisis.

“That’s just kind of the environment that we’re in with the cost of housing here and the fast growth and construction pressures elsewhere that we’re competing with for these building inspectors,” Matsen said.

Matsen said when a contractor calls the city for an inspection, they might not have time to get for it for a few days. Builder Patrick Eibs with Higher Standard Homes said they used to be able to call into the city in the afternoon and schedule an inspection for the next day. Eibs said even a one-day delay can cause ripple effects, including driving up the cost of a home.

The issue can be further compounded if something is flagged in an original inspection, Eibs said, meaning an inspector has to come back out to make sure a problem has been fixed, leaving builders to contend with delays on more than one inspection.

“We have multiple inspections on a build so it’s one day here one day there, they all start to add up,” Eibs said. “When we build our schedule, for each of those phases that we have inspections at we’re needing to build additional days into the build schedule. What that does is it draws (out) the project longer for us, and we have interest costs and opportunity costs.”

In November, the city started allowing developers to hire licensed engineers to inspect a building’s foundation footings and foundation walls, which is permitted in building codes. City building inspectors look at projects at other phases, Matsen said, and require third-party engineers to provide a signed inspection report.

Matsen said they found that part of construction was a “pinch point” for developers as concrete contractors in high demand may not be able to easily reschedule after an inspection-related delay.

“It bumps everyone downstream of that inspection,” said Julien Morice, a principal with Ironwood Development. “It’s not like everyone is just waiting for the inspection to get done and are able to come back to your job. They have other jobs.”

Morice noted that they aren’t seeing a reduction in the impact fees the city charges developers.

Matsen said because the city can still do the inspections, just not always on a builder’s preferred schedule, they haven’t considered reducing impact fees.

“I’m fine with them requiring us to do building inspections ourselves or contracting a third party to do it, the only problem with that I think for people like smaller folks just trying to build a house is that it can get expensive,” Morice said. “It just drives up prices one way or the other.”