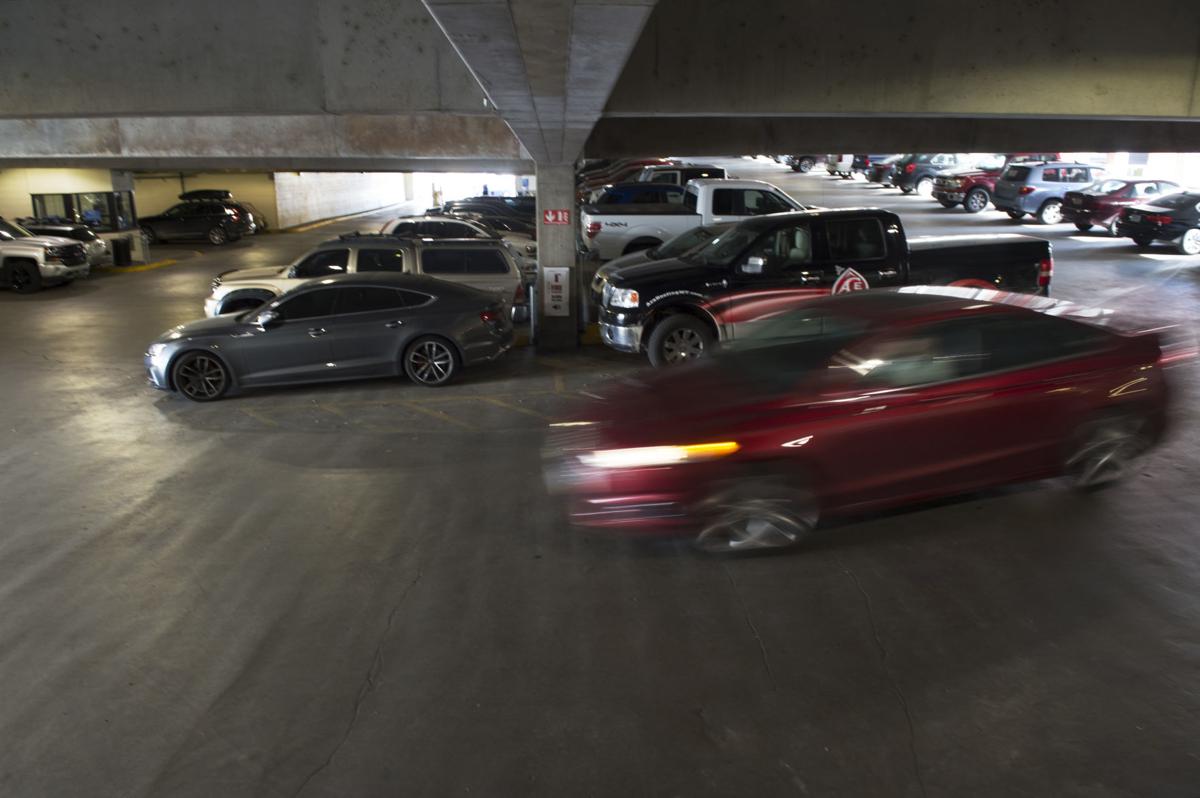 A car pulls through the lower level of the downtown Bozeman parking garage in this Chronicle file photo. 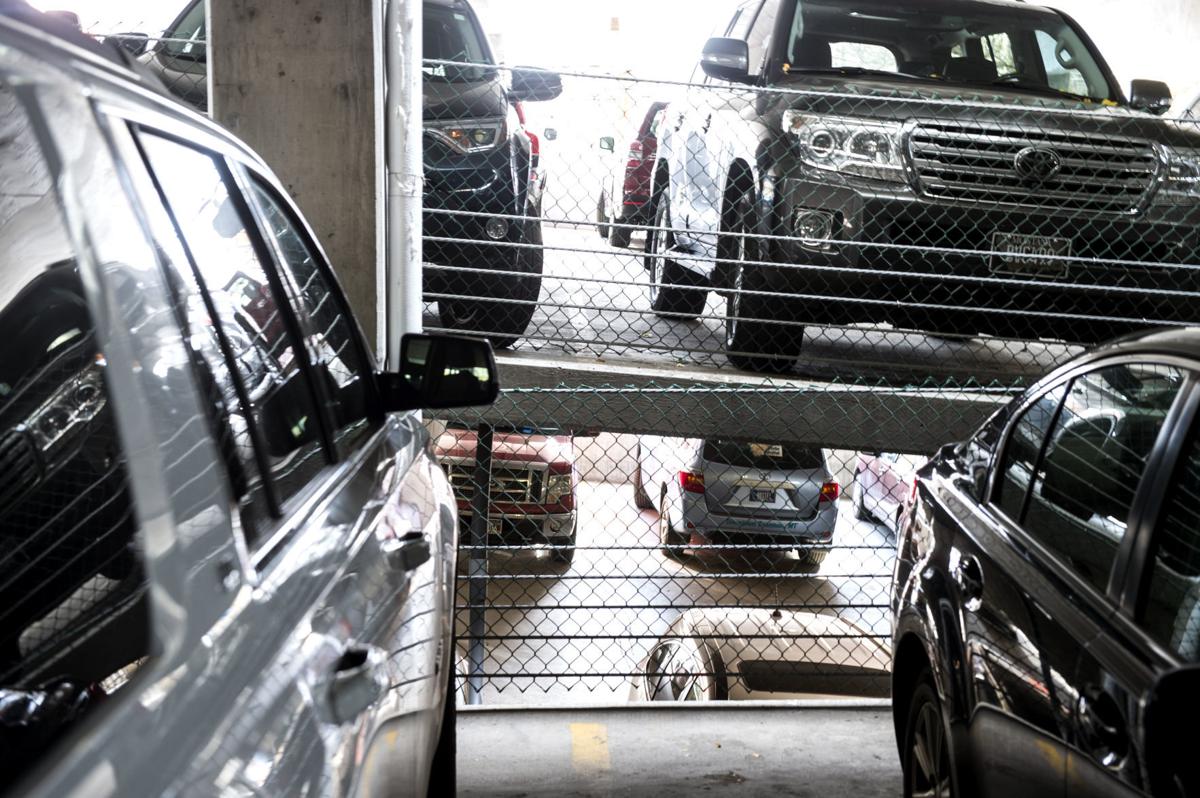 Cars fill the lower level of the downtown Bozeman parking garage in this Chronicle file photo.

A car pulls through the lower level of the downtown Bozeman parking garage in this Chronicle file photo.

Cars fill the lower level of the downtown Bozeman parking garage in this Chronicle file photo.

Those who use Bozeman’s downtown parking garage could soon get a new mobile app to pay as they go. Some have worried the proposed new technology is a stepping stone to paid parking throughout downtown.

Due to a lack of time, the Bozeman Parking Commission delayed a decision Thursday on whether to hire Passport Labs Inc. to install an app that would let people pay for parking in the Bridger Downtown Parking Garage from their phone.

Bozeman parking manager Ed Meece said the app would be in addition to the garage’s parking kiosks and would allow people to see how many parking slots are open in real time.

Meece said if approved, it would take the city roughly 30 days to set up the system.

“This would just be for the parking garage,” he said. “Right now, we don’t have paid-on street parking in Bozeman. There’s not even paid parking in the surface lots. This app doesn’t change that, it’s just a piece of technology.”

But he said it’s technology that could easily go in place elsewhere if and when the parking commission considers beginning to charge for parking around downtown.

A small crowd of people attended the 7:30 a.m. meeting and most either spoke against the app or said they had concerns.

Some criticized the broadness of the agreement and that the app could eventually be used anywhere in Bozeman.

“I believe with this passport there’s a hidden agenda, and the agenda is to get paid parking on main street in downtown Bozeman and I have a real problem with that,” said Mike Hope, owner of the Rocking R Bar.

Another person called it a “smokescreen” to implement paid, on-street parking in Bozeman.

Parking commissioners and several staff countered there’s been nothing secret about the city’s interest in looking into charging people to park downtown.

Evaluating “on-street pricing in high occupancy areas” was included in the city’s strategic parking plan in 2016, though city staff said there hasn’t been any action on that yet. That type of change would have to go through a public notice and comment period.

“We’re not discussing that right now, it’s not on our agenda, but it is not a hidden issue,” said parking commissioner Kelly Pohl. “It’s something we have explicitly said needs to be a strategy that the city explores to manage parking in downtown.”

Meece said the Passport app would be the cheapest way for the city to add more paid parking. He said a sign announcing paid parking with Passport costs roughly $100 while he estimated a pay station like the ones already in the downtown garage cost $20,000 apiece.

It was the first meeting the volunteer board has had since the Bozeman City Commission approved widening parking commissioners’ oversight from downtown’s core out by 1,000 feet in all directions through a Bozeman Parking District.

That March 2 vote set the framework for the parking commission to create “parking benefit zones” — or pay-to-park areas — within the district. That got a lot of pushback through hours of public comment against the district.

Those who opposed the district included longtime residents, downtown employees, renters and business owners. Many said the city’s “new tool,” as commissioners called it, would add more harm than good.

The plan passed narrowly with a 3-2 city commissioners vote. That split means the district will have one more vote before the Bozeman City Commission as a consent item, which are typically approved as a formality without a lot of additional discussion.

David Loseff, who also spoke against the district March 2, told the parking commission Thursday a lot of people were angry at how the city is making decisions to manage parking.

“The groundswell of frustration is very deep,” Loseff said. “What was striking from that meeting was not just the number of people, but the diversity of the demographics ... the diversity of people crossing all lines saying ‘hey wait a second, what the heck are you doing with our parking?’”

Parking Commissioner Paul Neubauer said that March 2 meeting persuaded him that a lot needs to happen before the parking commission proposes any permit parking areas.

“There’s a lot of details that we need to address to alleviate some people’s concerns,” he said. “We have a large task in front of us as far as selling it to the public.”

The city and the parking commission will have a joint meeting open to the public to talk about parking management planning on April 20, at 6 p.m.

The parking commission will meet again sometime in April to make a final decision on the Passport agreement.