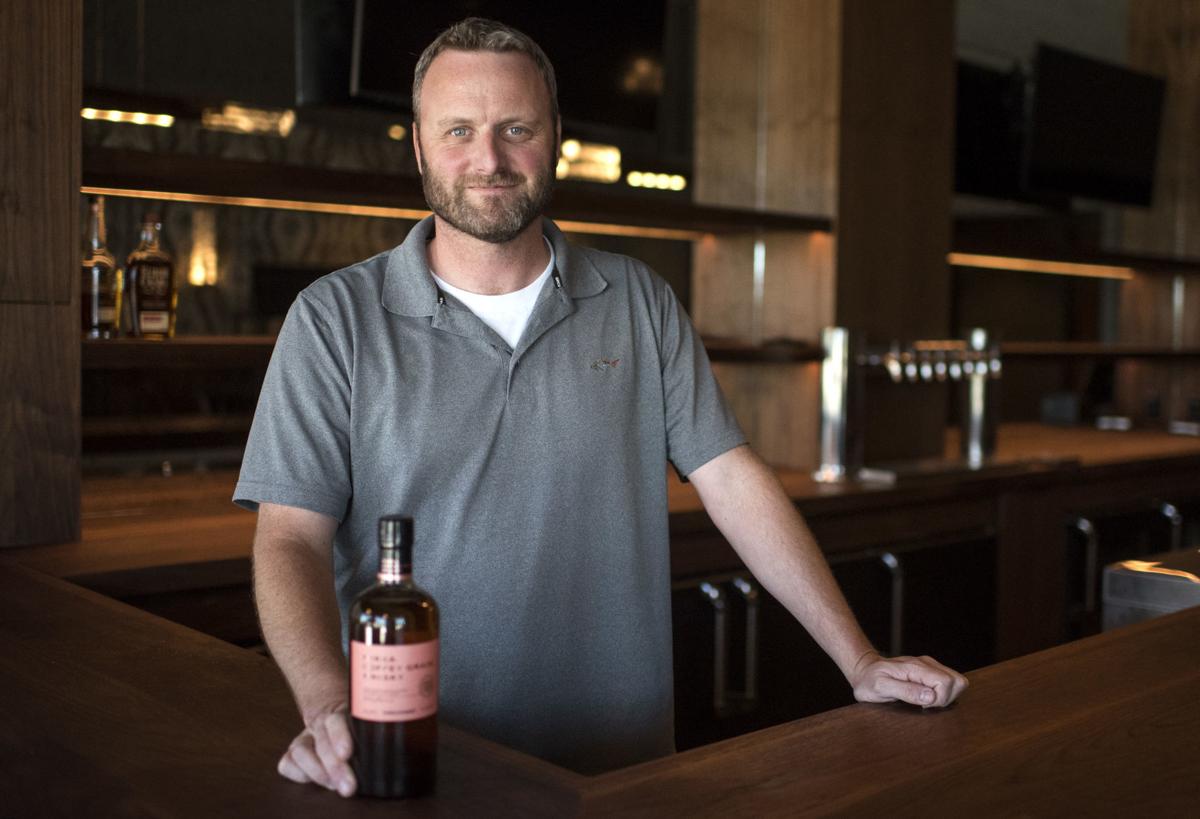 Wyatt Hicks, co-owner of Single Barrel Liquor and Bar, poses with a bottle of Japenese whisky on Monday at Ferguson Farm. 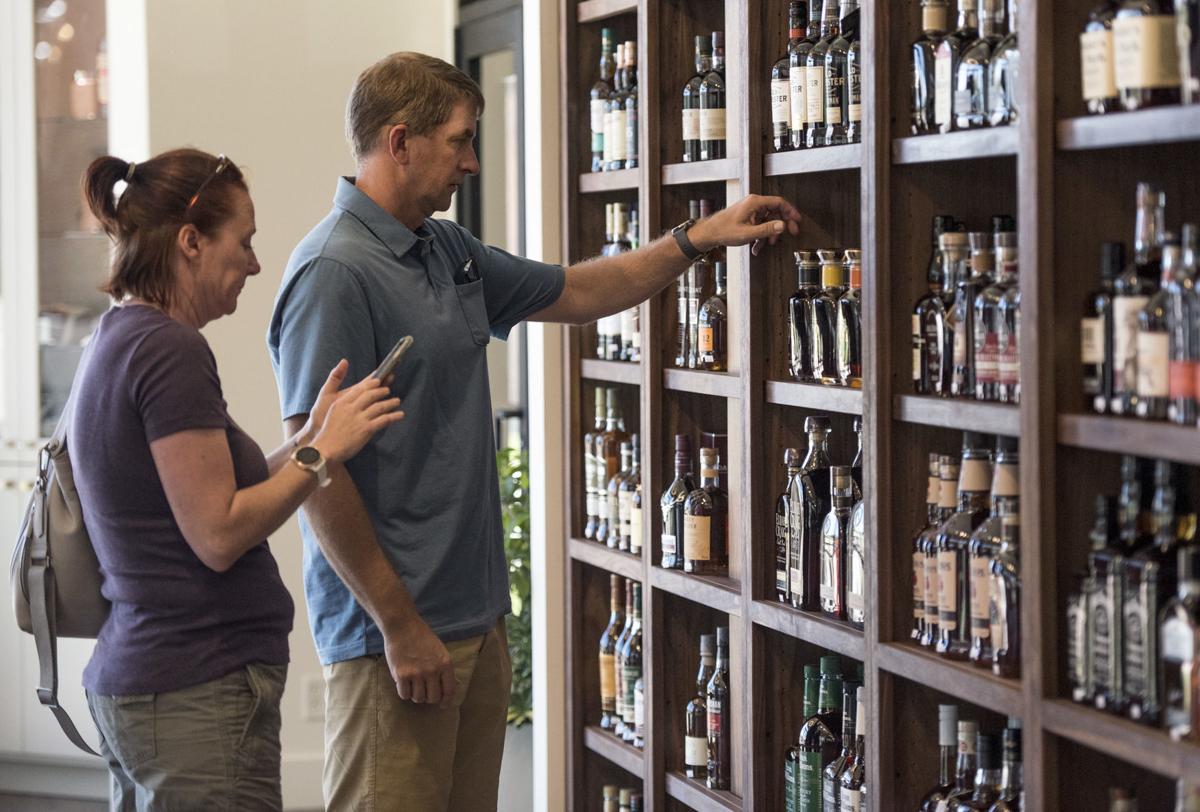 Trent and Andrea Robbins pick out a bottle of whisky, a belated Father's Day gift, at the newly opened Single Barrel Liquor and Bar on Monday, June 22, 2020, in Ferguson Farm. 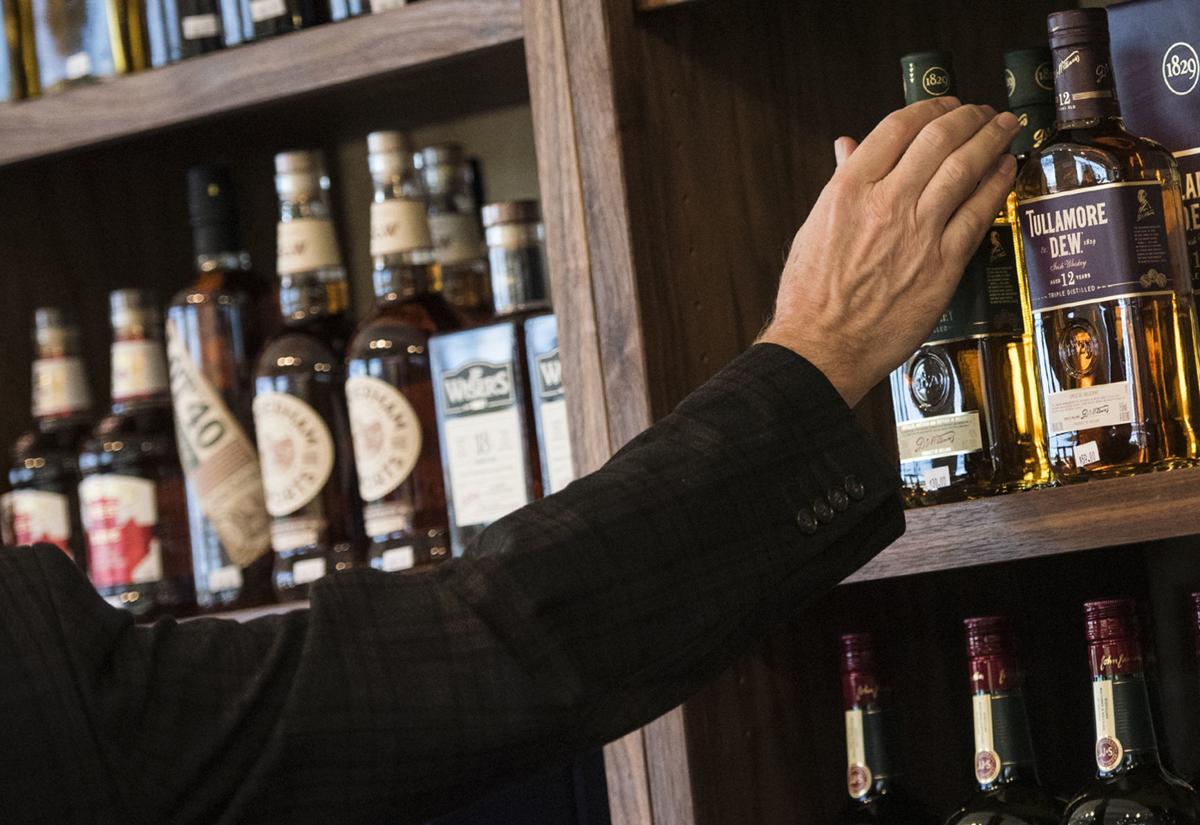 Wyatt Hicks, co-owner of Single Barrel Liquor and Bar, poses with a bottle of Japenese whisky on Monday at Ferguson Farm.

Trent and Andrea Robbins pick out a bottle of whisky, a belated Father's Day gift, at the newly opened Single Barrel Liquor and Bar on Monday, June 22, 2020, in Ferguson Farm.

Imported Japanese whisky and whiskey made right here in Bozeman sit a few feet apart on the shelves of Single Barrel Liquor and Bar, the new bar and liquor store located in the Ferguson Farm development.

“You name the whiskey, we’ll find it,” said Wyatt Hicks, who owns and operates Single Barrel with his wife Dempsey Hicks.

Single Barrel is one part liquor store, one part neighborhood bar. The liquor store opened last Wednesday and the bar is scheduled to open this Friday at 5 p.m.

Single Barrel offers a variety of spirits and craft mixers, specializing in whiskey. Hicks said his team hopes to be able to give people a chance to try whiskeys they might not be able to get their hands on otherwise, like imported or hard-to-find bottles.

“Some of those bottles ... it’ll take us a year or two to track them down,” Hicks said. “We’re going to build a big menu of whiskey flights so everybody gets a chance to try them.”

Hicks and his wife also came up with a way to get people interested in making their own drinks at home, too. After the bar opens, recipe cards for drinks will be available for customers to take to the liquor store side and stock up on the ingredients to make their own bartender-approved cocktails at home.

The opening of Single Barrel was delayed by about a month because of COVID-19.

Hicks said the largest challenge was delays in getting some of the equipment, like coolers and the doors to the building, because the factories making those items temporarily shut down to try to curb the spread of the virus.

Archer Construction, the company tasked with the interior construction of the bar, also spread out its subcontractors during the heat of the virus to help keep them safe.

To keep customers safe and healthy, hand sanitizer is available at the entrance to the liquor store and at the cash registers and seating in the bar area will follow all phase-two guidelines. Hicks said the number of people in the bar and the liquor store will be limited to allow for adequate distancing.

“We just love to share the experience with everyone,” Hicks said.

Single Barrel Liquor and Bar’s liquor store is open seven days a week from 10 a.m. to 8 p.m., and the bar is scheduled to open at 5 p.m.