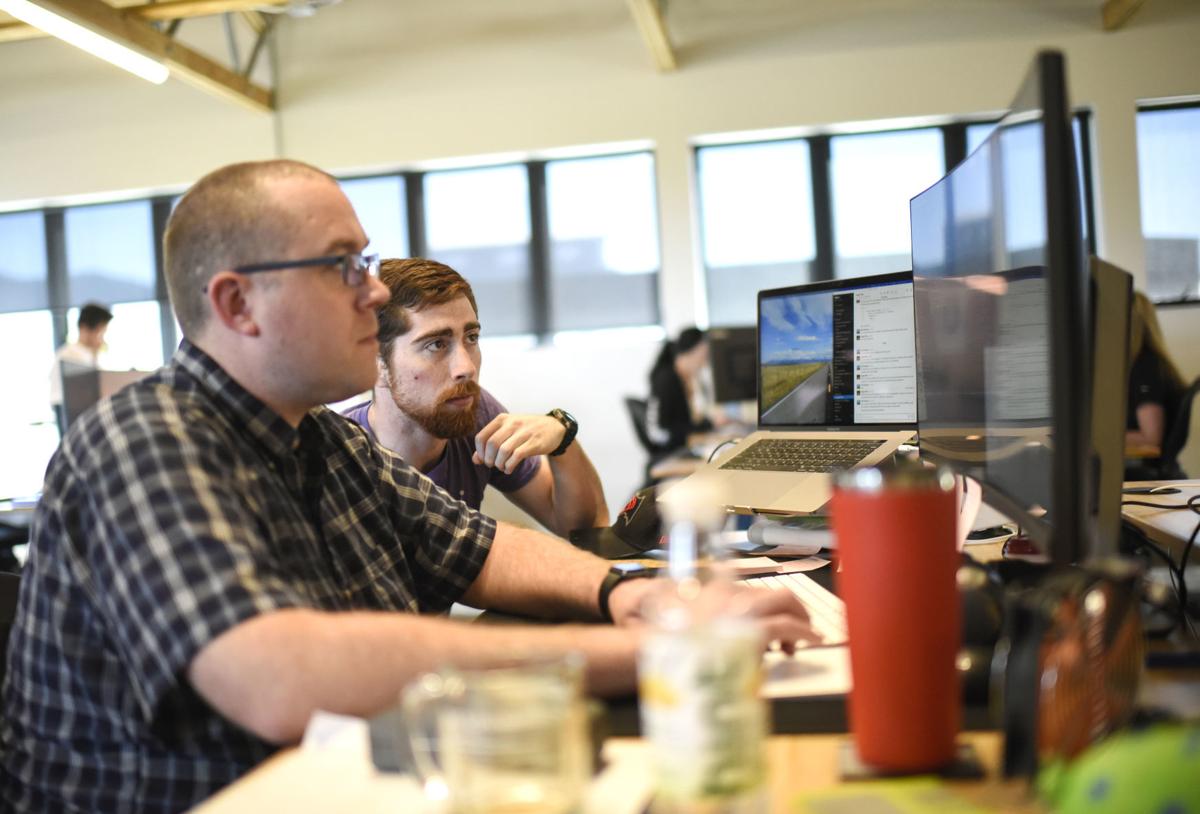 Tim Parrish and Logan Shy work at Figure, a financial technology company, on Thursday in the cannery district. 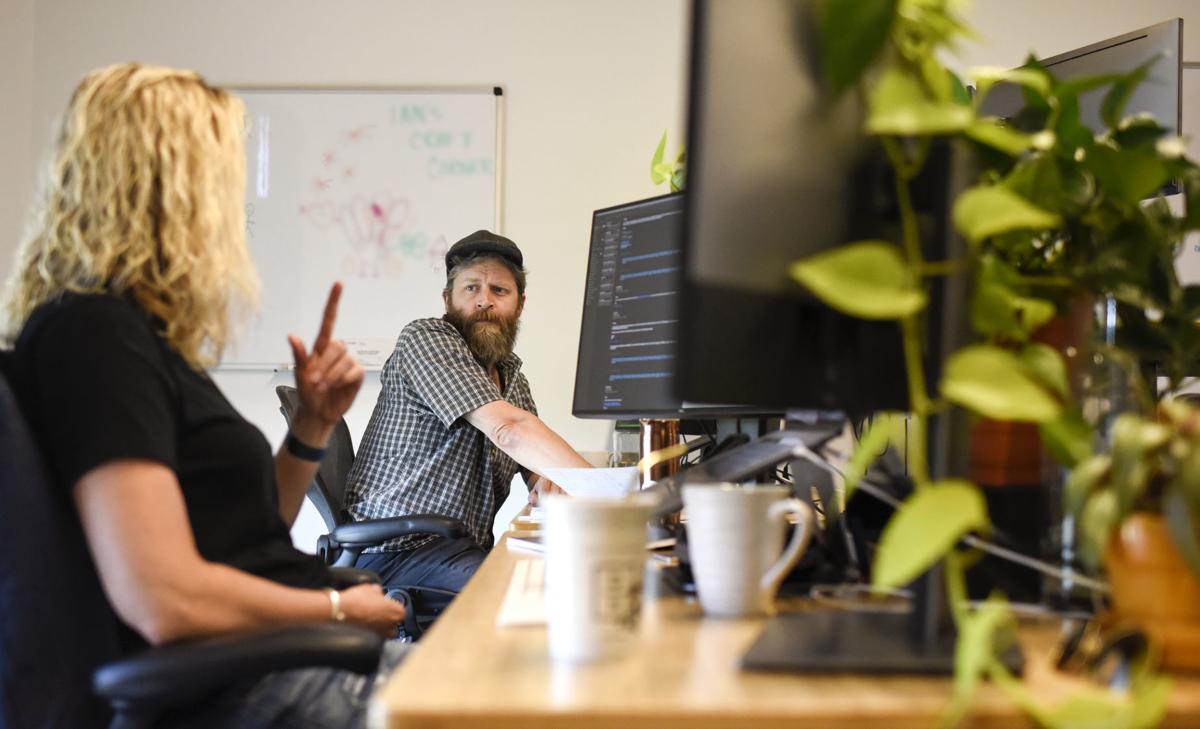 Figure Software Engineers Ian Cady and Rana DeWall chat in the Figure office on June 6, 2019, in the cannery district.

Tim Parrish and Logan Shy work at Figure, a financial technology company, on Thursday in the cannery district.

Figure Software Engineers Ian Cady and Rana DeWall chat in the Figure office on June 6, 2019, in the cannery district.

About a year after opening a Bozeman office, a tech company plans to double its staff in the next year.

Figure began operating in the Regus office building downtown in April 2018 before moving into the Cannery District in September. Now, the startup is looking to expand its office space.

With offices in San Francisco, Montana and Reno, Nevada, the company focuses on home equity, streamlining and shortening the process of gaining access to equity in homes, said Figure spokesman Otto Pohl. It has found success by combining existing digital tools and using online record-keeping tool blockchain on the back end of the program.

Most of Figure’s software engineers are based in Bozeman and Helena. Pohl said the company’s founder, Mike Cagney, had worked in Montana before and was attracted to it for many of the same reasons other tech companies come here: quality of life, good employees and salaries that compare favorably to those in the Bay Area.

Cagney is the former CEO of SoFi, a company that also has offices in Bozeman. Cagney resigned from SoFi in 2017 following allegations of sexual harassment within the company under his leadership.

To prevent sexual harassment and sexism at Figure, the company seeks to hire a diverse range of workers, said Nate Lampert, human resources business partner at Figure in Bozeman. He also said the startup has a “robust people operations” team to address issues right from the start.

Women make up about half of Figure’s executive team and 20% of its Bozeman staff. Ten percent of its workers are also veterans, including Lampert, he said. He hopes to see the number of diverse employees grow as the company expands.

After funding about 4,500 loans, and recently landing a $1 billion blockchain investment, Lampert said the company is always growing and looking for new people. He anticipates adding about 14 more positions to its Bozeman office in the next year. Figure will sponsor a scholarship at Montana State University for computer science students, where Lampert said about half of its Bozeman and Helena offices graduated from and where one employee teaches a class.

Figure is also looking at expanding its office into additional space within the Cannery District or other parts of Bozeman, he said. He hopes Figure continues to be an integral part of growing the local tech scene, starting with presenting at technology conference Big Sky Dev Con in Bozeman this Saturday.

“Certainly, Figure would like to be a central player in the growing, emerging tech ecosystem in Montana,” Lampert said.