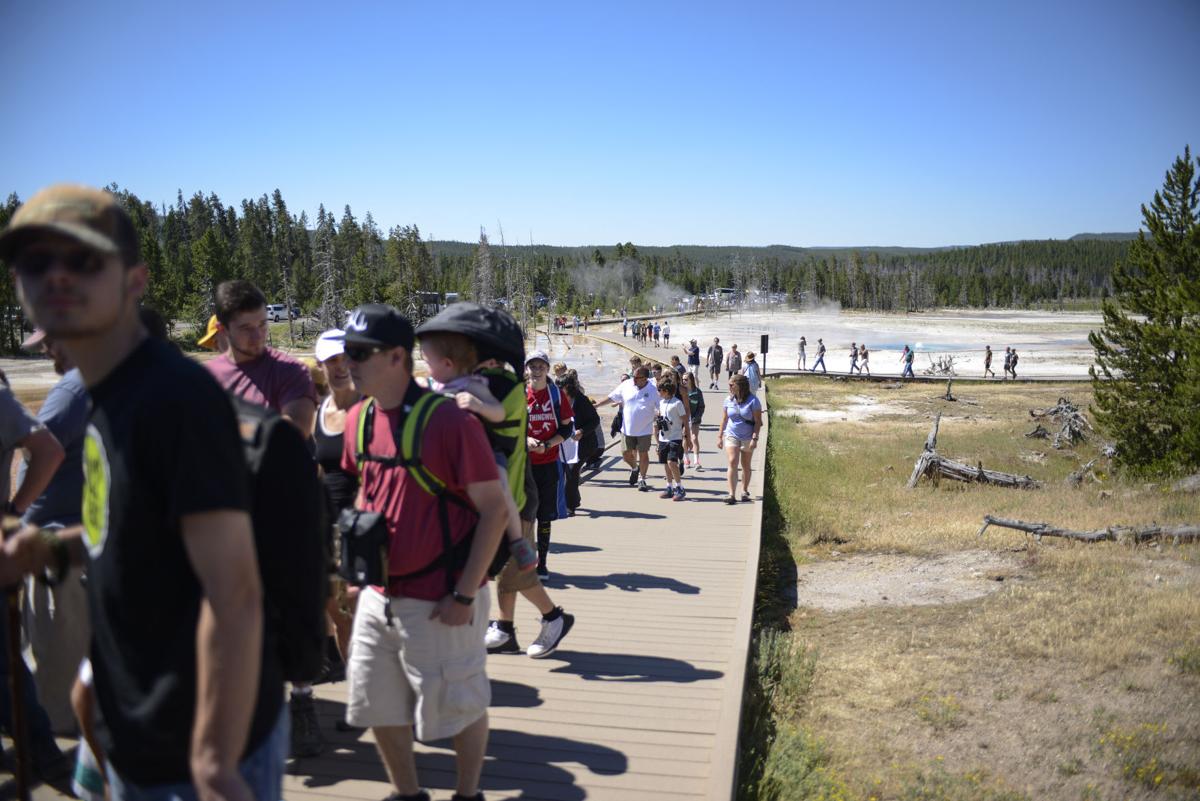 Tourists stop to allow a herd of bison cross a road in Yellowstone National Park in this Chronicle file photo.

Tourists stop to allow a herd of bison cross a road in Yellowstone National Park in this Chronicle file photo.

The number of visitors to Montana is set to drop this year, while tourist spending rose slightly, according to a preliminary annual report released by a University of Montana research organization.

In 2017, Montana’s 12.2 million nonresident visitors spent $3.29 billion in the state, according to data collected by the Institute for Tourism and Recreation Research. The first number represents a slight dip from 2016, when a record 12.3 million people passed through the state. Spending, however, rose slightly — up from roughly $3 billion in 2016.

Both figures are based on survey data gathered from the first three quarters of this year. Fourth quarter information is supplied from 2016.

According to the report, the average Montana tourist travels in groups of slightly more than two. In their roughly five-night stay, the groups spend around $128 per day, mostly on gas, accommodations and dining out.

Tourism accounts for approximately $4.7 billion in annual economic impact across the state, as well as more than 53,000 jobs, according to ITRR.

As of 2016, 28 percent of those surveyed agreed that the state is becoming overcrowded because of tourists. Sixty-two percent disagreed.

Norma Nickerson, director for tourism institute, said that due to the limitations of survey data, it’s difficult to draw overarching conclusions about the state’s travelers.

“We’d like to say this is up or this is down for sure, but we can’t do that,” Nickerson said. “There are so many things we don’t have the answer to.”

Specifically, Nickerson added, the institute does not have a grasp on why visitor data trends the way it does. For one, there are many outside forces — such as the strength of international economies, consumer attitudes and gas prices — that come into play. And for another, travel plans often vary on an individual level.

“Do people get uncomfortable and hold back a little bit? Maybe. But it’s just a matter of what fits in a particular person’s life that year,” Nickerson said. “It’s just a cyclical thing that’s moving around and there are no easy answers.”

A final version of the report will be issued early next year.