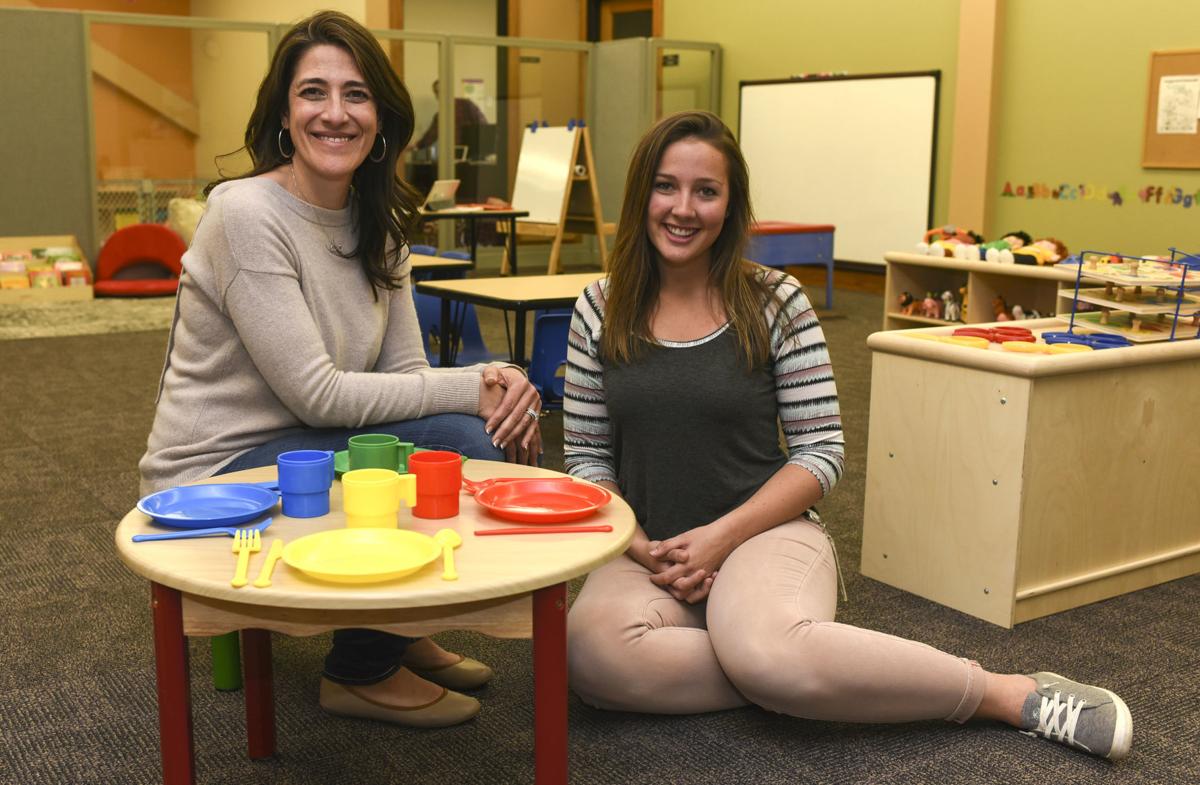 Rebekah Nelson and Morgan Lindquist sit in one of the newly finished play rooms at ZALA, an on-site child care center inside of Zoot Enterprises. 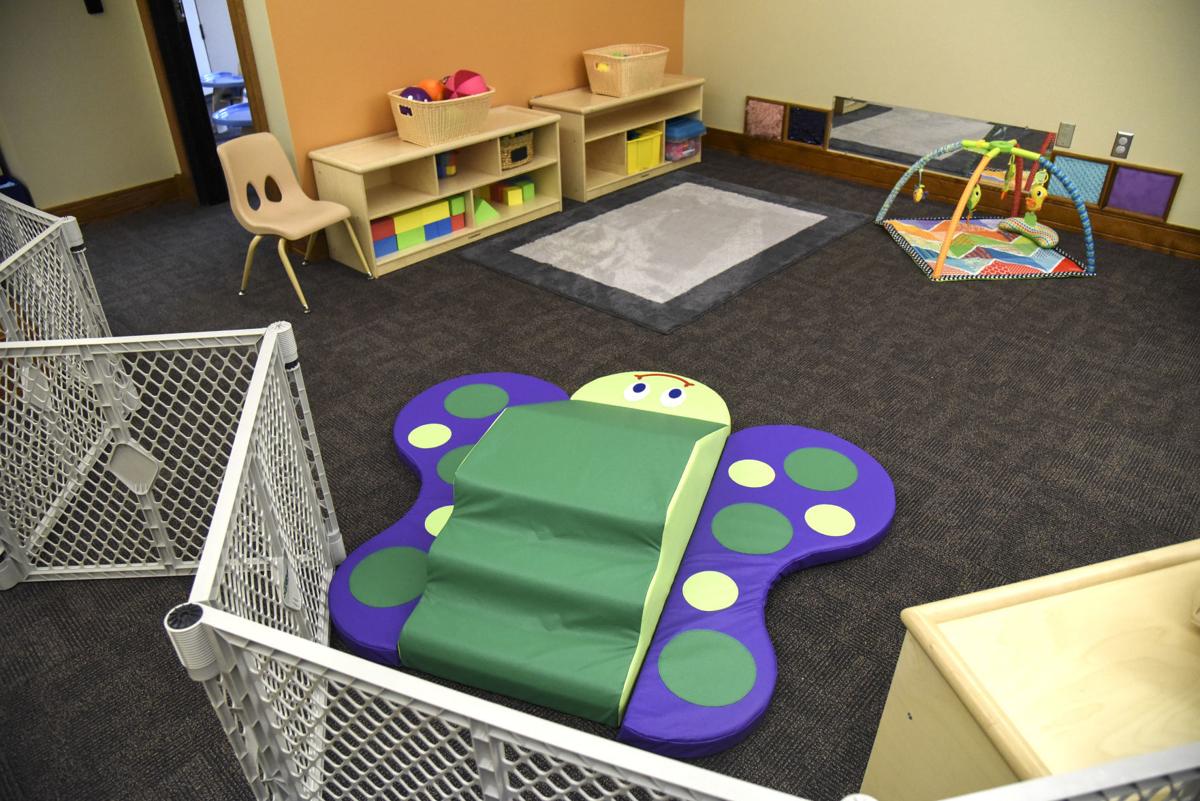 This is one of multiple play areas for children at ZALA, an on-site child care center inside of Zoot Enterprises.

Rebekah Nelson and Morgan Lindquist sit in one of the newly finished play rooms at ZALA, an on-site child care center inside of Zoot Enterprises.

This is one of multiple play areas for children at ZALA, an on-site child care center inside of Zoot Enterprises.

Walking the halls of Zoot Enterprises’ headquarters outside Bozeman, it’s not uncommon these days to hear sounds that seem out of place in a multi-story tech campus: the cooing and gurbling of small children.

The dozen or so children, from infants to pre-kindergarteners, aren’t there to work. Just the opposite, they are there to play and learn as part of the company’s newly launched in-house daycare facility, a project years in the making and spearheaded by Zoot’s top executives.

Formally titled the Zoot Adventure Learning Academy, or ZALA, the center is the brainchild of Rebekah Nelson, Zoot’s director of employee benefits outreach and wife of CEO Chris Nelson.

In 1990 when he founded the company, which offers data-based risk assessments for banks and other lenders, Chris Nelson was a single father and on many occasions brought his son to work, raising him on the floor of his office.

It was a decision made not only out of necessity (infant child care is notoriously expensive and difficult to secure), but also Nelson’s desire to be closer to his newborn.

For Rebekah Nelson, that connection is an option all working parents should have.

The company has a long history with child care. More than a decade ago, Zoot started Quail Hollow, the nonprofit cooperative day school just south of Four Corners. But while the school served its purpose, Nelson had grander plans.

Her first step was to secure a four-acre parcel of land near Zoot’s campus west of Four Corners, on which she envisioned building a daycare center. The planning and building process was projected to take a few years, but Nelson didn’t want to wait, so she and ZALA Director Morgan Lindquist pushed ahead with a center inside the current Zoot building.

The center, which employs two infant teachers, a toddler teacher and a preschool teacher, operates as a for-profit subsidiary of Zoot, and the company offers tuition scholarships for its 270 employees to help cut the cost.

“We wanted to make sure our employees were taken care of and infant care was where we saw the biggest need,” Nelson said.

The center is part of a larger push to improve workplace culture, according to Nelson, offering perks and services that improve spirit (Zoot has previously invested in a gym, disc golf course, volleyball court, cafeteria and espresso bar). It’s as much a business decision as it is a moral one: These types of choices help increase productivity and employee retention, Nelson said.

“For (mothers and fathers) to be able to walk down the hallway, get their child and then go back to their meeting has meant the world to them. Having those interactions throughout the day definitely boosts morale,” she said. “You’re creating a community that’s loyal and grows together. It creates that environment that you really want as a business owner.”

Zoot isn’t alone in its approach. PFL in Livingston built its own daycare center several years back, and national companies like Patagonia, which Nelson consulted with during the planning of ZALA, have led the trend.

For Nelson, the center will also help advance a separate cause close to her heart. The time typically required for women to raise children, as well as the onus on them to act as a family’s primary caregiver, can make it more difficult for mothers to advance into high-level company roles. Having an easily accessible and affordable solution will help women (and men) have children without needing to take steps backward in their careers, Nelson said.

“We should make it as easy as possible for women and men to make those decisions (about child care) without compromising their lives,” she said.

And Nelson is aiming even higher, hoping to speak with state legislators about what she views as red tape inhibiting the growth of child care options, particularly for infants, in Montana.

“We as a state need to review and analyze this to see how we can encourage and promote this for businesses,” she said. ““All it does is hold people back from having a quality child care facility for infants.”

The facility’s current capacity is 26 kids, but Nelson has already reached out to several surrounding businesses to get a feel for their child care needs. The off-site center, which she hopes to complete in the next couple years, will potentially have space for other company’s young ones.

In the meantime, ZALA will offer a camp program this summer for 6- to 12-year-olds open to other businesses in the community.

“We shouldn’t just talk the talk, we need to walk the walk,” Nelson said. “We care, not only about you but your family. This is the right thing to do.”