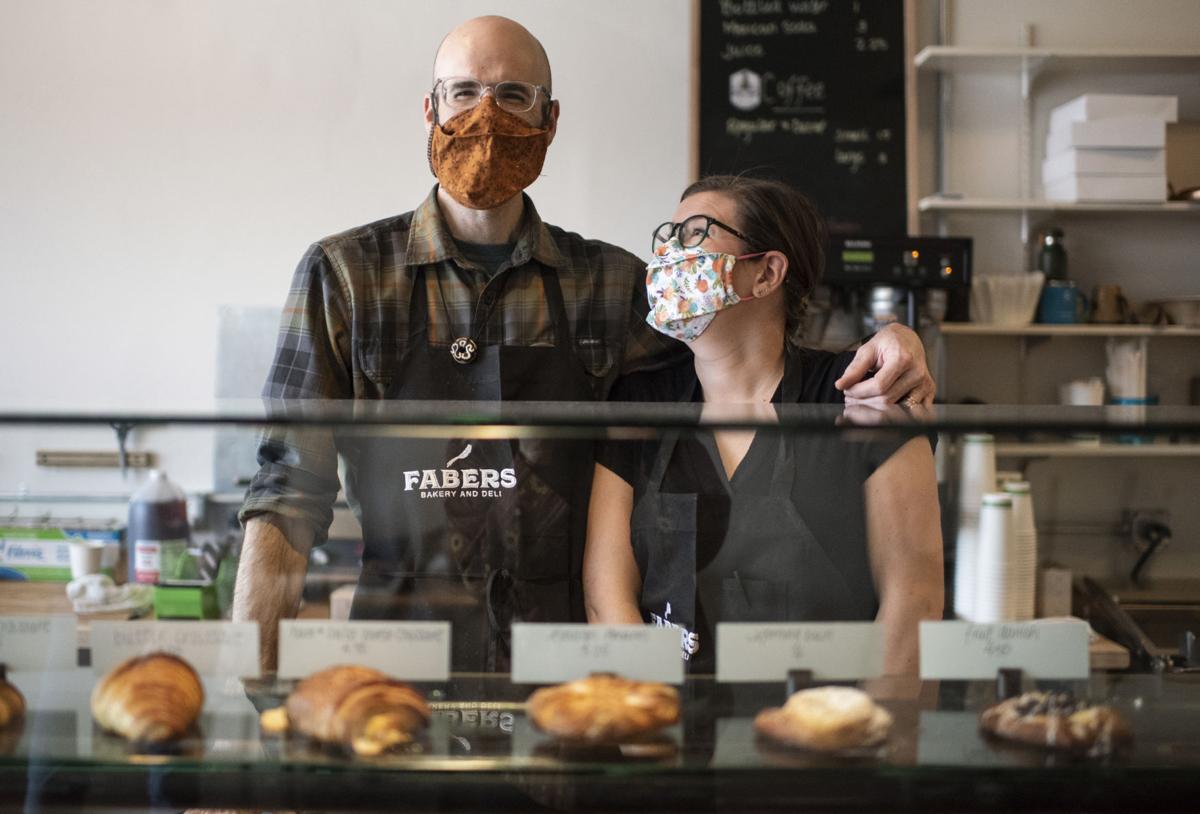 Melissa Faber looks up at her husband, Ryan Faber, behind the counter of their new shop, Fabers Bakery and Deli, on Wednesday, Feb. 17, 2021, in downtown Bozeman. Melissa says they they want to provide Bozeman with an "old fashioned big fat deli sandwich at a fair price." 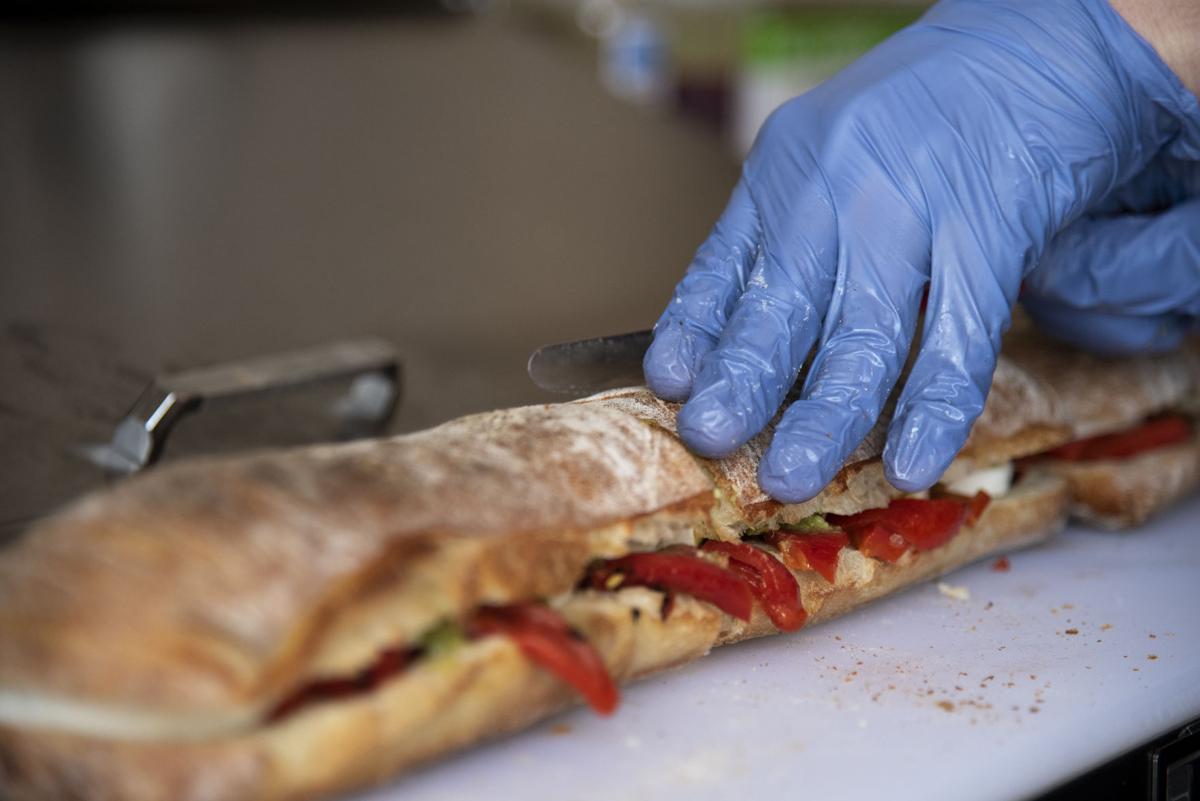 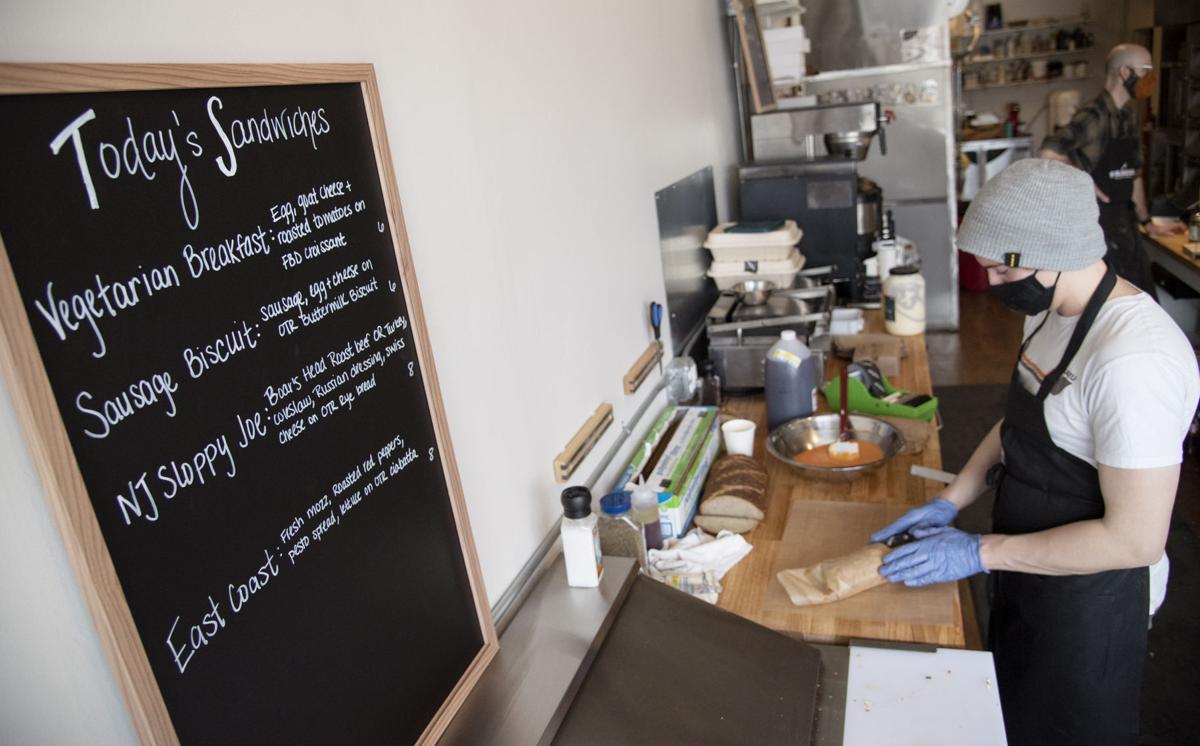 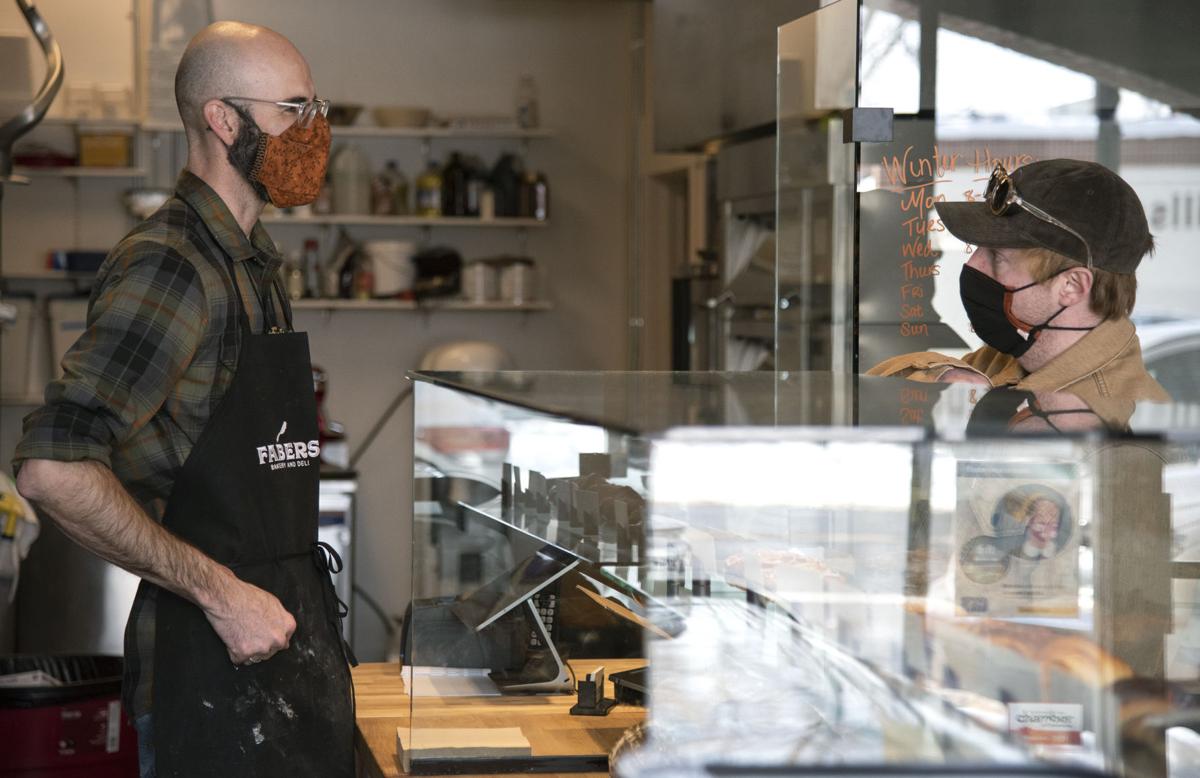 Ryan Faber works the front counter on Wednesday, Feb. 17, 2021, at Fabers in downtown Bozeman. Faber says that hosting has always been something he loves to do. "It's a joy, it's the people. That's what it's all about for me."

Melissa Faber looks up at her husband, Ryan Faber, behind the counter of their new shop, Fabers Bakery and Deli, on Wednesday, Feb. 17, 2021, in downtown Bozeman. Melissa says they they want to provide Bozeman with an "old fashioned big fat deli sandwich at a fair price."

Ryan Faber works the front counter on Wednesday, Feb. 17, 2021, at Fabers in downtown Bozeman. Faber says that hosting has always been something he loves to do. "It's a joy, it's the people. That's what it's all about for me."

When people walk into Faber’s Bakery and Deli, owners Ryan and Melissa Faber want them to want to come back.

The east coast-style deli and bakery offers a variety of foods that the Fabers ate when they were growing up in rural New Jersey, like taylor ham sandwiches, black-and-white cookies and pastries made by Ryan.

The husband-and-wife duo moved to Montana around six years ago, after Melissa visited for a work trip. Ryan, who has lived and baked all over the U.S., said he never imagined living in Montana until the plane touched down.

“We landed here and I saw the mountains and I was like, this is it,” he said.

Ryan worked as a baker at On The Rise Bread Co., which provides much (but not all) of the bread at Faber’s, while Melissa had a hospitality job at a national company.

Last summer, Ryan decided that after baking for 20 years, it was time to start his own deli and bakery. He gave himself a goal: By his next birthday in a year, he’d have his own shop.

But it went a lot faster than that. The owner of On The Rise, a close friend, got him in touch with the landlord for 33 South Willson, where the bakery is located. A week later, he was in the process of getting it rented and opening a business.

Faber’s held its grand opening last Thursday, in the bitter cold of the most recent cold snap. Despite the weather, the bakery sold out of the famed Taylor ham sandwiches two days in a row.

“We’re trying to showcase what people are good at,” Ryan said.

That means bread from On The Rise (with the exception of fresh baguettes and specialty lovaes crafted by Ryan) and pies from The Upper Crust, with the hopes of getting more local businesses’ products in the deli case in the coming months.

The goal, Melissa said, is to eventually expand the menu and have the deli cases totally full of food that’s good and affordable so that people can come back multiple times a week without breaking the bank.

While opening a business during a pandemic was daunting, Melissa said it felt a little easier than it may have been otherwise because, in building a business from the ground up, they could just make COVID-19 precautions part of the structure. Ryan’s workspace, for instance, is separated from the public by large panes of glass, and the cashier system has an option for touch-free payment.

Early in the pandemic, Melissa was furloughed and then outright laid off from her hospital job. But that was almost a blessing in disguise, she said: She got to help get Faber’s up and running. And she gets to be part of something that makes more jobs for Bozeman, something she appreciated even more after being laid off — Faber’s has one employee and is looking to hire between five and ten more.

“In retrospect, it was really good timing,” she said.

When people think of New Jersey, the Fabers say they often think of the cities and the beaches, which isn’t the Jersey that they’re both from. Melissa and Ryan grew up less than half an hour away from each other, both in towns much smaller than Bozeman. Big stores like Target were around an hour away. So the city-meets-small-town vibe of Bozeman was just what they were looking for.

“I wouldn’t change any of it. I love Bozeman,” Melissa said. “And now we have food we missed.”

Montana senators consider bill that would restructure board of outfitters