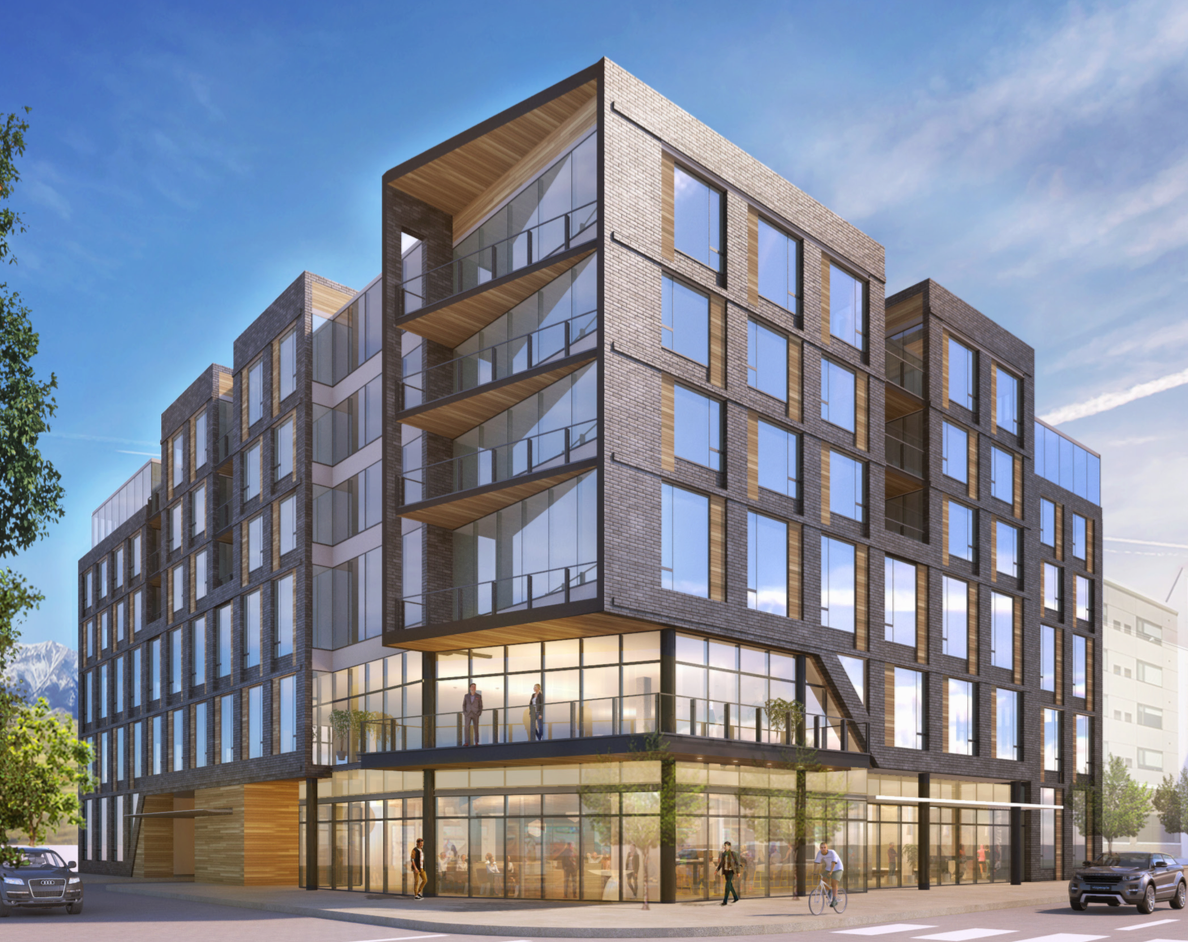 Renderings of the 5 East building, a six-story mixed-use development proposed for the corner of Tracy Avenue and Mendenhall Street in downtown Bozeman. 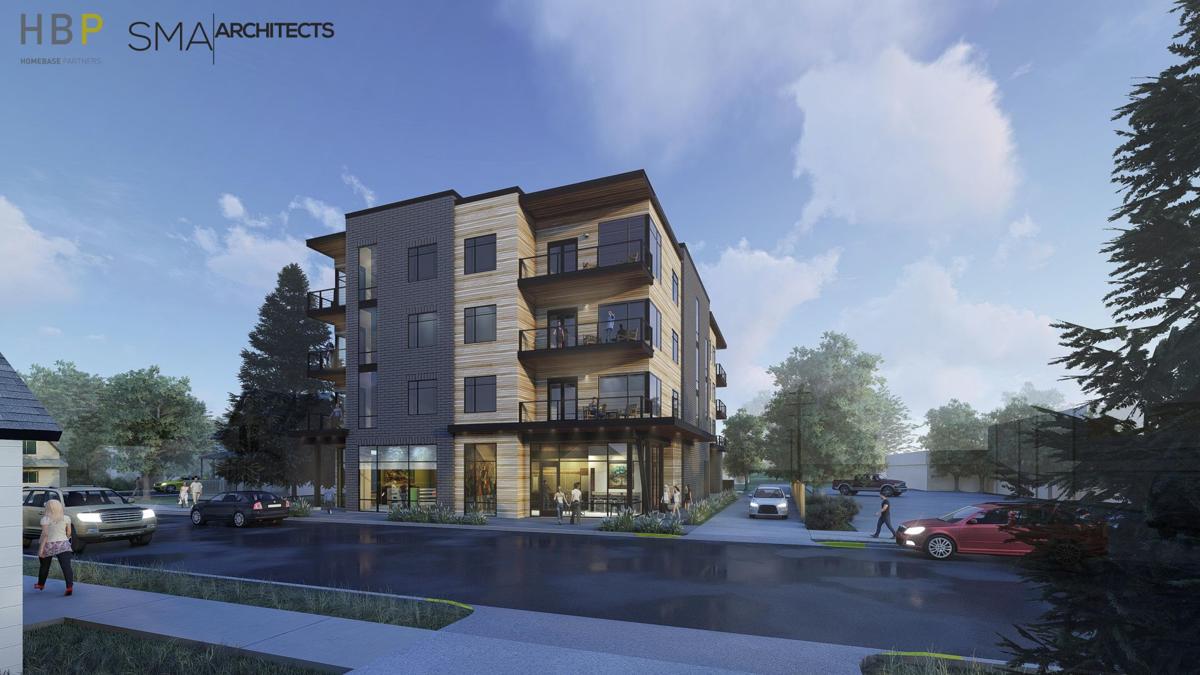 An artist's rendering of the Merin, a four-story mixed-use development proposed for North Bozeman Avenue in downtown Bozeman.

Renderings of the 5 East building, a six-story mixed-use development proposed for the corner of Tracy Avenue and Mendenhall Street in downtown Bozeman.

An artist's rendering of the Merin, a four-story mixed-use development proposed for North Bozeman Avenue in downtown Bozeman.

Adding to a quickly growing collection of downtown projects, developer Andy Holloran and HomeBase Montana are back with a proposed six-story, mixed-use building on Mendenhall Street.

Situated on the corner of Mendenhall Street and Tracy Avenue, a site currently occupied by the Straightaway Motors auto shop and at least two homes, the building would include 30 residential units, as well as commercial, retail and office space.

The existing buildings would be demolished per an agreement with the landowner, according to Holloran.

The proposed development, called 5 East, would sit between two other HomeBase buildings, 5 West and the Element Hotel. The developer is also behind the Black-Olive building and One 11 Lofts — a five-story residential structure on the corner of Lamme Street and Willson Avenue proposed earlier this year.

As proposed, 5 East would include retail and 29 parking spaces on the ground level, office space on the second and third floors, and condominiums on the top floors. At least one commercial tenant has already agreed to fill part of the space, an “exciting” business that will bring with it more than 100 jobs, Holloran said.

On the residential floors, the condos would be a mix of studio, one- and two-bedroom units between 790 and 1,500 square feet.

The northwest portion of the building would be scaled down to three stories “in order to respect the lower-density housing to the north and provide open space and outdoor amenities for residents,” according to planning documents.

Those amenities include “landscaped outdoor terraces,” a spa, lounge and dining areas.

“We continue to believe in our downtown core and that we’re going to continue to grow and so need to preserve our open land and agricultural space and develop in our urban core,” Holloran said. “Based on our experience with Block M and 5 West, clearly there’s a huge demand for people to live and work in downtown and there’s not a lot of options.”

The 5 East plan is set for review by the city planning department and, pending approval, construction could begin as early as the beginning of 2019. Plans for the One 11 Lofts are still working their way through the city, but Holloran said he hopes to start building by the end of the year.

Holloran also provided an update on a separate HomeBase mixed-use project, the Merin. Named after John Merin Bozeman, the four-story building with commercial space on the ground floor and 12 residential units has been proposed for the lot across North Bozeman Avenue from Dave’s Sushi.

If all goes to plan, construction could get underway on the Merin in August, Holloran said.