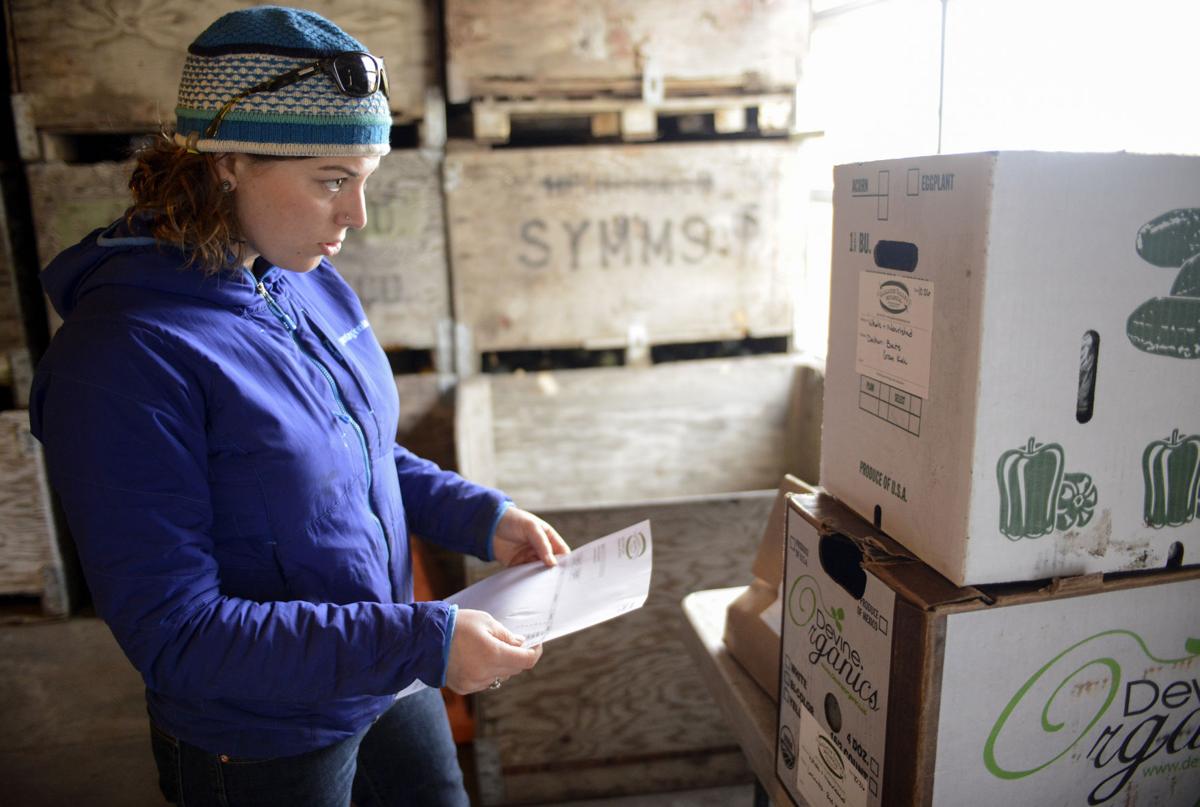 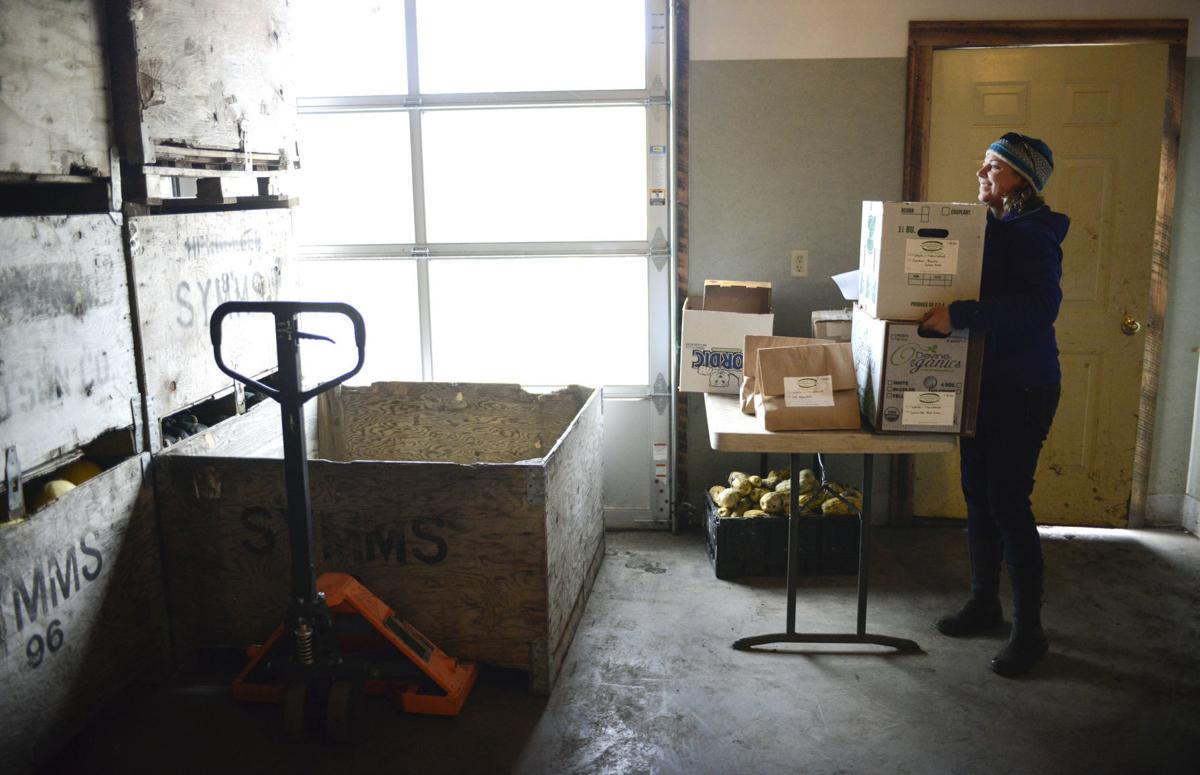 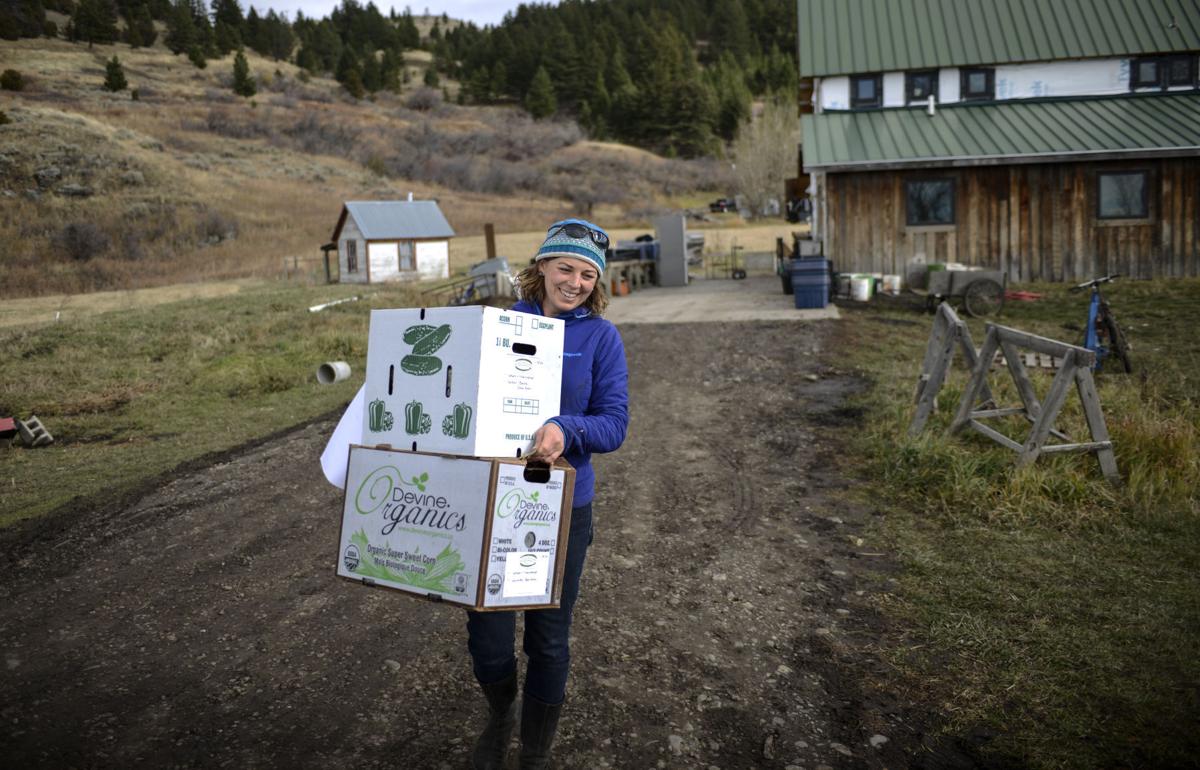 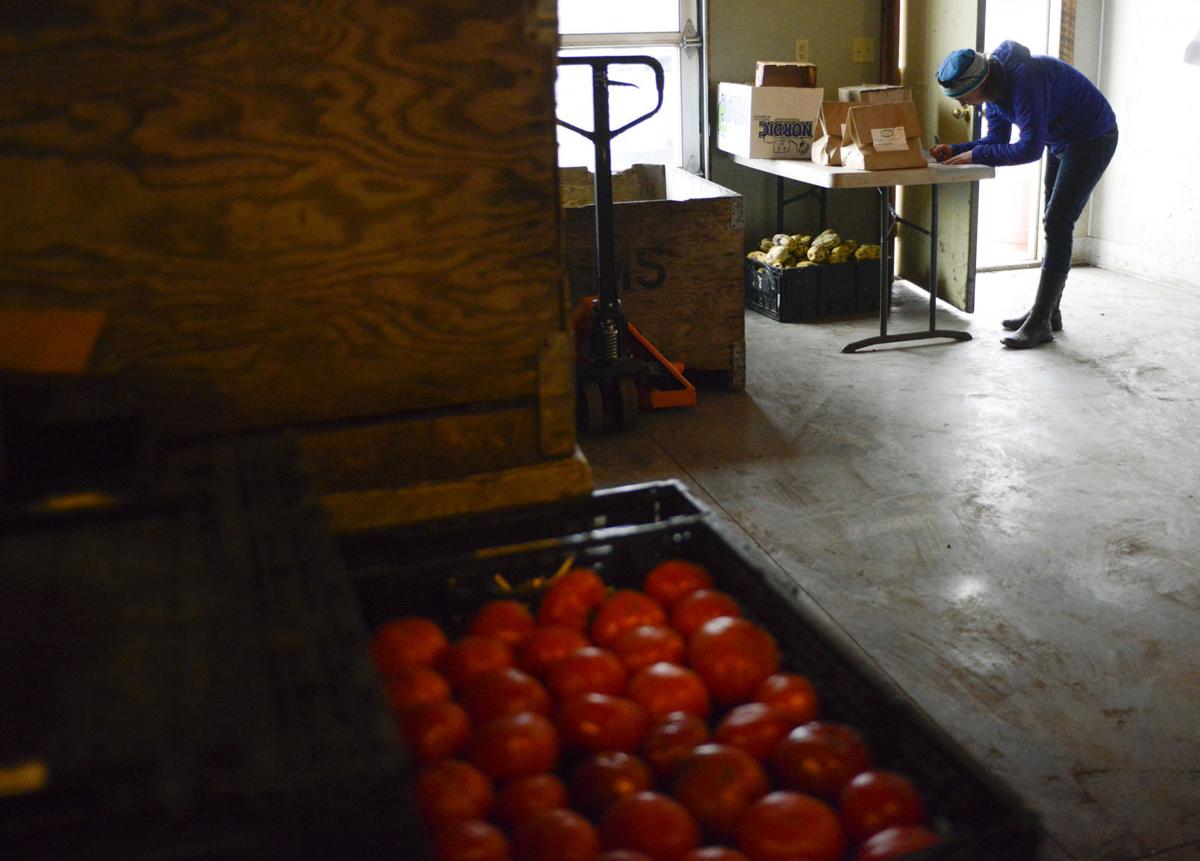 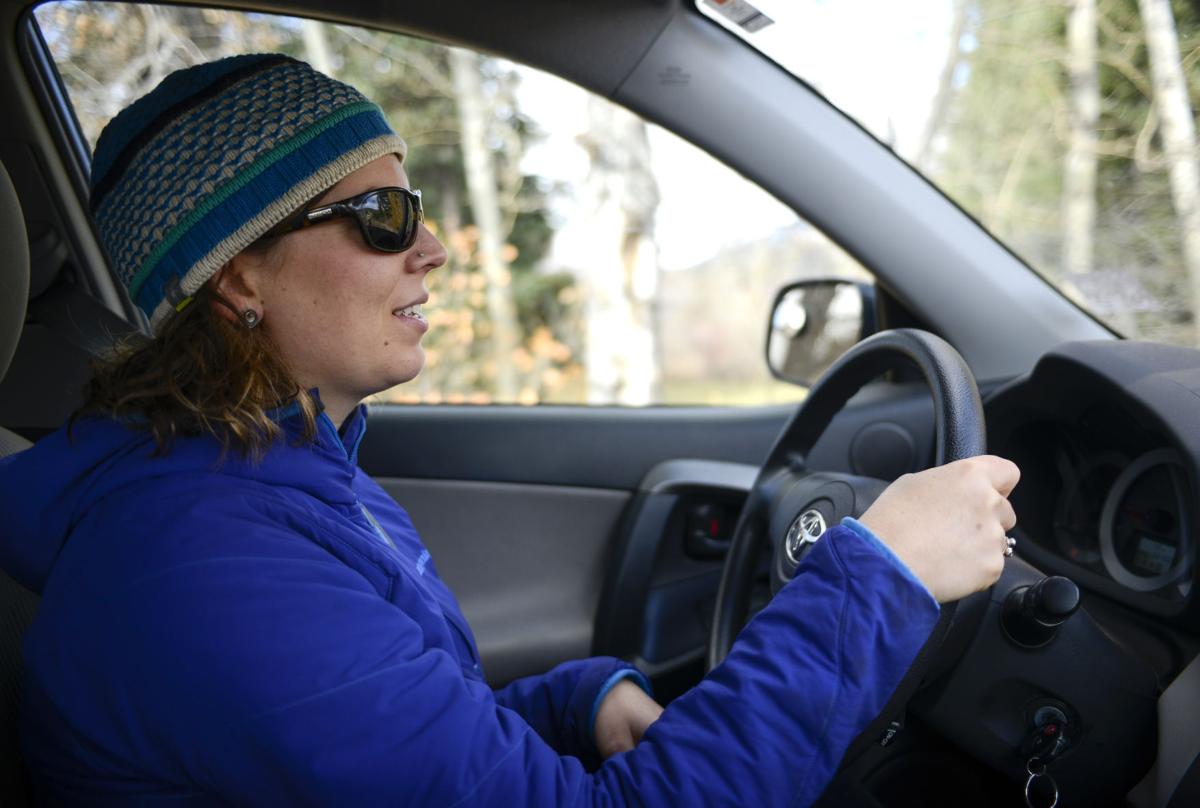 Local entrepreneur Heather McDonnell drives out to Gallatin Valley Botanicals Friday, Oct. 27, 2017, to pick up a fresh supply of vegetables for her home-cooked meal delivery service, Whole and Nourished.

Local entrepreneur Heather McDonnell drives out to Gallatin Valley Botanicals Friday, Oct. 27, 2017, to pick up a fresh supply of vegetables for her home-cooked meal delivery service, Whole and Nourished.

LastThursday morning, with $70,000 in grant money at stake, Jessica Dehn presented her business plan to a panel of experts in Washington, D.C.

Dehn has come a long way since opening her first drop-in day care center in Bozeman early last year. In that time her business, Dino Drop-In, has expanded to include a facility in Belgrade, as well as a second in Bozeman, slated to open south of town by the beginning of November.

Dehn was selected from hundreds of women-owned businesses across the country to be among 10 finalists at the D.C. pitch competition, hosted by the Small Business Administration.

The process kicked off several months ago, when Dehn was invited to participate in the competition’s early rounds by folks at the Blackstone LaunchPad, Montana State University’s business incubator program. Advisers at the LaunchPad helped her write a national application, and Dehn has practiced her pitch to several others, including the Montana Women’s Business Center, part of Bozeman economic development nonprofit Prospera Business Network.

Since making it to the final 10, Dehn says she’s been approached around town by strangers on the street who congratulate her on the achievement. But this kind of support, she says, is nothing new.

“Very, very clearly that has made being an entrepreneur in Bozeman, Montana, much more enjoyable,” Dehn says.

Nationwide, more than 35 percent of businesses are owned by women, up from 28 percent in 2007.

As of last count, Montana was home to more than 37,000 women-owned businesses, which combined contribute roughly $4.7 billion in sales to the state’s economy, according to U.S. Census Bureau data. A new women-owned venture opens in the Big Sky state every day.

Local owners cite the region’s fundamental and technical resources as instrumental in this growth. Take the business certification course offered by Prospera, or the WBC’s variety of classes, from QuickBooks and Excel to basic accounting, finances and business law. The center has also started offering many of its classes online in an effort to extend its reach to entrepreneurs in rural parts of the state.

“We really have to be able to create opportunities for women in the middle of nowhere so they can stay on their farms but also be financially successful,” says Suzi White, program director for the WBC.

Near the end of October — National Women’s Small Business Month — White and the WBC are busy with business counseling sessions and hosting a variety of events. But over the past couple years, a month-long waiting list for the organization’s services has become the norm.

“(The Gallatin Valley) is a great place for women to start a business, but I want to make it even better,” White says.

Organization leaders and business owners detailed several different challenges facing many women in the quest for self-employment. For one, according to White, women often struggle to get the same level of financing — whether through banks or grant programs — as their male counterparts.

Another issue is one of worth. When society has consistently taught women to value themselves in a certain way, it becomes difficult to change that, Dehn says.

“It’s hard to see ourselves as an intense asset to an organization, even if we intellectually know that we are. It’s just ingrained,” she says.

As a longtime business owner and in her role as the president of local group Bozeman Business and Professional Women, Ann Schrader has seen the culture surrounding women business owners shift slightly. But many of the same deep-seated hurdles still exist.

“Women are still doing most of the daily living stuff, the chores, at home,” Schrader says. This historically traditional division of labor creates yet another hill for women to climb, particularly those attempting to start a business.

“It continues to be a big challenge, probably the biggest,” Schrader says.

Schrader, White and Dehn agree that one way to change these paradigms is through exposure. The more women in business leading by example and acting as role models and mentors for others, the better.

“Having those role models gives women the belief in themselves that they really can do that,” she says.

Since opening her pre-made meal delivery service Whole and Nourished in May, Heather McDonnell has transitioned from somewhat of an understudy to a fully fledged role model. McDonnell, who runs the business alone, prepares the meals — mostly lunches and dinners such as beef and pumpkin chili or salmon cakes with homemade tartar sauce — in Livingston’s Food Resource Center, before delivering them to her customers.

McDonnell has a history working in a variety of food-related roles, everything from farming to catering to health coaching, but Whole and Nourished is the 31-year-old’s first time flying solo in a business.

“The connections I’ve made through those industries and friends; there’s been a lot of collaboration and they’ve really helped me out,” she says.

McDonnell’s venture has brought with it a slew of challenges, chief among them maintaining a healthy work-life balance. But the sense of agency that comes with self-employment, as well as the satisfaction of combining several interests into a single occupation, help offset the day-to-day struggles.

“This business has been something that I’ve unknowingly been working toward for the last 10 years,” she says. “Right now, I’m loving it.”

And McDonnell is quick to pass on the love. Alongside personal trainer and speaker Jackie Corcoran, she has started her own monthly meetup group to connect local female business owners and share ideas. This collaborative approach works in a place like Montana, she says, because at the end of the day, “there’s more than enough business for all of us.”