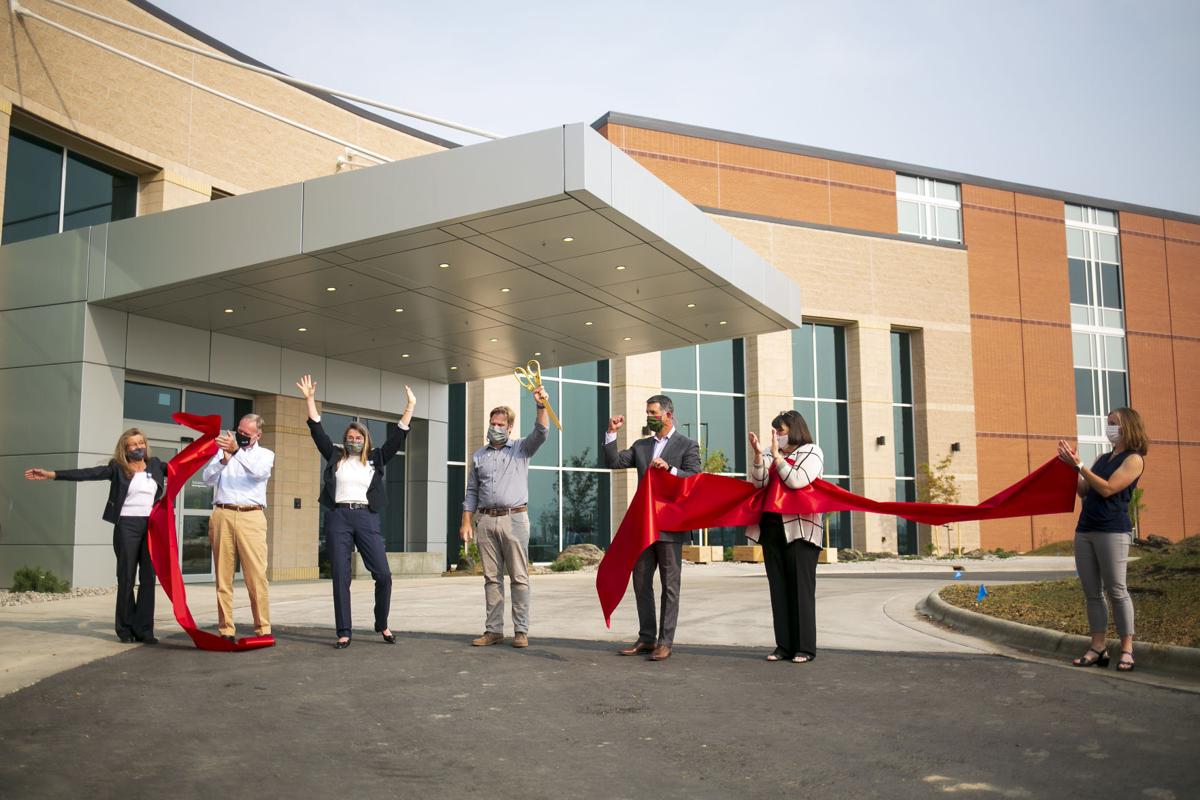 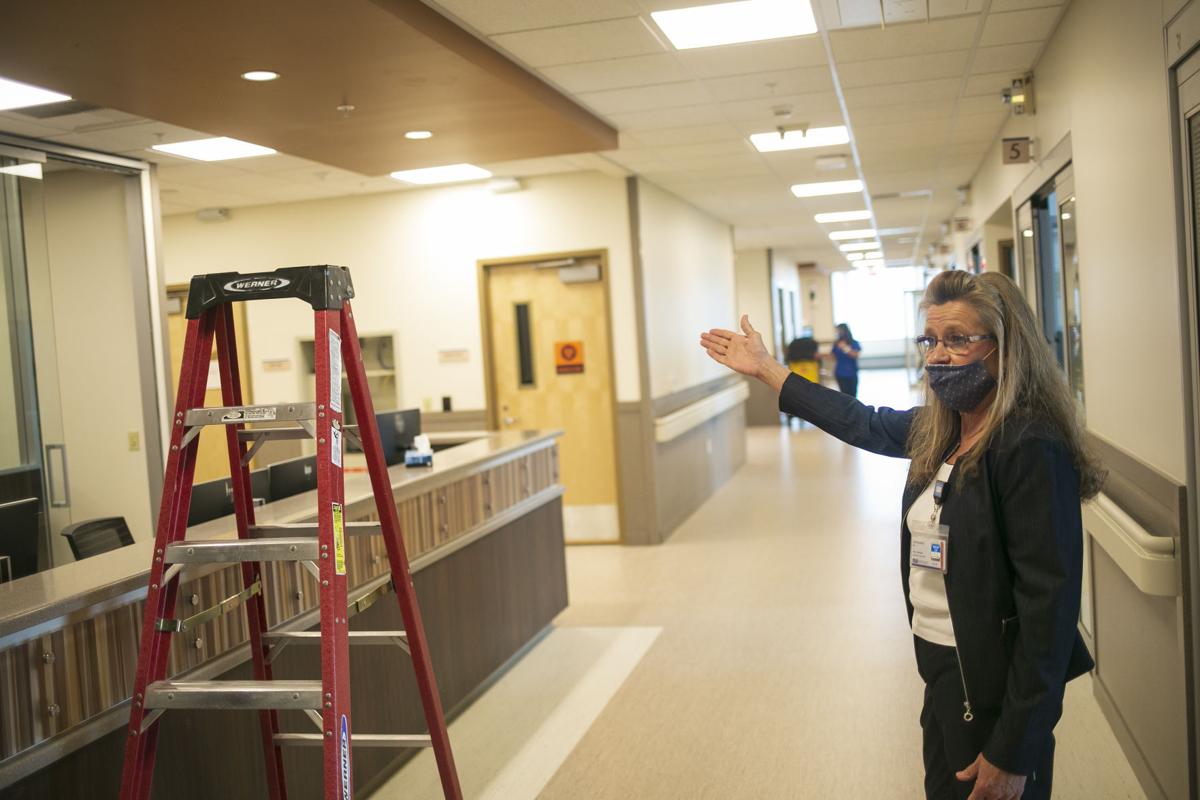 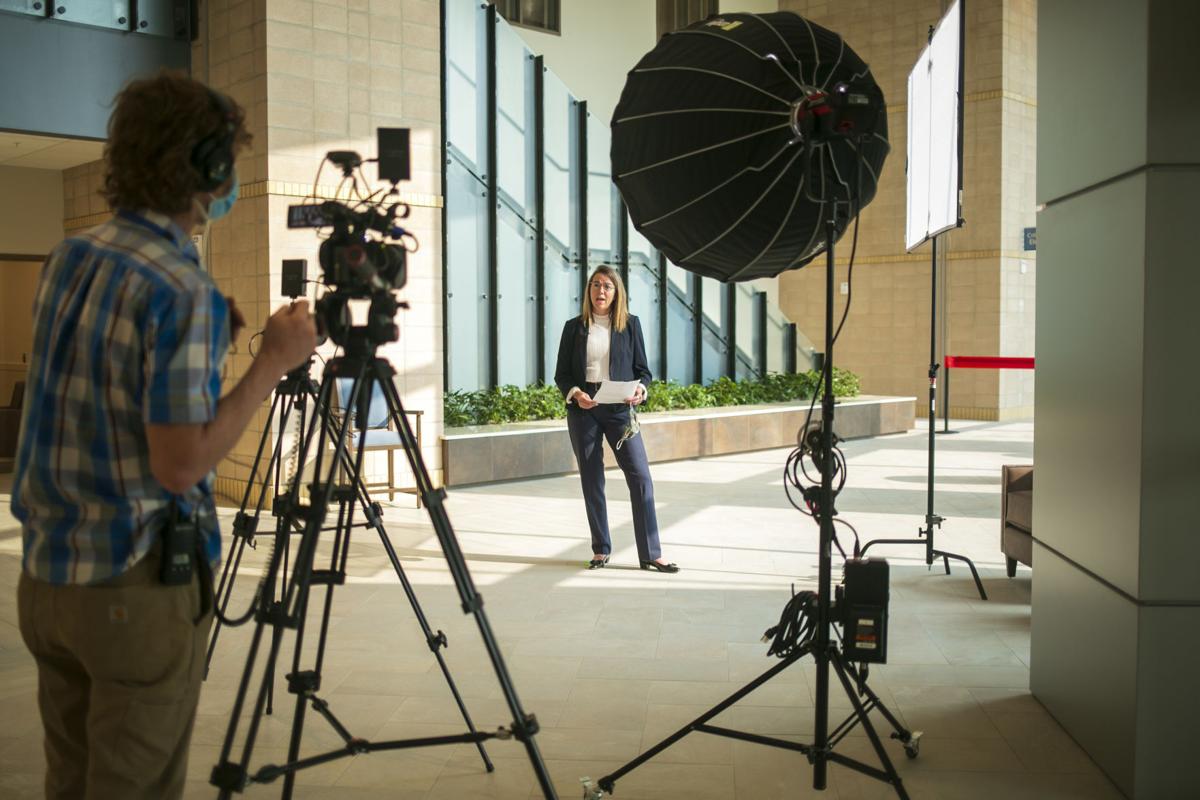 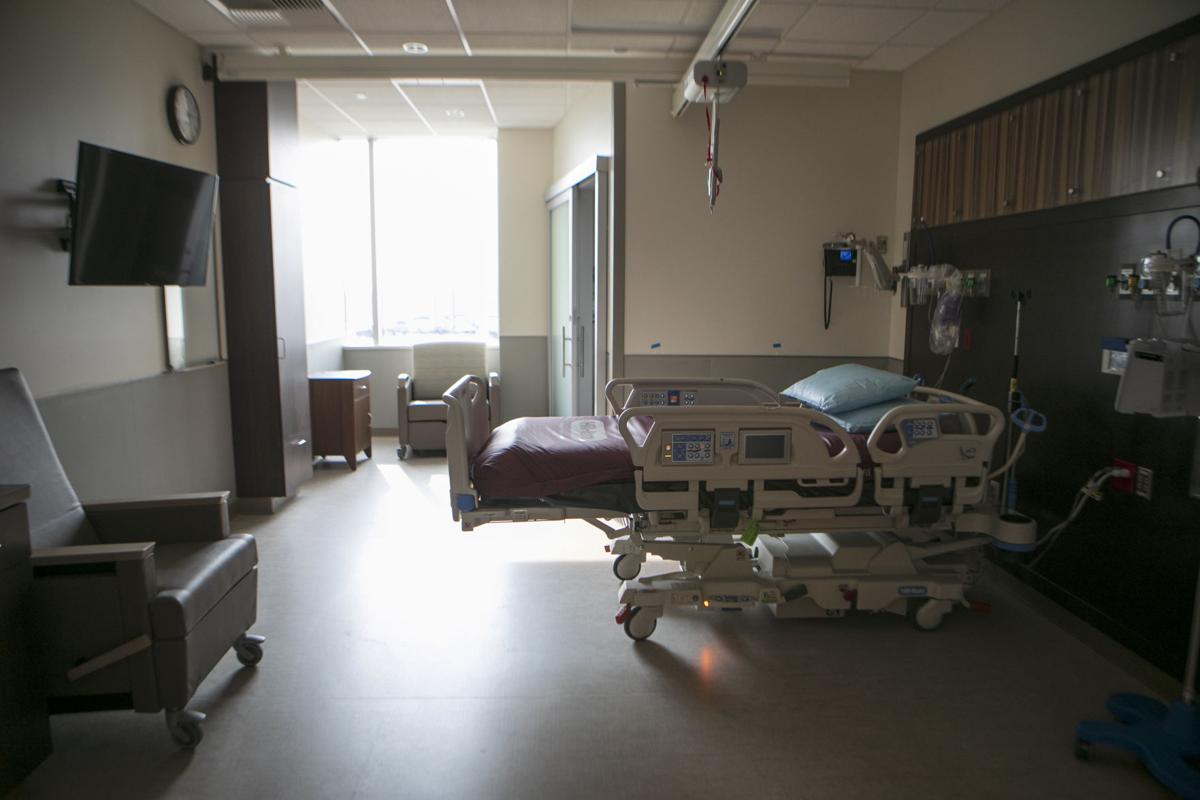 One of twenty new rooms in the Critical Care Unit at Deaconess Hospital is prepared to host patients as early as this week, Monday, Sept. 14, 2020. 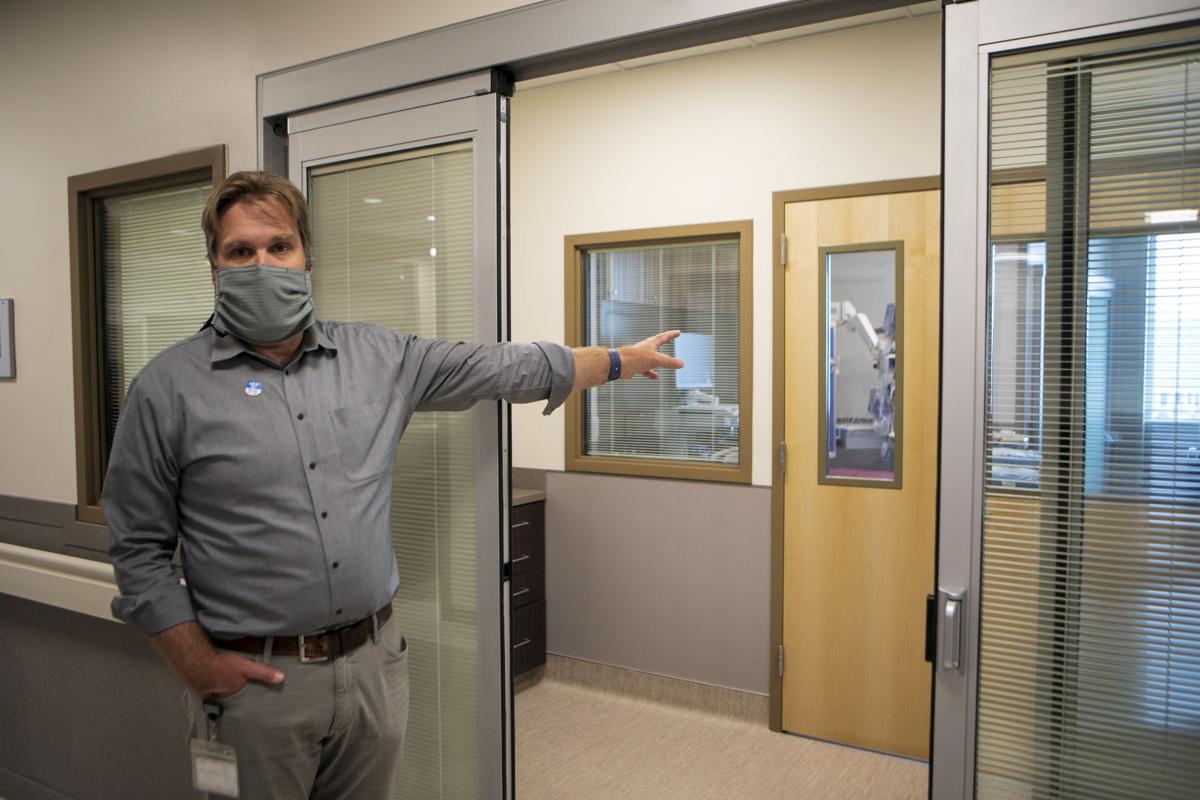 Doctor Andrew Sullivan shows a new room at Deaconess Hospital’s Critical Care Unit, Monday, Sept. 14, 2020. Eight rooms are negative pressure and three of those have anti rooms, which are both methods used to contain diseases like COVID-19. 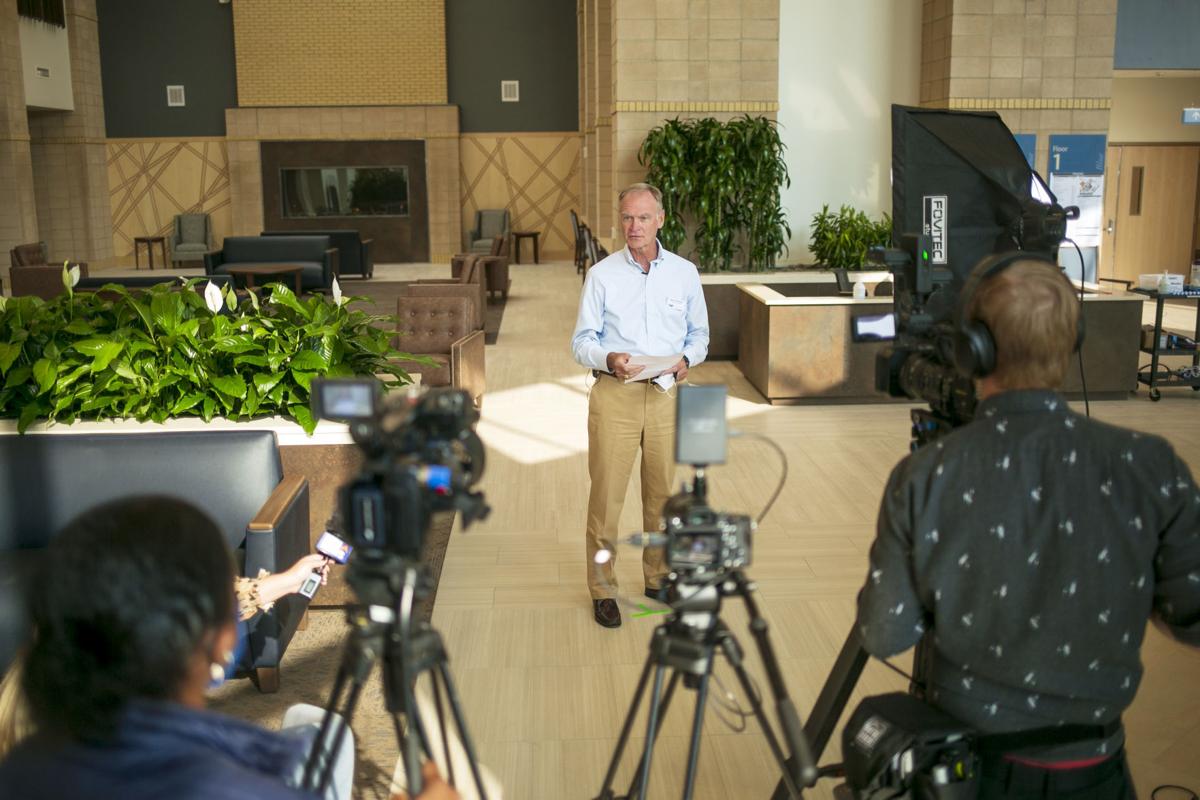 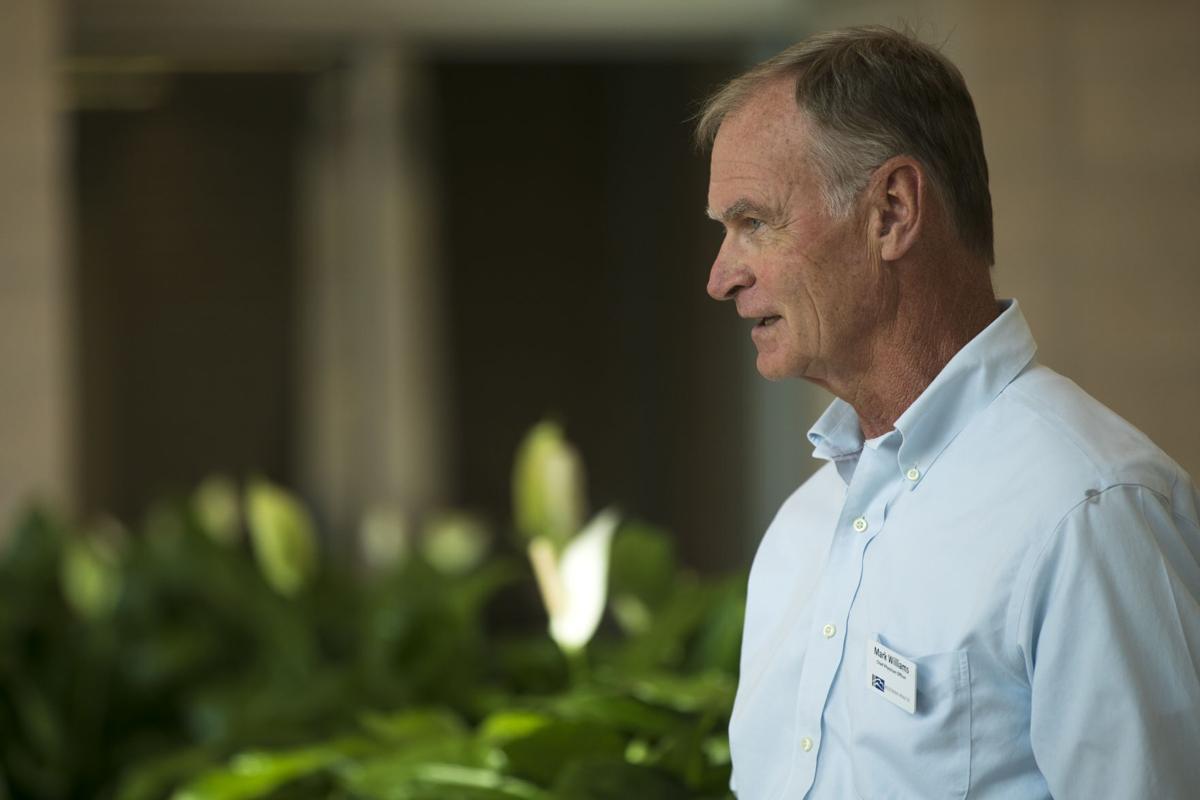 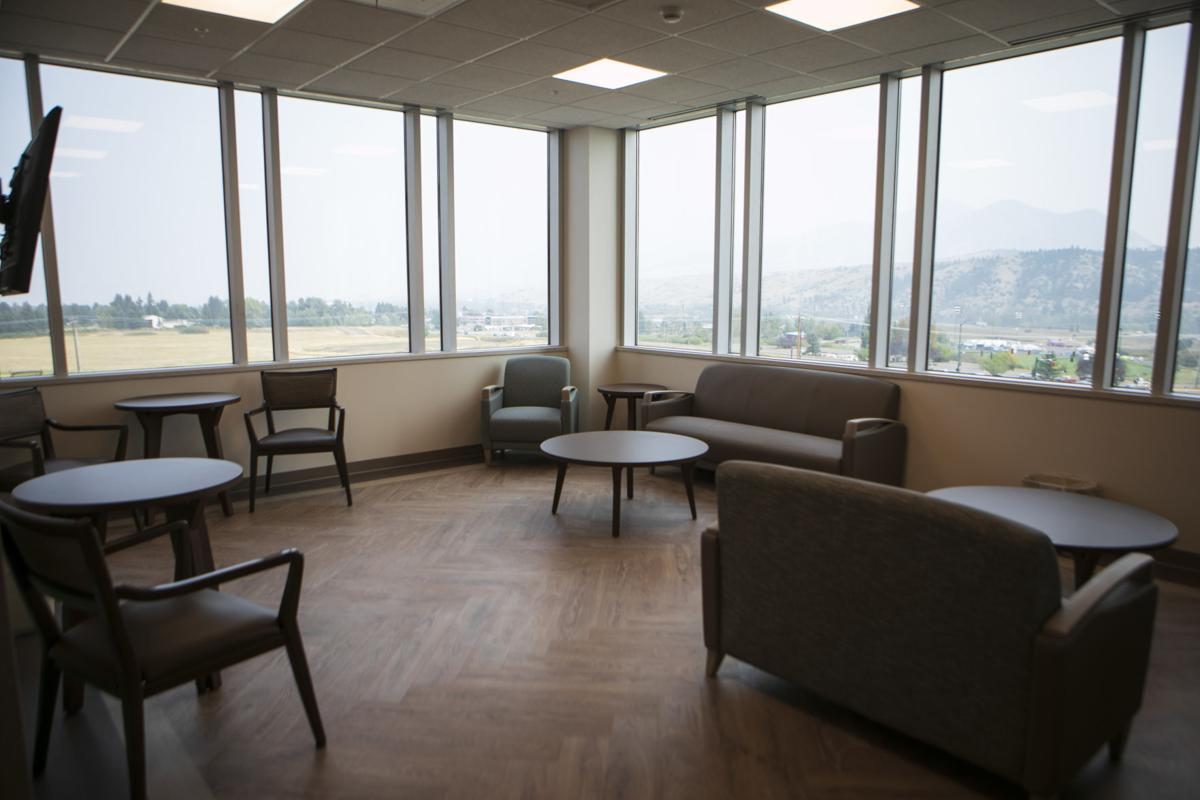 One of twenty new rooms in the Critical Care Unit at Deaconess Hospital is prepared to host patients as early as this week, Monday, Sept. 14, 2020.

Doctor Andrew Sullivan shows a new room at Deaconess Hospital’s Critical Care Unit, Monday, Sept. 14, 2020. Eight rooms are negative pressure and three of those have anti rooms, which are both methods used to contain diseases like COVID-19.

“This critical care tower started as a dream by members of our care team, and this dream could not have been realized alone without the support of our great community,” said John Hill, the president and CEO of Bozeman Health.

In a livestreamed celebration, Bozeman Health doctors and nurses spoke of how exciting it was to now have the new center open.

Hill said that the fundraiser started two years ago had raised $18 million — more than the goal of $15 million. Lauren Brendel, a Bozeman Health spokesperson, said the remaining money went toward other Bozeman Health priorities, like expanding the Big Sky Medical Center and working toward getting more cancer treatment equipment.

Brendel said the hospital expects to welcome its first patients into the center sometime this week.

Critical Care Unit manager Val Reddick said her nursing staff is “so excited” to be able to work in the new rooms, which are exponentially larger than the eight existing ICU rooms at Bozeman Deaconess Health.

Of the 20 new rooms, 12 have a “boom,” which is essentially a large piece of equipment rigged to the ceiling that holds medical equipment often used in intensive and progressive care units.

In addition to being convenient, those booms also mean that there’s less equipment that could get in the way of a health care worker and a patient.

The remaining eight rooms have headwalls, which hold the same equipment as a boom but all against a wall at the head of the patient’s bed.

“It makes it a safer environment so we can take care of them,” Reddick said during a tour of one of the new boom-equipped rooms. “Everything about this room is state of the art.”

Andrew Sullivan, medical director of Bozeman Health Deaconess’ ICU, said eight of the 20 new rooms are isolation-ready for patients who have any kind of infectious disease, including COVID-19. Three isolation-ready rooms have anterooms, which are sealed-off pre-entry areas for health care workers to wash their hands and put on or take off any necessary protective equipment without risking sending airborne particles into the hallway and other patient’s rooms.

The new wing was designed pre-pandemic and was originally only going to have the three isolation rooms with anterooms, Sullivan said. But as the threat of COVID became clear, Bozeman Health pivoted to make five additional rooms meet the OSHA certifications for an isolation room.

Sullivan also said the consultation room, an area for families and doctors to have hard or emotional conversations in a more private way, was an important addition.

“It was a priority for us to have a good, dedicated space to do that in,” he said.

Also included in the new patient care tower are four new nurse’s stations, a team room for in-services and daily meetings and a family waiting room and lounge area.

This story has been updated to correct Reddick's title.