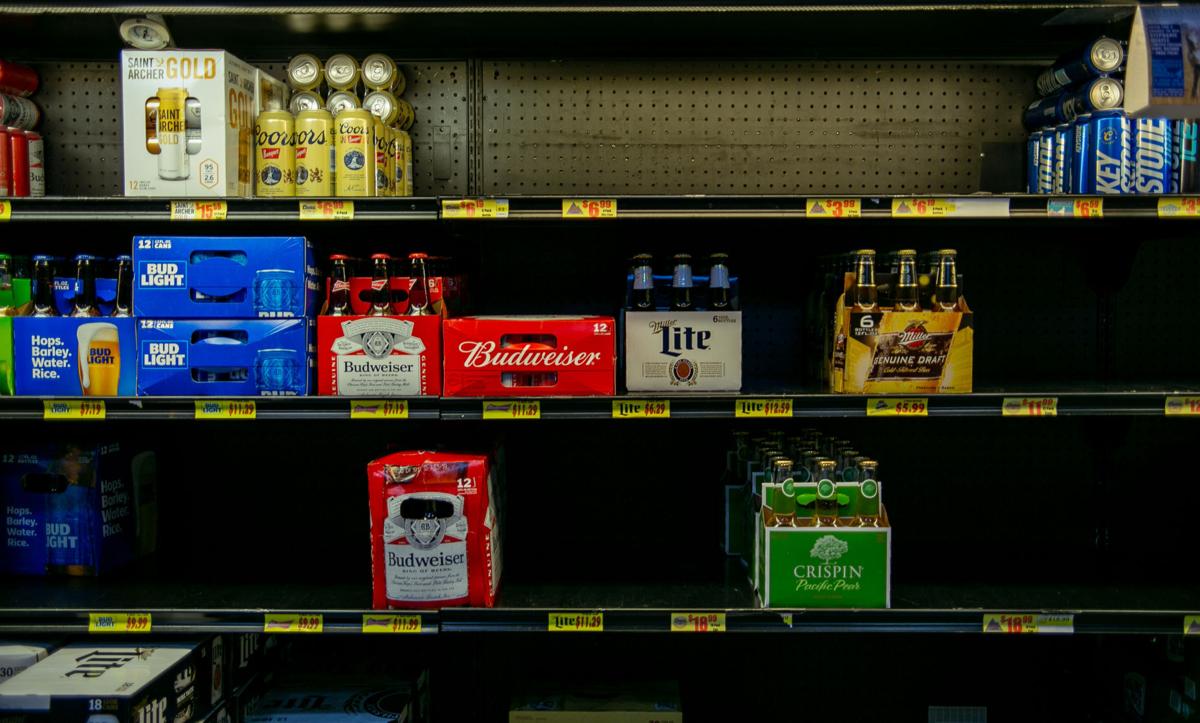 Stores, like Town & Country in Bozeman, have been seeing a stock shortage of beers due to an aluminum shortage. Also, Brewbound reported that more people are buying beers and drinking at home instead of the bars, which is also contributing to the shortage. 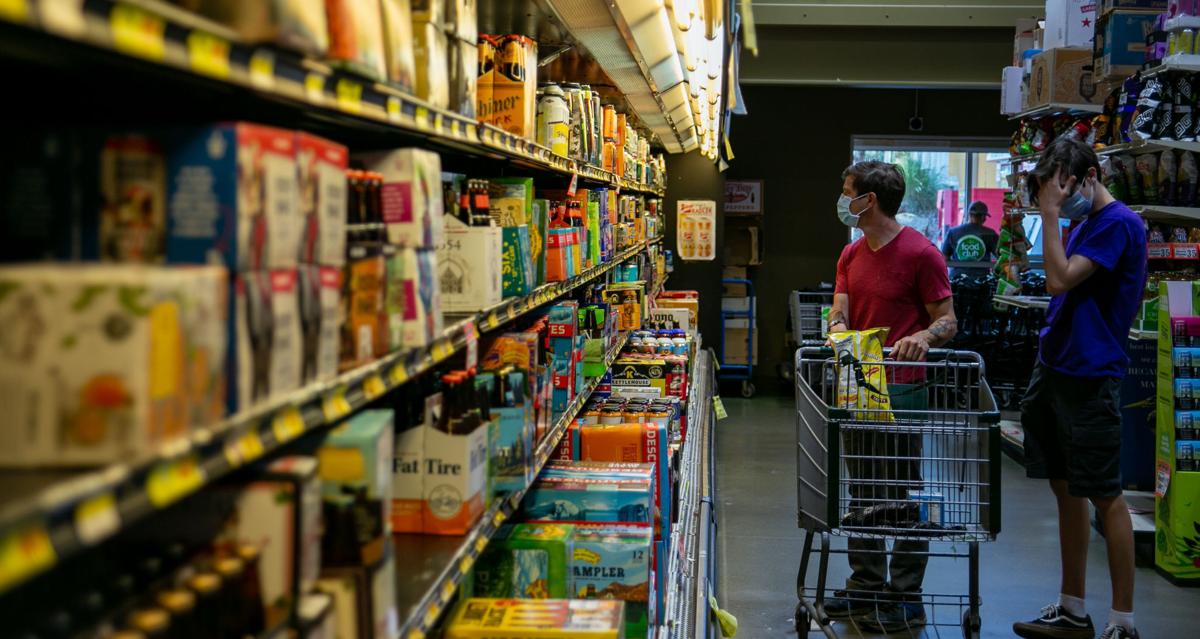 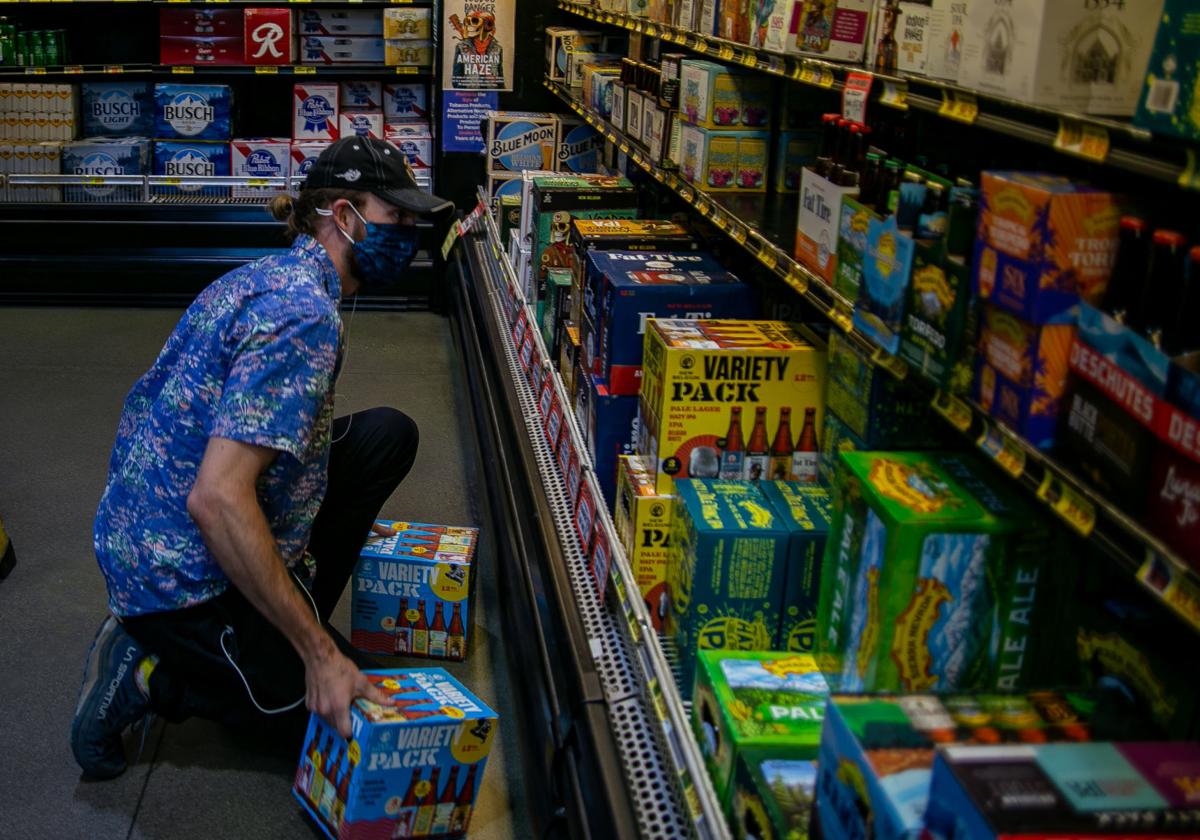 Duncan Jacobsen stocks the Town and Country shelves with beer on Thursday, July 30, 2020.

Stores, like Town & Country in Bozeman, have been seeing a stock shortage of beers due to an aluminum shortage. Also, Brewbound reported that more people are buying beers and drinking at home instead of the bars, which is also contributing to the shortage.

Duncan Jacobsen stocks the Town and Country shelves with beer on Thursday, July 30, 2020.

Bozeman grocery stores are starting to see a shortage of beer and soda and expect that trend to continue amid a “serious aluminum can shortage.”

Rosauers, Heebs Grocery and Town and Country officials all said they’ve seen a significant decrease in beer and soda products coming to their stores in recent weeks. They’re hearing from distributors that it’s likely going to get worst because of a nationwide aluminum shortage manufacturers are facing.

More people are buying beer from grocery stores and drinking at home rather than at bars or restaurants because of the coronavirus pandemic, according to a report by Brewbound. The report said that shift has caused a shortage of aluminum cans to fill with alcoholic and non-alcoholic libations.

Mitch Bradley, owner of Heebs Grocery, said he started noticing the shortage about a month ago and that the store’s beer cooler now is about one-third filled. He said a local beer distributor told him a couple months ago about the situation.

“They forewarned me and said there’s a serious aluminum can shortage right now,” Bradley said. “And they were starting to see some significant out of stocks and they said it was going to get worst. And they were exactly right.”

He said it’s distressing to see empty cooler aisles, noting that he wants stocked shelves “brimming” with options, “and, unfortunately, right now, we can’t do that because of the situation we got.”

Bradley said no one has been able to say how long the shortage would last.

“This is certainly something I’ve learned with this pandemic, is you just could never count on anything being consistent,” he said. “You just have to work with what you got.”

Chris Hurlbut, manager at Rosauers, said the grocery store is getting shorted on beer and soda every load, everyday. He said it’s anything in an aluminum can and that there isn’t a clear timeline of how long it’ll last.

Hurlbut said distribution companies warned him that they would run into the issue sometime in March.

“We probably saw issues about a month ago,” Hurlbut said, referring to when he started noticing the shortages.

Travis Frandsen, Town and Country Foods president, said his stores are seeing a shortage of varieties in sodas and beers, but that products continue coming in. Over the last week or two, he said, he’s heard from vendors that the stores might not get some of the canned products it typically receives.

They also told him weekly and daily promotions would likely halt.

“Some of them pulled (promotions) just to help, at least, slow down some of the canned goods so that they wouldn’t run out of it,” Frandsen said.

He said he’s in a similar situation as Bradley, where his store is getting more of the “core products” from beer and soda companies and less of the spin-off flavors. If the store stops getting those products, Frandsen said, there’ll likely be no other distributor to get them from.

“Not normally in that type of deal because that’s a supply issue,” he said. “They’ll all be affected by that.”

Frandsen said there’s a possibility manufacturers could transition to glass or plastic bottles because venders say they can still find those materials.

Vendors could typically tell Frandsen how long they’d be dealing with an issue before its resolved. He hasn’t heard a timeline for the aluminum can shortage.

“So I don’t know what the long-term hit is going to be,” Frandsen said. “If this is something that could take months or longer.”