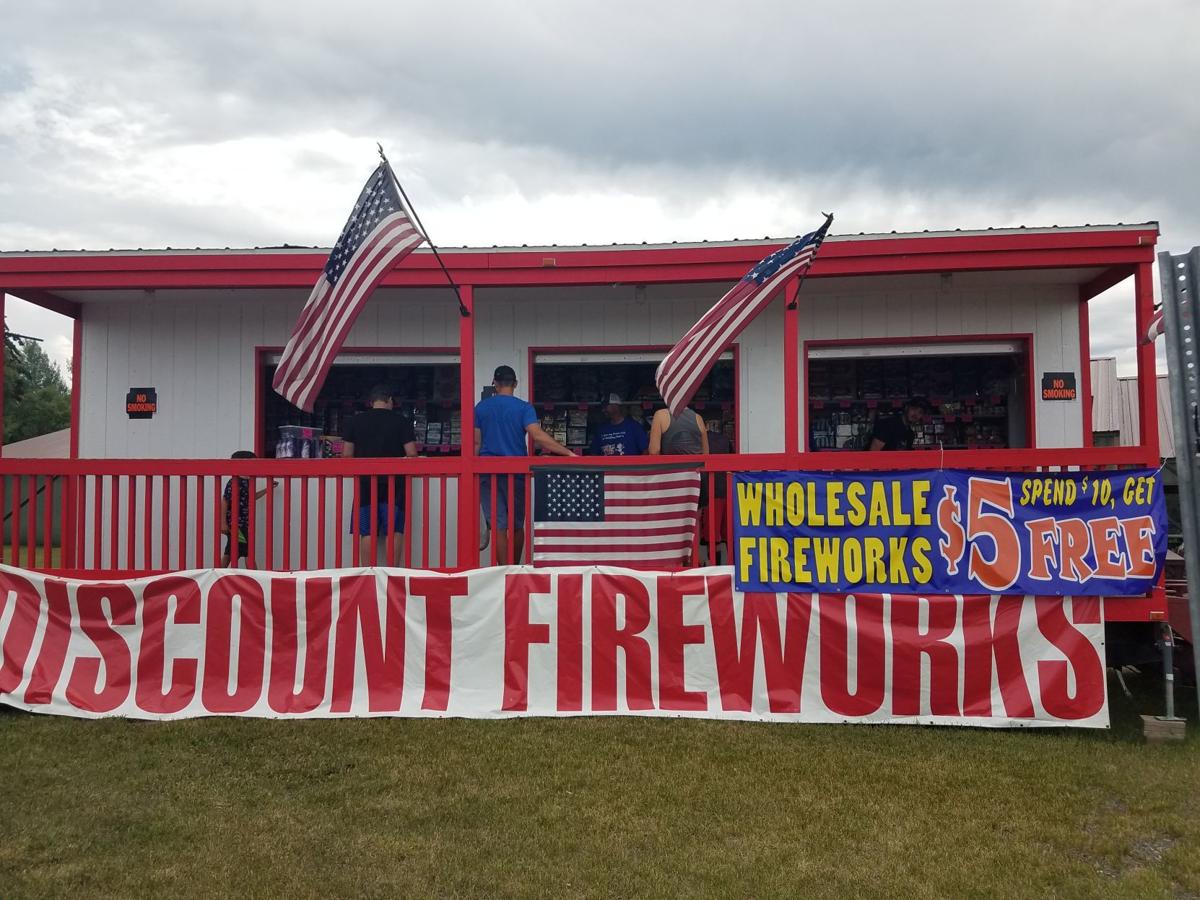 Customers scan the Discount Fireworks stand off Jackrabbit Lane on Saturday, June 27. Business at the stand has been good, according to Jeff Bellach, who started working there this summer. 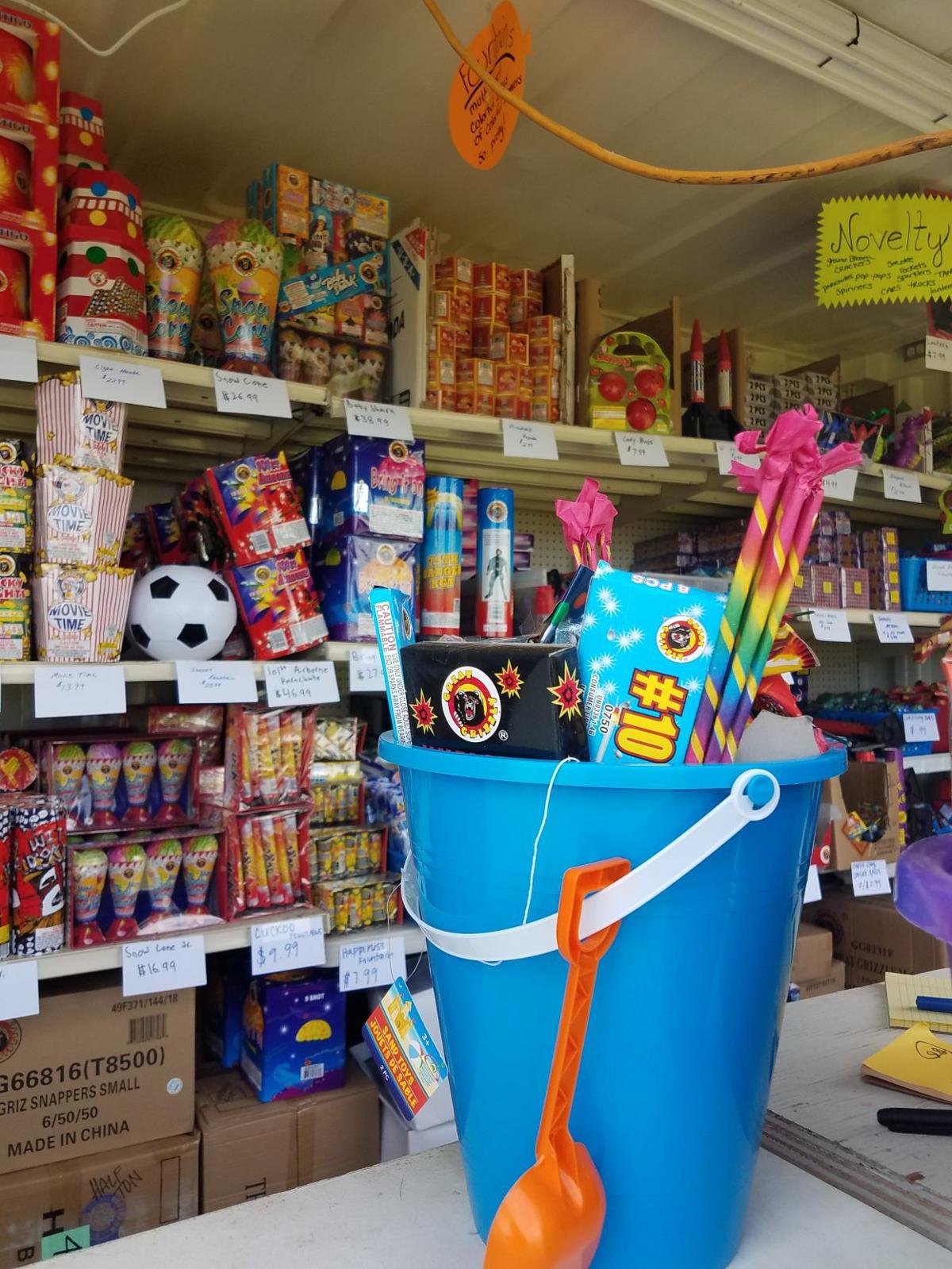 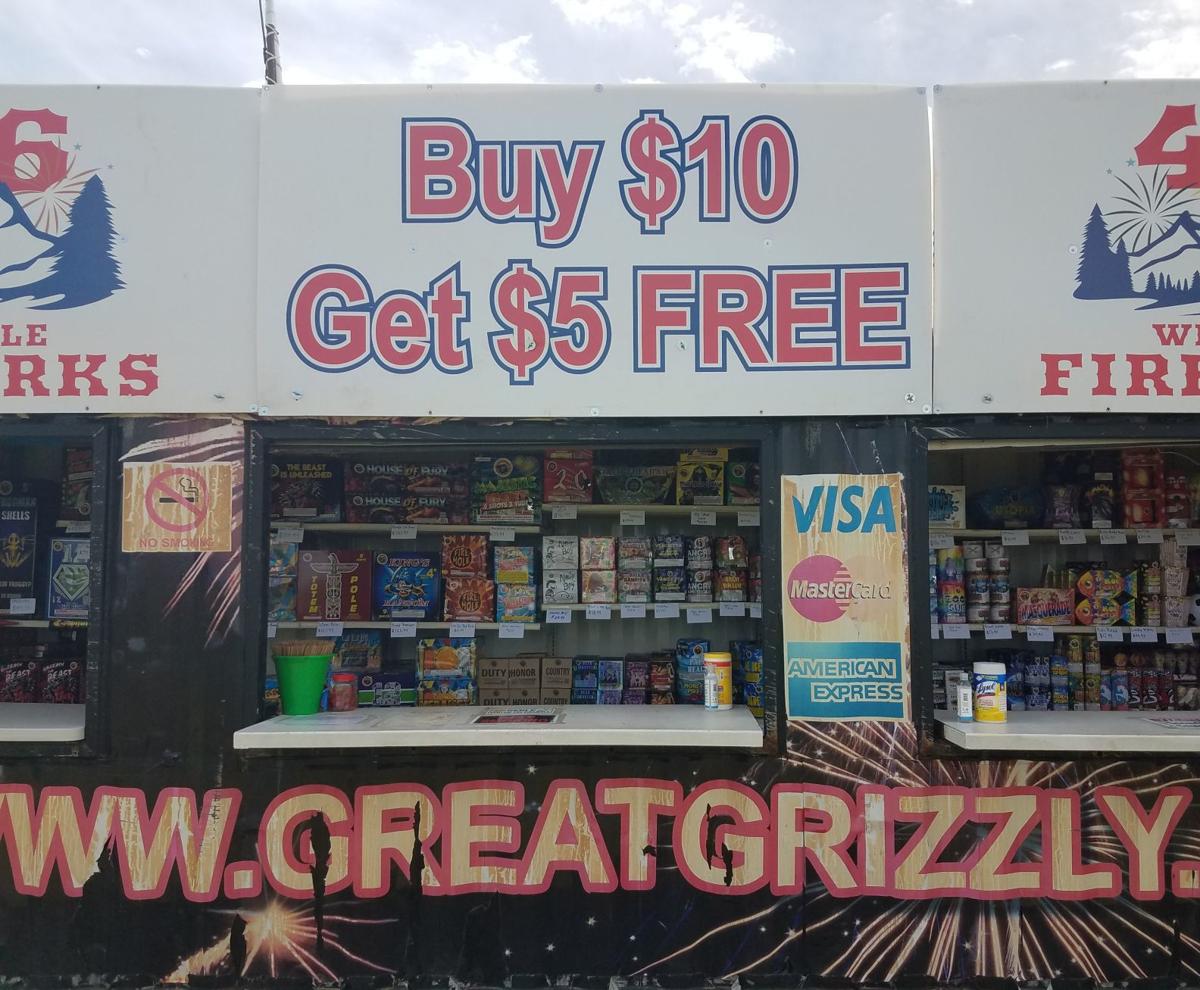 Customers scan the Discount Fireworks stand off Jackrabbit Lane on Saturday, June 27. Business at the stand has been good, according to Jeff Bellach, who started working there this summer.

Sales are up at many fireworks stands around Bozeman as the Gallatin Valley gears up for Fourth of July festivities.

“People are excited to do home parties and shoot off fireworks,” said Mike Roullier, who runs 406 Wholesale Fireworks off Huffine Lane. “Fourth of July is a great time for Montanans.”

Roullier said during the first four days his stand has been open, sales have been higher than they have at this time in past seasons. Based on conversations he’s had with customers, he thinks this is for three reasons.

People have been feeling cooped up during the COVID-19 pandemic, so they’re looking for ways to celebrate, he said. In addition, this Fourth of July falls on a Saturday, and all the big shows nearby are shut down.

“You put all this together, and it means there are more home shows,” he said.

At 406 Wholesale Fireworks, people have been buying “everything across the board,” from mortars to artillery shells. American Patriot aerial multi-shot fireworks have been particularly popular, Roullier said.

Business this year has been better earlier, but July 3 and 4 typically make the whole season, according to Roullier. He plans to set up markers for social distancing as more people stop by. To limit the chances of spreading COVID-19, Roullier encourages people to buy their fireworks earlier rather than later.

“Every year people say this is their favorite holiday,” he said. “Some people spend more than they do on Christmas.”

It’s been a similar story for Wayne Fitzpatrick, who runs a TNT Fireworks stand off Jackrabbit Lane with his family.

According to Fitzpatrick, he’s been selling more fireworks at the onset than in past years, especially considering 75% to 80% of the sales typically occur on July 2, 3 and 4. He suspects this is because people have been stuck inside during quarantine, and they’re “ready to get outside and enjoy the holiday.”

Like Roullier, Fitzpatrick also thinks people are stocking up for home shows amid larger show cancellations.

The Festival of the Fourth in Bozeman, the Livingston Roundup Rodeo and parade, the Big Sky Fourth of July celebration, the Ennis Fourth of July parade and the Virginia City July Fourth Fireworks Extravaganza are all canceled this year. All these events, apart from the Festival of the Fourth, were canceled to prevent the spread of the novel coronavirus.

Fitzpatrick said he thinks unrest within the nation might be contributing to people wanting to buy more fireworks. “Independence Day is a day we can come together to celebrate our country,” he said.

Multi-shot aerials of various sizes, reloadable artillery shells and smaller items for kids have been some of the most popular items at Fitzpatrick’s stand. He loves that the stand is family friendly and gives his family an opportunity to work together.

Alanna Russell, who works at another TNT Fireworks stand off Huffine Lane, said business has been slow over the past few days. She said this could be because of COVID-19, or because the stand’s location is new this year.

This is the ninth year Russell has worked selling fireworks, but it’s the first time she’s been selling them at the new location. The other location is closer to Four Corners, and it’s been much busier, she said.

At a Crazy Peak Fireworks stand off Huffine, business has also been slow, according to Kim Ramsey, who is in her second year working at the stand. She suspects this could because the stand just opened on Wednesday, so sales could pick up this week.

At a Discount Fireworks stand off Jackrabbit Lane, business has been good, said Jeff Bellach, a Manhattan Christian teacher and basketball coach.

Bellach said it’s his first year working at the stand, but based on what he’s heard about previous years, sales are better than usual.

Since he’s generally busy with camps and tournaments, working the stand has been a break and an opportunity to earn some extra income, Bellach said. “It’s a good thing for me and my kids.”

Bellach guessed more people were stopping by the stand for a number of reasons. Since there has been more rain, people might be less concerned about wildfires. There are also a lot more people in the valley in general, he said.

“People want to relax a little bit and celebrate the freedoms we have,” he said.