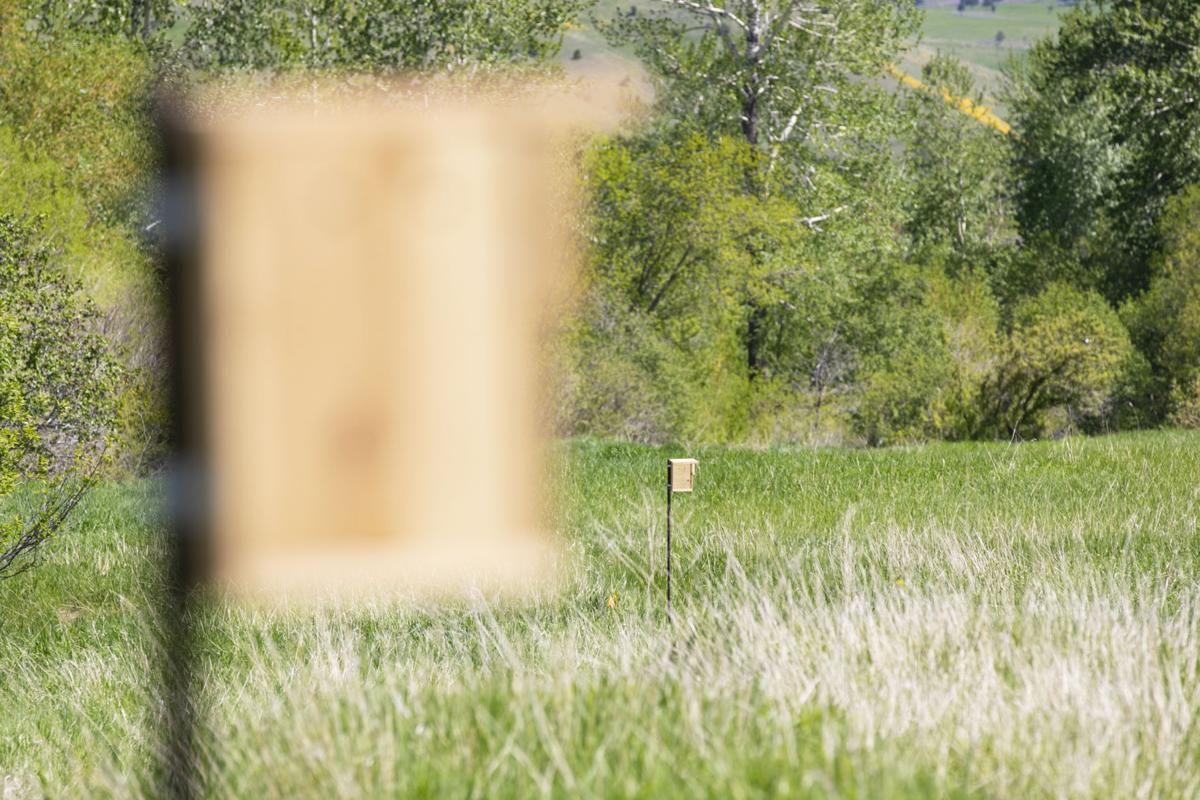 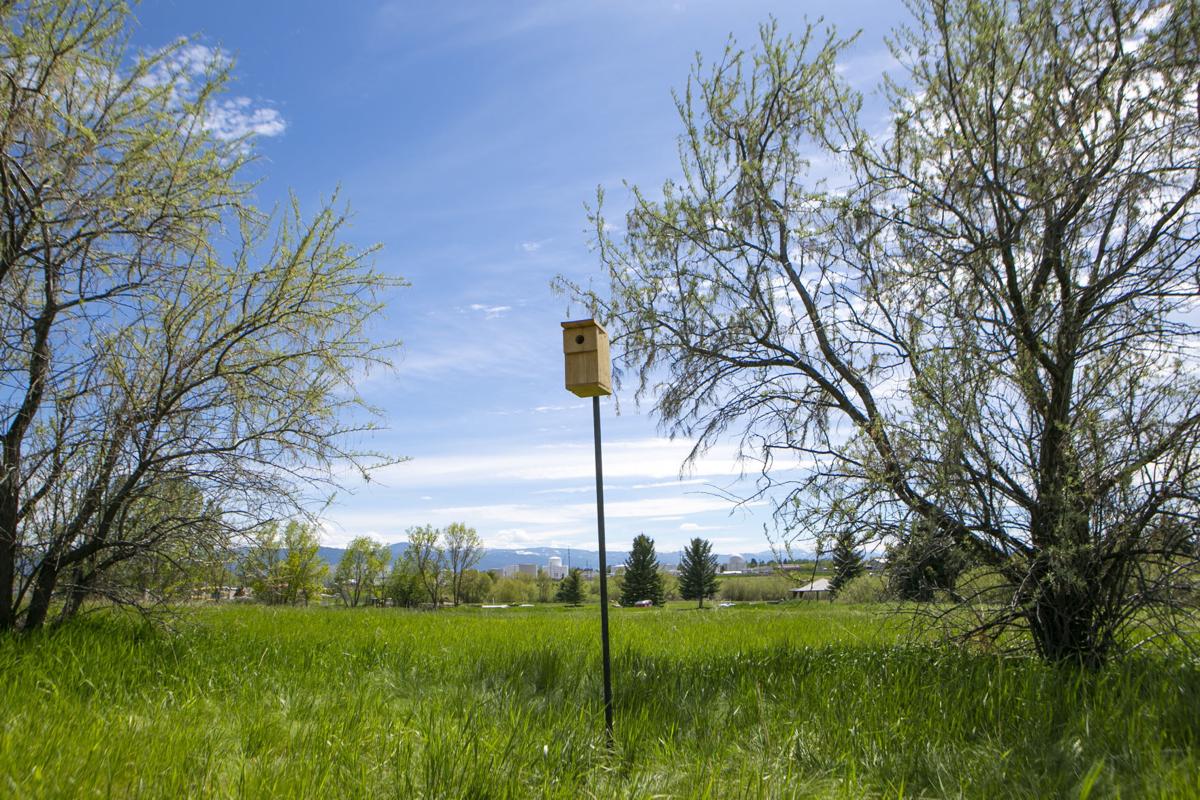 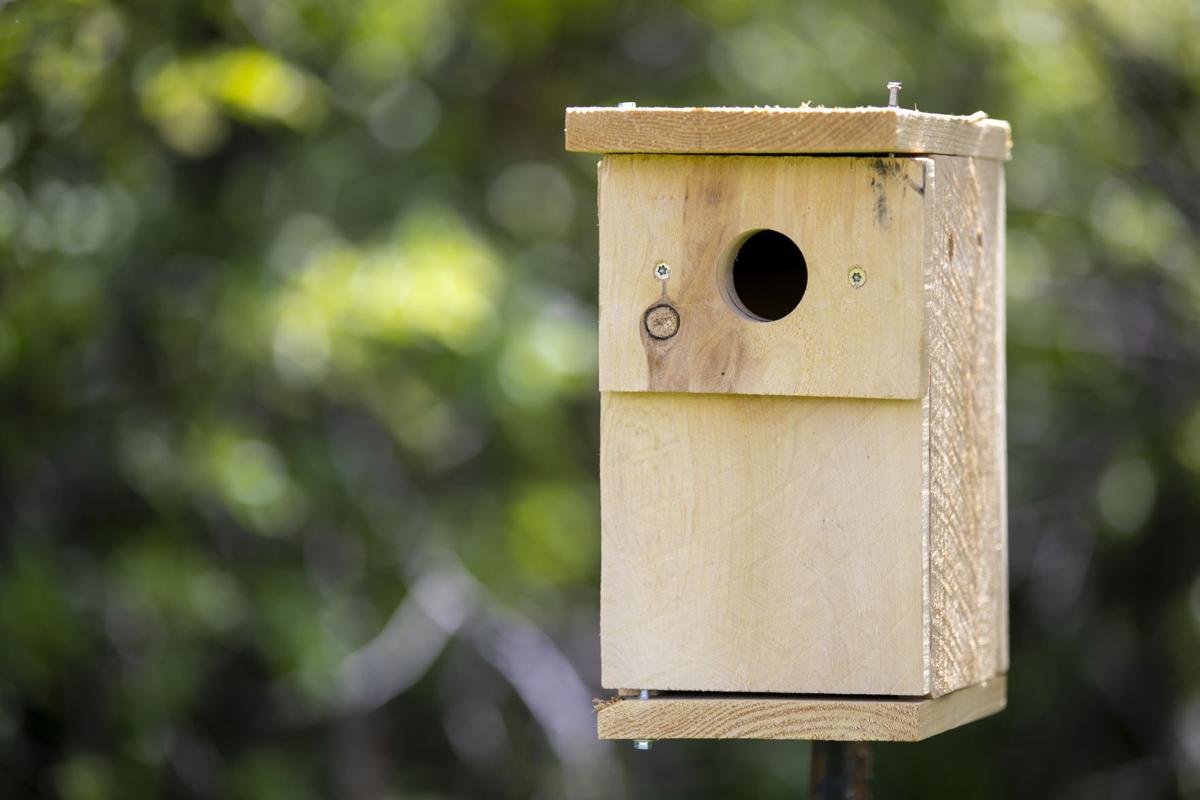 A new bird box is nestled in the trees at Glen Lake Rotary Park Thursday, May 28, 2020, in Bozeman.

A new bird box is nestled in the trees at Glen Lake Rotary Park Thursday, May 28, 2020, in Bozeman.

A minute’s walk up the East Gallatin Recreation Area Trail from Glen Lake Rotary Park, tree swallows circle above brown wooden boxes on metal posts, dipping their heads in and out of the small holes in each box.

Of the 14 tree swallow nest boxes Boy Scouts set up near the park about two weeks ago, swallows have already nested in three, said Wesly Howard, who is leading Eagle Scout Troop 679’s project.

Howard, 15, is a freshman at Bozeman High School. He and his troop have been working with the Sacajawea Audubon Society and Bozeman Parks and Recreation to build and install nest boxes around town. Now that Howard and the other Eagle Scouts in his troop have built and installed boxes at one park, they’re planning to set up six more at Story Mill Community Park.

Tree swallow populations declined almost 50% between 1966 and 2014, according to data from the North American Breeding Bird Survey. Researchers attribute this decline to multiple factors, one of which is a lack of nesting sites for birds.

Tree swallows typically nest in abandoned tree cavities, which naturally exist in dead or dying trees and trees where woodpeckers have nested. These dead trees are often cleared, so many swallows depend on nest boxes to survive.

Howard said he’s always been interested in birds, as his grandfather is an avid birdwatcher and active member of the Audubon Society.

When the COVID-19 pandemic reached Montana, Howard thought he could help those stuck inside during quarantine by making bird box kits for people to build and install near their homes. The initial idea was to cut up box pieces into kits, then drop them off at doorsteps. But the idea morphed into Howard installing boxes around town himself.

Howard’s grandfather connected him with Lou Ann Harris, president of the Sacajawea Audubon Society. Howard first told Harris he wanted to build bluebird boxes but soon realized that would be logistically difficult.

Bluebirds prefer to nest in rural, open areas with more varied vegetation, so Howard would have had to go outside of city limits. The city parks department therefore wouldn’t have been able to support him, he said.

Enlisting Harris’ help, he scouted out suitable areas for boxes. Tree swallow nests do best in open fields, where they aren’t too close to bodies of water, trails, buildings, shrubs or trees.

Bozeman Parks and Recreation authorized Howard’s project, and he created a nest box prototype. Members of Howard’s troop helped him build the boxes, some of which are now scattered around the fields near Glen Lake Rotary Park.

The troop is in charge of monitoring and maintaining the boxes, which likely will involve chasing out house sparrows and tightening screws, Howard said. Non-native house sparrows often kill tree swallows and other native birds by invading their nesting sites.

Howard said the swallows will help people by keeping mosquito populations down. The birds can eat thousands of insects each day.

He doesn’t know exactly when his troop will set up the remaining six boxes at Story Mill Community Park, but he thinks they will within a week or two.

Harris said the project is a win-win for the birds and humans.

“By providing nest boxes, we’re helping (the birds’) population,” she said. “People will enjoy seeing them flying in and out of the boxes.”