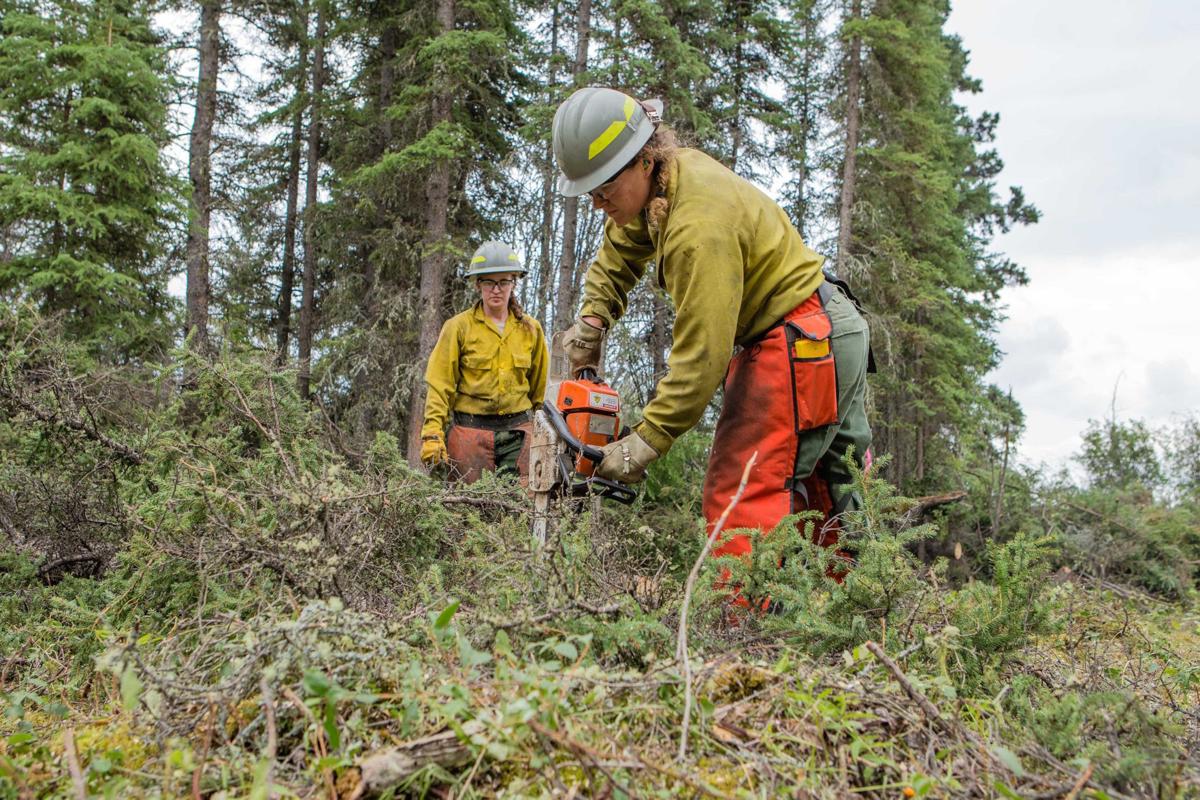 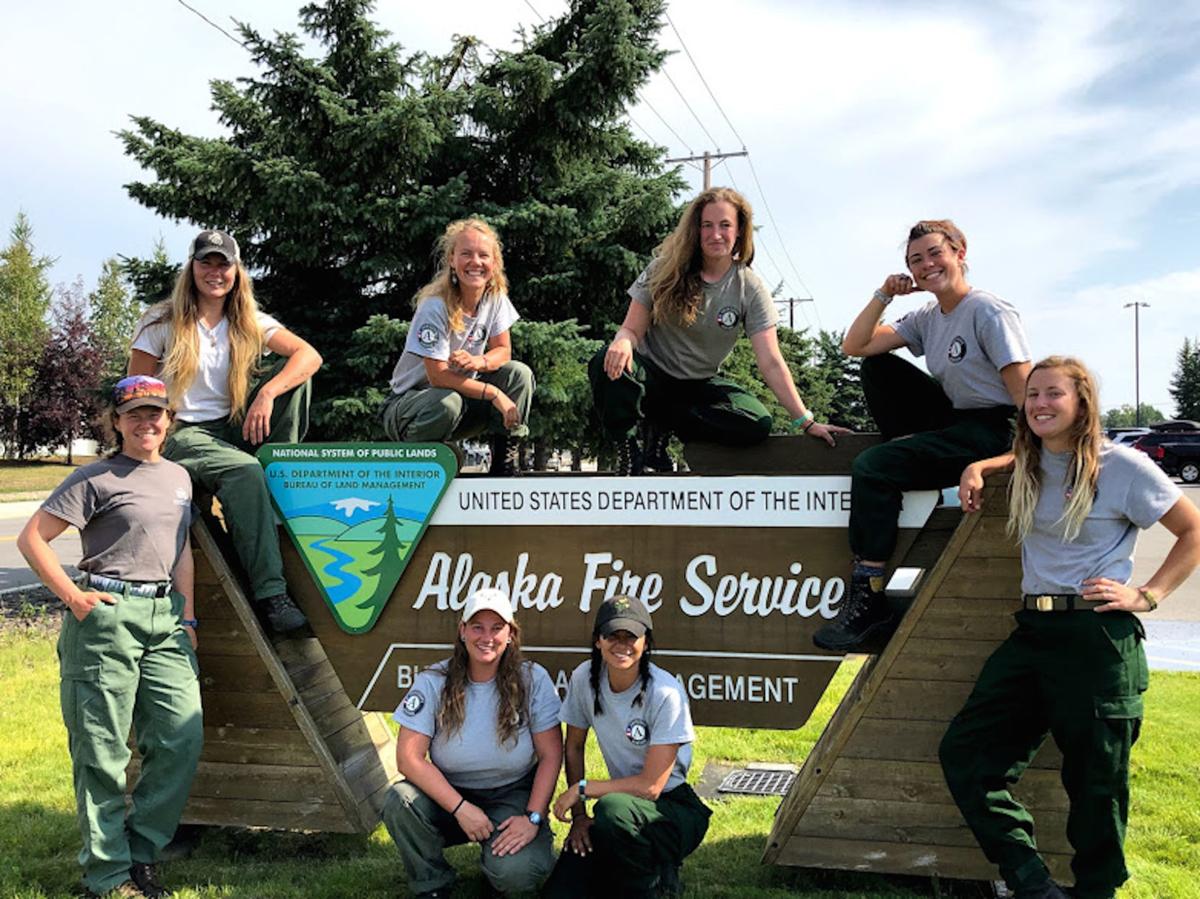 The eight members of the All Women's Fire Crew pose for a photo. 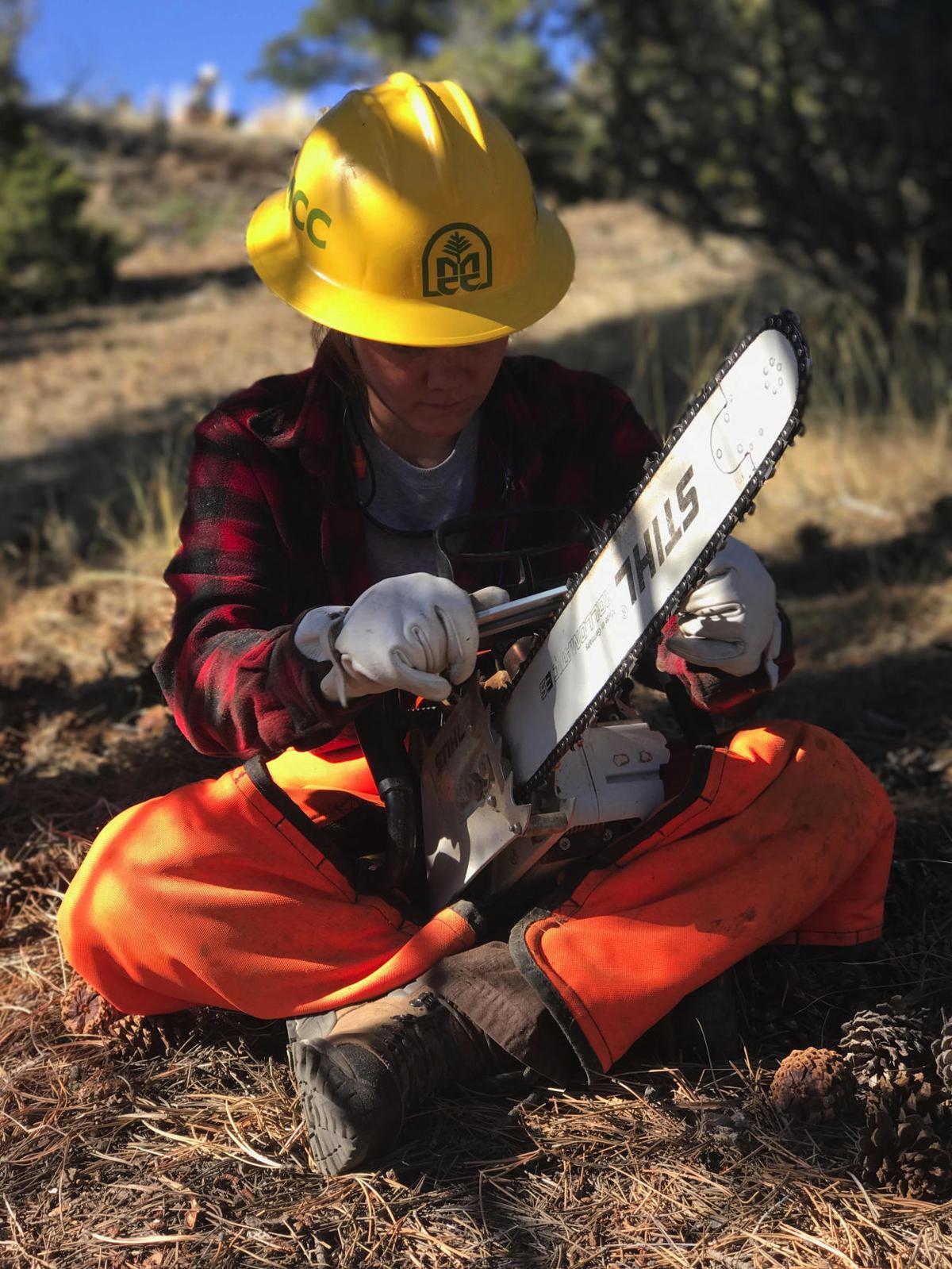 The All Women’s Fire Crew program was created by the Montana Conservation Corps and the Bureau of Land Management in Wyoming in response to the low number of women in wildland firefighting.

The eight members of the All Women's Fire Crew pose for a photo.

The All Women’s Fire Crew program was created by the Montana Conservation Corps and the Bureau of Land Management in Wyoming in response to the low number of women in wildland firefighting.

When Bequi Livingston was in high school in El Paso, Texas, she thought being a firefighter sounded like an interesting job.

It was the early 1970s, and she was strongly advised against it.

“I had a bunch of people try to talk me out of it. They said it was too dangerous, that I was too small, that I was a woman. So, of course, that made me want to do it more,” Livingston said.

She went to college on athletic scholarships for gymnastics and track, putting aside that goal. A few years later in 1979, she saw an advertisement for a wildland firefighting position with the Young Adult Conservation Corps.

Livingston had spent summers in the outdoors as a kid and was an elite athlete, so she knew she was physically fit enough for the demands of firefighting. So she took the plunge, got the job and spent the remainder of her career fighting fires or in fire management.

In 1988, Livingston was one of the first females hired on to the Smokey Bear Hotshot Crew, an elite firefighting team formed in New Mexico in 1976. She later worked a wide variety of jobs, from helitack to fire engines, and retired last year as a regional fire operation health and safety specialist in New Mexico.

Livingston worked the historic Yellowstone National Park fires in 1988 and the Yarnell Hill Fire in 2013.

She wasn’t always treated the same as her male counterparts. When she was younger, men on her crew would ask why she wasn’t home taking care of her four children.

“It never bothered me. I’d just let it roll off my back. I’d say, ‘This is my job, I’m a wildland firefighter,’” Livingston said.

Livingston, now retired and living in New Mexico, said that although she’s seen a huge improvement in inclusivity in wildland firefighting since then, it still needs some work.

In partnership with the Bureau of Land Management in Wyoming, and with grant money from outdoor retailer REI, Montana Conservation Corps created an all-female training program in 2017 to address gender disparity in wildland firefighting.

The program was created at a time when there still aren’t that many female firefighters. The National Fire Protection Association reported in 2017 that women make up only 7% of U.S. fire departments. The U.S. Forest Service reports that women make up about 14% of its fire management employees just this year, including both seasonal and permanent positions.

The All Women’s Fire Crew, based out of Bozeman, had its longest season yet in 2019, beginning in May and lasting through October. The crew spent three weeks fighting fires in Alaska this summer, which had more than 200 active blazes. The eight crew members traveled by plane, helicopter and boat to get to the Hadweenzic River Fire in the eastern part of the state. They were able to put their training to good use.

Tess Jarden, 21, is a crew member originally from North Carolina. She said in an email that fighting fires in Alaska was a life changing experience.

“The work was definitely challenging at times, but every day was full of opportunities to learn and push myself,” Jarden said.

The women started training in May in Wyoming, and some of that mirrored what any rookie firefighter would learn. They earn chainsaw certification, learn about wildland fire behavior and have to take the pack test — hiking 3 miles with a 45 pound pack in 45 minutes.

The program goes a step further to teach about different kinds of crew work — like on fire engines or hazardous fuel management — to give participants an idea of what potential jobs could be like.

Chris Nesset, the Montana Conservation Corps regional director for the Greater Yellowstone Area, coordinates the All Women’s Fire Crew program. She said the program aims to give women a leg up so that they feel prepared and confident when applying for wildland firefighting jobs.

Nesset said it’s important for more women to participate in firefighting so that crews reflect the communities they’re helping.

“With the increase in diversity, you get a better skill set, different ways of thinking and more buy in,” Nesset said.

The program has been popular.

Nesset said the conservation corps received four applications for each available spot on Women’s Fire Crew this year. She said it’s not necessary for the women to have previous experience in fire or conservation work. The corps is looking for individuals who have leadership skills and want to be team players.

Nesset said the program has had a high retention rate with around 70% of participants applying for jobs in fire management with the U.S. Forest Service or BLM after completing the program. She said many of those who didn’t go into fire management found jobs in conservation.

Holly Black, 27, was the crew’s leader last year. She works now as the youth program coordinator for Montana Conservation Corps in Bozeman.

Black said she was drawn to the program because she liked the idea of training for a male-dominated profession with other women. The first two weeks were intense with lots of physical training, she said.

“I think it caught people off guard. There was no easing into it,” Black said.

Ultimately, Black said she loved the program and gained confidence from it. She said she was able to explore a range of interests, and that the experience opened doors for her and her crew.

“It was super inspiring to be around these women who are breaking down boundaries and creating history,” Black said.

The Bureau of Land Management has been focused on adding more diverse staff for years now. Rance Neighbors is an assistant fire management officer for BLM in Wyoming and helped create Women’s Fire Crew with the conservation corps.

Neighbors said he hopes the design of the program helps women feel more welcome and comfortable to learn about firefighting and fire management.

Previous attempts have been made to diversify fire crews, but haven’t always been effective. California implemented an affirmative action initiative decades ago to employ more women and minorities as firefighters.

Livingston said she was offered a job during that period but turned it down. She said she wanted to be considered for her skills, not her gender.

Further, she felt that fire management agencies hired people who weren’t qualified or prepared for firefighting to fill quotas. That’s why programs that teach skills, like All Women’s Fire Crew, are important, she said. They empower women and give them confidence.

Livingston had her own workshop a few years ago similar to the conservation corps’ and another focused on mental and emotional health for first responders. She said it’s important to help firefighters not only improve their skills but learn to deal with their emotions. She said she hopes the culture continues to evolve.

“A big part of this has to be women believing in themselves,” Livingston said.