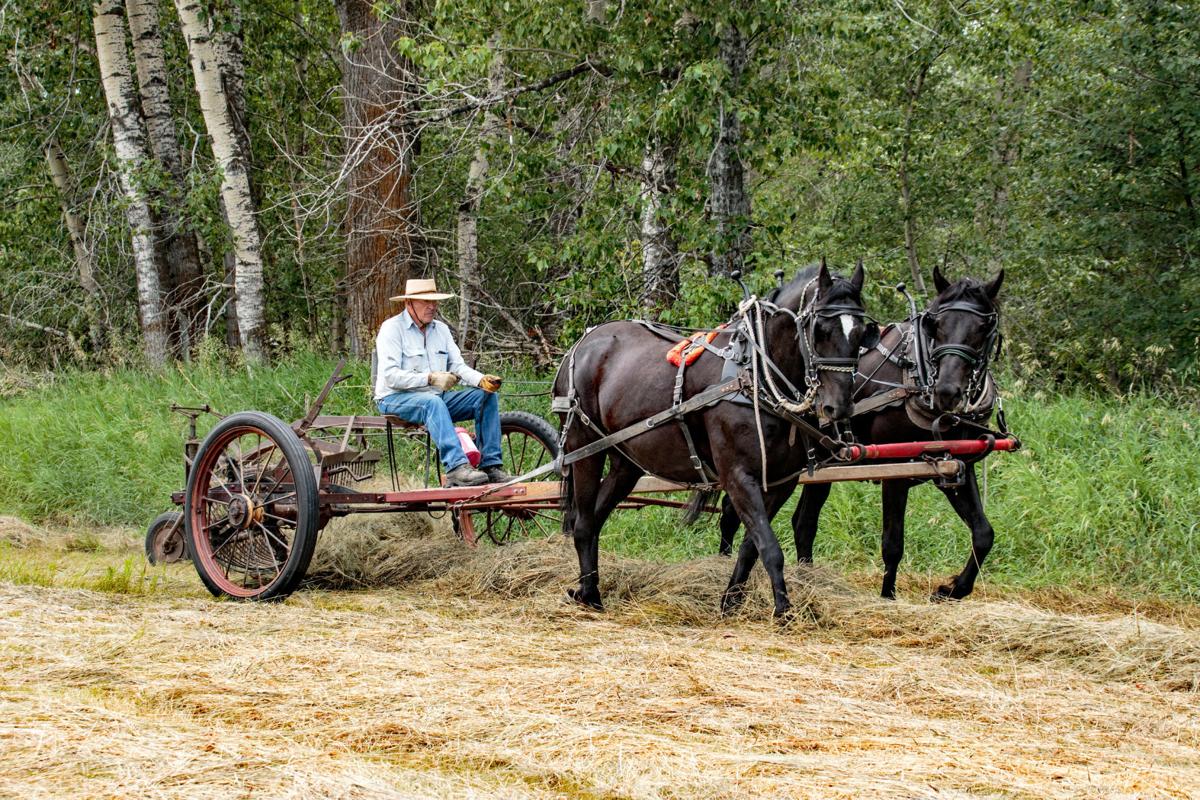 Nick McCoy, 83, cuts hay with his team of horses, Tuck and Sok. 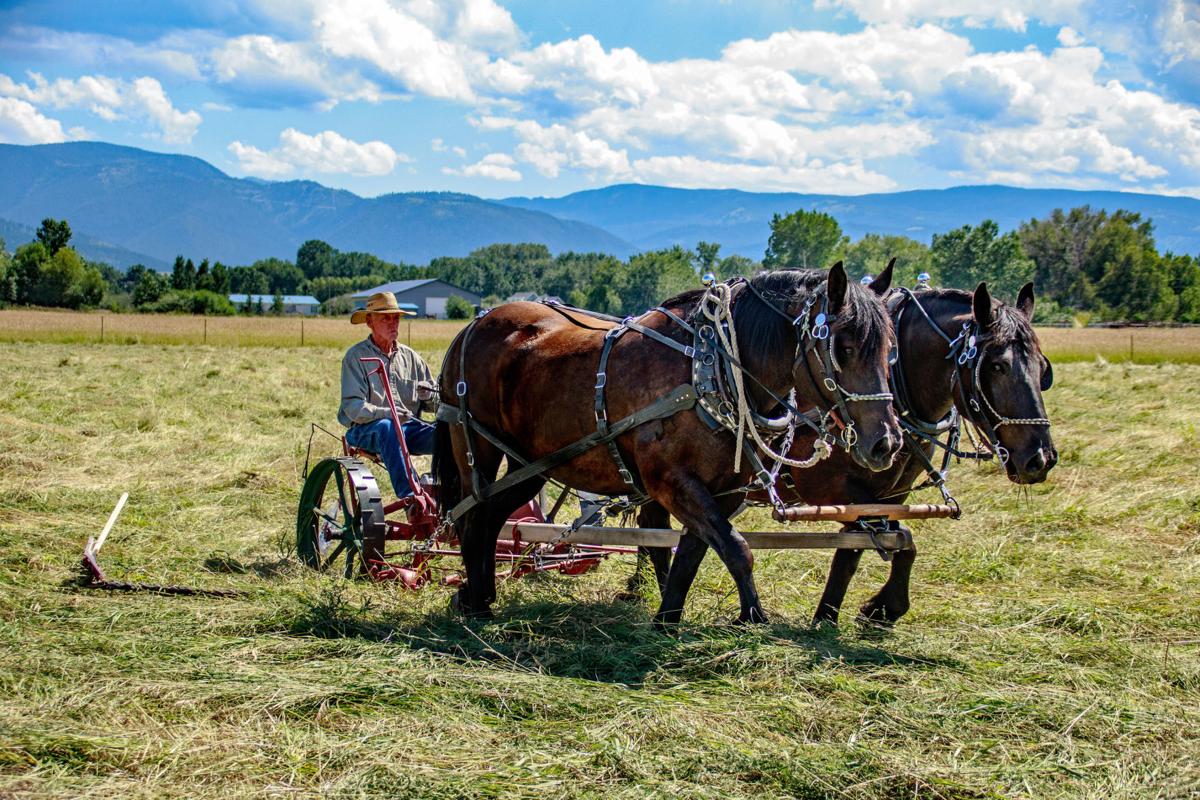 Larry Thomas, 78, first learned how to cut hay with horse-drawn equipment from his dad, who owned land south of Four Corners.

Nick McCoy, 83, cuts hay with his team of horses, Tuck and Sok.

Larry Thomas, 78, first learned how to cut hay with horse-drawn equipment from his dad, who owned land south of Four Corners.

If someone were to drive by as Nick McCoy, 83, and Larry Thomas, 78, cut hay in pastures south of Bozeman, it might seem as though they’ve entered a time warp.

That’d be because the two men cut hay each year with horse-drawn equipment that dates back to the 1940s. It takes about twice as long as a tractor, and requires lots of patience. But they enjoy it.

“This is more of a hobby than anything,” Thomas said.

Between McCoy’s and Thomas’ land, they’ve cut about 50 acres of hay this summer. They’re finished for the season, but still have more baling to do. McCoy describes it as a symbiotic relationship with the horses, who cut the hay that becomes their food.

While the two men are responsible for driving the teams of horses, McCoy’s wife, Betty, aids in the process as much as possible. She grew up on a farm near Belt and enjoys being near the animals.

“The unsung heroes of the agriculture business are women,” Nick McCoy said.

Betty McCoy does drive the team occasionally, and also helps hook up the equipment and with bailing. She said she’s fascinated with how well the horses respond to directions and know the routine of cutting.

Without the sound of a loud motor, Thomas said he can sit back and relax during the process. He and his team of percheron horses named Harriet and Harvey can cut about an acre of hay an hour. Nick McCoy and his team, Tuck and Sok, move at the same pace.

McCoy said Thomas is his mentor. He learned how to drive horse teams from the Bozeman native almost 15 years ago. Thomas has always lived in the Gallatin Valley and began helping his dad with farm work when he was 8 or 9 years old.

Thomas has been driving horse teams and cutting hay with horse-drawn equipment for decades. He used to compete in competitions at fairs and even won a few trophies. The process requires skills and institutional knowledge that’s been passed down for generations, Thomas said.

Both McCoy and Thomas have participated in the annual Gallatin Valley Farm Fair, an educational program that aims to teach fourth-graders about agriculture. They take their horse teams and wagons and talk to the kids about caring for livestock and crops.

McCoy said that even though haying is known for being hard work, he enjoys the technical aspects and working on the equipment with Thomas.

“Betty uses the term ‘recreational haying,’ and it sounds like an oxymoron, but it’s an accurate description,” McCoy said.