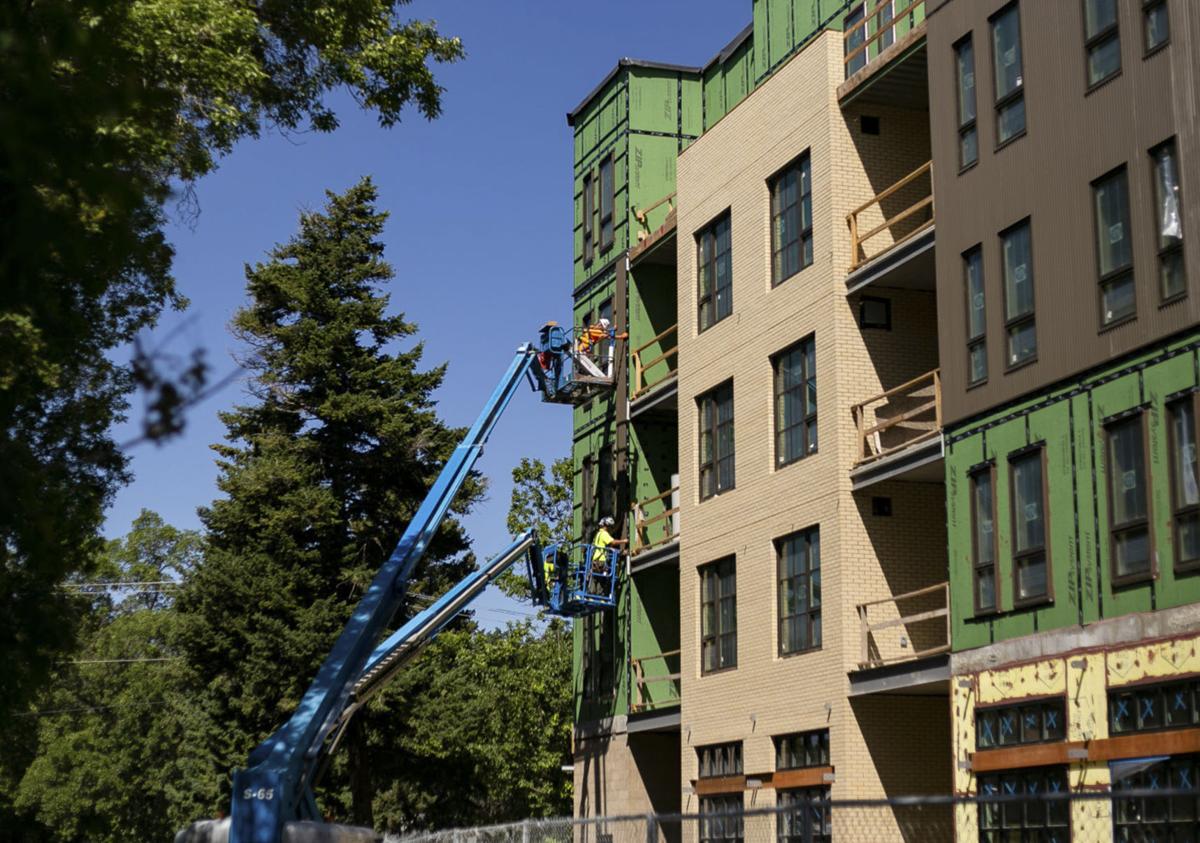 The Gallatin County Association of Realtors announced that the local real estate market is seeing an increase in pending sales and decrease in available units this summer. 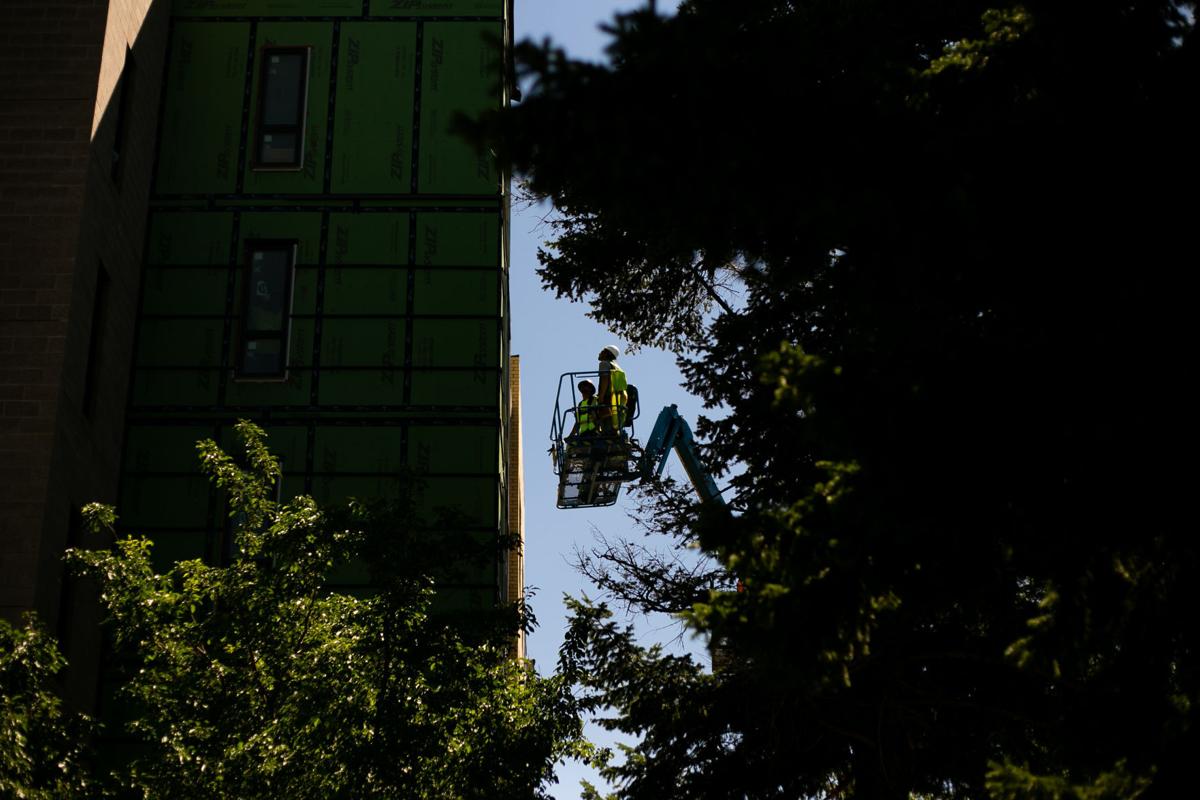 A construction crew works on a new apartment building on North Wilson Street on Tuesday, July 21.

The Gallatin County Association of Realtors announced that the local real estate market is seeing an increase in pending sales and decrease in available units this summer.

A construction crew works on a new apartment building on North Wilson Street on Tuesday, July 21.

Bozeman city commissioners got an update Monday on a plan they adopted last fall to address the local housing shortage, and talked about how they would measure its success.

City Manager Jeff Mihelich said the city is making progress, although it’s still just in beginning stages of carrying out the plan. There’s also only so much the city can do on its own, he said.

“(Affordable housing) is not an issue that the city alone...can solve. We need big support from community partners, from the private sector, from developers and builders if we’re going to be successful in addressing those concerns,” Mihelich said.

When the commission approved the plan last November, representatives from the Southwest Montana Building Industry Association and Bozeman Area Chamber of Commerce spoke in opposition of it, saying the local building industry doesn’t have the capacity to accomplish all that’s asked of it.

A housing assessment published in 2019 found that Bozeman needs 6,340 new homes built in the next five years to keep up with demand, and that more than half of those homes need to sell below going prices. It largely informs the city’s housing plan.

Shortly before the commission began talking Monday night about the need for more housing in town, the Gallatin Association of Realtors announced in a news release that in June, the number of available housing units in the county decreased as pending sales shot up.

Bozeman homes have also stayed on their upward trend and gotten more expensive. The median sales price of a single family home increased 6.7% from $427,700 in June 2019 to $456,325 in June 2020, according to the release. The number of new single-family listings decreased 13.4% compared to June 2019. The i{span}nventory of available homes also decreased compared to last year, from 472 to 364.

At the beginning of the commission meeting, Mihelich said the city’s affordable housing action plan can be boiled down to three main goals: getting more houses built, increasing the number of houses that are affordable and getting people into those homes with enough support to ensure they can stay.

Tanya Andreasen, community housing program manager for the city, gave an update on what’s been done so far and what priorities are top of mind for the city.

Andreasen said reviews of city regulations are underway as part of one objective to remove prohibitive barriers in city code to encourage building. The reviews should be done this fall.

The plan also asks the city to look for new ways to collect money for affordable housing projects through federal low income tax credits. Andreasen said a report on that front will be ready in October. She said staff will also submit a report to the commission on deed restricted housing, which keeps units affordable long-term, in August.

Another group, One Valley Community Foundation, will host a public event this fall called “Seat at the Table,” Andreasen said, to get feedback from residents that will lead a county-wide housing needs assessment, like the one done for Bozeman last year.

“These two organizations are examples of how our community capacity is changing to address affordable housing,” Andreasen said.

Dave Magistrelli, director of Habitat for Humanity of Gallatin Valley, spoke during the meeting to say his organization used to build more houses in town for low-income residents, but that buying land within city limits has become “impossible.”

Magistrelli asked the city to reconsider the nonprofit’s proposal to build nine houses on a piece of city land.

“One of your objectives is to get homes built, which we can do,” Magistrelli said.

Mihelich said the site Magistrelli talked about is not suitable for development because it sits on top of sewer pipes. However, he said staff would continue to look for land owned by the city and other public entities that can be developed. He said he agrees that the base price of city land is a big challenge.

Andreasen outlined to the commission what metrics staff will use to determine if the affordable housing action plan is working. Those metrics include keeping track of rental vacancy rates, the cost of rent, the number of affordable homes built and the costs of houses relative to median income.

Deputy Mayor Cyndy Andrus requested that staff also track whether affordable homes are produced at a rate that exceeds or matches job growth in Bozeman. That was added as another metric.

Mayor Chris Mehl said he heard general consensus from commissioners agreeing with the city’s metrics and priorities. He said commissioners are especially interested in how long some actions will take to complete, and that’s because it’s an issue many residents are concerned about.

“That interest will not go away. We will hopefully produce results every year, even every quarter, but we know it is a long haul,” Mehl said.