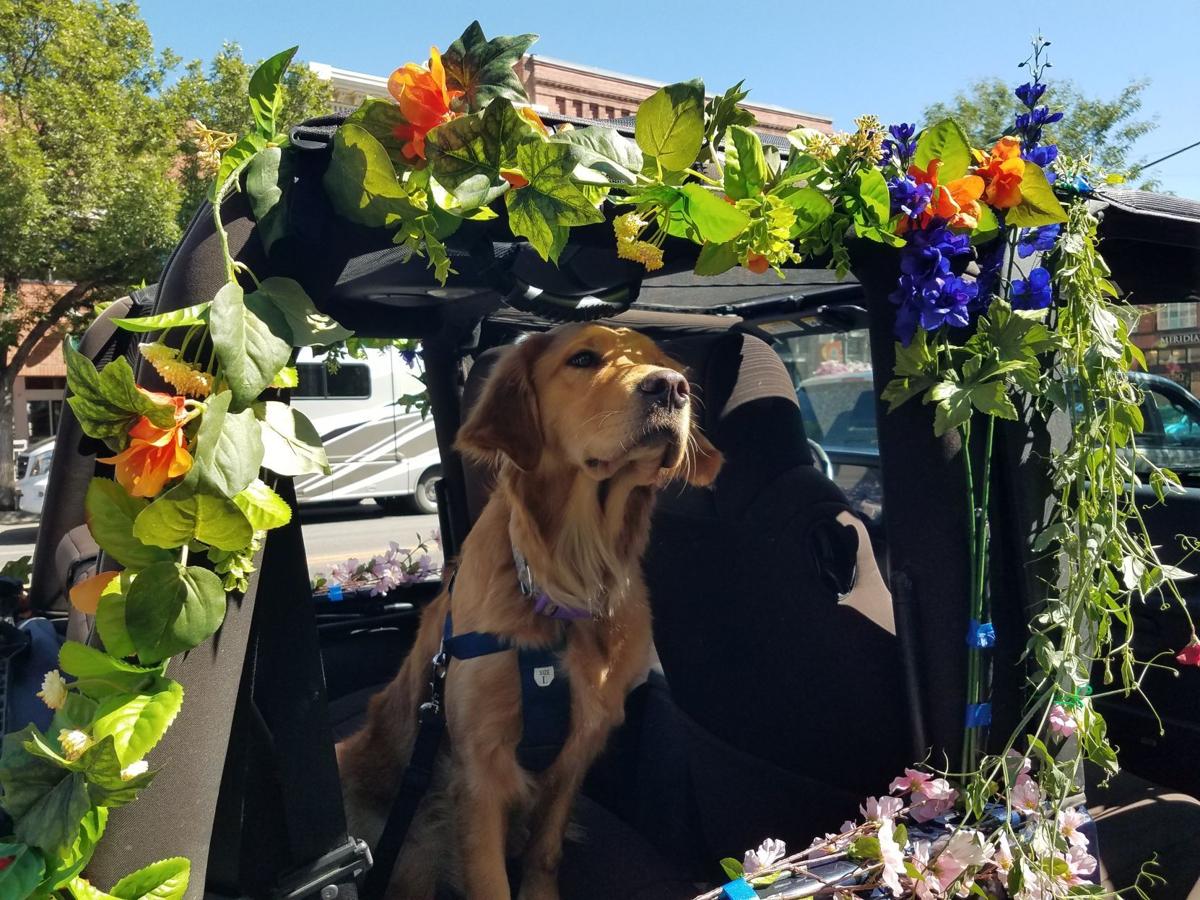 Rob Pertzborn’s dog Violet cruises up and down Main Street in Pertzborn’s jeep during the 2020 Sweet Pea flower parade. 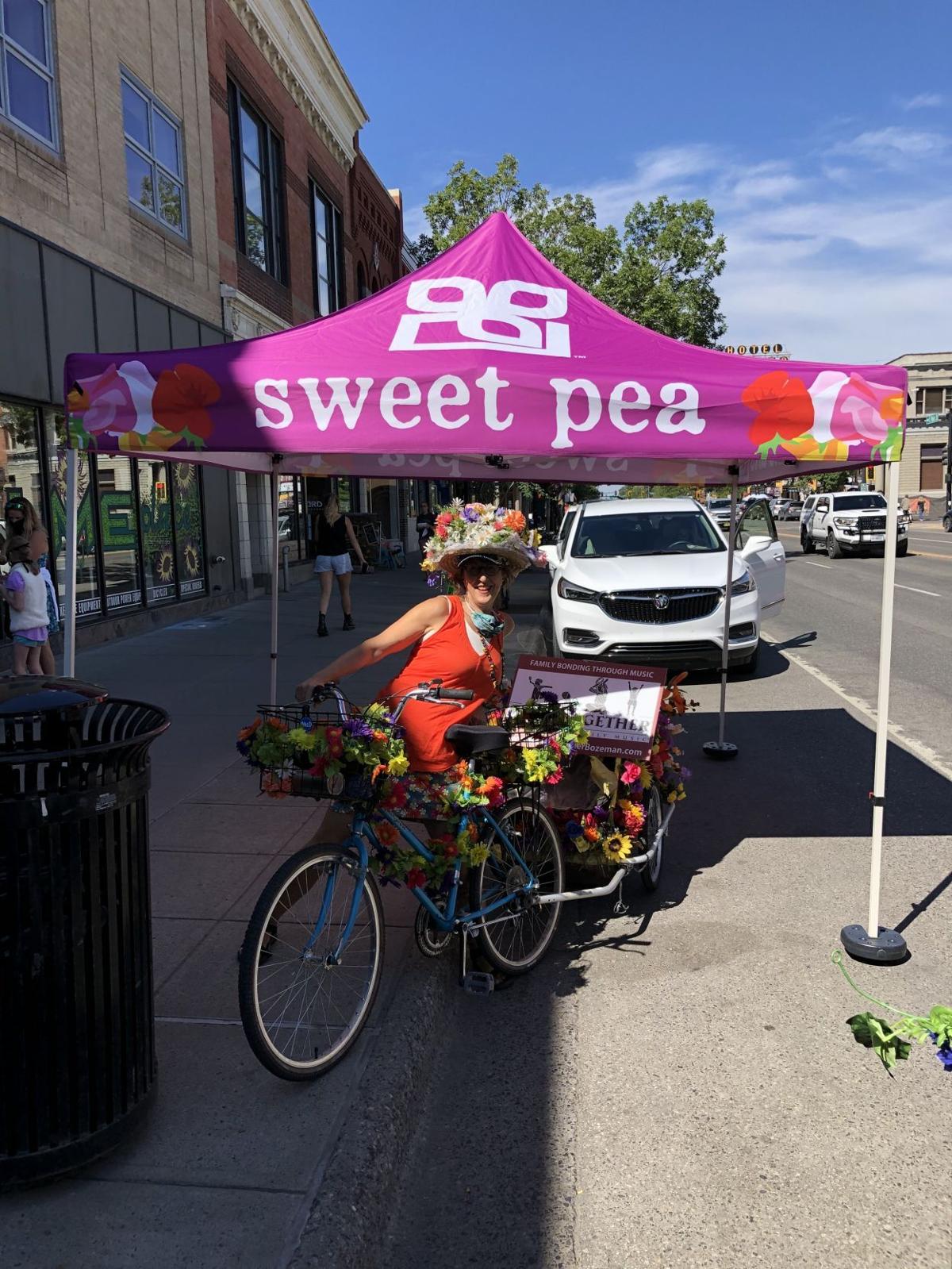 Rob Pertzborn’s dog Violet cruises up and down Main Street in Pertzborn’s jeep during the 2020 Sweet Pea flower parade.

Bicyclists smiled and waved, and a few cars and motorcycles decorated with flowers joined in.

Simonson estimated at least 50 people participated in Saturday’s cruise, one of many activities at the 43rd annual Sweet Pea Festival.

Simonson said he wished a few more people would have participated, but the idea was to give the Sweet Pea Festival some exposure and “let people know we’re still out here.”

Bozeman’s Sweet Pea Festival Parade is one of the most popular in the state, and one of many festival events organizers put on annually. A Children’s Run typically kicks off the parade, and then floats meander down a closed Main Street. At this year’s cruise, Main Street wasn’t closed to traffic.

Organizers have had to alter many festival events and activities to accommodate social distancing guidelines. They teamed up with organizers of SLAM, a separate and free art and music festival, to deliver a “Sweet Slam Tour D’Arte and Auction” on Saturday.

Local artists set up pop-up booths around town to showcase their art, and organizers put on a virtual auction.

Sara Rushing, who participated in this year’s cruise with her son Will, said she wasn’t entirely sure how it was going to work, but the experience was awesome.

“We didn’t know what to expect,” she said. “It’s a hard year to communicate to people what to do.”

Rushing has attended Sweet Pea events for years, often participating in the 10K run around town. She said the parade is a “densely populated event,” so she understands why it was modified.

“It’s nice people came to sit and watch,” she said.

Rob Pertzborn, Sweet Pea Festival board president, said the cruise was far different than last year’s parade, but the weather was perfect.

Pertzborn drove up and down Main Street during the cruise, his dog Violet peering out of his flowery Jeep. He decorated his car with sweet peas and other flowers from his garden.

“We’re still celebrating Sweet Pea weekend, albeit with a few adjustments,” he said. “I got as many flowers as I could without destroying the garden.”