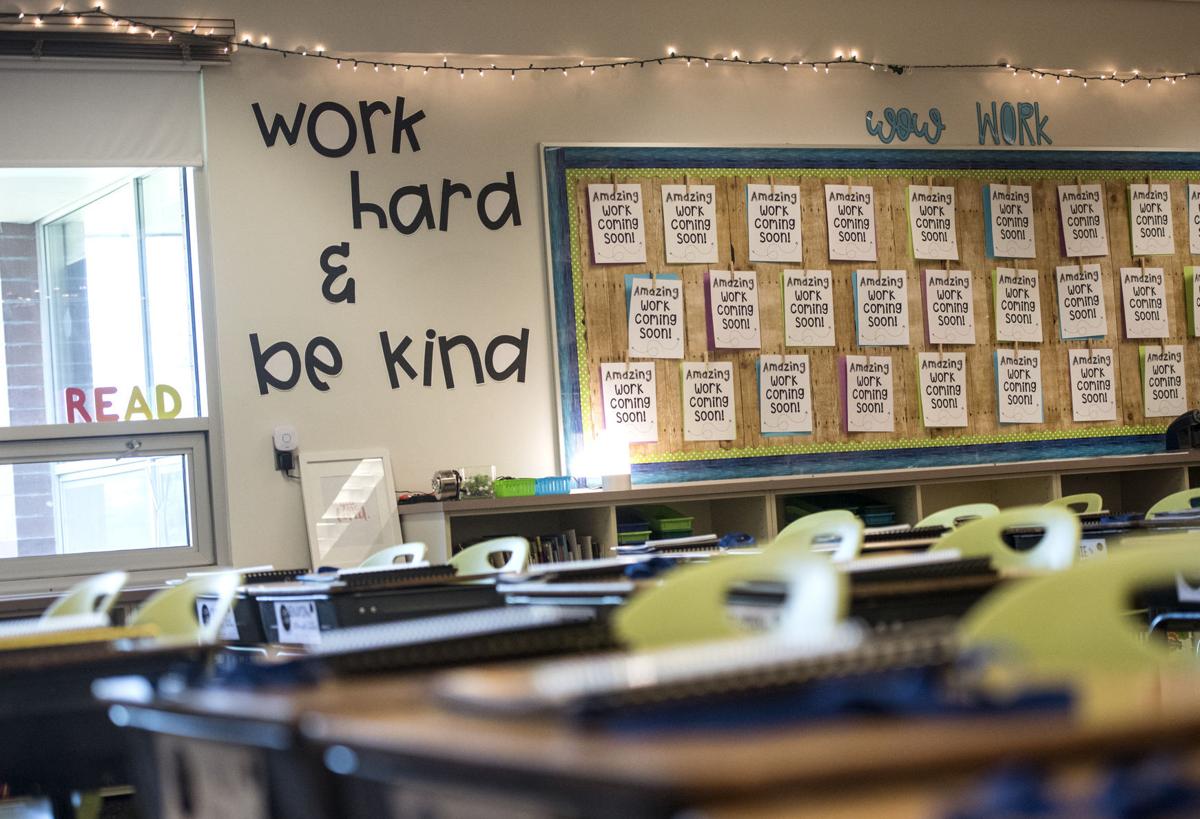 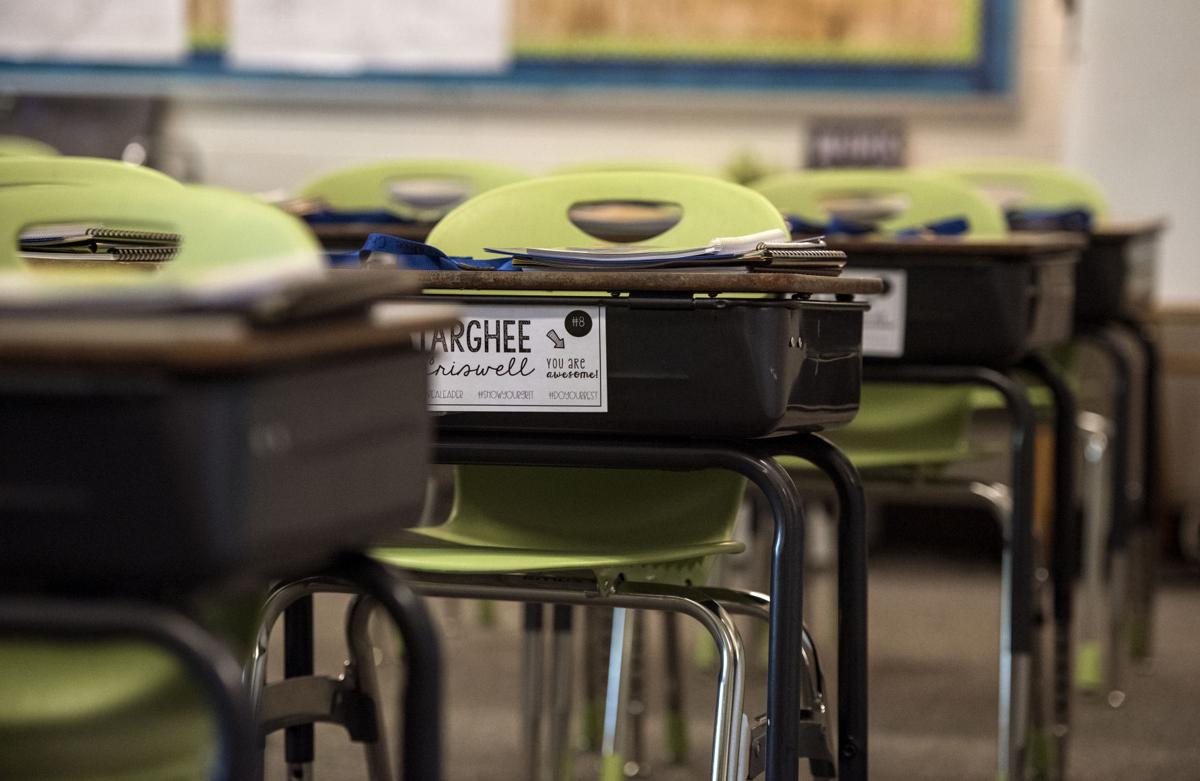 In a meeting that lasted into the early hours of Tuesday, the Bozeman School Board voted to stay in the blended learning model but set target dates for a transition for each school level to move to five days of in-person learning.

With one vote against, trustees landed on a decision after more than seven hours of presentations from administrators, board discussion and public comment.

After hearing feedback from high school, middle school and elementary school principals on the social distancing, staffing and scheduling challenges of transitioning to the five days of in-person learning, the board decided to establish target dates on when schools could transition to in-person learning. The transitions would be based on board-approved metrics and subject to a board vote. A discussion on determining metrics is scheduled for the next board meeting.

The dates are based on feedback on the earliest transition dates provided by district administrators and school principals. They represent targets for the different school levels to be able to move to five days of in-person learning.

High school and middle school principals acknowledged it would not be possible to implement a true cohort model and would instead look more like a traditional school week with social distancing not possible due to the student population.

The meeting, which wrapped around 1 a.m., included public comments from parents and teachers on both sides of the issues, with many raising questions on why the school district did not already have metrics in-place ahead of a possible transition.

Trustee Andy Willett, the lone vote against the decision, had initially pushed for high schools to be open no later than the end of the first semester but the amendment failed to pass.

Throughout their discussion, trustees debated how much weight they were putting on administrators and staff by leaving an opening decision on them. The trustees decided any opening would be subject to a board vote.

Before the vote, principals from all school levels discussed the individual needs at each grade level and answered questions from the school board.

“If we were to change to the blended model to traditional five days, the proposed two weeks is not long enough,” said Dan Mills, principal at Bozeman High School. “It’s not long enough to accomplish administrative and structural changes.”

The district, which launched the blended model on Sept. 8, decided last Monday to schedule a vote on whether to move to five days of in-person learning after a series of public comments from parents opposed to the blended model.

Principals at both the high school and middle school levels said a cohort model — limiting the contact of students outside of a smaller group — is not really possible for the schools based on the sizing and schedules of the students.

At the high schools, Mills and Erica Schnee, principal of Gallatin High School, said a transition to a five-days of in-person learning would require a full reworking of the master schedule for the schools.

Mills and Schnee said since the 100% remote high school students are more integrated into the in-person classes, it would require a new schedule because teachers could not be expected to teach five days of in-person classes and prepare content for the fully remote students.

Mills said it was difficult to judge the effectiveness of the current model after two-and-a-half weeks of school, and said Canvas, the online learning platform, was “getting more effective by the minute.”

Schnee said things at the high school level have started to feel more normal in the last week, with a rhythm and a continuity developing.

“An abrupt transition to a new model could disrupt that rhythm,” Schnee said.

Gordon Grissom, principal of Sacajawea Middle School, also said it would be hard to maintain social distancing in a transition to five days of in-person learning. He estimated during a lunch period there would be 250 to 300 kids in the same lunch room.

“If we bring everyone back into the schools, lockers will be an area of concentration,” he said.

Patrick McClellan, principal of Chief Joseph Middle School, said if enough students opted to move from in-person to 100% remote, it could start a domino effect and many students would need to be rescheduled.

“We can do difficult things but it does take time and will impact students and teachers,” he said.

Elementary school principals said there were similar scheduling and staffing concerns with a transition to five days of in-person learning.

Sarah Hays, principal of Emily Dickinson Elementary School, said there had been number of families who decided to home school or attend private schools and it was up in the air whether they would return with a full in-person schedule.

Hays said trying to manage packets and online learning for younger students is also challenging at times for the teachers.

“When they’re not in class, it’s harder for the littles,” said Darren Schlepp, principal of Morning Star Elementary School, of the challenges at the elementary level with remote learning.

Mike Van Vuren, Hyalite Elementary School principal, estimated the elementary schools could switch to the cohort model by the beginning of November if the trustees voted for it, with adequate planning time.

“Our point tonight was its going to take more than a couple weeks,” said Hays

Marilyn King, deputy superintendent of instruction, presented the percentage of families who would transition to five days of in-person or opt for 100% remote learning, according to a survey the district put out last week. In each school level, over 80% of respondents said they would remain with the in-person learning if a transition would happen. But King cautioned not every family responded by the deadline.

“It’s a very difficult decision for families,” King said, with many of the families responding to the survey that they couldn’t make a decision with the transition happening a few weeks out and health metrics changing week-to-week.

“It seems there are different time frames for different grades,” said Sandy Wilson, the school board chair. She suggested schools could create committees on when they felt a transition is possible.

Superintendent Bob Connors also discussed a memo sent Friday from Gallatin City-County Health Department Health Officer Matt Kelley. In it, Kelley said it was not his intention to make a recommendation but to provide the superintendent and trustees with “the best local epidemiology and public health information available at an important decision point.”