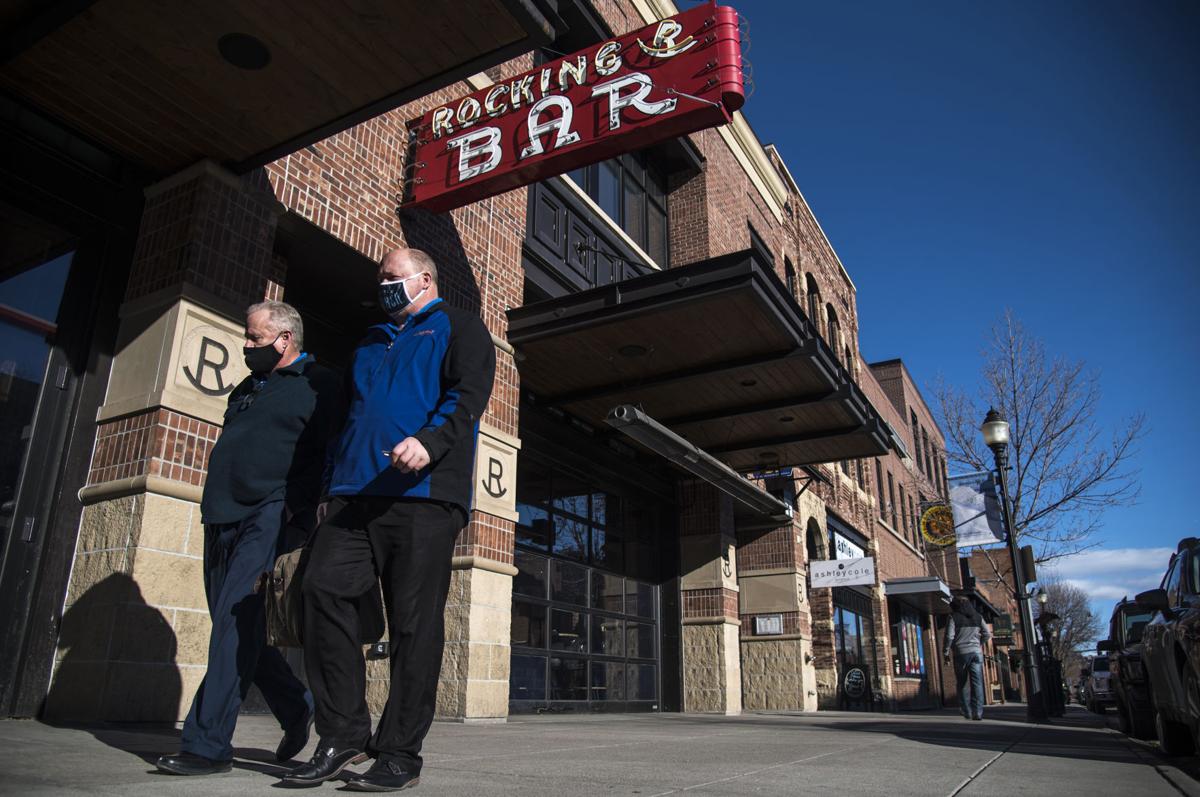 Pedestrians walk past the Rocking R Bar in downtown Bozeman on Thursday, Jan. 14, 2021. 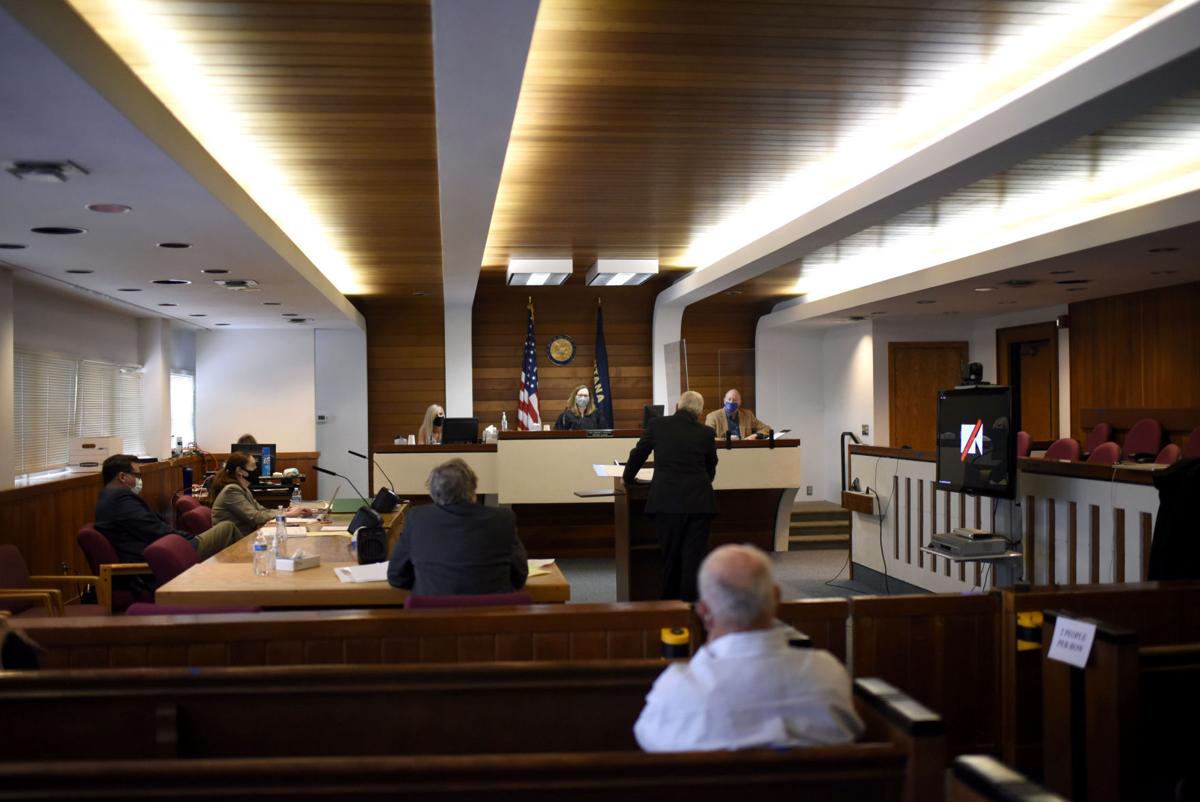 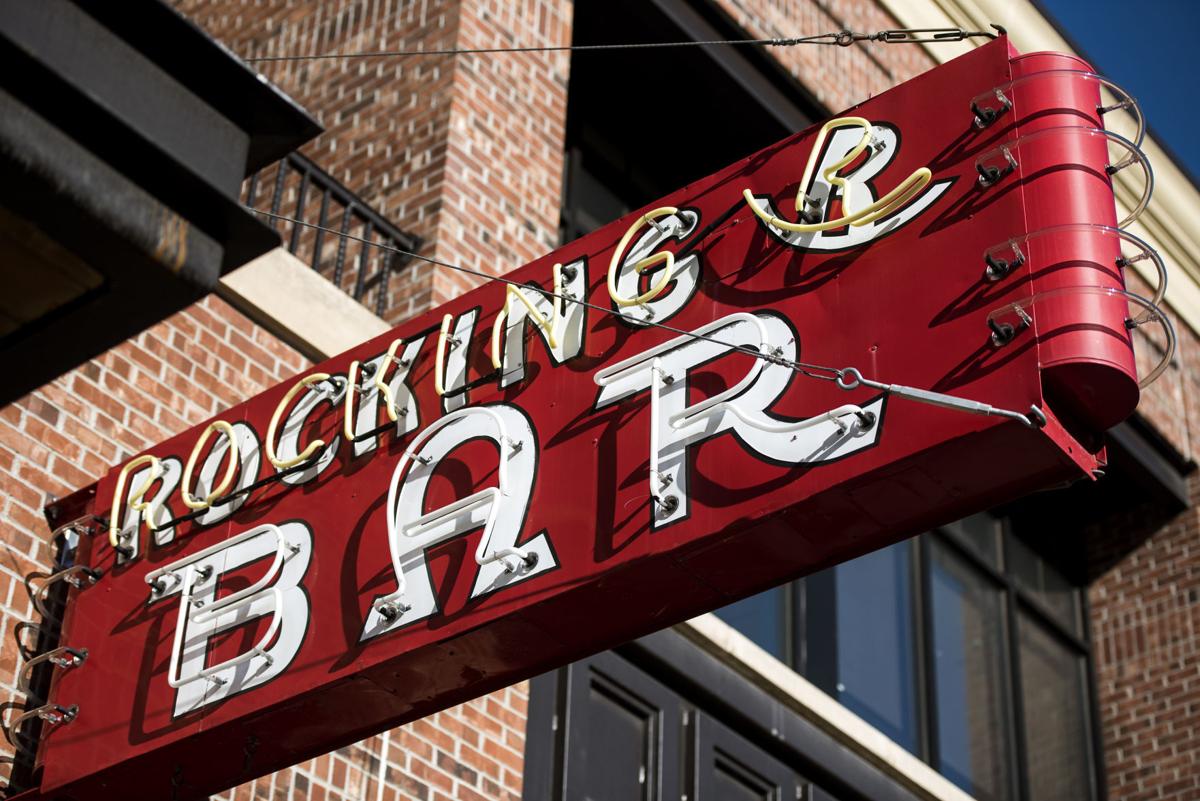 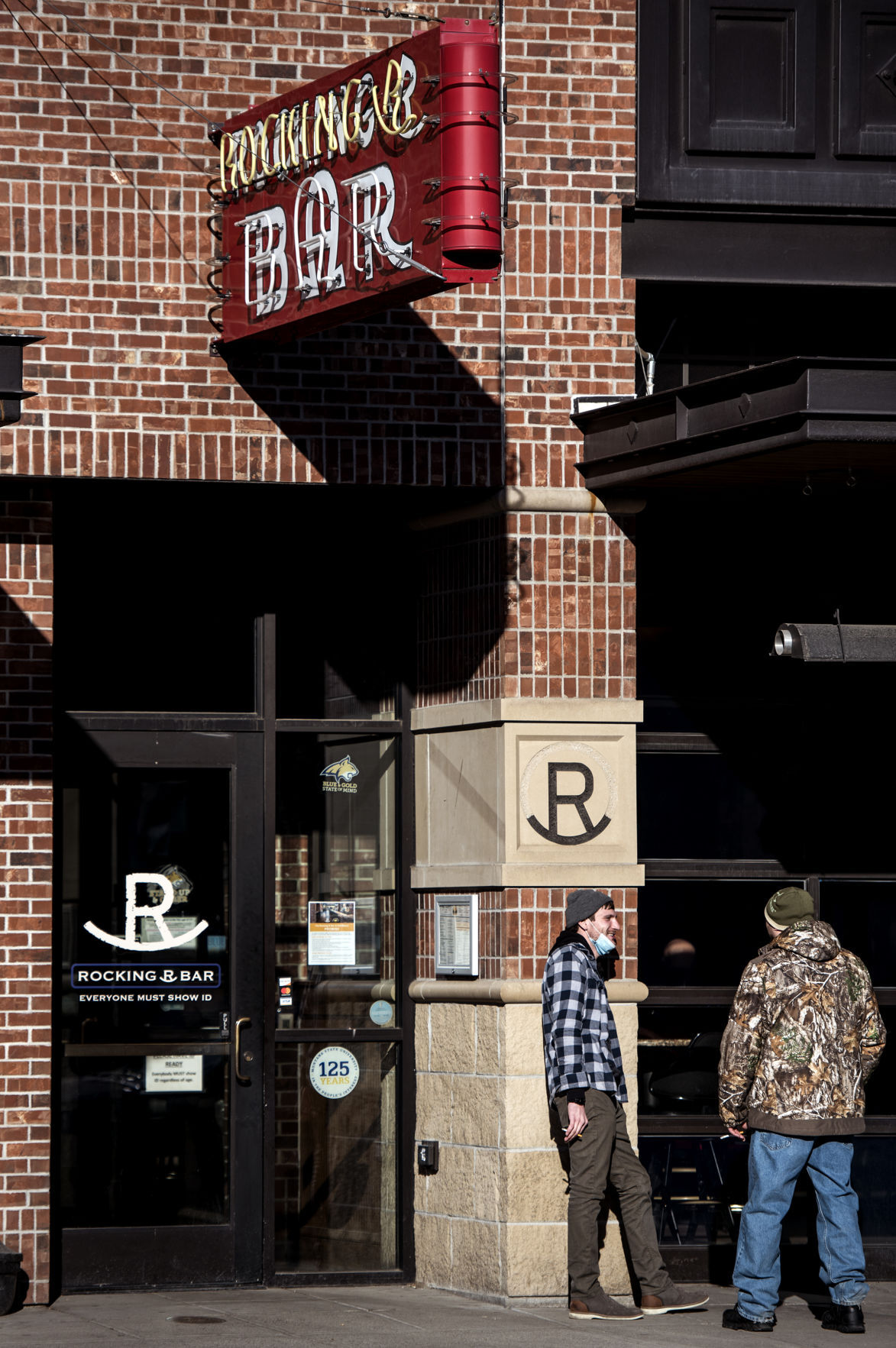 A pair of Rocking R Bar patrons smoke cigarettes outside the bar on Thursday, Jan. 14, 2021, in downtown Bozeman.

Pedestrians walk past the Rocking R Bar in downtown Bozeman on Thursday, Jan. 14, 2021.

A pair of Rocking R Bar patrons smoke cigarettes outside the bar on Thursday, Jan. 14, 2021, in downtown Bozeman.

Montana Attorney General Austin Knudsen ordered Thursday that the Gallatin County attorney dismiss a lawsuit against Rocking R Bar for violating a 10 p.m. closing time ordered by the county health board to stem the spread of the coronavirus.

But County Attorney Marty Lambert fired back, rejecting the order and saying that Knudsen didn’t haven’t any say in the matter because the state isn’t a party in the case.

Knudsen directed Lambert to dismiss the case against the bar, according to a news release on Thursday. He said the 10 p.m. closing time “defies commonsense” and is “devastating to Montana workers and small businesses.”

“Our action today is a clear message that we need to safely reopen our economy and will not allow overzealous local governments to hold Montana businesses and their employees hostage,” Knudsen said in the news release.

The Gallatin City-County Board of Health and Health Officer Matt Kelley sued Rocking R Bar after it remained open past 10 p.m. on several occasions despite a warning that it was in violation of the health rules. Rocking R Bar argued that the closing time was arbitrary and unlawful to enforce.

In December, a Gallatin County judge granted the county a preliminary injunction against the bar, ordering it to comply with the health rule until March.

The bar has done so since.

In a letter to Lambert on Thursday, Knudsen said state law gives him the authority to intervene in the case. Knudsen ordered that the county dismiss the case against the bar by noon on Friday, negating the preliminary injunction.

In an emailed statement on Thursday afternoon, Lambert pushed back against Knudsen’s letter and said he would not dismiss the lawsuit by Knudsen’s deadline. He said Knudsen lacked the authority to “order and direct” him to toss it out because the state is not a party in the case.

“As to the bellicose remarks in the Attorney General’s press release, the Governor’s January 13, 2021, Directive recognized that local health authorities may enact rules or orders more restrictive than the Governor’s,” Lambert said in a statement, referring to Gov. Greg Gianforte’s loosening of restrictions on Wednesday.

Lambert said Knudsen’s letter cites a civil procedure rule that allows parties involved in a case to sign an agreement to dismiss a matter. Kelley — “a party to the R Bar case” — told Lambert he did not want to drop the civil suit.

Therefore, Lambert said, the rule cited by Knudsen “cannot be employed to dismiss the case” by Knudsen’s deadline. He said he and his staff will continue to research the matter.

Knudsen’s announcement came on the same day a legislative committee heard a bill that would require elected officials approve rules and regulations proposed by a local board of health. House Bill 121 would also allow elected officials to change those proposals.

Rep. David Bedey, R-Hamilton, is the sponsor of the bill.

On Wednesday, Gianforte announced he would rescind an ordered 10 p.m. closing time for bars, restaurants, breweries, distilleries and casinos, allowing them to return to regular closing times. The Republican governor said he would also lift capacity restrictions for the businesses.

Gianforte’s guidelines are scheduled to go into effect at 5 a.m. Friday.

Kelley, the health officer, said in a news release on Wednesday that the county continues to expect businesses and individuals to comply with the county’s rules, which the health board is set to review in February.

“This disease remains dangerous and the Board will continue to use the best scientific evidence and epidemiological data available to take actions to reduce spread of the dangerous disease,” Kelley said.