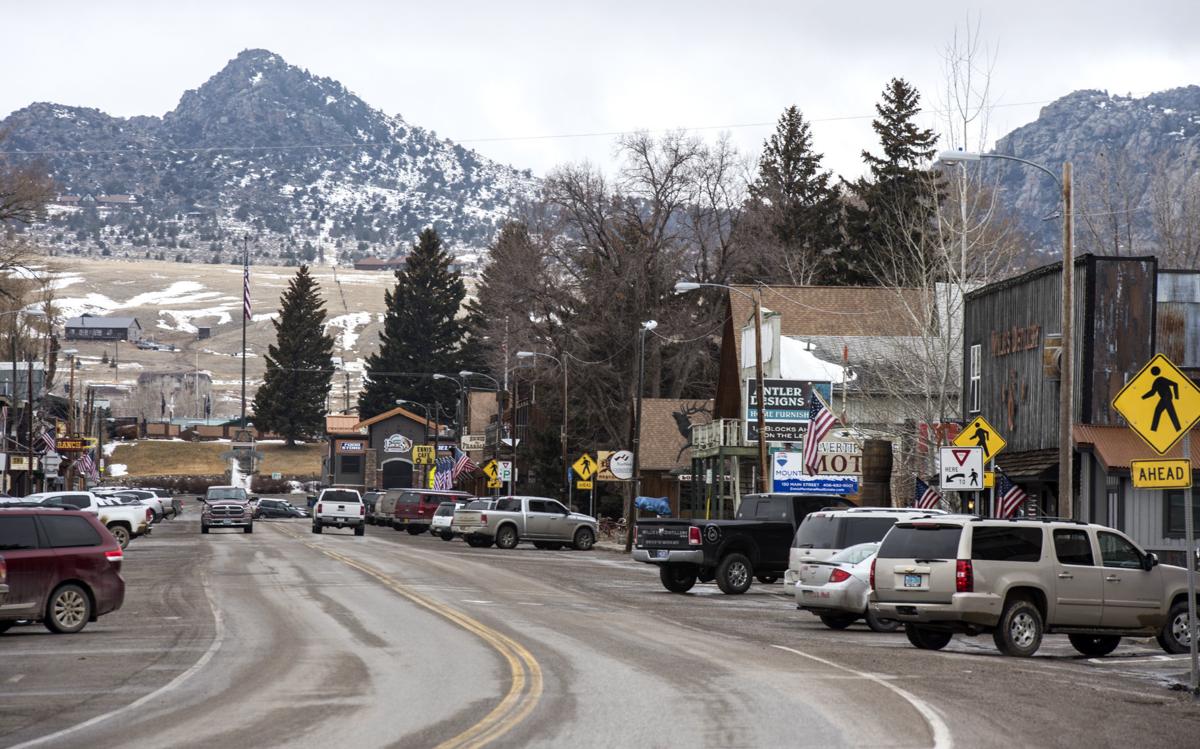 Main Street in Ennis, Montana, is shown in this 2019 Chronicle file photo. 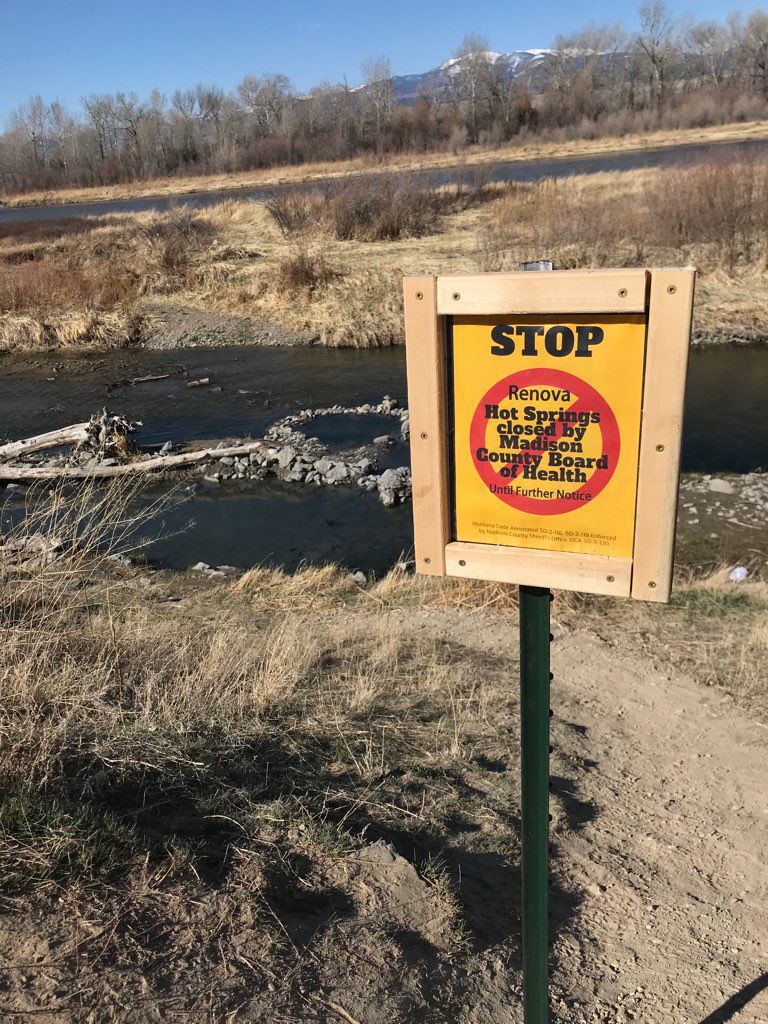 A sign warns people that Renova Hot Springs has been closed by the Madison County Board of Health.

Main Street in Ennis, Montana, is shown in this 2019 Chronicle file photo.

A sign warns people that Renova Hot Springs has been closed by the Madison County Board of Health.

Madison County health officials have ordered the closure of hotels, RV parks and short-term rentals amid the coronavirus pandemic.

The county’s board of health on Thursday approved an order that prohibits people from staying in the area. The order is in effect until April 30 or whenever the state’s stay-at-home order expires.

The board’s order closed hotels, motels, RV parks and short-term rentals in the county, a popular tourism destination. It also ordered those businesses to cancel reservations up to April 30. It also prohibited licensed guides and outfitters from renting or providing housing for “non-essential purposes.”

The order allows government officials, personnel responding to COVID-19 emergencies, family members of people seeking medical treatment and survivors of domestic violence to rent rooms there. People advised to quarantine outside their homes may also rent rooms as long as the lodging facility is aware of the person’s condition.

Madison County Sheriff Phil Fortner said if someone is found violating the order, they can be fined up to $200. He said deputies would work with potential violators to come in compliance with the rule.

The county started closing businesses last month. Bob Kudelski, owner of Sportsman’s Lodge, Restaurant and Casino in Ennis, said he would’ve preferred the county shut everything down at once.

“It’s a piecemeal approach that’s only dragging out the pain longer than it needs to be,” Kudelski said.

He said the order looked geared toward vacationers, but most people staying at his place recently are construction workers — which are deemed essential workers under the governor’s stay-at-home order. Kudelski said he’s unsure how the order is going to affect his business that has already been impacted by the virus.

“We’re hurting just like everybody else in town and everywhere. It’s frustrating and difficult at the same time,” Kudelski said.

Ed Williams, owner of Rainbow Valley Lodge in Ennis, said he’s owned his lodge for 30 years and has never been told he had to close. He thought the closures were “rather extreme” but said the county had to do what it did.

Business is slow at the lodge, Williams said. Most people who had scheduled a trip to his place changed their plans.

“We’re getting cancellations everyday — everyday. It’s killing us,” he said.

He said the county is asking people to limit their movement, and closing lodging would “cause disruption and cause people to be out moving around.” It’s more complex than thinking about vacationers coming here, Kelley said.

He said there are hundreds of hotels and short-term rentals here that are being used for health care providers protecting their families.

“I think we’re better off to have people stay where they are and not creating a bunch of movement we don’t need right now,” Kelley said.

Madison County’s order came the same week the county’s board of health ordered the closure of Renova Hot Springs, a popular soaking destination near Whitehall.

The hot springs are on private land owned by a “hands-off owner from out of state,” Fortner said. Without that person’s involvement, people assume it’s OK to be there, he said.

“That’s our biggest problem right now — trying to keep people from recreating there at the hot springs,” Fortner said.