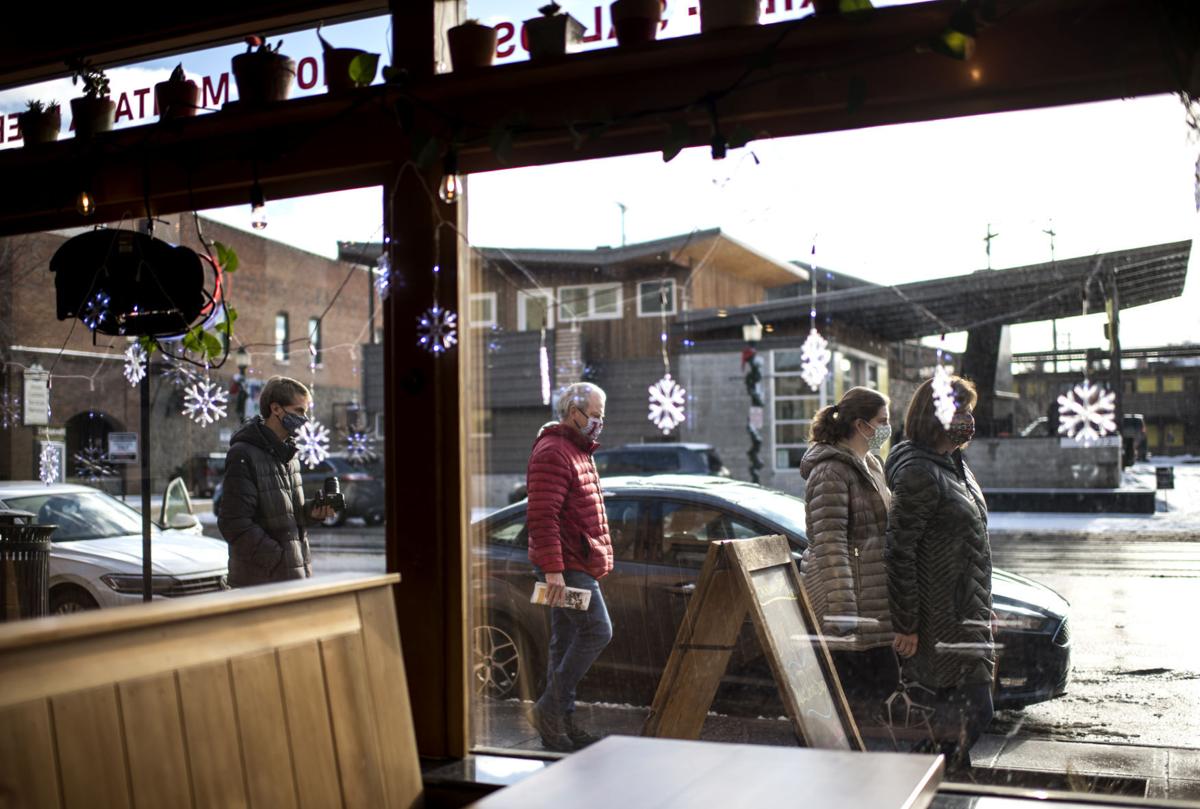 A group of masked pedestrians walk by the Backcountry Burger Bar on Tuesday, Jan. 5, 2020, in downtown Bozeman. 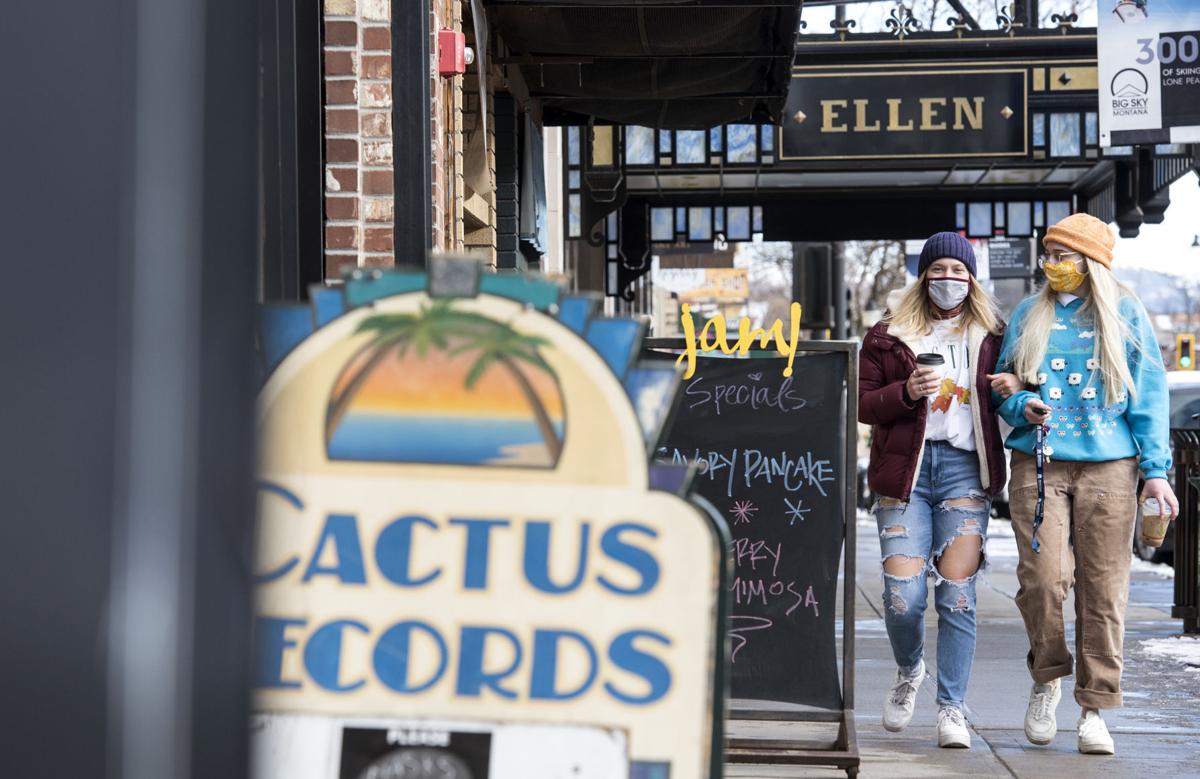 A pair of masked shoppers walk arm-in-arm past Jam on Tuesday, Jan. 5, 2020, in downtown Bozeman. 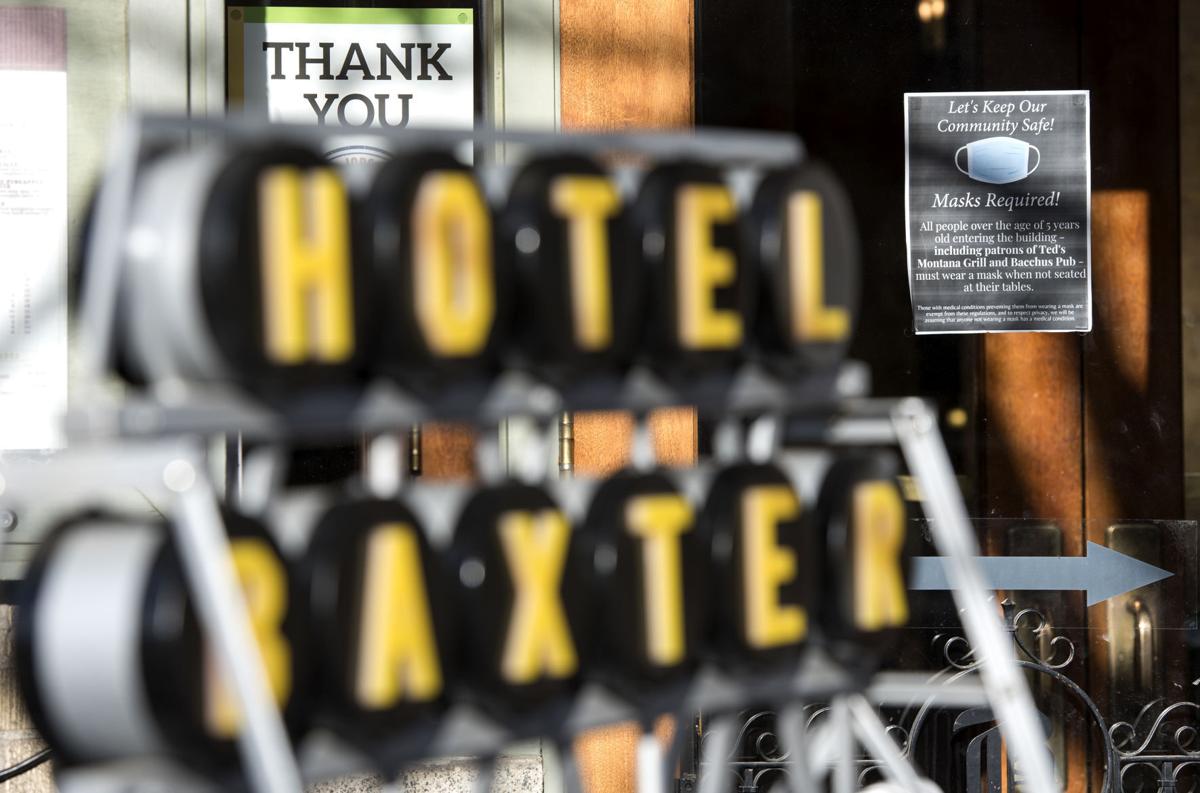 A sign taped to the door instructs shoppers that masks are required in the Hotel Baxter on Tuesday, Jan. 5, 2020, in downtown Bozeman.

A group of masked pedestrians walk by the Backcountry Burger Bar on Tuesday, Jan. 5, 2020, in downtown Bozeman.

A pair of masked shoppers walk arm-in-arm past Jam on Tuesday, Jan. 5, 2020, in downtown Bozeman.

A sign taped to the door instructs shoppers that masks are required in the Hotel Baxter on Tuesday, Jan. 5, 2020, in downtown Bozeman.

Gov. Greg Gianforte vowed Tuesday to rescind the statewide mask mandate — though not immediately — and announced he is revising the state’s vaccine distribution plan to prioritize Montanans over 70 and people with specific underlying health conditions.

Gianforte, a Republican, said he will lift the statewide mask rule once the most vulnerable Montanans are vaccinated and once the state Legislature approves liability protections for businesses, schools, nonprofits and places of worship for COVID-19 related claims.

“I hope to do that in weeks not months,” Gianforte said of eliminating the statewide mask mandate, which former Democratic Gov. Steve Bullock enacted in July.

Gianforte said he will continue to wear a mask and will urge others to follow suit “to show respect and to care for the people around us.”

The U.S. Centers for Disease Control and Prevention has said mask mandates help slow the spread of the virus.

Even if the statewide rule is lifted, local governments will continue to be able to pass their own regulations.

Gallatin City-County Health Officer Matt Kelley said last week that, regardless of what happens at the state level, he intends to recommend the local health board keep the existing countywide mask rule when it comes up for renewal on Jan. 20.

Montanans over 70, those between 16 and 69 who have specific underlying health conditions and Native Americans will be vaccinated after health care workers and residents of long-term care facilities, who began receiving vaccines in December.

This means that some essential workers will now receive the vaccine later than they would have under the previous state vaccination plan, created by the Bullock administration.

The Montana Federation of Public Employees, the state’s largest union, criticized Gianforte’s decision, saying that delaying vaccinations of some teachers and other essential workers would make it difficult to keep schools open and the economy running.

However, Gianforte pointed out that some essential workers, like those working in food service who are older or who have an underlying health condition, could now be vaccinated sooner than they would have under the previous plan.

The vaccinations of the 250,000 to 300,000 older and more vulnerable Montanans could begin this month, according to a distribution plan from the state Department of Public Health and Human Services.

The general population isn’t expected to receive the vaccine until July.

Montana has received 36,000 doses of a COVID-19 vaccine and the state expects to get 41,000 more in the coming weeks, Gianforte said. However, the U.S. Centers for Disease Control and Prevention reported Tuesday that Montana had received 52,450 doses.

About 23,000 people have gotten the first dose of a vaccine.

In the coming days, the state will be adding data on vaccinations and vaccine availability to the state coronavirus dashboard.

“A vaccine will help us overcome COVID-19, but it must be widely distributed to get us there,” Gianforte said. “We need to provide the vaccine to those that want it. We cannot have vaccine sitting on the shelf.”

Gianforte has repeatedly said his administration is prioritizing the pandemic.

He formed a task force shortly after his election that has been advising him on how to respond to COVID-19 and now plans to make changes to statewide public health rules based on the group’s recommendations.

He said Tuesday that he would make changes that balance the public health crisis with the economic recession, that emphasize personal responsibility and that focus on incentives more than mandates.

He didn’t offer many specifics on what he would change.

However, he did say he would “have news within days” on whether he would eliminate the state limits on some businesses’ hours and capacity, which Bullock enacted in November.

In Tuesday’s press call, Gianforte also promised to expand testing, something the state and nation have struggled to do throughout the pandemic. He didn’t provide details on how he will do so.

Over the last few days, Montana and Gallatin County have seen an uptick in COVID-19 cases after a few weeks of a decline.

The state reached 1,005 COVID-19 deaths on Tuesday. A total of 77,449 Montanans have recovered from the disease.