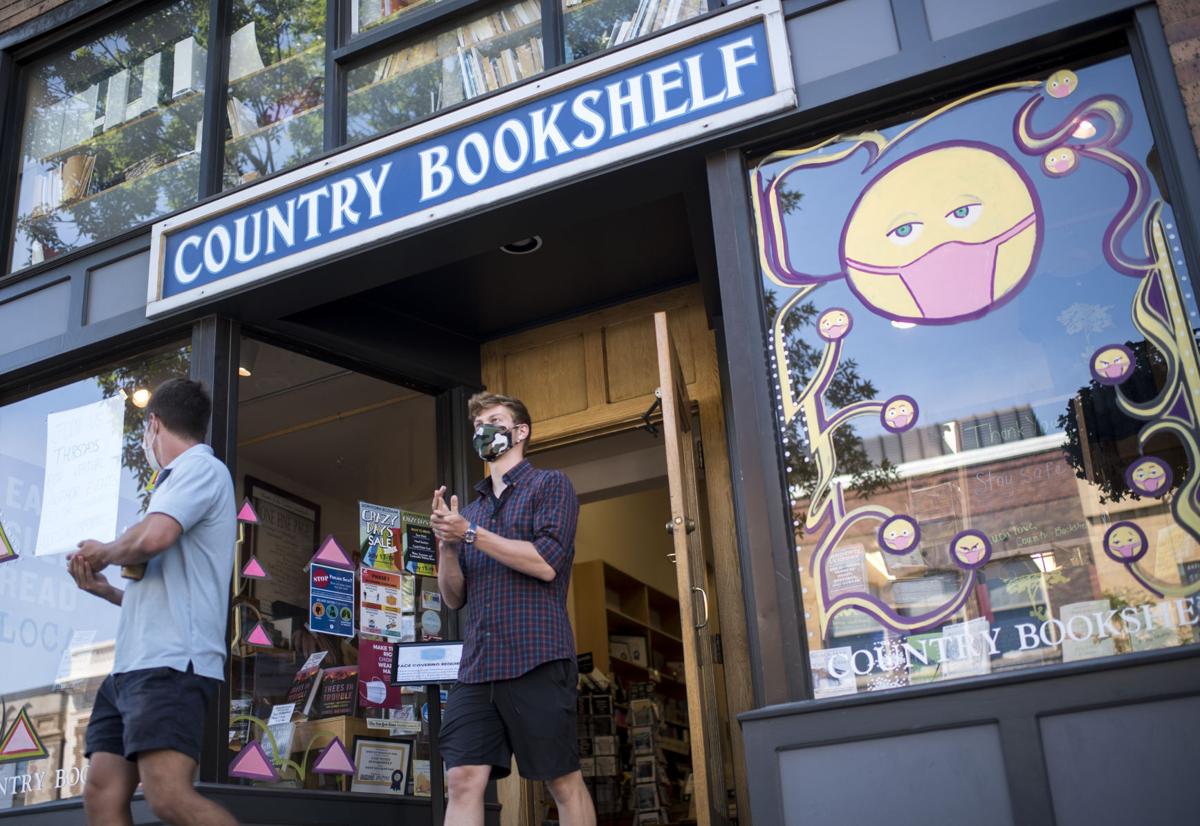 Brent Eaton and Ryan Nordin rub sanitizer on their hands as they walk past a mask-wearing smiley face outside of the Country Bookshelf on Monday, July 20, 2020. 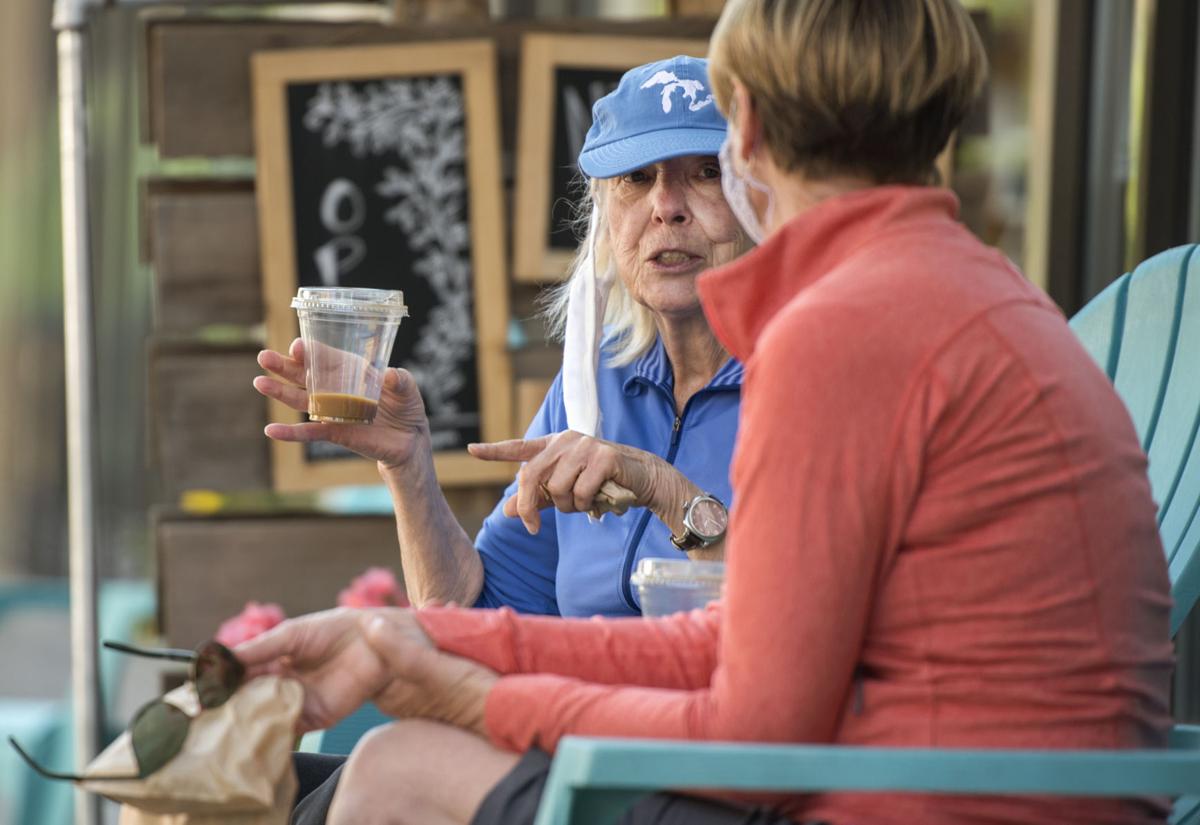 Cathy Kulich takes off her mask to have a drink of coffee with her long-time friend, Diane Steckmest, on Monday morning, July 20, 2020, outside of Rockford Coffee. 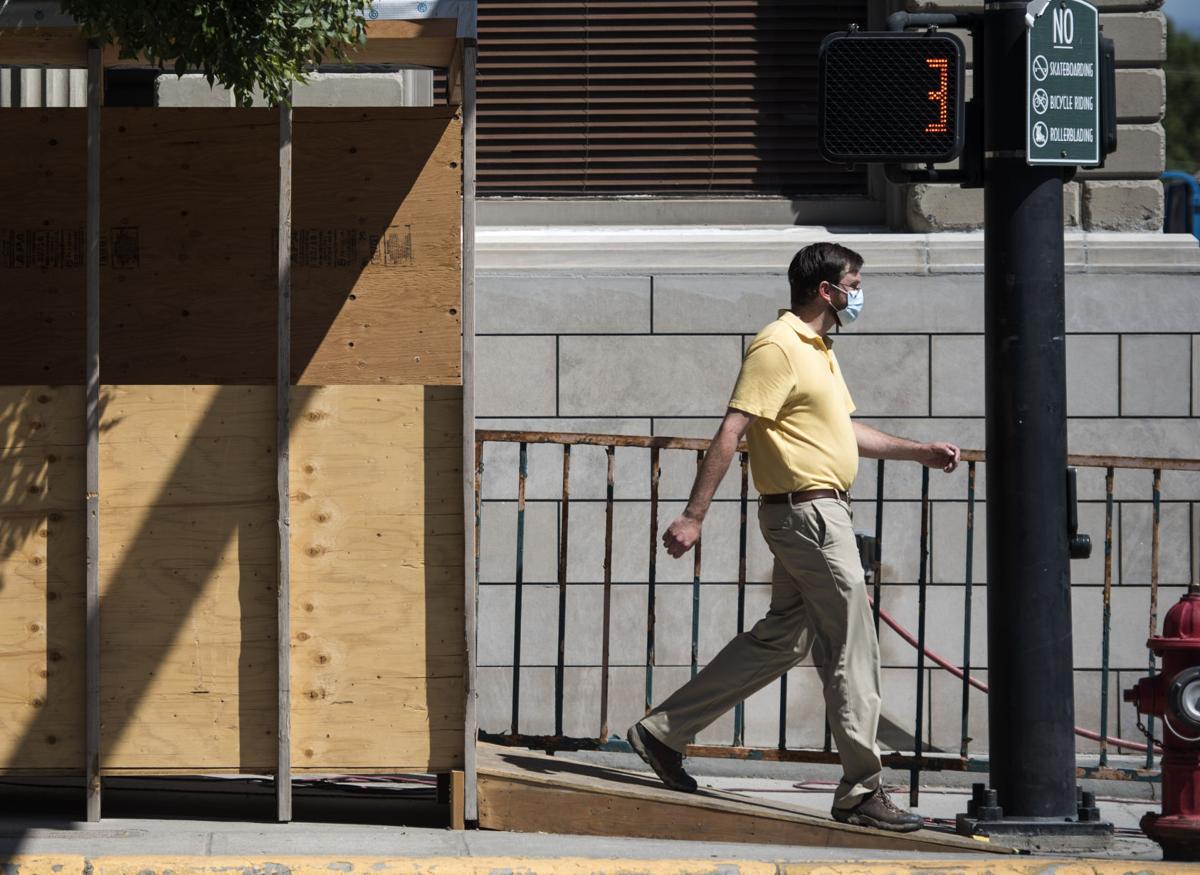 Brent Eaton and Ryan Nordin rub sanitizer on their hands as they walk past a mask-wearing smiley face outside of the Country Bookshelf on Monday, July 20, 2020.

Cathy Kulich takes off her mask to have a drink of coffee with her long-time friend, Diane Steckmest, on Monday morning, July 20, 2020, outside of Rockford Coffee.

The county now has 89 active cases with two hospitalizations. The county had 43 cases reported last Tuesday, a daily record during the pandemic, but saw that number decrease to 32 on Saturday and 21 on Sunday.

The new cases are located across the county according to a health department news release. They are linked to existing cases, travel and community spread of the virus.

The Montana Department of Public Health and Human Services announced 88 new cases across the state on Monday with 48 hospitalizations for a total of 1,248 active cases.

DPHHS also announced two deaths, both tied to an outbreak at Canyon Creek Memory Care in Billings. A woman in her 80s died on Saturday and a man in his 80s died Sunday, according to the Associated Press.

In response to the deaths, Gov. Steve Bullock said, “As we continue to see the tragic situation unfold at Canyon Creek, I call on Montanans to keep their guard up. We do have the ability to fight this virus and can protect our loved ones by wearing a mask and socially distancing, especially around those who are high risk.”

The Gallatin City-County Board of Health will meet Friday at 7 a.m. to discuss a local rule on mask wearing, according to county spokesperson Whitney Bermes. The board could create regulations that match the statewide order or could enact stricter local requirements.

Board members had planned to discuss a mask mandate last Tuesday but postponed their meeting due to unruly protestors. They then moved the meeting to last Friday before rescheduling it for this Friday to ensure compliance with state public notice requirements, according to a county news release.

The board is accepting public comment on a local mask rule via email and through a form on the health department website until Friday’s meeting.

Information on how to participate in the meeting will also be posted on the website.

With the statewide order, masks are now required for most people in most public settings. There is no penalty specifically for not wearing a mask. However, those who don’t comply could be asked to leave the area or ticketed for offenses like disorderly conduct or trespassing.

On Friday, Gallatin County Sheriff Brian Gootkin joined sheriffs from across Montana in writing a letter saying mask wearing is “a personal responsibility” and their focus will be education rather than penalties.

“The directive is not a mandate for law enforcement to issue citations and arrest violators,” the letter said. “As your locally elected sheriffs, we will educate the public about the governor’s mask directive.”

Bozeman Police Chief Steve Crawford said on Monday that city police officers are working with the health department to ensure people wear masks and, like the sheriff’s office, will focus on education and getting people to follow the rule voluntarily. However, if that doesn’t work, he said officers could give warnings or issue citations.

The police have received calls from businesses where unmasked customers have refused to leave when asked, he said. Officers have worked to resolve the issues and will continue to do so if additional issues arise.

“We want businesses and the community to know they can report any issue and we will respond,” Crawford said.