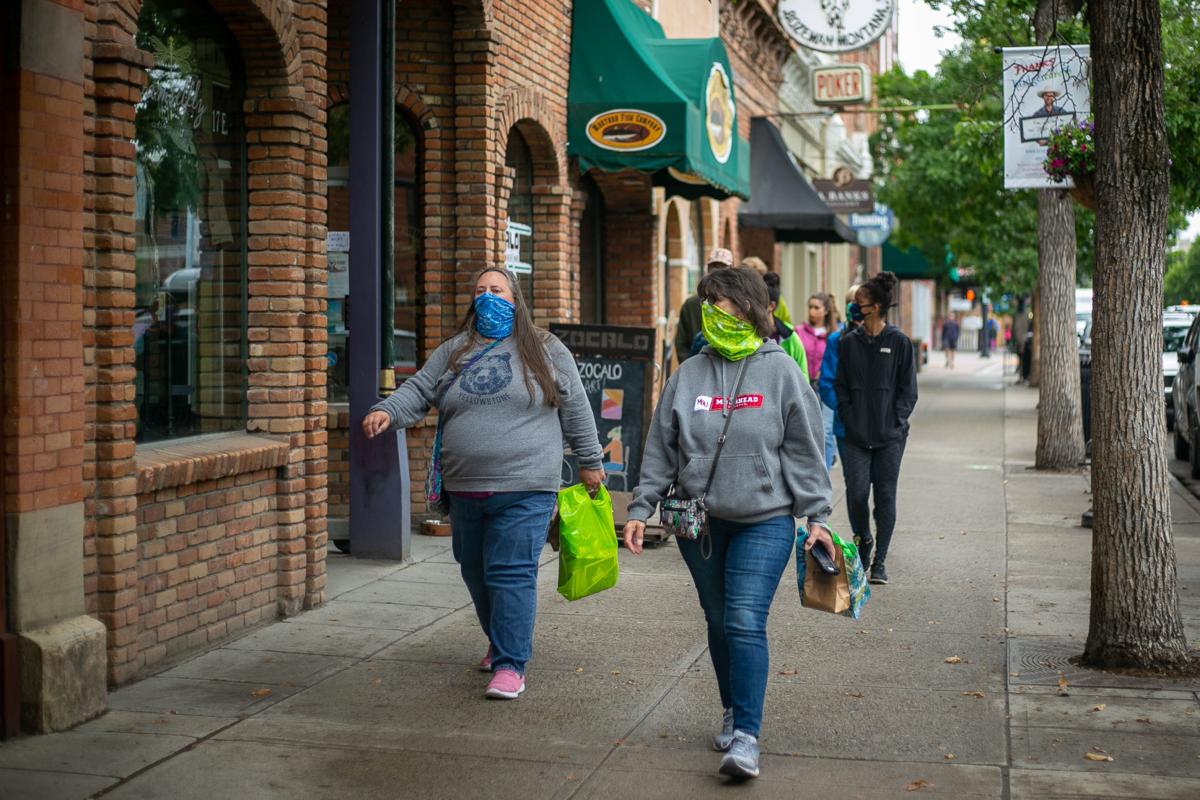 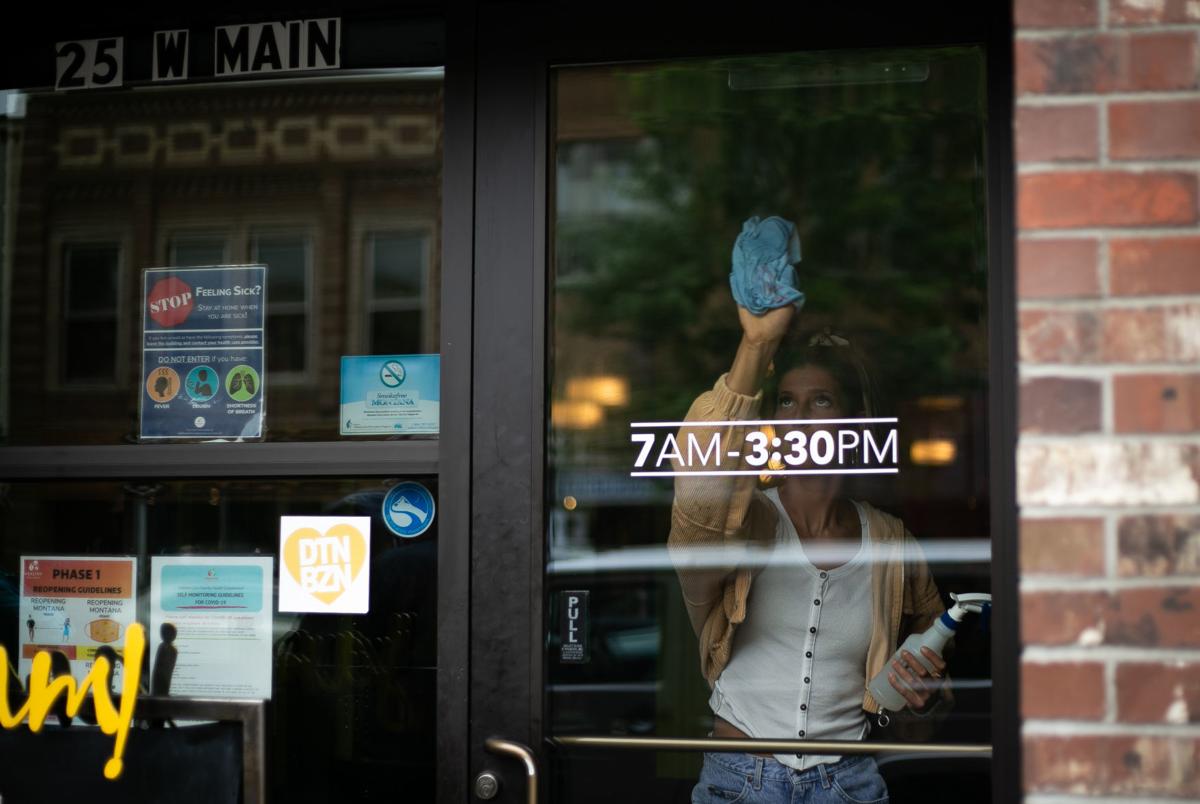 An employee at Jam wipes down and sanitizes the door and handle on Monday, June 29, 2020. Montana is still in phase two of reopening the state but recently Gallatin County has seen a spike in COVID-19 cases.

An employee at Jam wipes down and sanitizes the door and handle on Monday, June 29, 2020. Montana is still in phase two of reopening the state but recently Gallatin County has seen a spike in COVID-19 cases.

The increase in local cases came the same day Montana hit a record single-day increase with 56 new cases. Gallatin County continues to have the highest total number of cases of any county.

The county now has 43 active cases with one hospitalization.

The new cases are spread throughout the county, according to a Gallatin City-County Health Department news release. They are either connected to existing cases, a result of community spread or tied to travel.

The previous single-day high for the state was 35. Montana initially reported 37 cases last Thursday but revised the number down to 35 after it was discovered that one of the cases was out-of-state and one was removed after test results came back negative. Montana had hit 35 cases only once before on March 26.

As of Monday, Montana had 288 active cases with 13 hospitalizations, according to the Department of Public Health and Human Services. The state has had 609 recoveries and 22 deaths for a total of 919 cases.

Unlike the state data, the county data includes tourists and out-of-state residents who are recovering locally, according to the health department news release. The county and state also receive test results at different times and update their online databases at different times of the day.

DPHHS didn’t respond to a request for comment on the differences in state and local data by deadline.

Even with the discrepancies, it is clear the number of COVID-19 cases is rising.

Even as the number of cases rises, state and Gallatin County officials have decided not to revise their reopening plans. Last week, the Gallatin City-County Board of Health decided not to follow a request from several residents to require people to wear masks.

Other counties have implemented new restrictions in response to the growing number of cases.

On Friday, Big Horn County began requiring residents to wear face masks when outside their homes. On Thursday, the Blackfeet Tribe decided to keep the east entrances of Glacier National Park closed in response to a rise in cases.

“Individual choices, although they’re not often the easy ones, make a big impact on community wellbeing,” the release said.