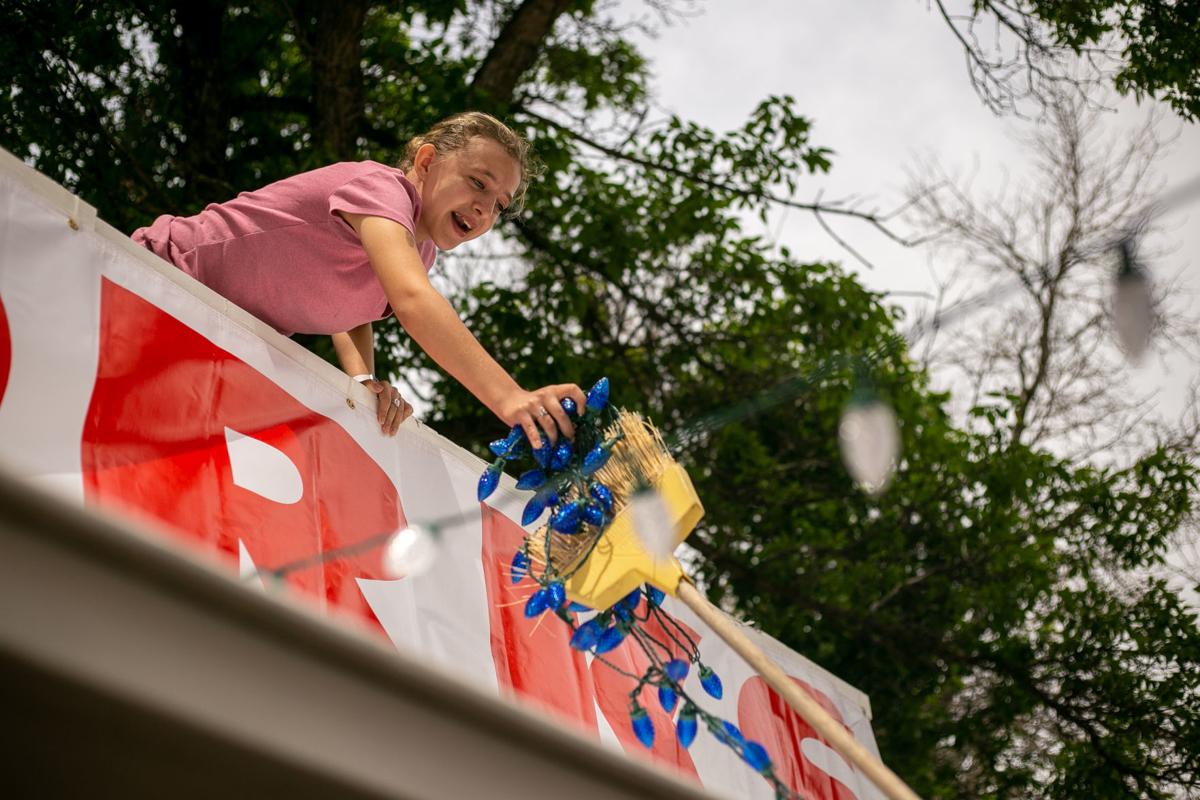 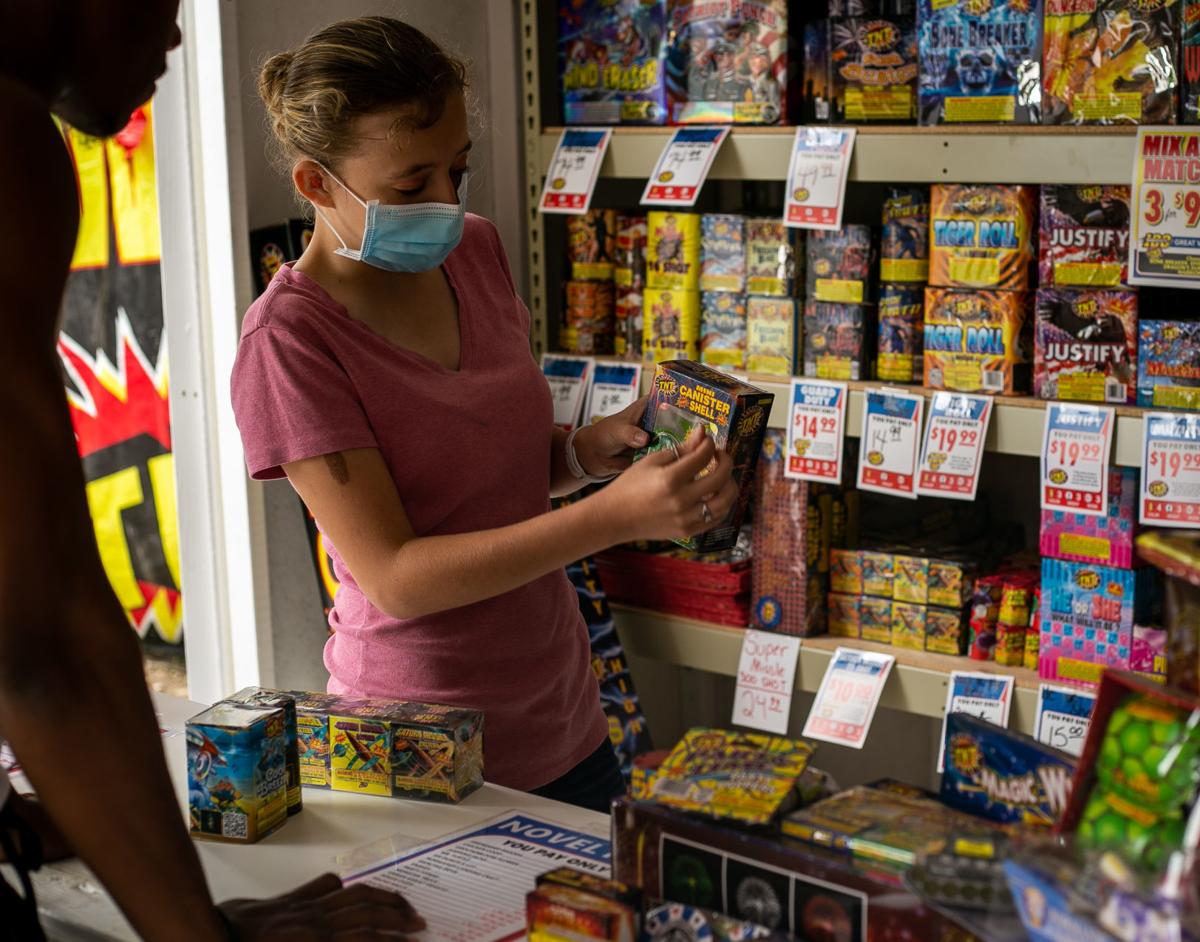 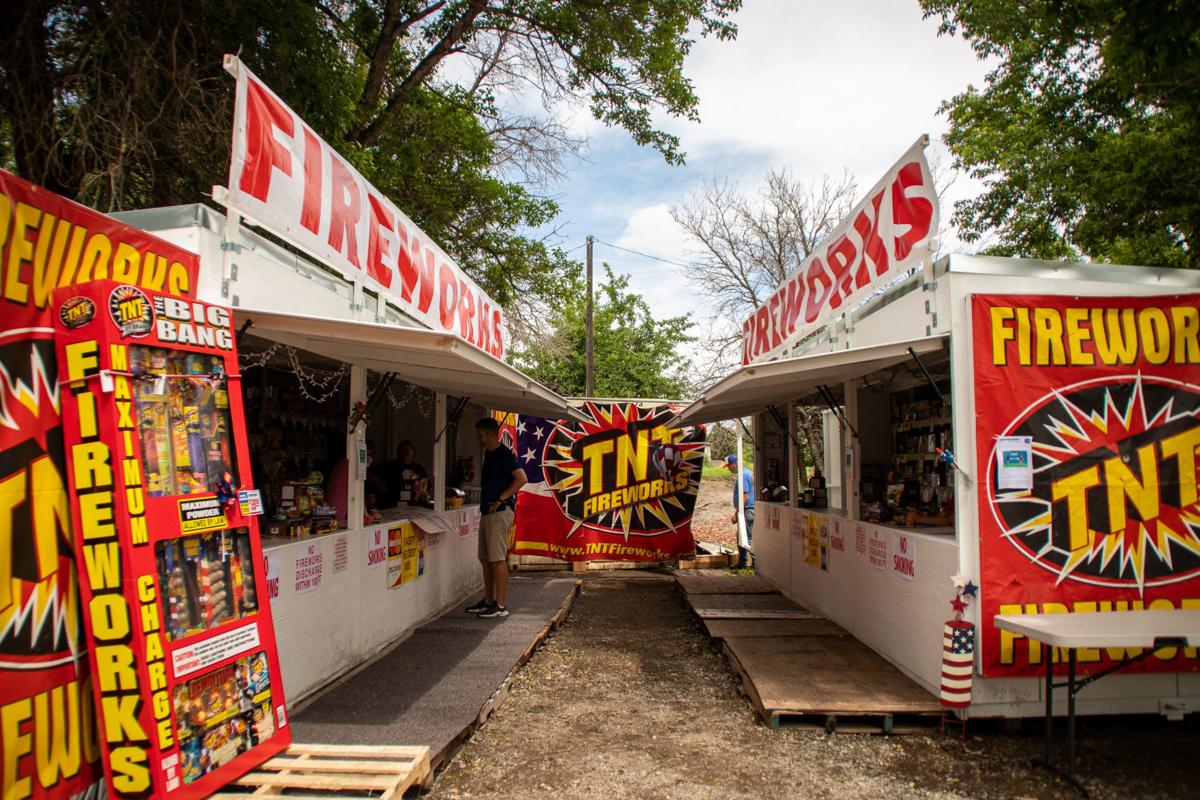 Family owned, TNT Fireworks sets up shop in preparation for the Fourth of July Thursday, June 25, 2020. 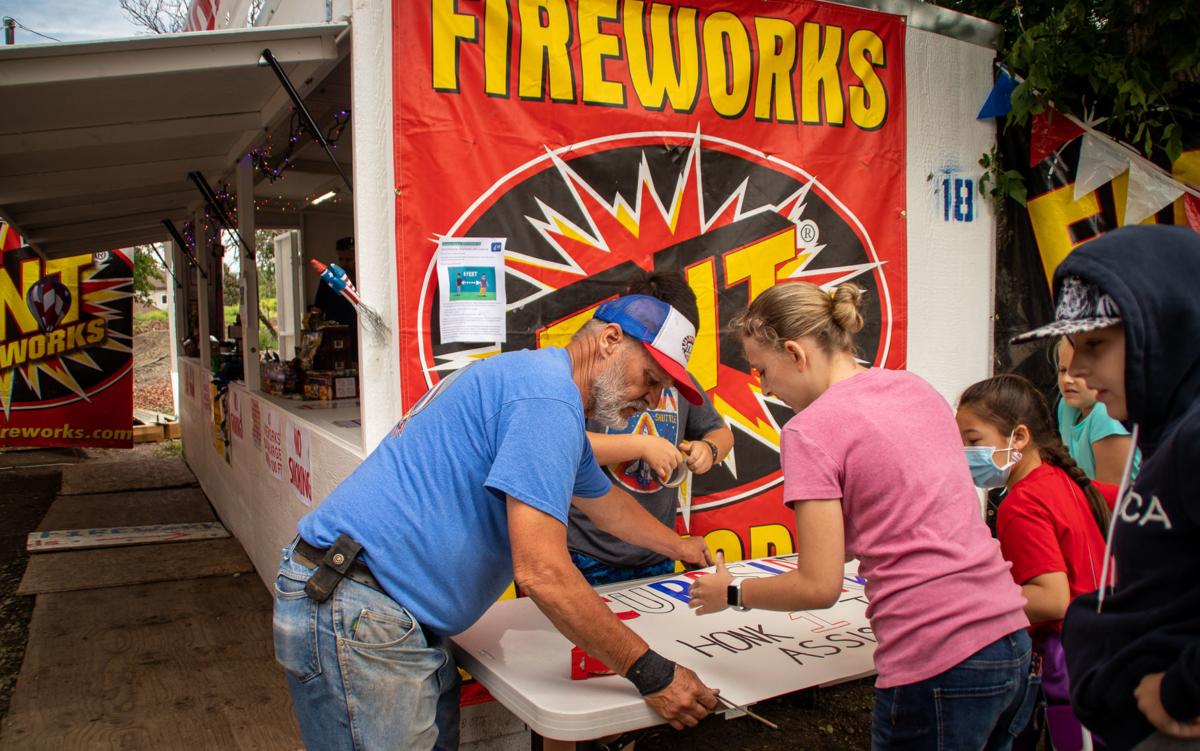 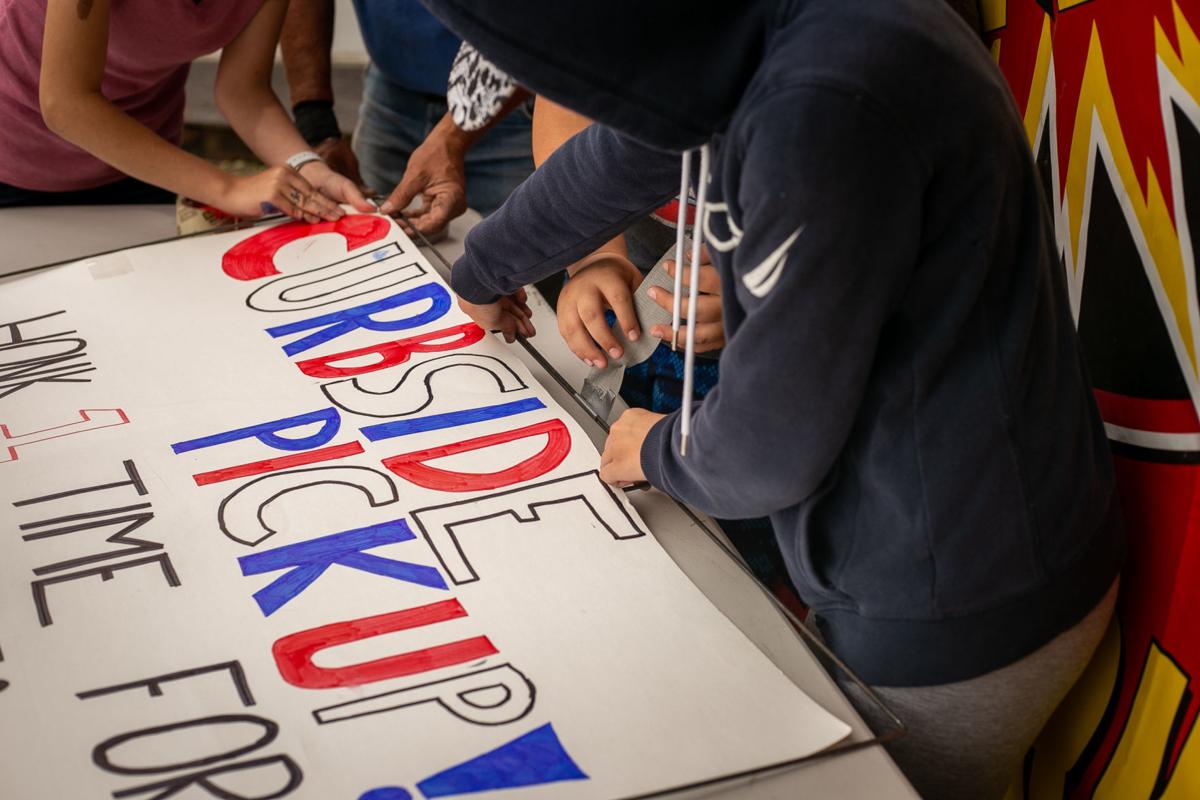 A "Curbside Pickup" sign is put together to be displayed along the road outside TNT Fireworks Thursday, June 25, 2020. 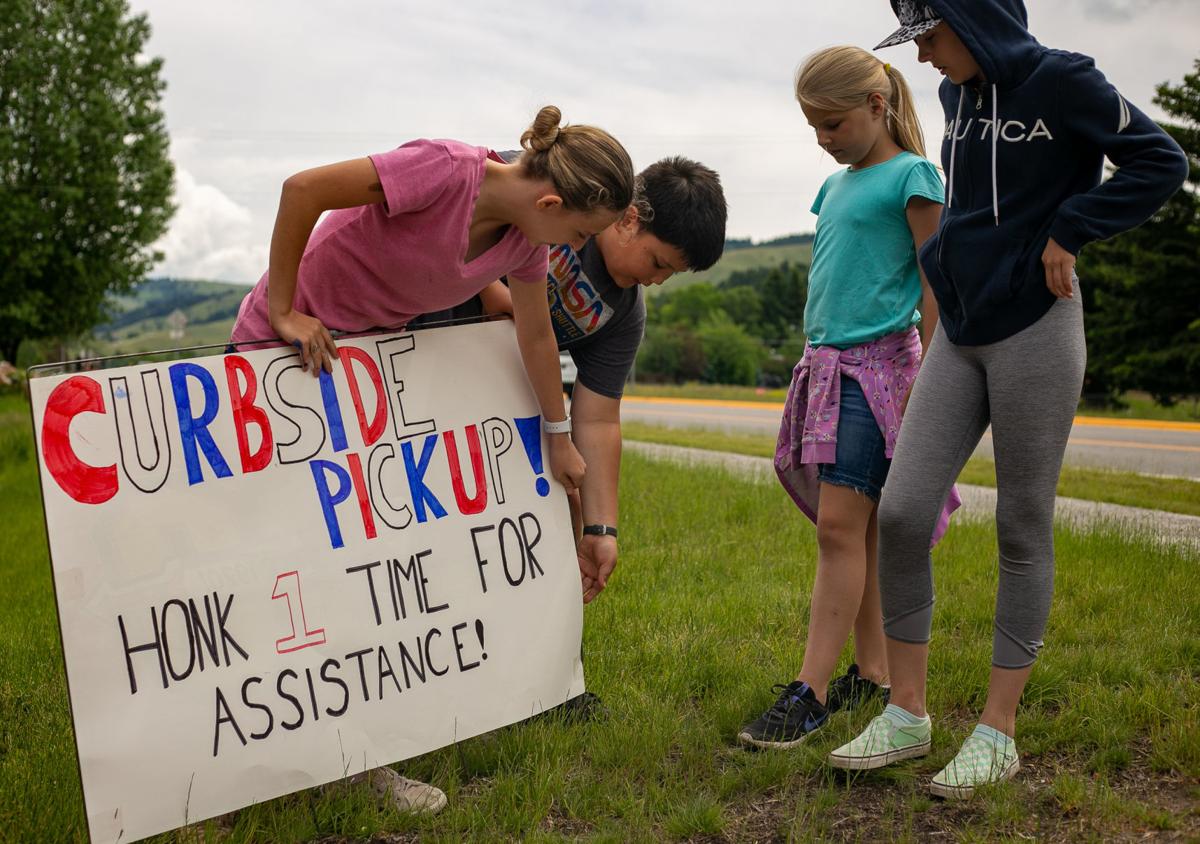 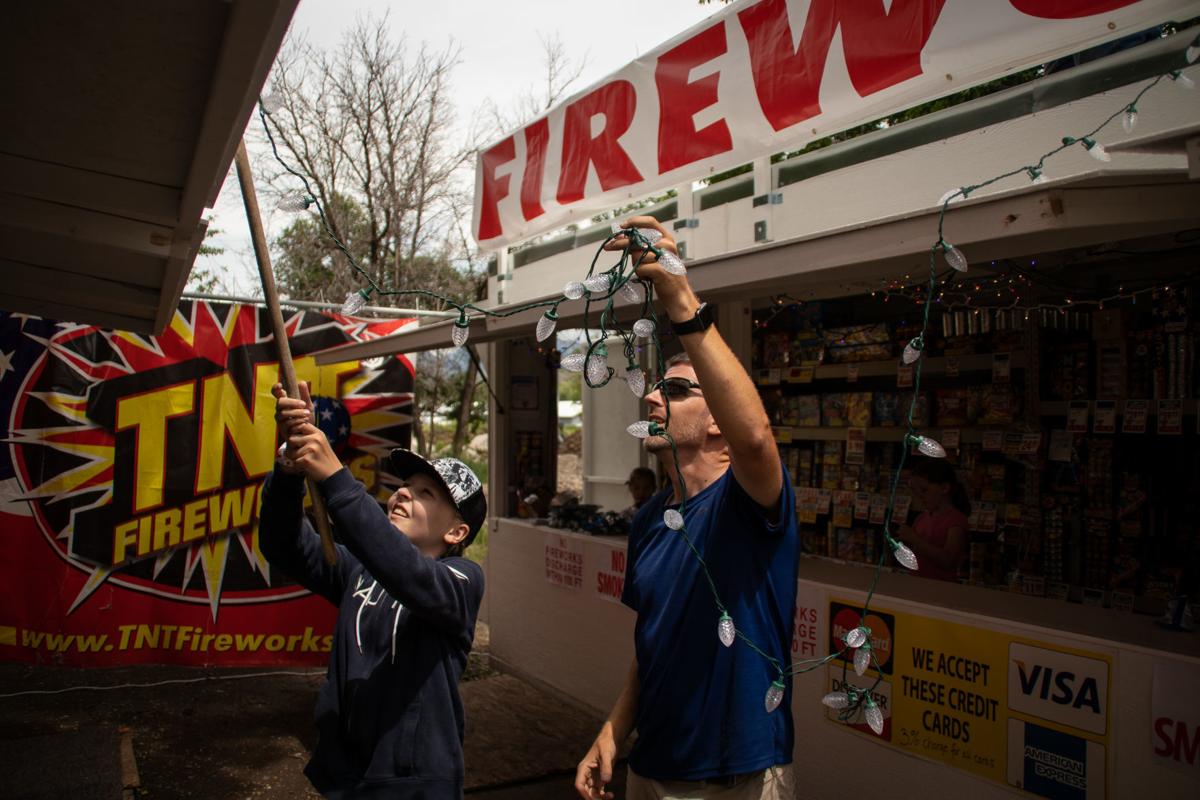 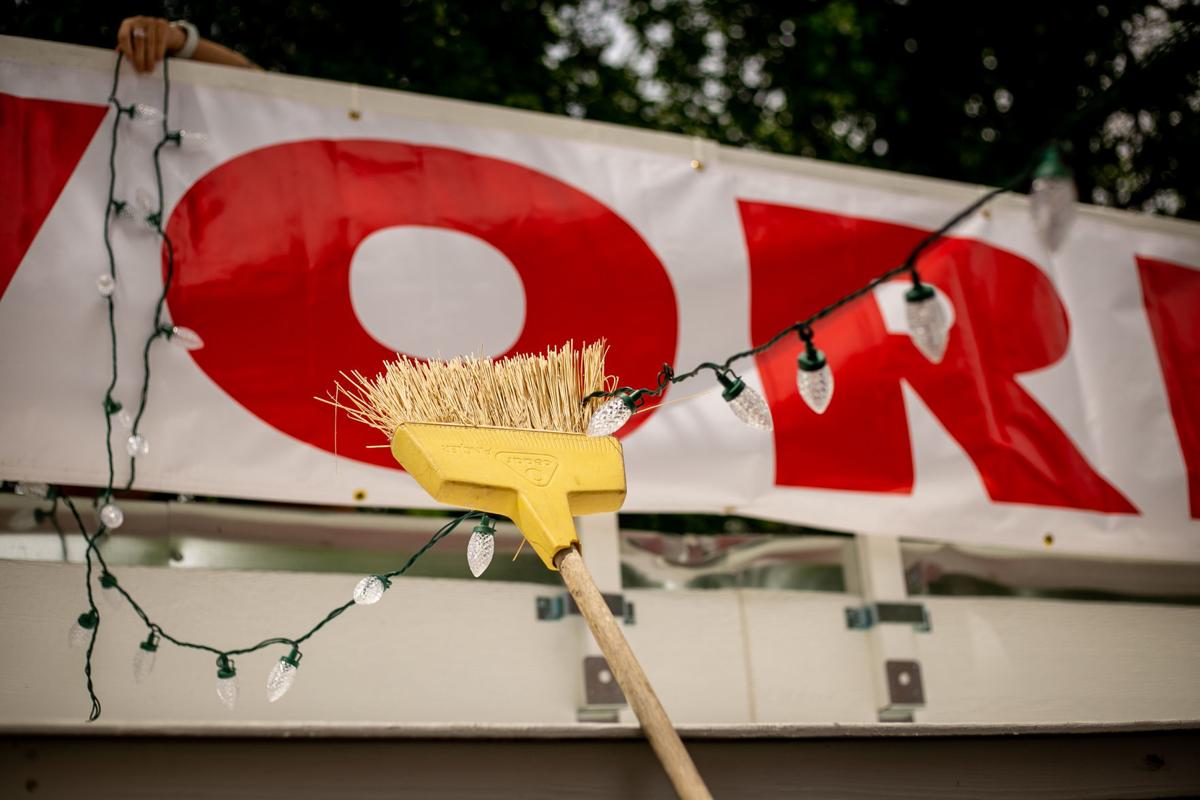 A broom is used to drape lights across two fireworks sheds Thursday, June 25, 2020.

Family owned, TNT Fireworks sets up shop in preparation for the Fourth of July Thursday, June 25, 2020.

A "Curbside Pickup" sign is put together to be displayed along the road outside TNT Fireworks Thursday, June 25, 2020.

A broom is used to drape lights across two fireworks sheds Thursday, June 25, 2020.

Fourth of July fireworks shows and events around Bozeman are canceled this year amid COVID-19 concerns, but locals can still set off fireworks at home.

“It has been our greatest pleasure to provide the Gallatin Valley, the surrounding area, and its visitors with the largest Fourth of July fireworks display in the west,” the club wrote in a statement. “We thank our major donors for their unwavering support over the past 25 years and truly appreciate all the community support. It was a good run!”

The club did not specify what prompted their decision to cancel the event.

The annual Livingston Roundup Rodeo and parade have also been canceled this year due to COVID-19. The Livingston Area Chamber of Commerce announced this May it would be canceling the 94th annual Roundup Parade in accordance with county and state orders to ban mass gatherings.

“We will not put anyone’s life in jeopardy or become an agenda to rhetoric conversations,” wrote Leslie Feigel, CEO of the Livingston Area Chamber of Commerce, in a May newsletter. “Next year will be a wonderful continuation of our historic event.”

The Livingston Roundup Rodeo, which would have celebrated its 96th year, followed suit, announcing over Facebook on May 21 the three day event would be canceled.

“The COVID-19 go the best of us and threw the yellow penalty flag. No score,” the post says. “We would like to thank the cowboys and cowgirls who supported us, our fans, stock contractor, announcer, barrel man, and all our sponsors.”

Those who purchased tickets for the rodeo can get refunds, according to the Livingston Roundup website.

The Arts Council of Big Sky announced May 15 it would cancel its annual Fourth of July celebration, which typically includes a fireworks show and live music.

Ennis Mayor Blake Leavitt announced June 12 he decided not to approve the permit for Ennis’ Fourth of July parade this year over concerns related to COVID-19. Leavitt said approving the permit would have conflicted with Gov. Bullock’s reopening plan. The Ennis Rodeo is still scheduled for July 3 and 4.

Jonnie Beth Lee of The Virginia City Area Chamber of Commerce said the area’s annual July Fourth Fireworks Extravaganza would also be canceled this year, as firefighters’ safety could be put at risk.

The Gallatin County Sheriff’s Office Thursday posted the rules of individual towns in the region, which differ.

In West Yellowstone, residents can set off fireworks from noon on July 1 to midnight on July 4.

Fireworks aren’t permitted on public lands, and people can call 582-2100 to report problems with fireworks that aren’t emergencies.

In Bozeman, fireworks can’t be set off on major streets or alleys or lit on or under motor vehicles. They also can’t be used within 300 feet of any public park or gas station, or within 1,000 feet of a hospital, assisted care or nursing facility.