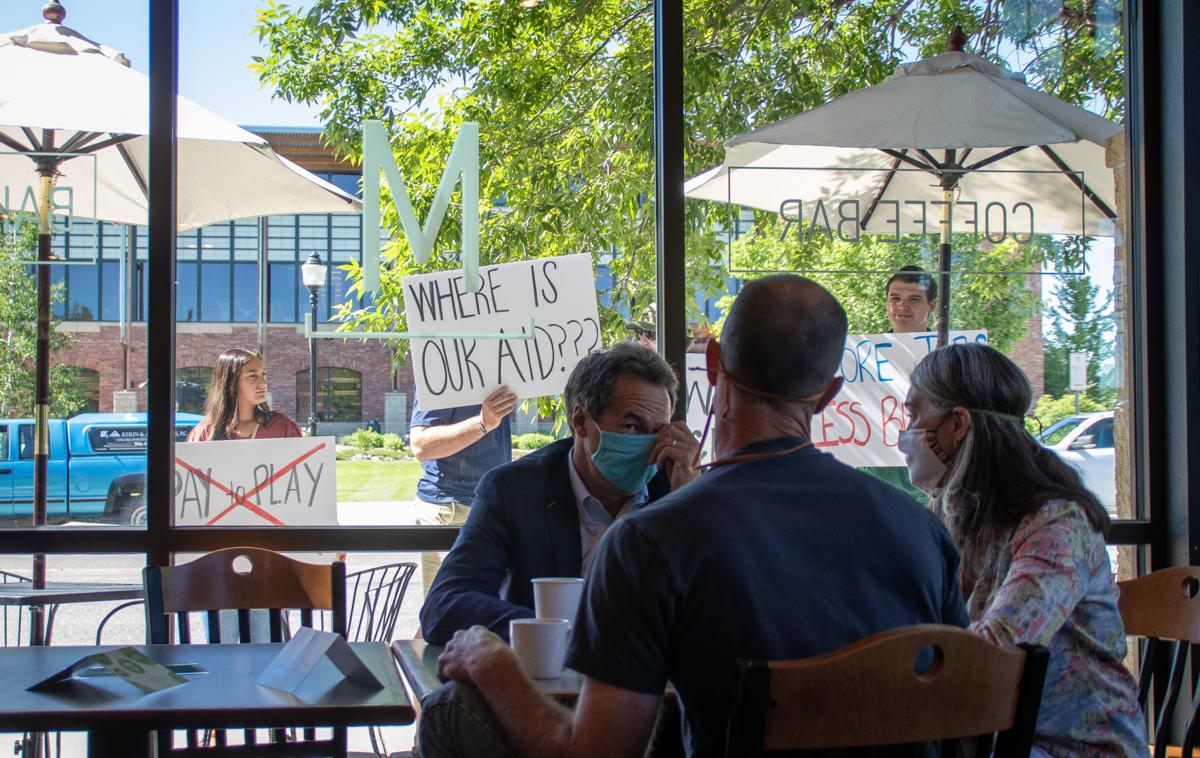 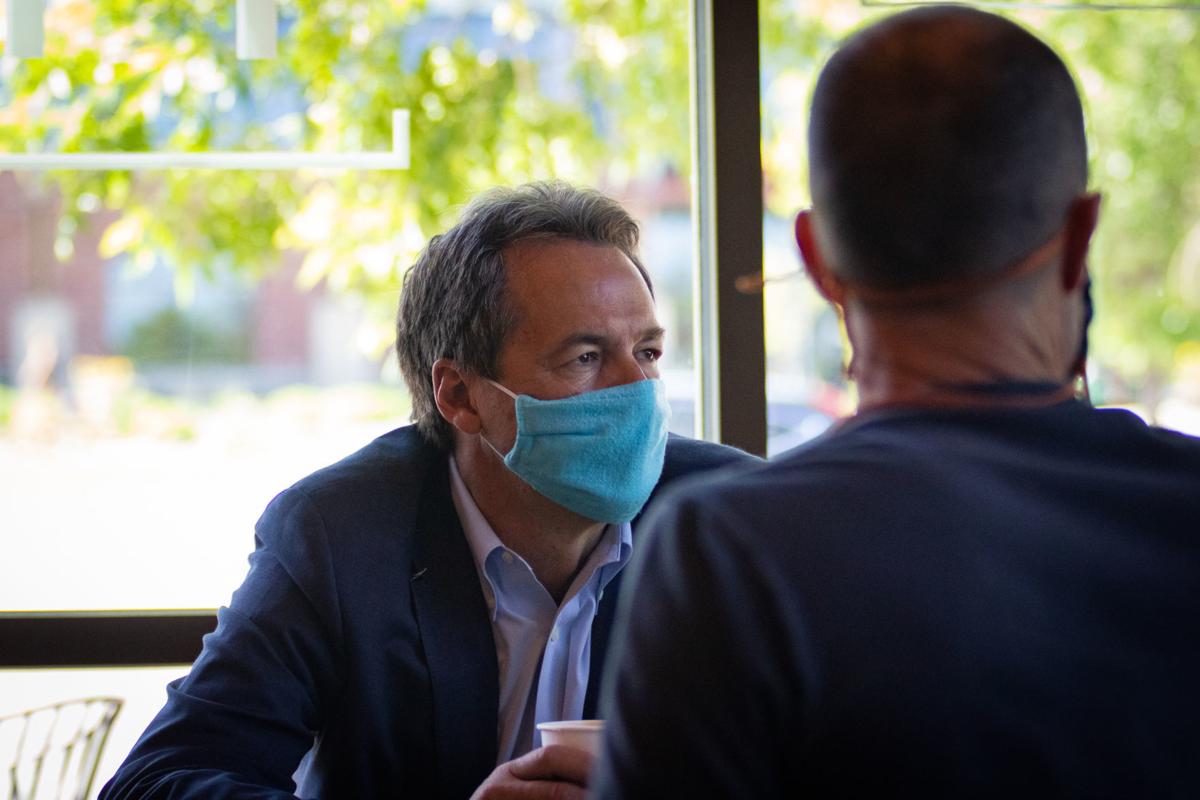 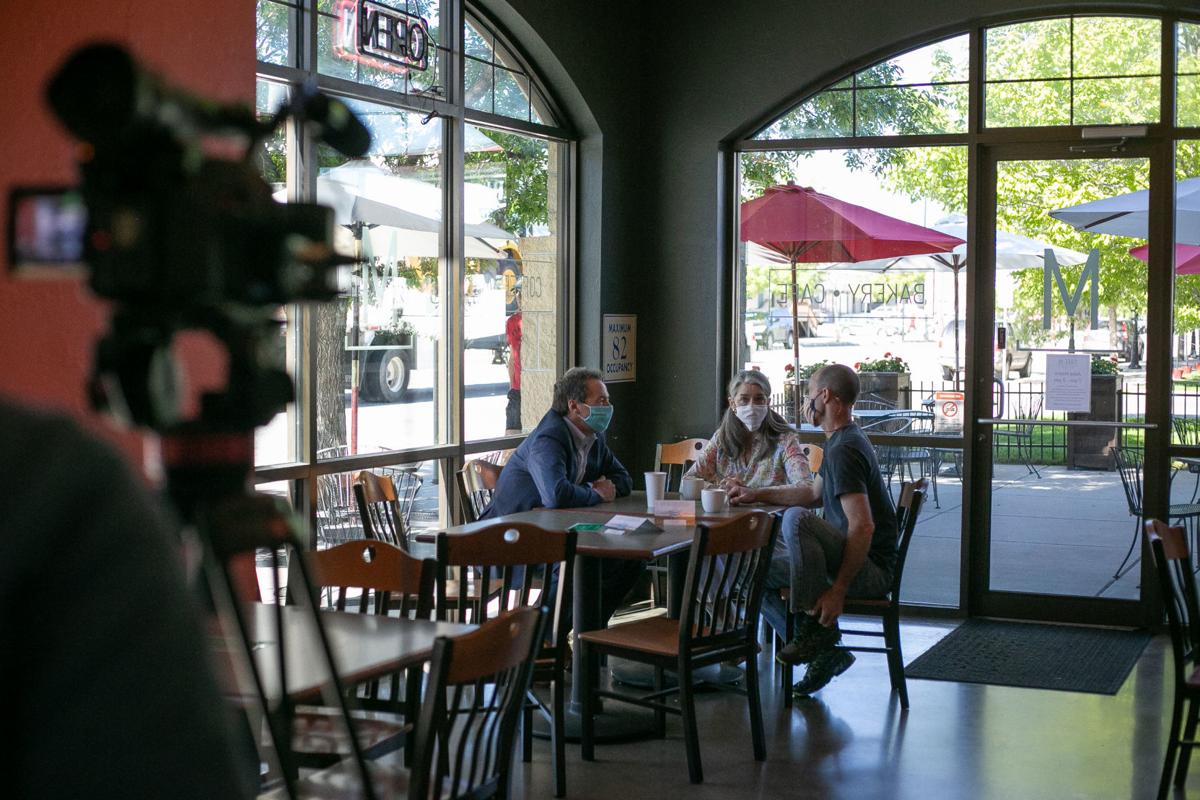 Gov. Steve Bullock meets with Cafe M owners Anne and Tom Gibson to see how they are using grant money to reopen their business Tuesday, June 23, 2020. 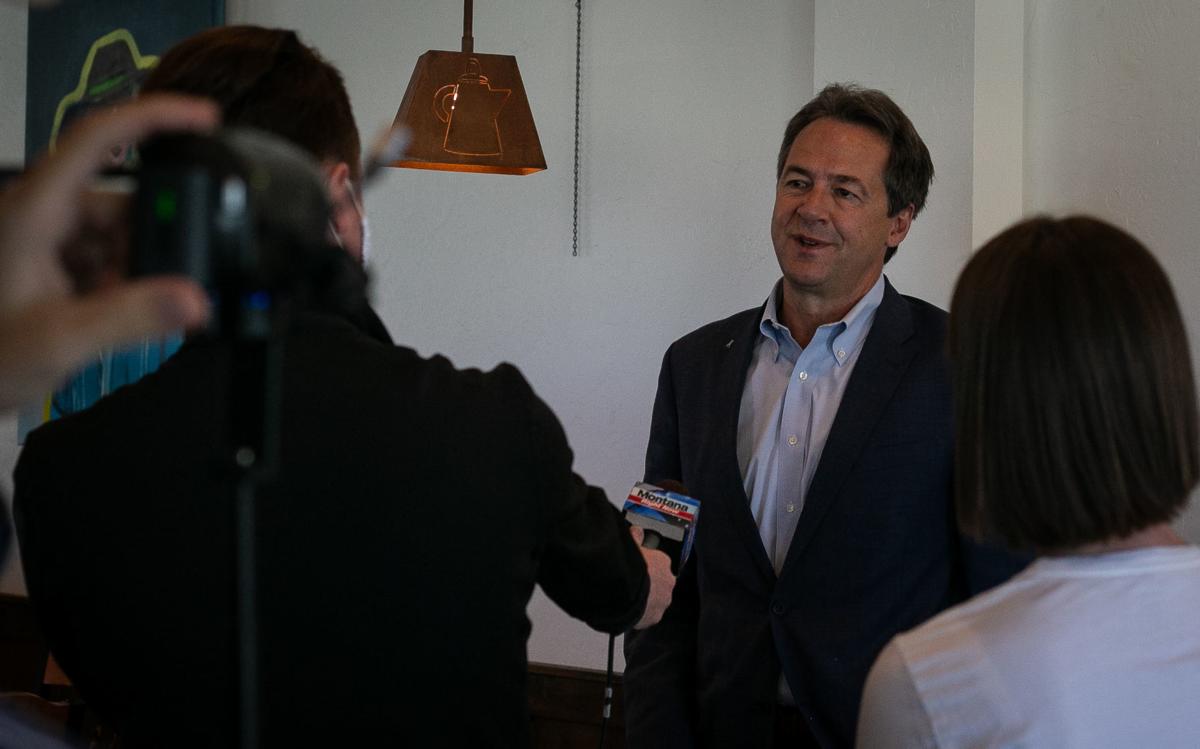 Gov. Steve Bullock meets with Cafe M owners Anne and Tom Gibson to see how they are using grant money to reopen their business Tuesday, June 23, 2020.

Café M was bustling on Tuesday morning as customers lined up to order coffee, cars pulled up to the drive-thru and a few people settled into armchairs with their laptops.

Gov. Steve Bullock sat at a table in the East Main Street coffee shop with owners Anne and Tom Gibson to hear how they are using a grant from the state to help them reopen amid the coronavirus pandemic.

In early May, Bullock created the business stabilization grant program, which provides small businesses with up to $10,000 to cover costs associated with the pandemic. The Gibsons received $10,000 from the program a few weeks ago.

“I was ecstatic when we got the email saying we were approved,” Anne said. “It really assured me that we’re going to make it through this. We’re going to be ok.”

The business stabilization grant is among the most popular of the new programs Bullock created with the $1.25 billion Montana received from the $2.2 trillion federal virus relief package. He initially set aside $50 million for the program but later increased that to $75 million based on demand.

So far, Bullock has launched about a dozen grant programs and has allocated less than half of the federal $1.25 billion.

Gallatin County has received the most money of any county at $4.7 million.

When Bullock chatted with the Gibsons, four people stood on East Main Street holding signs reading, “Where is our aid” and “Both ways Bullock.” They chanted “More jobs, less Bullock,” a riff on Sen. Steve Daines campaign slogan, “More jobs, less government.” The four protesters declined to give their names and said they weren’t affiliated with any organization.

Bullock, a Democrat, is running against Daines, a Republican, who is seeking reelection.

Some Republican state lawmakers have also criticized Bullock’s use of the coronavirus relief money. They have faulted Bullock for not acting more quickly to distribute the funds and have said they should be distributing the money rather than the governor and his Coronavirus Relief Task Force.

“As the sole authority tasked with distributing $1.25 billion in relief to Montanans, Gov. Bullock has given the opposite of transparency to Montanans, conducting all of his meetings in private,” Montana House Speaker Greg Hertz, R-Polson, said in a statement after a meeting with Bullock last week. “While Gov. Bullock continues to sit on this relief in Helena, Montanans are suffering all over the state.”

Bullock said the federal money is tracked on Montana’s coronavirus website and said the state is ensuring the money is used well by reviewing applications thoroughly.

He acknowledged that there have been delays in awarding the grants but said that’s because the state has had to process thousands more applications than usual.

“We want to certainly get that money out and also make sure that the controls are in place so that taxpayer dollars are used for things they should be,” Bullock said.

He said he has yet to distribute all the federal money because he wants to ensure Montana continues to have the resources it needs to respond to the pandemic.

This is the second time the governor’s office has come to Bozeman in the last week. On Friday, Lt. Gov. Mike Cooney visited the Museum of the Rockies to hear about the way the nonprofit used a $10,000 grant from the state’s portion of the federal coronavirus relief money to safely reopen.