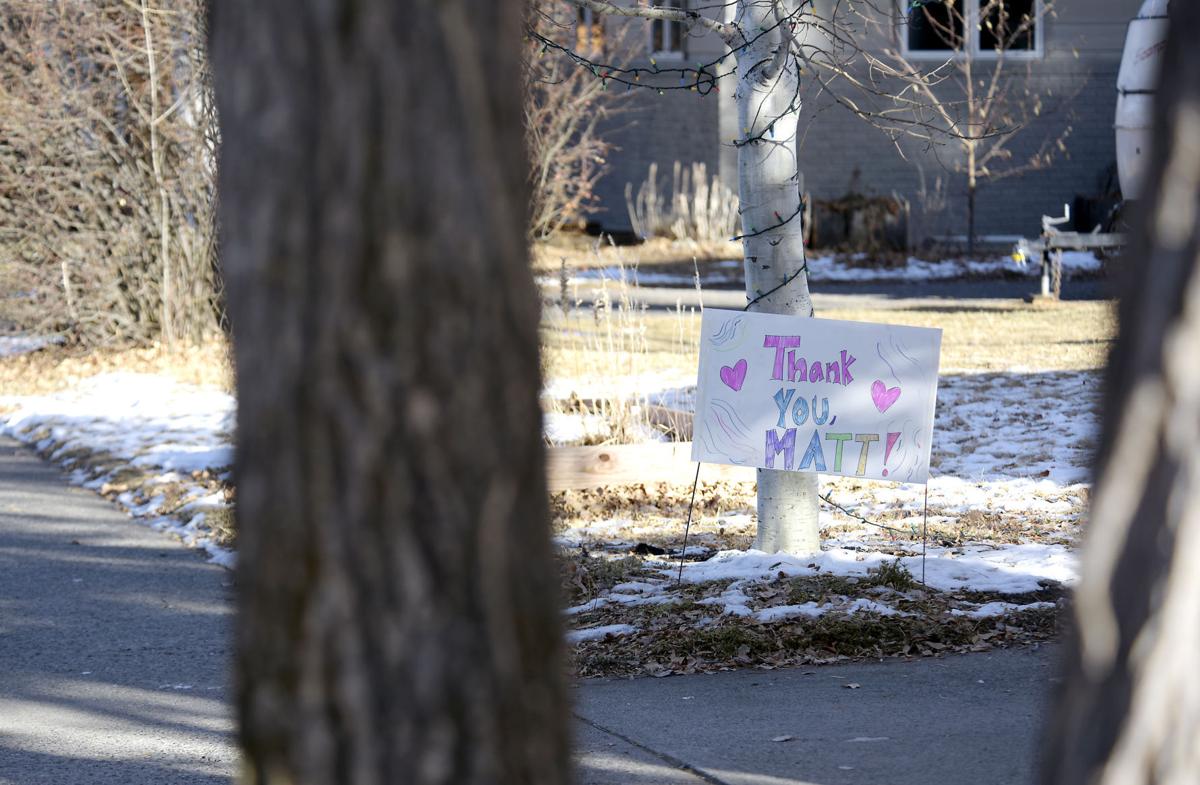 Matt Kelley's neighbor staked a sign in their yard that reads "Thank you, Matt." 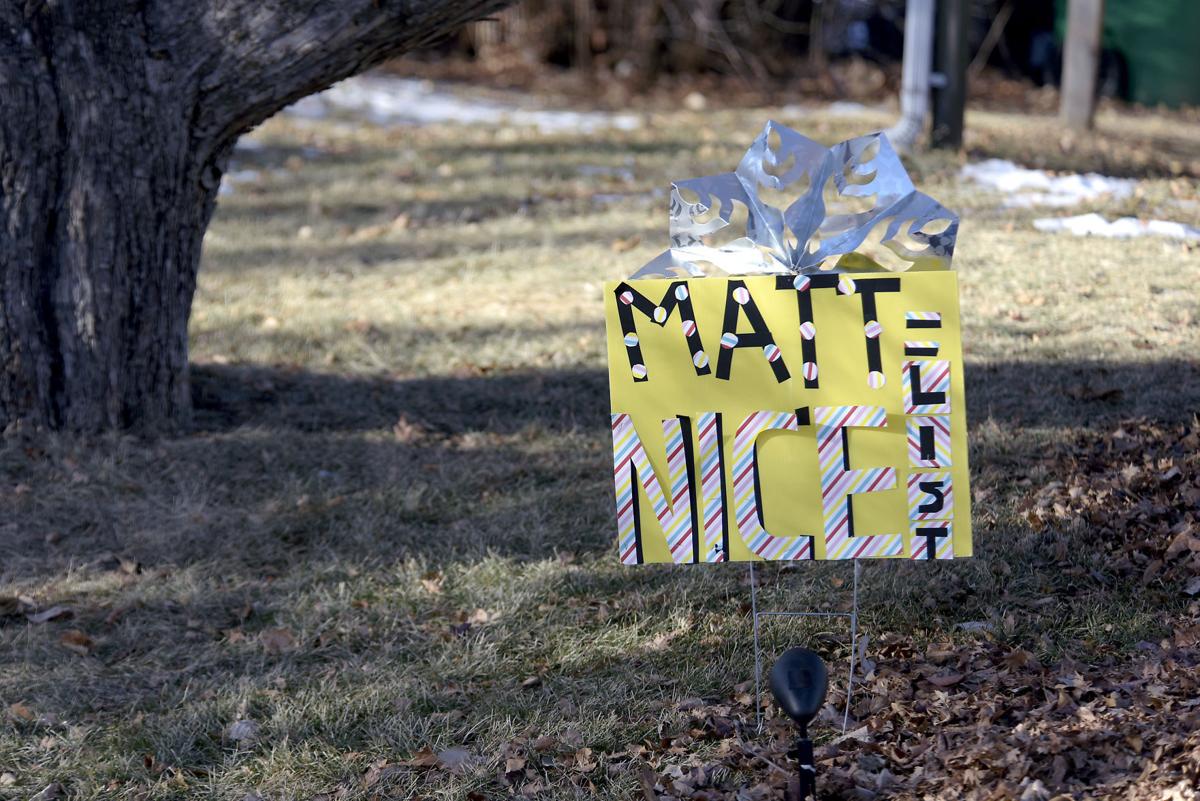 A neighbor of Matt Kelley made a sign that reads "Matt = Nice List" to show support for the health officer. 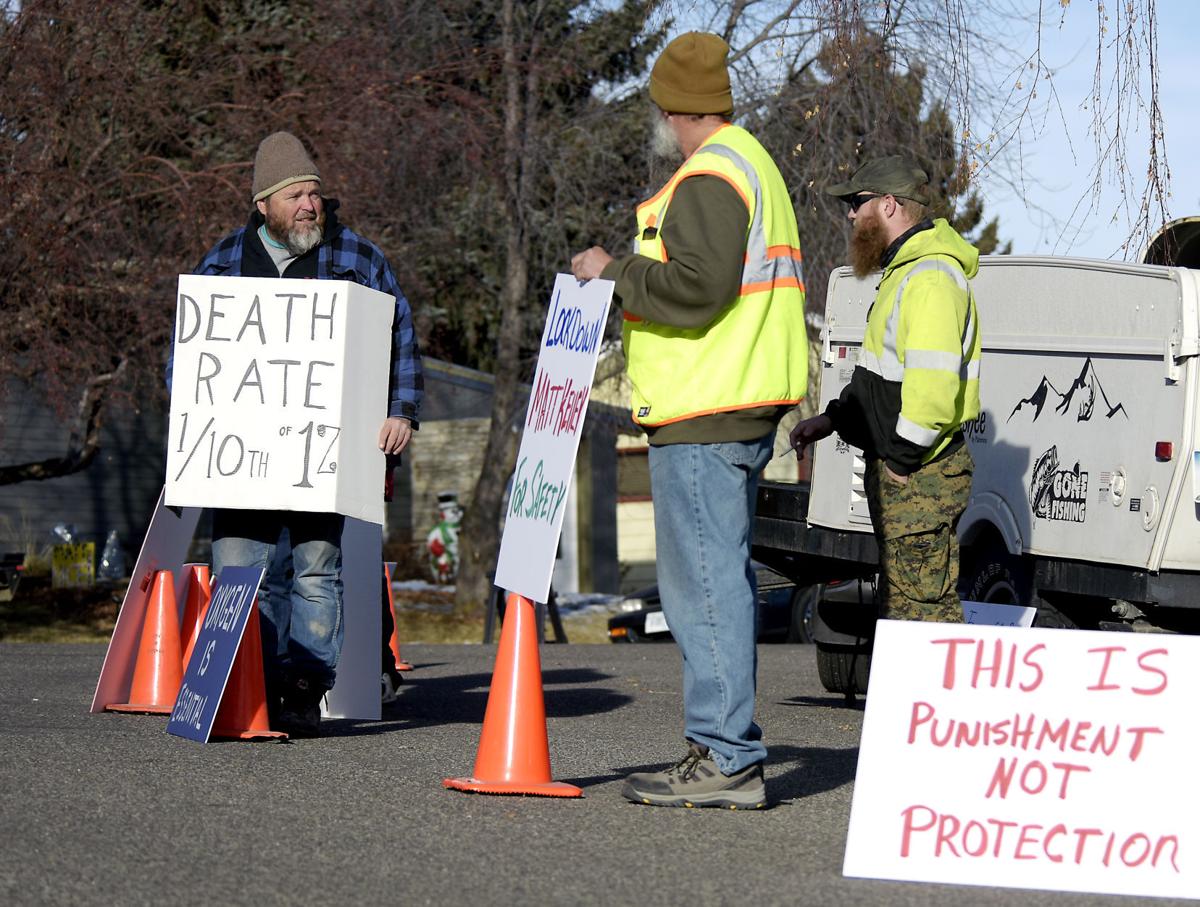 Roger Roots, left, a Libertarian from Livingston, holds a sign that reads "Death rate 1/10th of 1%." 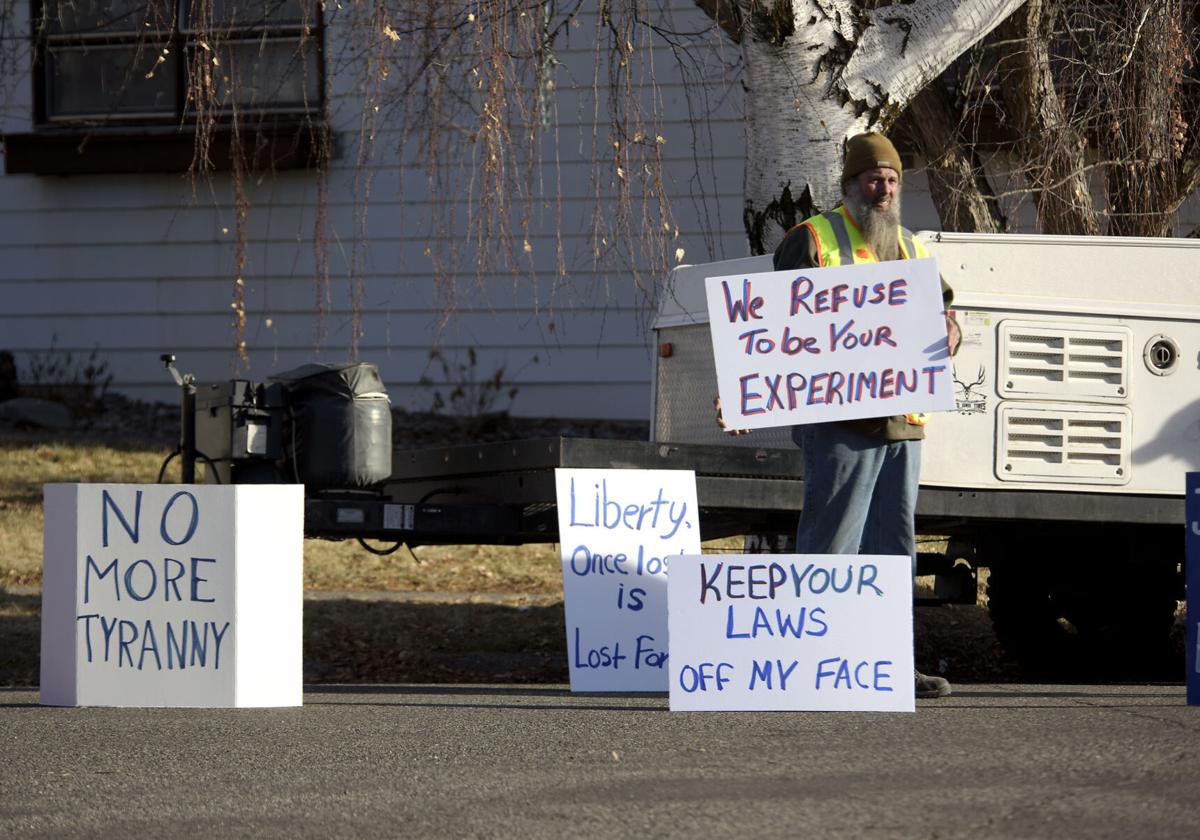 John Lamb, a Libertarian from Norris, holds a sign that reads “We refuse to be part of your experiment.”

Matt Kelley's neighbor staked a sign in their yard that reads "Thank you, Matt."

A neighbor of Matt Kelley made a sign that reads "Matt = Nice List" to show support for the health officer.

Roger Roots, left, a Libertarian from Livingston, holds a sign that reads "Death rate 1/10th of 1%."

John Lamb, a Libertarian from Norris, holds a sign that reads “We refuse to be part of your experiment.”

Bozeman police said officers are monitoring protesters who are outside health officer Matt Kelley’s house and calling for him to resign over coronavirus restrictions.

Monday marked the 12th day that protesters had shown up in front of Kelley’s house in Bozeman claiming that restrictions meant to stem the spread of the coronavirus are unconstitutional. Kelley’s order, the health board’s directives and Gov. Steve Bullock’s restrictions related to coronavirus all reference state law that allows them to implement measures to curtail emergencies like contagious diseases.

By 10:15 a.m. Monday, five men had gathered outside Kelley’s house holding signs that read “we refuse to be your experiment,” “death rate 1/10th of 1%” and “keep your laws off my face.” They propped other signs up against orange cones that lined parked cars.

Interim police chief Jim Veltkamp said officers are patrolling the area where the protest is happening and are being cautious not to escalate the situation. He said neighbors have complained about the protesters and whether what they’re doing could be considered harassment or intimidation.

“We are monitoring to make sure that no one crosses lines,” he said.

Veltkamp said police are trying to balance the protesters’ rights with making sure the protest doesn’t become something that can be considered harassment or intimidation.

“There’s so many variables that go into that that it could be a difficult answer,” said Veltkamp, adding that the protesters’ behavior and whether they go onto Kelley’s property are among the factors.

“By doing so, there’s a better chance that real communication takes place and a better resolution can be achieved,” Veltkamp said.

Anthony Johnstone, a law professor at the University of Montana, said he hears people on the left and right say something is unconstitutional when what they mean is they personally disagree with it. He said he hasn’t seen a group cite which part of the constitution health orders are violating.

“I’m not aware in Montana that any restrictions do that,” Johnstone said.

One way the health orders could violate the constitution is if they singled out a person or group for race, political beliefs, and religious and non-religious activities. Johnstone said health orders in the state are pretty “even-handed.”

“That’s what the First Amendment requires, is that public health orders be applied neutrally,” he said.

Another argument seen in other states is that governors and other local health authorities have overstepped their authority with the health orders. That hasn’t happened here. In fact, Johnstone said, there has been talk at the Legislature of reexamining the governor’s and local health officials’ authority because state law gives them broad powers to prevent transmission of a disease.

“Without more, it’s not clear what words in the constitution are at play here,” Johnstone said. “I think we should ask each other to be as precise as possible when we make a claim that something is unconstitutional.”

Some of Kelley’s neighbors have posted signs to show support for Kelley and his family. Signs staked in yards and taped to cars read “Matt = Nice list,” “thank you, Matt” and “I support public health.”

Last week, there was a rally in support of the work Kelley and health officials are doing. About 80 people lined Bozeman’s Main Street to show Kelley and public health workers that they were supported.

Since Bullock declared a state of emergency in March, 742 people in Montana have died from complications related to COVID-19. Of the 68,591 people who have been infected by the virus in the state, there were 17,197 active cases and 492 hospitalizations as of Monday.