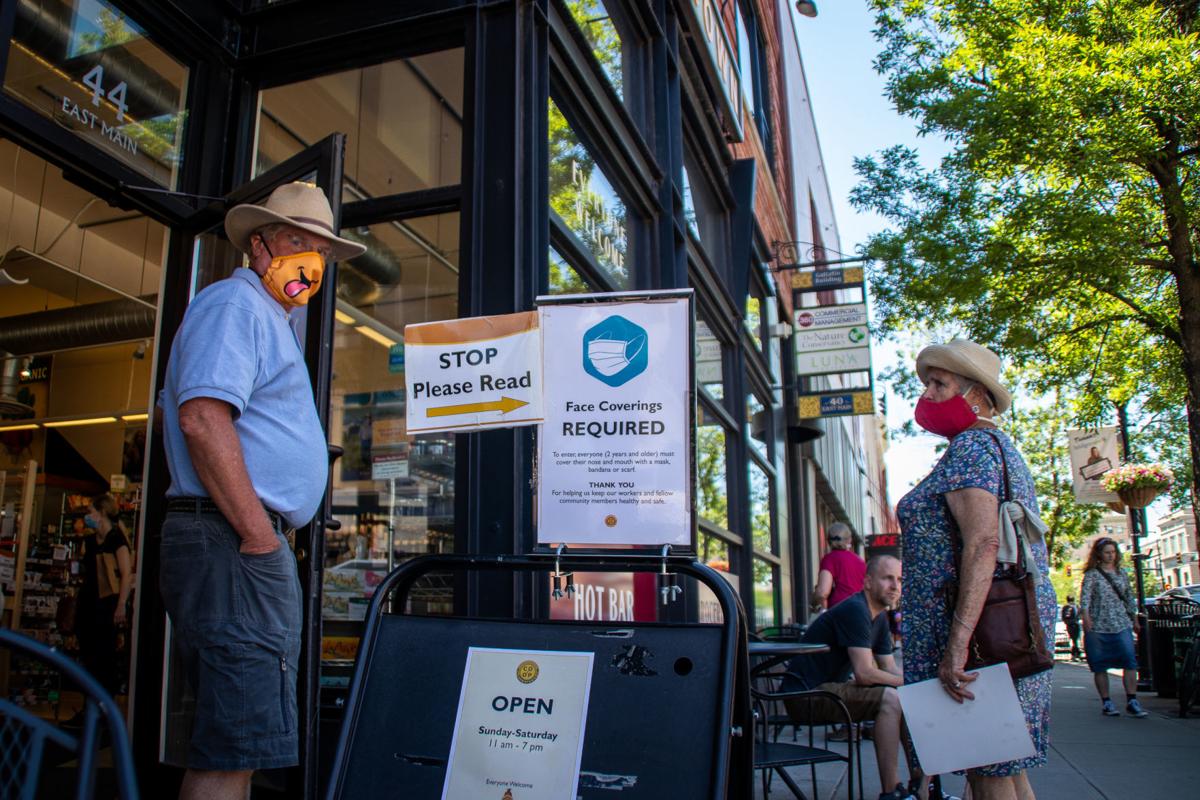 A man walks out of the Co-Op wearing a mask on Friday, June 26, 2020, in downtown Bozeman. The Co-Op requires all patrons to wear face coverings. 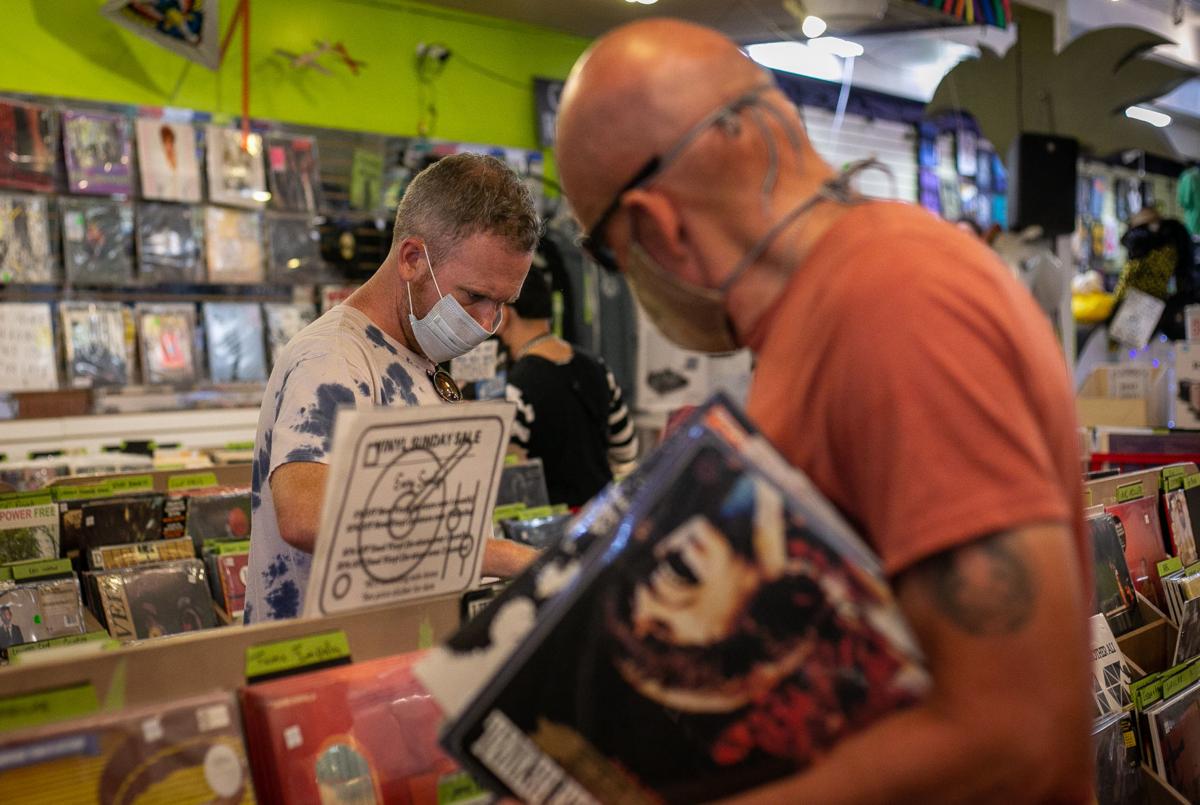 Shane Johnson, left, searches for a new record at Cactus Records on Friday, June 26, 2020. Cactus Records is one of the stores requiring face coverings downtown.

A man walks out of the Co-Op wearing a mask on Friday, June 26, 2020, in downtown Bozeman. The Co-Op requires all patrons to wear face coverings.

Shane Johnson, left, searches for a new record at Cactus Records on Friday, June 26, 2020. Cactus Records is one of the stores requiring face coverings downtown.

Recognizing his role in a leadership position, Kelly Wiseman wanted to show humility. So as the coronavirus pandemic continued spreading nationwide, he considered a decisive question: “What if I’m wrong?”

The answer to that question led Wiseman, general manager of Community Food Co-op, to require customers to wear masks in both of the store’s locations beginning in mid-May.

“If I’m wrong, we look silly and it was uncomfortable and we look goofy for a little,” Wiseman said. “But if the people who think we shouldn’t wear masks are wrong, more of us get sick or worse.”

While he said there has been occasional negative feedback, positive reactions outnumber them by about 10 times.

In addition to the Community Food Co-op, several other Bozeman businesses have required customers to wear face masks when entering. To limit the spread of COVID-19, phase two of Montana’s reopening plan recommends people to “strongly consider” wearing masks when in public, especially when 6 feet of distance from other people can’t be maintained.

State and local government officials haven’t required masks like in other parts of the country so some businesses have taken their own initiative on customers wearing masks. The Gallatin City-County Health Board decided Thursday not to mandate wearing masks.

Gov. Steve Bullock said at a news conference Wednesday wearing a mask is a preventative measure to protect other people since asymptomatic people could spread the virus.

“We’re not asking folks to wear masks at all times,” Bullock said. “It makes no sense to do so when you’re fishing with your family or when you’re driving in your car alone. But do so at the grocery store, the pharmacy, grabbing a coffee, going into the gas station.”

Before deciding to require customers wear masks in early May, Wiseman considered his staff. Employees were required to wear masks much earlier, but since not all customers wore them, employees felt at risk. The shift began when everyone in the store had to wear masks during early morning hours designed for seniors and immunocompromised shoppers.

Employees felt safer at those times, Wiseman said, and embraced the move to make it a full-time decision.

“They don’t like wearing them, but they’ve been very grateful we’re requiring them,” Wiseman said. “Everyone’s in the same boat. That makes us a lot safer than some of us being in the boat.”

All four explained how requiring masks is part of how they can do their part to limit the spread of the virus.

Costco, REI and Country Bookshelf have all also required face coverings in their stores. Some places with the requirement have masks available for customers to wear as well as specific hours to accommodate higher-risk populations and curbside pickup.

“I think it’s very important to try and do the best job one can given your particular business,” Noelle said. “... Requiring masks of my customers is the best thing I can contribute to an imperfect situation.”

At Cactus Records, the rule came with “no hesitation” when case numbers began spiking in early June. Madeline believed most of the negative comments related to misinformation about masks and the state’s recommendation while in phase two.

A customer once told Madeline she didn’t need a mask because of her age, she recalled, and she replied by saying he didn’t know that. She was then berated.

But the negative feedback directed at Madeline, and other businesses, have been mostly outweighed by the grateful comments of those wanting to cooperate.